The main function of the New CCTV Tower is to serve as the headquarters for CMG (China Media Group). The former CMG headquarters was another building, the China Central Television Building at 11 Fuxin Road around 15 kilometers (9.3 miles) to the west.

Beijing is home to many historical sites such as the Forbidden City, the Great Wall of China, Summer Palace, and many more. Although Beijing is filled with these lovely ancient attractions, it also has some modern odd-looking buildings and a great example here is the New CCTV Tower.

A Futuristic Building in the Old Capital

The New CCTV Tower has a shiny look which when the sun is at the right angle, directly looking at it for more than some seconds may even hurt your eyes. The design of this building is also very odd shaped and the engineers have put an enormous amount of work into it.

The New CCTV Tower also known as the CMG Headquarters has a height of 234 meters (768 feet). The tower also has 51 stories inside which alongside its height, we can easily call it a skyscraper. It is located on East Third Ring Road, Guanghua Road in the Beijing Central Business District (CBD). 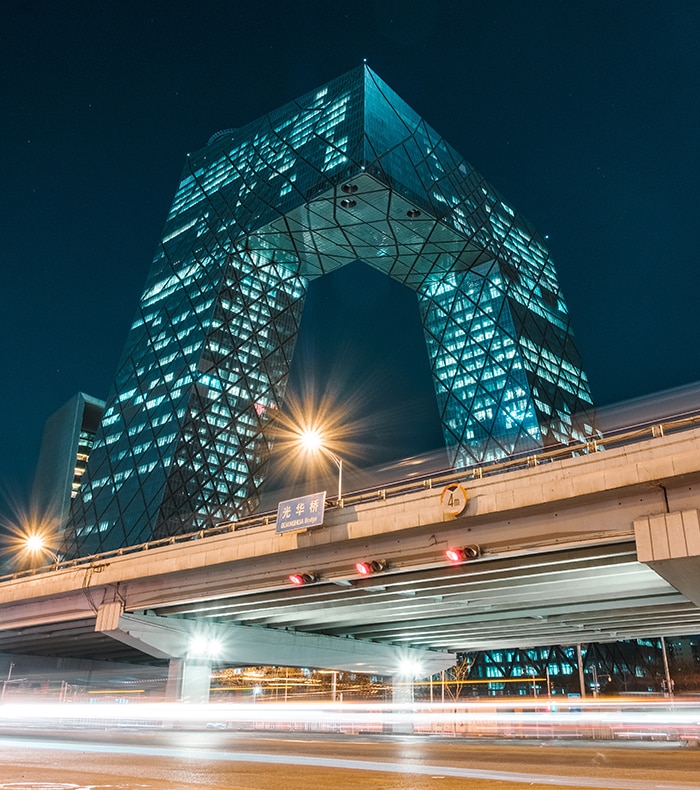 Who designed the New CCTV Tower?

This magnificent piece of rich architecture has been designed by The Office for Metropolitan Architecture (OMA), a Dutch architectural firm based in Rotterdam, Netherlands. The OMA is an active global brand and currently has many building all around the world in Europe, Middle-East, the Americas, Asia, and Oceania.

In 2002, on January 1st they won the contract from the Beijing International Tendering Co. and became the official constructors of the CCTV Headquarters and the Television Cultural Center.

Two architects designed the New CCTV Tower, Rem Koolhaas a Dutch architect and founding partner of OMA, and Ole Scheeren a German architect. Both of them are award-winning architects and have worked on numerous projects all around the world. The complex engineering design of the building is a work by Cecil Balmond of Arup Group, a Sri Lankan–British designer.

New CCTV Tower, the Best Tall Building of the World 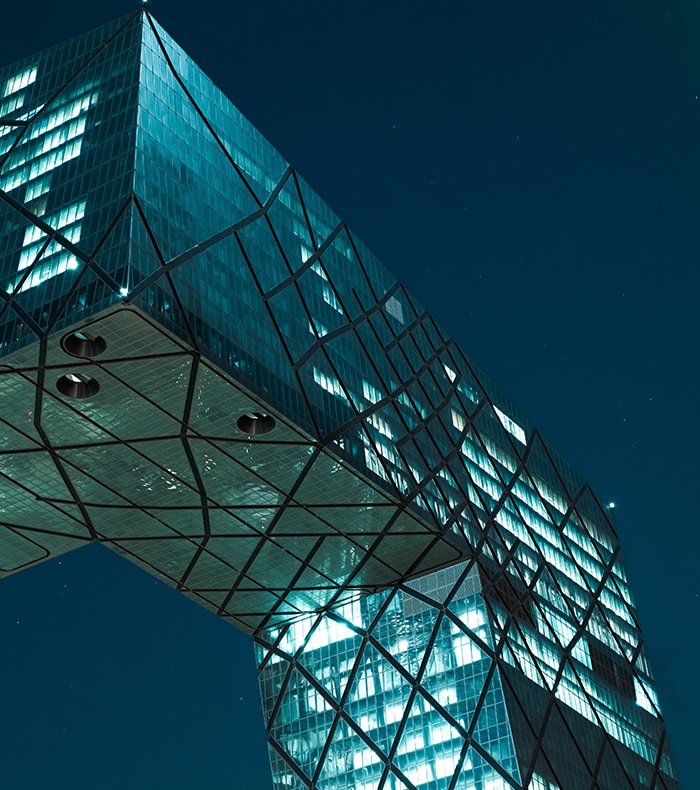 OMA also won an award at the Cityscape Architecture Review Awards Gala in the mixed-use category for their design which took place in 2007 on October 18th, in Dubai, UAE. New CCTV Tower is between the first of 300 new towers of the new Beijing CBD. It has all the offices and studios of Administration, broadcasting, news, and program production within itself.

As it is quite obvious at first glance, this is not a traditional tower and has not seen a traditional construction. The main building of this futuristic landmark is made up of six horizontal and vertical sections which shape a loop. It creates an odd grid on the facade of the building with an open center. The floor space of the building has an area of 473,000 square meters (5,090,000 square feet).

Based on the form of its design, it was a real challenge to construct it and one of the biggest reasons was the fact that it was located in a seismic zone which made constructing it much more challenging. About building the Tower, Rem Koolhaas one of the main architects has said that the Chinese could never conceive the design and the Europeans could never build it and it is a hybrid by definition.

The New CCTV Tower has a radical shape and has been nicknamed “da Kucha” by a local taxi driver which would roughly mean “big boxer shorts” or “big pants.” A Chinese critic had claimed that the building has been modeled based on a pornographic image of a woman who is on her hands and knees. This has been officially denied by Rem Koolhaas.

In 2007, on May 30th, the New CCTV Tower was built in three buildings. Then, these three structures were joined to form one and a half buildings. This connection was planned for the early morning so that the steel in each tower would cool at the same temperature and would not lock in structural differentials.

The New CCTV Tower building was part of a media park planned to shape a landscape of public entertainment, production studios, and outdoor filming areas as a central green axis of the CBD extension.

In 2009 on February 9th, on Lantern Festival day, the fireworks ignited the Television Cultural Center and it caught on fire. This building was the adjacent building to the New CCTV Tower in the complex and caused a delay in the construction of the tower.

The complex was to have the Beijing Mandarin Oriental Hotel, which was 160 meters (520 feet) that was severely damaged by the fire, a large public theater, two recording studios with three audio control rooms, a digital cinema, two screening rooms, and a visitor’s center.