Established in 2008, Shanghai World Financial Center (SWFC) is a supertall skyscraper designed by Kohn Pedersen Fox as a first-class financial center in China.

Located in the Pudong district of the city, The Shanghai World Financial Center (SWFC) is among the ten tallest buildings in the world established in 2008. This Center is a multi-functional skyscraper including offices, hotels, observation decks, conference rooms, and shopping malls on its ground floor.

This massive structure has a mirror surface that would look beautiful throughout the day. Kohn Pedersen Fox designed It, and the Mori Building Company did the developments. Shanghai Construction Group General Co. and China State Construction Engineering Corp were the main contractors of the project.

After the opening in 2008, the Shanghai World Financial Center was the 9th tallest building on the planet and the 4th tallest in China. The tower has different observation decks accessible to the public.

The design of the Shanghai World Financial Center has been praised by many, and in 2008 it was called the year’s best completed skyscraper by architects. The tower also received the Best Tall Building Overall alongside Asia & Australasia awards given from the Council on Tall Buildings and Urban Habitat.
Carol Willis, the head of New York’s Skyscraper Museum, has praised this structure. There are also other praises from world-renowned architects about the innovative structural design and how genius it was. 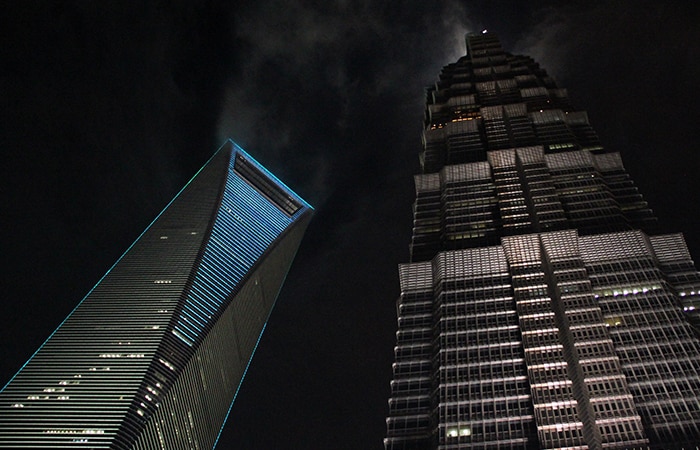 In 1997, the foundation stone of the tower was laid on. During the late 1990s, there was some funding shortage due to the Asian financial crisis, which resulted in the interruption of the project. The building was supposed to be 460 meters (1,509 feet) at first, but the Mori Group increased the height and changed it to 492 m (1,614 ft) and making it a 101 stories tower.

Construction of the new building was resumed on the foundations for the original design in 2003. It was in 2007 when the tower reached its full altitude of 492 meters (1,614 feet) after the final steel girder installment.

The tower officially opened in August 2008 and observation decks were opened to the public.

Several multinational companies have provided the finances to build the tower. Among them, there are Chinese, Japanese, and Hong Kong banks alongside American and European investors. 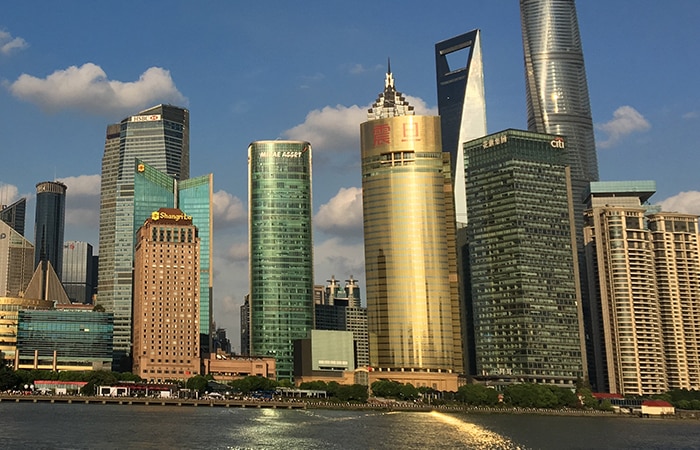 The trapezoid aperture at the peak is the most unique design feature of the Shanghai World Financial Center. The original design of the tower had a circular hole, but this design faced controversial issues from Chinese people, including the mayor of Shanghai. He claimed that it was very similar to the design of the sun in the Japanese flag.
It was later when the alternative model and a trapezoidal hole replaced the circle. This change in design also made the design easier to implement.

The trapezoid hole in the top of the tower is made up of reinforced concrete and structural steel. There are diagonal-braced frames to enhance the carriage of all forces that the building faces such as wind loads, heavy equipment, and the people in the building.

You will see a great view of Shanghai and the Huangpu River. This floor is also great for exhibitions and you can enjoy the cafe bar and souvenir store.

This floor provides a great view of photography. Also, there is an open skylighted ceiling, which is open in good weather situations.

It contains a 55-meter-long corridor and it provides a transparent glass floor. You can feel walking on the air in this view and take a look at the top of the Oriental Pearl Tower just in front of yourself. 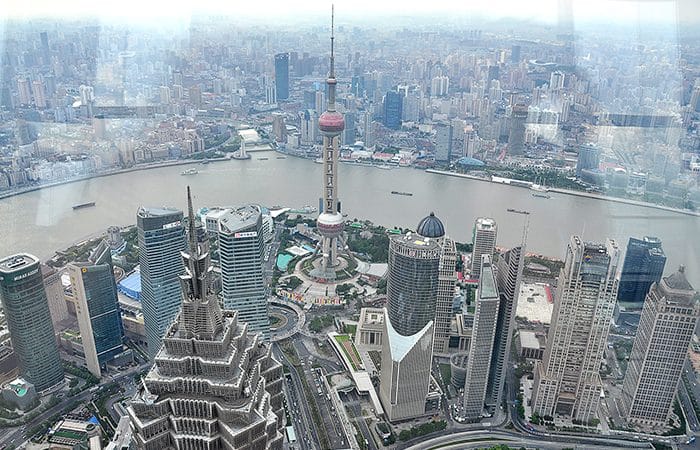 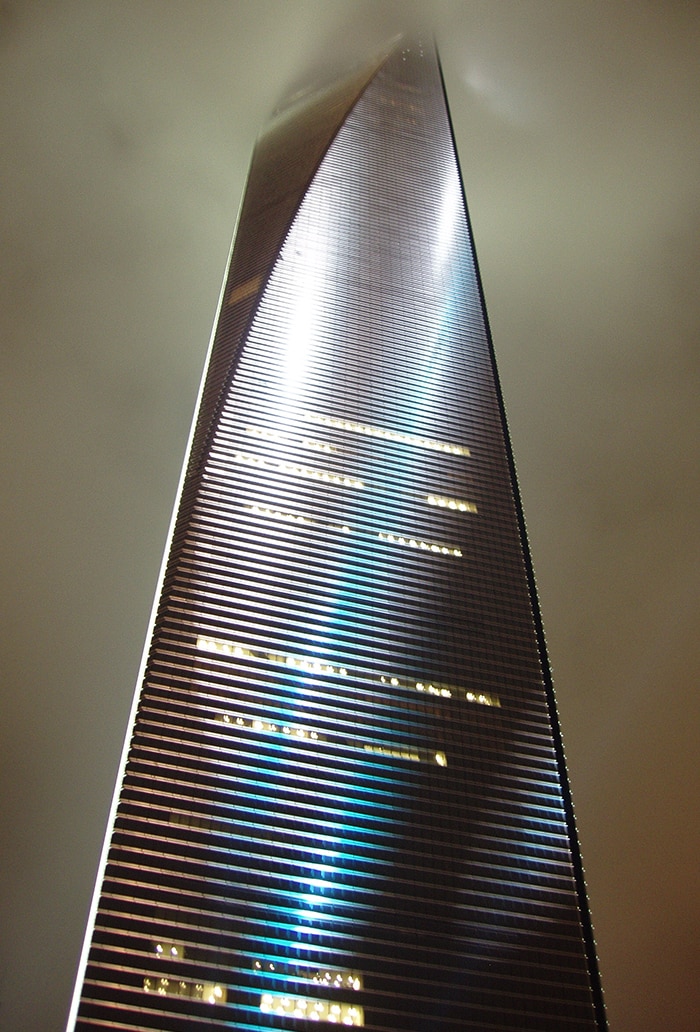 How to Get to the SWFC?

You can easily access the tower by Shanghai Metro, Go on Line 2, and leave at Lujiazui Station. From there, it is just a 10-minute walk from the station to the tower.

There is a shuttle line bus between SWFC and the HSB Building which is available from 9:00 to 18:00 every 60 minutes.

You can take the ferry from the Bund to Dongchang Road Pie. You will need 10 minutes of walking to the building.

Line 3 of the tunnel will take you to the Shiji Dadao Pudong Nanlu Station.

If you are going to visit the Shanghai World Financial Center, you should buy tickets in Basement 1 on the west side of the building opposite the Jin Mao Tower. The special elevator for sightseeing is located here. It takes more than a minute to reach the 94th floor from the basement!

Also, if you are a guest of the Park Hyatt Hotel, you will have to use another elevator in the south part of the building. Have you ever visited this building? Make sure to share your ideas and comments with us. Besides, if you have any special questions about visiting the building, rest assured that our professional guides will reply as soon as possible.

Best Price
Added to wishlistRemoved from wishlist 0
Add to compare

The Journey to Tanzania Wildebeests