Constructed during Emperor Yongle Reign in the Ming Dynasty, the City God Temple or Chenghuang Miao is a folk temple located in the old city of Shanghai, China.

The City God Temple (also known as the Temple of the City Gods and City Temple of Shanghai) is a folk Chinese temple situated inside the Shanghai old city. (Photo by Ming-yen Hsu via © Flickr)

History of the City God Temple of Shanghai

Since the walled cities came into existence in China, many of them had a temple where there were gods as the protectors or spirits of the town. The City God Temple of Shanghai had another purpose before 1403. At that time, it was the Jinshan God Temple and was dedicated to the spirit of Jinshan (Gold Mountain) which is an island right next to the coast of Shanghai. In 1403, during the reign of Emperor Yongle of the Ming Dynasty, the temple was converted into a City God Temple.

The City God Temple achieved more popularity during the Qing Dynasty era. Many locals of the old city and nearby places visited the City God Temple to pray for peace and good fortune. During the reign of Emperor Daoguang (1820 to 1850), the temple reached its maximum area of 8.2 acres. Due to the huge number of tourists, the surrounding area gradually became home to many businesses and turned into a busy and prospering marketplace.

From 1937 until 1945, during the Sino-Japanese War, Japanese troops occupied Shanghai Old City and were denied access to the temple for worshipers. This act resulted in the building of a new temple by residents and local merchants in the Shanghai International Settlement. After some time, a marketplace was attached, which is Yan’an Road and Jinling Road today. This new temple lost its popularity after WWII and was finally destroyed in 1972.

The City God Temple Board of Trustees was dissolved in 1951, and the control of the temple was delivered to the Shanghai Taoist Association, and they transformed it into a Taoist center. This transformation included the removal of statues of folk underworld symbols such as Yama and focusing more on Taoist spirituality.

After the China Revolution and during the Cultural Revolution (1966 to 1976), the temple closed down and was used for other functions. During this time, the main hall of the City God Temple became a jewelry shop for many years.

Finally, in 1994, the building became once again a temple with Taoist priests residing inside. Today, the City God Temple, Yu Garden, and the nearby street are all parts of a vast pedestrian zone filled with retail stores and restaurants. Between 2005 and 2006, the City God Temple was fully restored and in October 2006, it opened as worshiping place by Taoist priests.

Why the temple was constructed?

The City God Temple was constructed to commemorate the blossoming of Shanghai and its promotion to municipal status. The temple is also a site for praising three Chinese figures who have the honorary title of the city gods. The temple is often visited by locals who make incense offerings to the city gods and hope for good fortune.

What is the Old City God Temple?

Some local Shanghainese people refer to the temple as the “Old City God Temple”; so it cannot be mistaken by another temple known as “New City God Temple” that today does not exist anymore.

Chinese Name of the Temple

The Chinese name of this place is “Chenghuangmiao”. The temple is surrounded by a commercial district in the old town of Shanghai by Chinese with the same name. Because of the nearby located Yu Garden, in English, the area is also known as Yu Garden. Today the area is known as Yuyuan Tourist Mart. 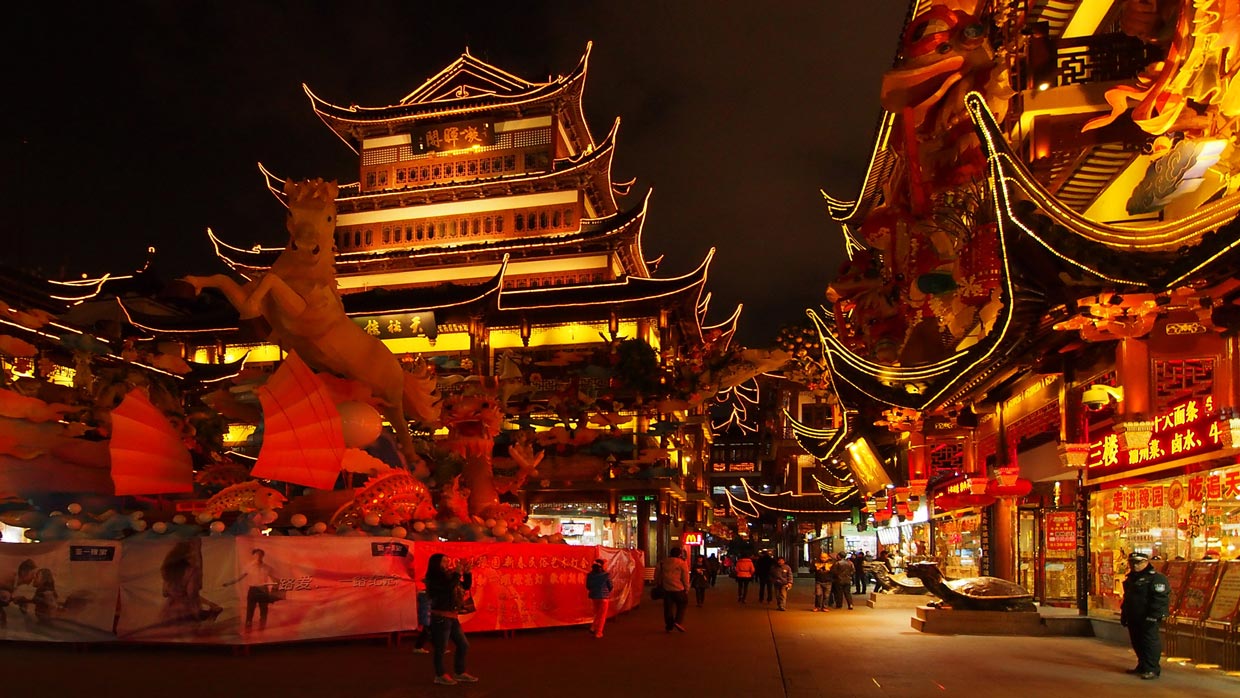 There are different City God Temples in various cities in China. The gods of these temples are heroes who have served the Chinese people well; therefore, they are admired by locals. There are three gods in the City God Temple of Shanghai:

Huo Guang, who died in 68 BC, was a famous Western Han Dynasty politician and chancellor. He is remembered for deposing one young emperor for the good of the state with another. Huo Guang is greatly admired because of his skillful administration of China and his selflessness in putting himself in grave danger by deposing an unfit emperor. He has been the first God city of Shanghai since the Yuan Dynasty.

Qin Yubo (1295–1373) was a Shanghai resident and served in civil service during the late Yuan Dynasty. After the founding of the Ming Dynasty by Emperor Hongwu, he was summoned to serve at the court twice, and both times he declined. Finally, he accepted the emperor’s order and served in different vital roles such as the Chief Imperial Examiner. Emperor Hongwu anointed him as a City God of Shanghai when he died.

Chen Huacheng (1776–1842) was a general of the Qing Dynasty. He commanded the Chinese defenses during the First Opium War. Chen Huacheng swore to defend the Yangtze to his death, which came true, and he was killed in battle with the British forces. He had some fortifications against the British troops, and while commanding his Chinese forces from there, he was either killed by the British naval artillery or in hand-to-hand combat.

The encompassing area of the City God Temple is a thriving market today and is now known as Shanghai Yuyuan Tourist Mart. This area is filled with many restaurants and shops. A large number of these shops are in the business of selling artwork and traditional handicrafts.

This area will offer numerous cultural activities such as Chinese acrobatic performances, calligraphy lessons, and tea ceremonies. Some of the traditional Chinese festivals are celebrated in this place, including a lantern show for the Chinese Lantern Festival.

How to get to the City God Temple?

For visiting the City God Temple, you will need a 10 Yuan ticket.

The temple is open to visitors from Sundays to Saturdays, from 8 am to 6:30 pm. 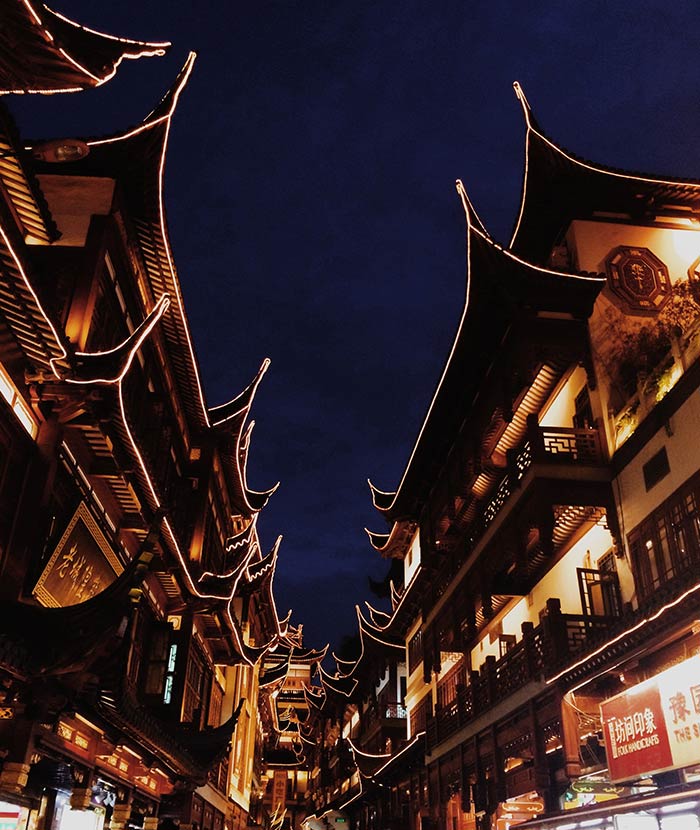 As a tip, it’s recommended to visit this temple on March 28th (based on the lunar calendar), because locals at this time would celebrate an amazing festival for the gods. How do you feel about this temple and generally, Buddhism culture? Feel free to share your thoughts with us in the comment section. Also, our professional guides are ready to reply to your questions about the City God Temple as soon as possible.

12 Days
Private Tour
NOT included
Added to wishlistRemoved from wishlist 0
Add to compare
From: $1,416.00