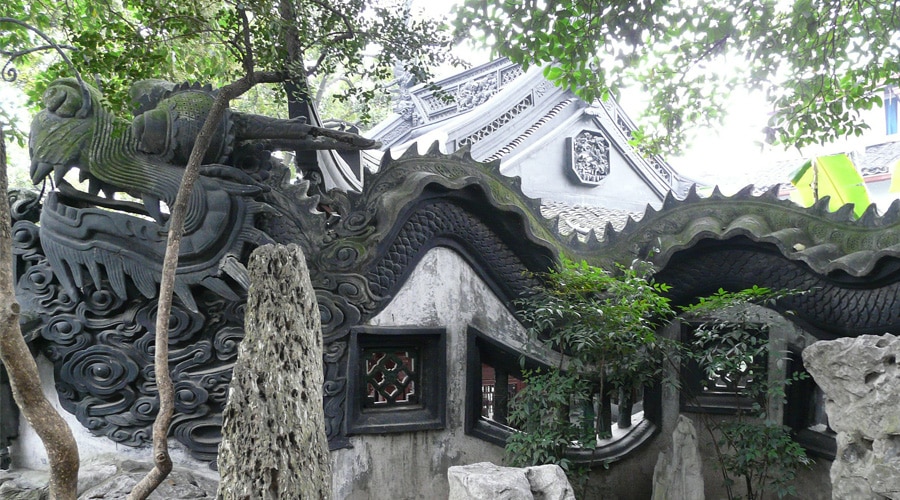 Located near the City God Temple, Yu Garden (aka the Yuyuan Garden) is the most famous garden in southeast China with over 400 years of history in Shanghai.
December 18, 2022

Yu Garden, also known as the Yuyuan Garden, is a stunning Chinese botanical garden located near the City God Temple in Shanghai. It displays the main features of traditional Chinese architecture with many rocks, trees, ponds, dragons, and zigzag bridges. (Video Credit: Tourist Must See)

Constructed between 1559 and 1578, the garden was built during the Ming Dynasty more than 400 years ago. Did you know that this peaceful and serene place was the scene of clashes and political struggles during the 19th century?

At the heart of the fighting, the garden was ravaged several times. City God Temple was bombed during the Opium War in 1842 and occupied by the British army for a few days. Besides, the French army destructed the Garden during the retaliatory operation at the end of the 19th century in the Taiping Rebellion. It was in 1956 that the reconstruction of the Garden was started and it lasted 20 years. Yu Garden was reopened to the public in 1961.

Yu Garden aims to represent the world in miniature with its rivers, mountains, and villages. There are no geometric shapes and everything is round symbolizing the sky. The small hills, ingeniously mingling pavilions, and corridors as well as the well-placed rocks, lotus ponds, bridges, winding paths, and trees have made a stunning atmosphere in the garden. Here, there is also a number of pavilions in which, you can find a dragon statue as a symbol of imperial power. 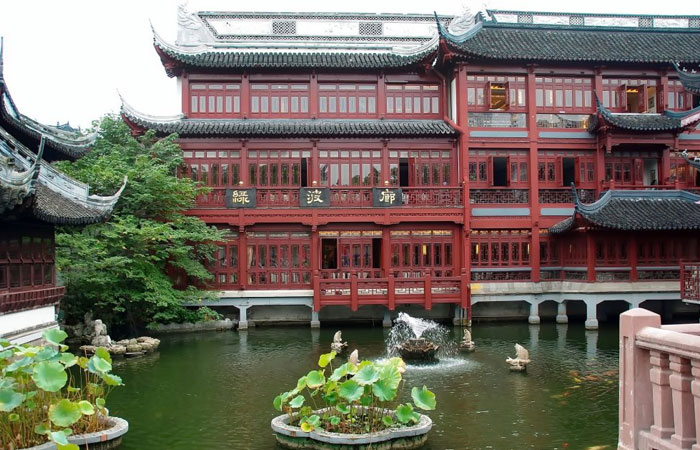 Inside the Yu Garden

Sansui Hall, translated literally as the Three Tassel Hall, includes the Grand Rockery, which is a 12-meter-high rockery made of Huangshi stone, featuring peaks, cliffs, winding caves, and gorges. This scenery was possibly created during the Ming Dynasty.

Wanhua Chamber is the “tower of a hundred thousand flowers”. Here, you can see a great combination of flowers such as street bamboo, cloisters, etc. Near the Wanhua Chamber, you can see two old trees and one of them is 400-year-old ginkgo.

Constructed in 1820 (the first year of the Daoguang Emperor), Dianchun Hall used to serve as the base of the Small Swords Society from September 1853 to February 1855

Huijing Hall is a corridor with a zigzag bridge and a central pavilion.

Yuhua Hall, literally translated as the “Jade Magnificence Hall”, is furnished with rosewood pieces from the Ming Dynasty.

Inner Garden includes rockeries, pavilions, ponds, and towers. It was first laid out in 1709 and more recently recreated in 1956 by merging the east and west gardens.

Walls Of the Dragons

“Walls of the dragons” includes rippling gray curved ridges and each of them is terminated by a dragon’s head separating the spaces of the gardens.

Do not miss the Bazaar, which is ideal to buy some souvenirs located next to the garden. It helps you to immerse yourself in the traditional atmosphere.

To avoid crowds, think about visiting the Yu Garden early in the morning and during the week as the weekends are very busy. The best season is the spring or in August when all the flowers offer their open petals and diffuse an intoxicating scent. At the time of visiting the City God Temple, don’t forget to visit the Yu Garden as well and share your ideas and thoughts with us. Besides, our professional guides will reply to your questions about this attraction as soon as possible, so you can leave them in the comment section.