Chinese holidays and festivals – like many other ancient countries – are mostly focused on harvests and prayer offerings. China’s most important holiday is the Chinese New Year or Spring Festival.

The Chinese calendar is lunisolar, which calculates the days of the year based on the movements of both the moon and the sun; therefore, both aspects of lunar and solar calendars are taken into account to calculate the holidays. That is why most Chinese festivals may change every year and they don’t have fixed days in the Gregorian calendar.

China has many celebrations and below is a list of the most important ones.

Chinese families the night before the Chinese New Year gather around to enjoy some time together. They celebrate it by eating a special New Year’s Eve dinner, talking, and playing some games till midnight. The dinner served on New Year’s Eve is a reunion dinner and it’s considered the most important meal of the year for Chinese families.

After dinner, some Chinese families go to temples to pray for a better year and light the first incense of the year. In modern practice, many people would hold parties and even a countdown to the New Year. Traditionally, people would lit firecrackers to scare away evil spirits. Also, they keep the household doors sealed until the new morning, also known as “opening the door of fortune”.

Recently, China’s CCTV has launched a 4-hour long program with singing and dancing performances which has become very popular. 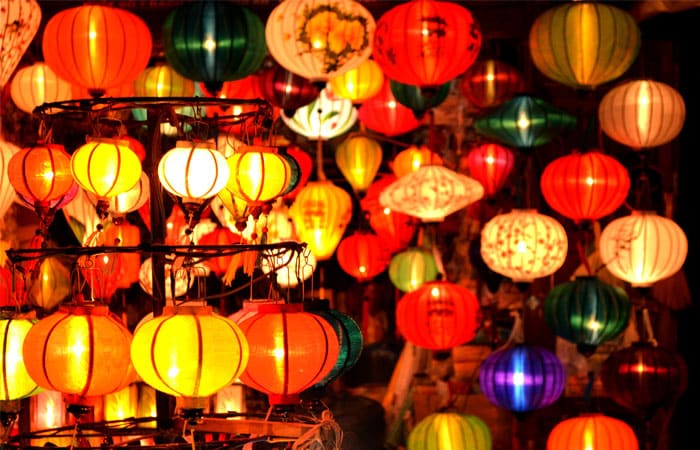 New Year Festival in China; the most important Chinese Holiday

This is the most important holiday for China and countries influenced by this holiday such as Korea, Vietnam, Singapore, Indonesia, Malaysia, Thailand, etc.

This holiday is held between the 21st of January and the 20th of February depending on the calendar of the year. It is the largest holiday for Chinese people and many of them take this chance to go back to their hometowns as they usually work in other large cities.

Celebrations for Spring Festival are all about Lion Dances, Dragon Dances, fireworks, giving red envelopes of money, enjoying time with family and friends as well as eating candies, sweets, and all kinds of delicious foods.

Red, the most common color of the festival

The most common color during the Spring Festival is red. Chinese traditions believe that red can scare away both evil spirits and bad fortune. Chinese also try to wear new clothes during this time so as the year is renewed, so should their clothes.

Family Portrait for the New Year

In some parts of China, it is very important to take a family portrait for the New Year. This portrait or photos are usually taken in front of the house or inside the main hall of the house. As Chinese tradition is based on patriarchy, the male head of the family would sit in the center of the portrait.

The Spring Festival lasts for 15 days and the 15th day is the day for Lantern Festival (Yuan Xiao Jie). During this day, children would go out at night, carry paper lanterns, and solve riddles on the lanterns. 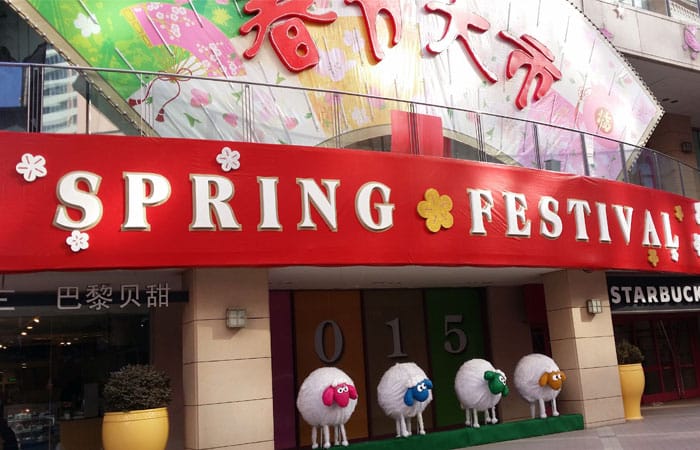 Tomb Sweeping Day (Qing Ming), also known as the Pure Brightness Festival, is the second most important festival in China after the Spring Festival. This festival is held on April 4th, 5th, or 6th depending on the year (It is on the first day of the fifth solar term of the traditional Chinese lunisolar calendar). The importance of Tomb Sweeping Day lies in the fact that it is not just another festival of people gathering together and eating good food, but it’s a time to remember and pay tribute to deceased family members and ancestors.

On this day, Chinese families visit the tombs of their ancestors and family members to clean the gravesites, pray to the diseased, and make ritual offerings. These Offerings typically include items such as traditional food and the burning of joss sticks and papers.

The Qing Ming Festival has been practiced in China for over 2500 years. This holiday is associated with eating Qingtuan, which is a green colored dumpling made of glutinous rice and Chinese mugwort or barley grass.

China is governed by a communist party, so this day is considered important by the government. The People’s Republic of China celebrates this international day on May 1st.

The Dragon Boat Festival occurs near the summer solstice on the 5th day of the 5th month of the traditional Chinese calendar; therefore, it also has an alternative name as “the Double Fifth Festival”. As stated before, the Chinese calendar is lunisolar, so the date of the festival changes from year to year on the Gregorian calendar.

The fifth month of the year is considered to be unlucky, so people use different herbs in front of their houses to scare away evil spirits. The Dragon Boat Festival has been held for more than 2,000 years. It also is to celebrate and commemorate the patriotic poet Qu Yuan (340-278 BC). This day has three main activities, Dragon Boat racing, eating Zongzi (a kind of rice dumplings), and drinking  (Xionghuang Jiu). 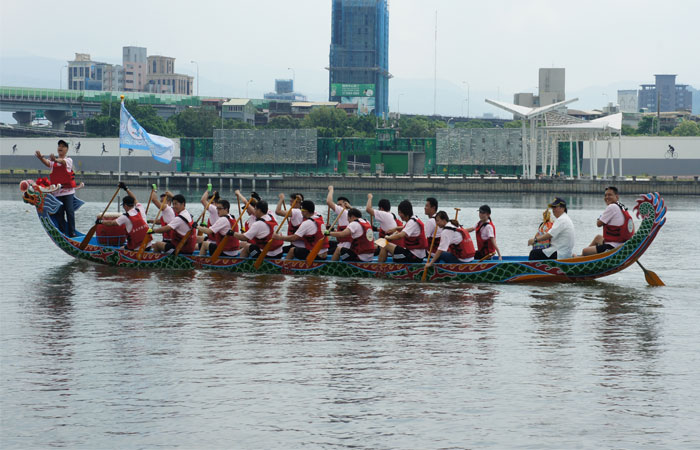 Dragon Boat, One of The Famous Chinese Holiday

Mid-Autumn Festival, also known as Moon Festival, is the harvest festival of China that occurs on the 15th day of the 8th month in the Chinese lunar calendar. It happens in the middle of autumn when the moon is at its fullest and brightest. This day corresponds to late September to early October of the Gregorian calendar.

The Mid-Autumn festival is about the celebration of three closely connected fundamental concepts, which are gathering, thanksgiving, and praying. On this day family and friends gather together (traditionally harvesting crops) giving thanks for a good harvest or harmonious unions and praying to get babies, a spouse, beauty, longevity, good fortune, and generally anything conceptual or material that would satisfy them.

Mid-Autumn Festival is known for eating mooncakes; therefore, sometimes it also referred to as Mooncake Festival. Mooncakes are a rich pastry usually filled with sweet-bean or lotus-seed paste. 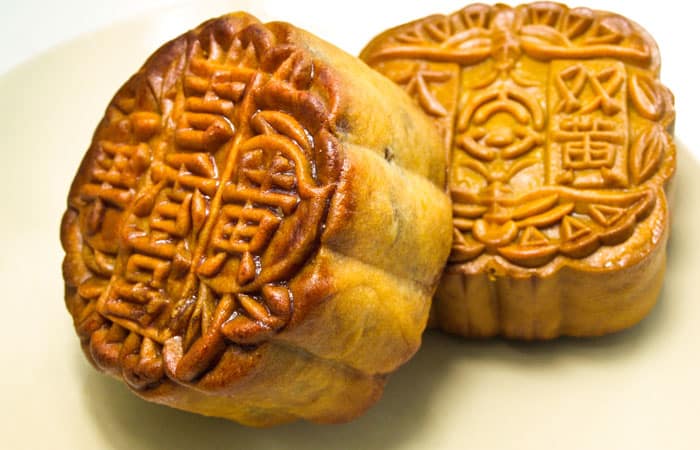 National Day of the People’s Republic of China

This is another Chinese holiday which is rather new. The PRC or People’s Republic of China was founded on October 1st in 1949 and the National Day is to commemorate this event annually. The National Day is celebrated in mainland China, Hong Kong, and Macau with different plans from the government with fireworks and concerts. On this Chinese holiday, public places such the Tiananmen Square in the capital are festively decorated and portraits of revered leaders such as Mao Zedong, the founding father of PRC are publicly displayed.

Ghost Festival or Spirit Festival (also known as the Hungry Ghost Festival) takes place on the 15th day of the 7th lunisolar month, as a traditional Buddhist and Taoist festival. In the Chinese lunisolar calendar, the seventh month is generally regarded as the Ghost Month and the time when restless spirits are free to roam the earth.

Chinese believe that in this month Ghosts and spirits come out from the lower realm. Activities for this festival include preparing ritualistic food offerings, burning incense, and offering items for the visiting spirits of the deceased ancestors.

Winter Solstice is among traditional Chinese festivals with high importance within the Chinese people. This event occurs between December 22nd and December 23rd. The people figured out the Winter solstice by using ancient tools more than 2500 years ago during the Spring-Autumn period (770-476 BC).

Winter solstice indicates the longest night and shortest day of the year. It is traditional for people to eat Tang Yuan for this celebration. Tang Yuan is a sweet Chinese dessert made from glutinous rice flour, which is served in the shape of a small or large ball, either filled or unfilled. 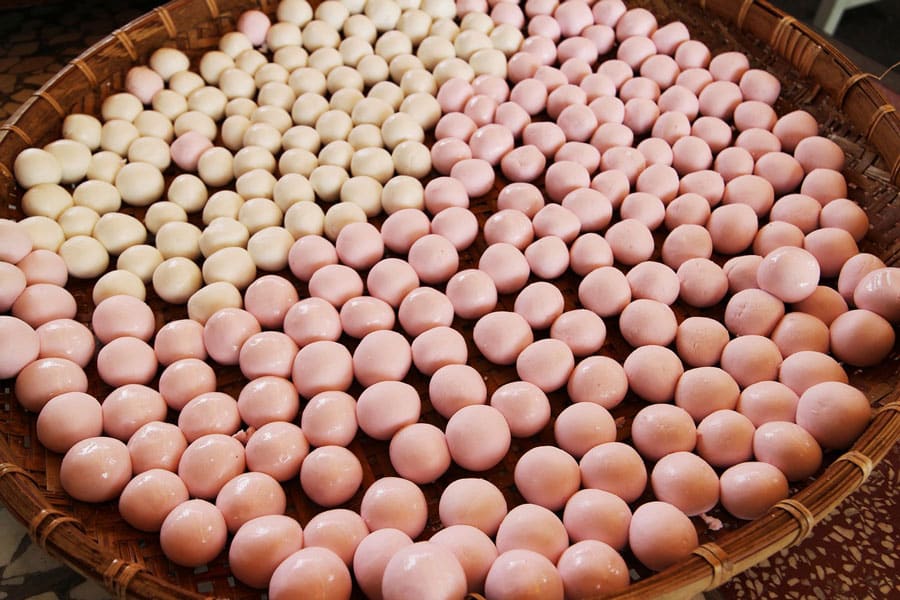 Interestingly, some of the Chinese holidays are celebrated in other countries, especially in East Asian countries.
For example, the Chinese New Year or Spring Festival is also celebrated in some other countries such as Vietnam and Korea. Are you familiar with any other holidays in China? Feel free to share your information with us. Also, Our professional experts will reply to your questions in the comment section as soon as possible.

Temple of Tamilnadu Tour from Chennai