The Yangtze River, also known as the “Chang Jiang”, is the longest river in Asia (6,380 km) with a flow of 30,000 cubic meters of water every second. The Yangtze River is also the third-longest river in the world after the Amazon and the Nile. This river originates in the Tanggula Mountains of Qinghai, with an extreme landscape of glaciers and snowy terrain dotted with moraines and swept by strong winds. Besides, the landscape is devoid of vegetation. (Video Credit: Milosh Kitchovitch)

The Yangtze River travels 6,380 km before reaching the East China Sea, north of Shanghai. It flows through the provinces of Qinghai, Yunnan, Sichuan, Hubei, Hunan, Jiangxi, Anhui, and Jiangsu. Besides, it crosses the huge settlements of Chongqing, Wuhan, Nanjing, and Shanghai.

During this journey, the river receives the water of more than 700 tributaries, draining a watershed of 1.8 million square km. Each year, it pours nearly a trillion cubic meters of water into the China Sea, carrying thousands of tons of silt off the coast. The Yangtze-Kiang supplies the water for 40% of China’s lands and 70% of rice production. In 2015, many developments disrupt its flow and its ecosystem.

In Chinese, the name Yangzi Jiang refers only to the downstream part of the river between Nanjing and the mouth. This name comes from the small town of Yangzi near Yangzhou. The Europeans retained this name and wrongly applied it to the whole river.

The river was once called Jiang Shui or simply “Jiang”. The word Shui in classical Chinese means the river in general, and Jiang was the proper name of the Yangtze River. The meaning of the word Jiang has expanded since then and now, it means “river” in general.

Nowadays, the whole river is called “Chang Jiang” in the Chinese language, which means “Long River”. However, traditionally, every part of the river has its name (especially in literature): 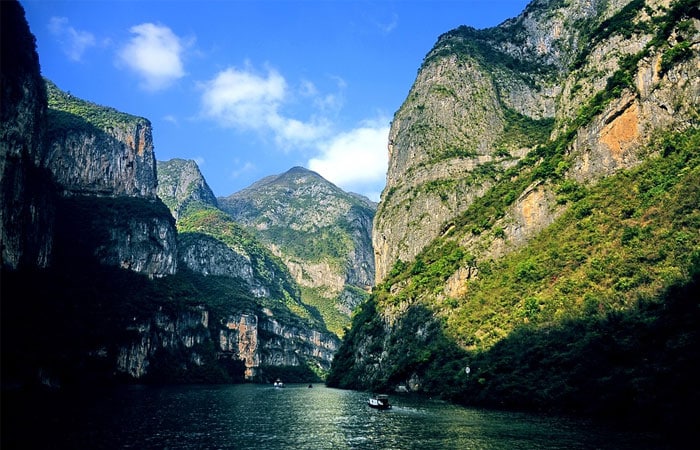 Added to wishlistRemoved from wishlist 1
Add to compare
From: $1,069.00

Between Tibet and Sichuan

Firstly, the Yangtze River was called “The Tuotuo River” and from the first tributaries below 5,000 m, it is called “The Jinsha River” or “Golden Sands”, which flows southward bounding a natural boundary between Tibet and the Chinese province of Sichuan. Its course is parallel to those of the Mekong and Salouen rivers and Qumar He at 4,544 m is the first town it crosses. Besides, it is in this region that the river traverses the Tiger Leaping Gorge (a 2,000 m deep canyon).

At the level of Dongchuan City, it flows sharply northward and meanders through Hengduan Shan Mountains in Yunnan. Then, it starts an inflection to the east where it is joined by major tributaries (Yalong, Min, and Jialing). The inflection makes a gigantic muddy stream swirling the wastes and makes them away from the 120 million people and farmers in the Sichuan basin.

Before being joined by the Jialing, it crosses the immense agglomeration of Chongqing (one of the big inner cities of China with 30 million inhabitants). Chongqing also holds the record of acid rain for all East Asia and sulfurous clouds constantly overlook the sheltered valleys of this great industrial center.

After being joined by the Jialing, the river crosses the gorges of the large medians of the river, called The Three Gorges consisting of three successive series of gorges.

The Three Gorges offer remarkable scenery that attracts many tourists allowing the development of successful tourism industry with many boats sailing between Chongqing and Yichang. These gorges offer a mysterious atmosphere when mist and clouds of water droplets fill them and enveloped by cliffs and rocky peaks. At the time of the floods in summer, the water level rises by more than 100 meters, so the navigation becomes very dangerous and risky.

After the Three Gorges, the river continues its course towards the coast, wider and calmer here, and crosses several large lakes including those of Poyang and Dongting. Here you can find sturgeons, spoonbills, and alligators of China.

Approaching the coast of the East China Sea, the river meanders through its “nine gut-shaped winding” before spreading over a vast delta, occupied by farmlands, lakes, ponds, countless islets, and thousands of hectares of reed beds. 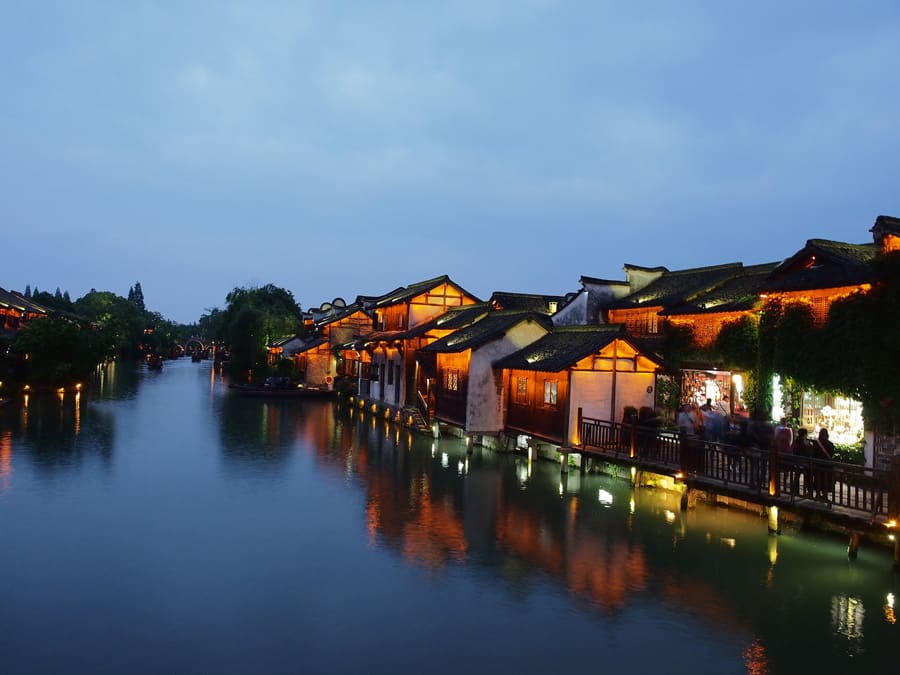 Tributaries of the Yangtze

The most important tributary of the river is the Han River, which is 1,532 km and joins Wuhan on the left bank.
Other tributaries are:

Among the aquatic fauna, baiji or the Yangtze Dolphin used to live here; however, it officially disappeared at the end of the last quarter of 2007. Many species of the river are all likely to disappear if no measure is taken for preserving faunal wealth. Although the range of Yangtze has been considerably reduced, in some areas of the river delta, some Chinese alligators could be found.

The Yangtze River As a Critical Agricultural Economic Zone

The Yangtze River basin is very large and the resources are abundant. Because of its antiquity, it has been the most important agricultural economic zone of China. Cereal yield accounts for 40% of China’s total output, while cotton production accounts for 1/3 of China’s total output. The Sichuan Basin is nicknamed “The Land of Plenty” and the areas of two lakes (Dongting Lake and Poyang Lake) are considered “the land where abounds fish and rice”. Besides, the Tai Lake area resembles “a paradise on earth”.

The Yangtze River is also a warehouse of natural fish. The resources of freshwater fish are very rich with many species. Production accounts for 2/3 of China’s total production. The underground treasures are varied and of high quality.

On the axis of the Yangtze River, there is an “H” shaped structure composed of the surrounding areas, the coastal towns, and the vast regions of the West. The Yangtze River, especially between the rich coastal regions and the less developed West regions, plays an important role of connection and communication.

The Link Between Trade Centers of China

Upon the influence of this long-term structure, the resources of the West, upstream of the Yangtze River, can enter the international markets by water. Trade centers like Shanghai, Nanjing, Wuhan, and Chongqing are linked together by the river.

The Yangtze River is also an important gateway for transporting industries, techniques, and information to western China.

Industries Along the Yangtze River

The industries along the Yangtze River are very strong. Currently, it is one of the most dynamic high-tech areas in China. The economic and technical benefits can have a big influence on the north and the south, while the economy can have good integration.

Given that China’s economy is growing very fast, the channels of the Yangtze River accept regularization and improvements constantly. In the 21st century, the transport of the Yangtze River is developing very fast. In 2007, the cargo load amounted to 1,123 billion tons, twice the size of Mississippi in America and 3 times that of the Rhine in Europe. Upon completion of the Three Gorges Dam, large-tonnage vessels (5000T and 10000T) may arrive at Chongqing, but only small boats may arrive at Yibin in Sichuan Province.

Great Nanjing Bridge over the Yangtze

The Great Nanjing Bridge on the Yangtze River is a two-tiered truss bridge over the Yangtze River between Pukou and Xiaguan in Nanjing City, Nanjing, China. Completed in 1968, it allows the crossing of the Yangtze River to the National Highway 104 to the upper level and the Beijing-Shanghai railway line to the lower level.

When the torrential rains hit southern China in August 1931, the excessive accumulation of water caused the overflow of the Yangtze River, killing nearly 3.7 million people. This unprecedented tragedy, known as the Great Flood of the Yangtze River, is considered the worst natural disaster of the 20th century (except for pandemics and deaths caused by diseases).

From 1928 to 1930, this region of China was overwhelmed by a great drought. Ironically, in the spring of 1931, the trend changed dramatically. Very heavy spring rains fell on the region, accelerating the snowmelt and exponentially increasing the water level of the rivers.

To outbid this rare phenomenon, the region was then swept by seven consecutive tropical cyclones, while there are generally two or three per year. These tropical storms were expected to further increase water runoff, while the water-saturated lands could no longer prevent a rapid increase in the Yangtze River in Huang He, as well as the Huai He River.

This sudden increase in the water level of the river caused an unprecedented flood, which ravaged a vast territory. The flood lasted two months because of the slow flow of the river and the enormous amount held by the dikes. In the Tung-Tin Lake area, the soil was flooded 100-150 km wide. The Bund in Shanghai is also flooded under 1.7 meters of water. 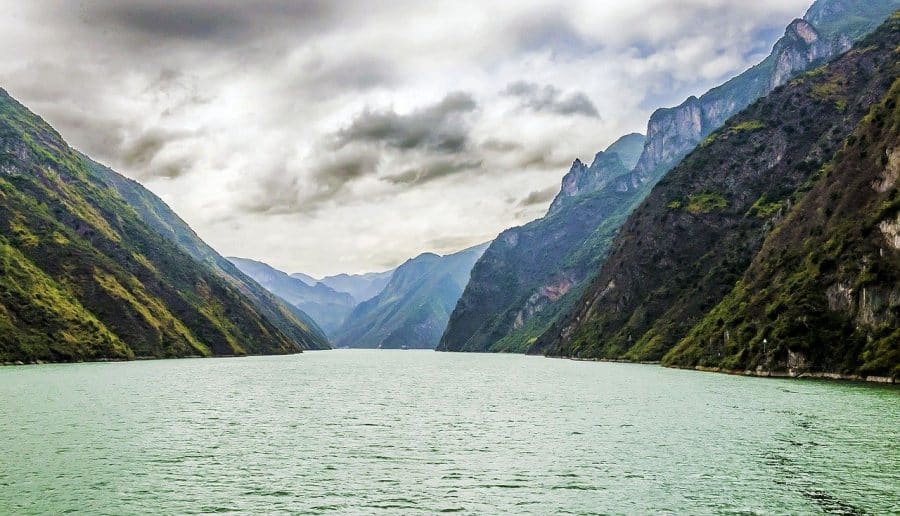 Interestingly, the largest hydropower station in the world called Three Gorges Dam is located in the river near the famous Three Georges. Here, over 100 billion kWh of electricity is produced in a year, which is sufficient for the needs of about 200 million people! Do you have more information to add? Feel free to leave your comments and thoughts for us. Besides, if you need more information, you can send your request using the comment section and our professional guides will reply as soon as possible.