Three Gorges area is a spectacularly scenic spot in the middle reaches of Yangtze River including Qutang Gorge, Wu Gorge, and Xiling Gorge

Located along the middle reaches of the Yangtze River in Chongqing, the Three Gorges are among the best scenic sites in all of China including one of the largest gorges of our planet. One of the best ways to visit the Three Gorges is by taking a boat or a cruise. Throughout history, many Chinese poets and scholars have been inspired by the magnificent beauty in their works.

What is waiting to be seen by you in The Three Gorges? 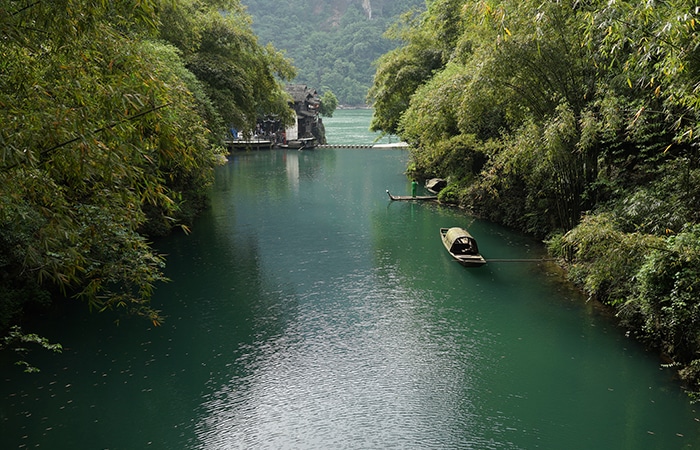 The Three Gorges One by One

The Three Gorges are considered one of China’s ten most famous scenic areas. These gorges are known as Qutang Gorge, Wu Gorge, and Xiling Gorge.

Famed for its majestic scenery, Qutang Gorge is the shortest gorge, which is only 8 kilometers long. It starts from White Emperor City to the Daxi stream. Although it is the shortest gorge, it includes many attractions along both of its banks for nature enthusiasts, history fans, and culture lovers. Besides its fantastic old and narrow path along the cliff, the great cultural relics in this direction are noticeable.

Located at the entrance of Qutang Gorge, White Emperor City is famous throughout China. It’s the best place for you to learn about the moving story of Liu Bei (King of the Shu Kingdom), entrusting his sons to his faithful minister Zhuge Liang before his death, and more interesting stories about the three Kingdoms about thousands of years ago.

situated at the western end of Qutang Gorge, Kuimen Gate is an iconic landmark in this river. The narrowest part in this gate is less than 50 meters, but the cliffs on both sides are about 350 meters high. 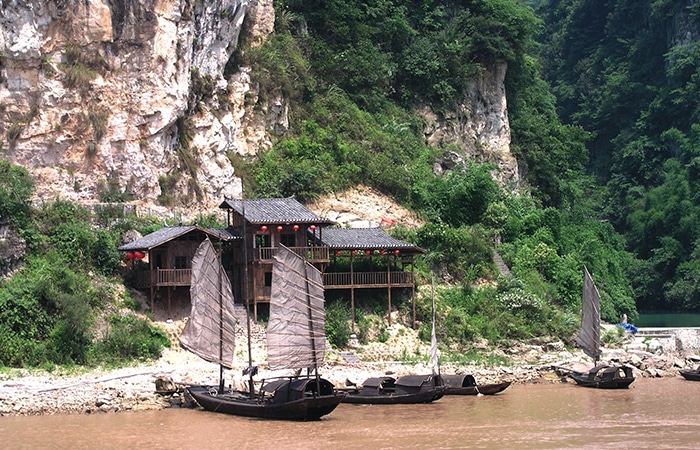 As a deep and peaceful canyon, Wu Gorge runs 45 kilometers from Wushan to Guandukou in Badong County. Because of the long length, it is also called “Da Xia” or the great Gorge. Wu Gorge features fantastic high peaks banking the water, which makes it a really fascinating place. When entering this part, you would feel like you just entered a picture painted by an excellent artist.

Shennv Stream is one of the best places to escape from the noise of the city. It’s a quiet and mysterious fairyland with tall peaks embracing the emerald water.

Shennong Stream is a branch stream of Wu Gorge with about a 60 km path. Its fascinating nature along with different groups of fish and rural people has made the Shennong Stream much beautiful. You can try the bean pod sampan to better feel the real ancient life there.

Lesser Three Gorges is a very famous location because of its natural scenes of picturesque mountains, elegant water, and winding waterway.

Xiling Gorge is the most beautiful and the longest among all three gorges starting from Zigui to Nanjing Pass in Yichang with a 76 kilometers path. It’s historically famed for its turbulent; however, it has changed today and you don’t need to worry about that much. Here, you can simply relax and enjoy the breathtaking scenery and historic sights such as The Three Travelers’ Cave and Huangling Temple.

It is one of the world’s largest and most complex hydropower engineering structures that has improved power generation, flood control, maritime transport, irrigation, economy, and many other aspects of cities along the Yangtze River.

Tribe of Three Gorges is a famous ancient village around the river. it’s the best place to appreciates the picturesque landscapes of water, hills, residents, and houses as well as the simple life and customs of local Tujia people.

Qu Yuan Birthplace is a very good place to get familiar with Qu Yuan, a very famous Chinese poet, and his great stories. Also, it’s a nice place to see historical and cultural relics of the War States Period. You can get a good view of The Three Gorges Dam from here too.

What happened after The Three Gorges Dam Was built?

After building of The Three Gorges Dam, the water level of the environment has increased to about 175 meters. This led to the drowning of several historic sites such as The Trestle Roads.

Although the water level has risen you can still enjoy seeing spectacular mountains, peaceful sceneries, and famed historical attractions. 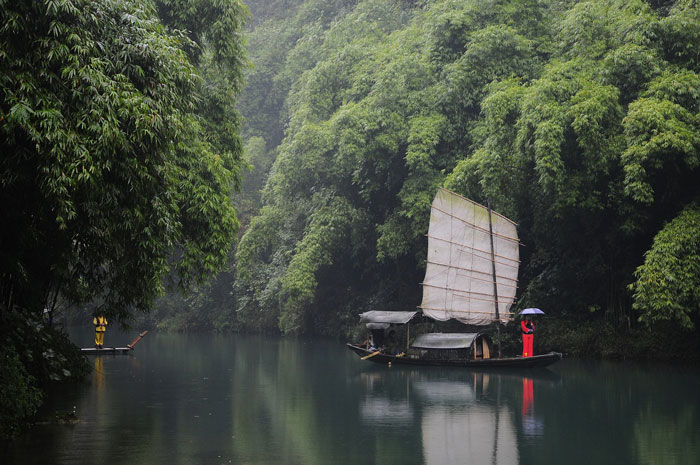 The Three Georges used to be very dangerous sections of the Yangtze River and only shipping companies could use this stretch for commercial purposes. However, the river has become much quieter and more navigable since 2006 thanks to the construction of the Three Gorges Dam. Never forget to try cruises and boats in this stunning nature and share your experiences with us. Also, our professional guides are prepared to help you to have much memorable time here, so if you have any questions, feel free to leave them!