Home » Travel Guide » The valley of the kings in Egypt

The valley of the kings in Egypt

The valley of the kings is one of the most significant symbols of ancient Egypt at the time of the New kingdom. Archeology addicts would fall in love with this fantastic place, considering the mausoleums of pharaohs placed underground. Exquisite artworks have covered the walls, including paintings of nature, animals, and influential leaders of ancient times. This mysterious valley is placed in the ancient city of Thebes, which is called Luxor nowadays. Although all the difficulties such as hot weather,  this place attracted many visitors from all around the world. Visiting the Valley of the kings is a great chance to bless yourself with fascinating Egyptian archeology beautified by ancient art.

The most magnificent burial ground in the world is the valley of kings, a house to deceased kings, queens, and nobles of the New Kingdom (1500-1070 B.C) for over a thousand years. Old kingdom pharaohs chose the pyramid of Giza and Nile delta as the place of their tomb, but as mentioned before, the New kingdom pharaohs choose where we call the valley of kings now to be buried, in case they wanted to be closer to to the source of their dynastic roots. Egyptian myths are so complicated and beautiful. Mummification represents the belief that there would be an afterlife. Since they believed the body is home to the soul, they tried to preserve the body. They also used to think if the body was ruined, the soul would be lost

according to believing Afterlife, the tombs’ chambers were filled with treasures like foods, jewels, statues, everything a person needs to sustain life to eternity.

Tour to Pyramids and the Egyptian Museum

Added to wishlistRemoved from wishlist 0
Add to compare
$700.00

In 1907, lord Carnarvon, fascinated by Egyptology, hired Howard Carter to excavate the Egyptian noble’s tomb. After the lord received a license to dig at the site, which was believed to be a house to deceased nobles of ancient Egypt, it finally took 15 years to discover Tut’s tomb. On November 26, 1922, they entered the tomb, proudly and happily, where they found a considerable amount of gold and treasures. Thanks to Lord Carnarvon’s interest in Egyptology and, of course, his unsparing generosity to pay workers for many years, a new door was opened to the ancient world of Egypt.

Thebes was the royal capital of the new kingdom, but nowadays, it’s known as Luxor. Since pharaohs burials were full of treasures, they feared safety, so they decided to conceal their mausoleums under rock cliffs in a valley located in the heart of mountains behind Dayr al-Baḥrī.

Valley of the Kings includes over 60 tombs of Egyptian royals, but unfortunately, all of them are not open for public visit. But there are many tombs and chambers of pharaohs exquisitely painted, sculptured, and designed. Chambers are like artworks you wouldn’t get enough of, especially if you have a sense of art. 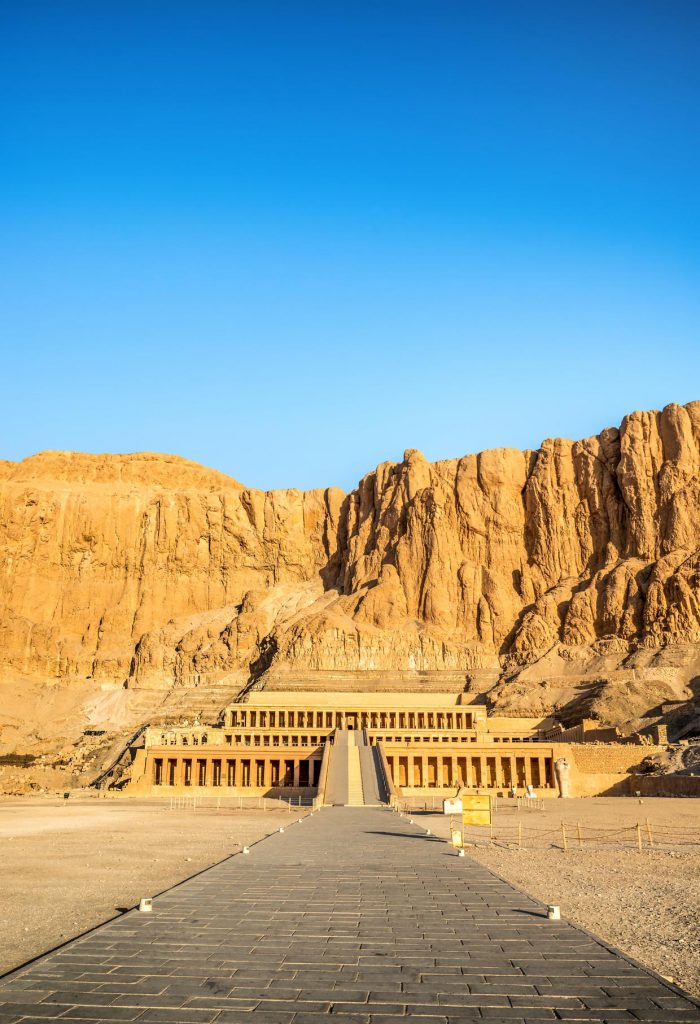 Which tombs are open?

Although there are over 60 tombs in the valley of kings, only 11 of them are open to visitors. When you buy the entry ticket, you will see eight tombs, but you need to get extra tickets for the rest of them.

People who have visited tombs have described every tomb. You can choose the order or the tombs you want to visit.

The tomb of Seti I

It’s one of the most beautiful temples, the burial chamber is adorned with colorful scenes, and the ceiling has an astronomical painting.

The tomb of Tutankhamun

The tomb of Ramesses V and VI

Temple of Ramesses V and VI has one of the largest chambers, a pillared hallway at about the tomb’s midpoint. Like Seti I’s tomb, it has impressive paintings and an astronomical ceiling, decorated by the book of heaven.

How would it be?

There will be a visitor’s center with a 3D map in the center when you arrive. There also will be restrooms. Once outside, trams are there to take you to any tomb you’re heading to. Don’t forget to purchase both entry tickets and tram tickets. You will have a 3 minutes ride on trams till you arrive at the valley of the kings. (Travel tip: have a map of the valley and check each tomb you have visited.) even if you have a guide, they’re not allowed to come into the graves, make sure you have enough information.

This area is known to be hot; wear something cozy and casual. Wear comfortable shoes since you may need to walk or cycle around the site. Wearing sunglasses and sunscreen will be so considerate. Also having a hand fan and a sunhat will be useful For your own self and respect to other people use some deodorant, hot weather and intense activity will make you sweat.

How do I get there?

There are some choices on the table to go to the valley of the kings from Luxor itself, but if you’re an independent traveler, if you’re short on time, the best one will be to hire a taxi from the east bank or the waterfront car park in front of the ferry terminal on the west bank. Taxi fare for each ride is about 250-300 LE ($15-16). The second choice will be a tour bus; almost all the hotels and travel agencies arrange daily tours, including the valley of the kings and Deir al Bahri. People who are not in a rush can use cycling to add some sport to their adventurous tour of ancient Egypt, but I have to warn if you hadn’t the experience to cycle long rides and uphills, this is not a good idea.

You can purchase tickets for LE100 ($11) for adults and half of that for students. Each ticket includes access to three tombs, and you will have to pay additional fees to visit Tutankhamun’s, Ay’s, and Ramesses VI. trams tickets will be around LE4 ($0.5).

Tour to Pyramids and the Egyptian Museum

Added to wishlistRemoved from wishlist 0
Add to compare
$700.00

Being in Egypt is a full journey of wonders belonging to ancient times. Pharaohs have left us a true treasure as a legacy, and discovering those days’ remains can clarify the quality of lives during those ages. If you have been to Egypt, and particularly in the Valley of the kings, let us know about the experience of that much history in one part of the land.