White Nights Festival in Saint Petersburg is an all-night art & culture event celebrating mid-night sun phenomena as it's located near the Arctic Circle.

There are events all around the world that take place following natural changes or shifts in the planet atmosphere such as the passing of each season. Some of them are iconic in terms of how people celebrate them, but in this case, it is the phenomenon itself that is magical. The White Nights Festival in St. Petersburg takes place during a time of summer when the sun does not fully set at night, leaving you with a twilight until the dawn of the following day.

What Is The White Night Festival?

This natural phenomenon has become the perfect opportunity for people to celebrate and participate in several events. Since the evening does not end during this period of summer, museums, operas, and many other places remain open until midnight or even overnight. You need only to select what you prefer the most and enjoy the moment.

Where The White Night Festival is celebrated?

The White Night Festival is not just a specialty of Russia as the phenomenon is held in other areas near the north and even the south poles of the earth as well. Any country or city in the Arctic Circle can witness these nights. What makes St. Petersburg standout is the presence of many historic, cultural, and art-related monuments and buildings, giving you the most options to choose from.

This phenomenon is also known as the “midnight sun” that can be seen in Alaska, The United States, Canada, Russia, Greenland, Finland, Iceland, and Norway. Celebrations and events are held in all these countries but the one you do not want to miss is the White Nights Festival of St. Petersburg lasting for about two months.

What Time is The White Nights Festival Celebrated?

There is no exact date for the white nights and white nights festival since it changes each year but generally, the beginning is in late May and will last until late July. 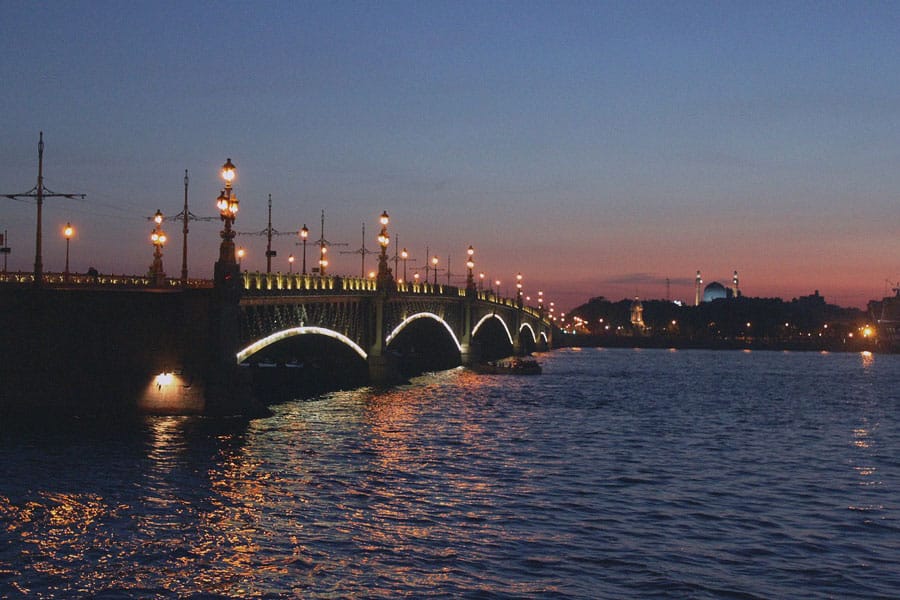 How The White Nights Festival is Celebrated?

For your summer vacation, you can take your friends, your family, or the person you love to these events. The city itself is a sight to see, one thing you do not want to miss as you take a walk in St. Petersburg is the raising of the drawbridges.

While taking a stroll around the city in this magical time of the year, you might want to pay a visit to the Mariinsky Theater premier to enjoy “The Stars of the White Nights”. There are also other options as well as other musical performances and ballets and operas. The city is a great place to enjoy classical music and see some of the best performances and plays. Make sure to watch the ones that you enjoy the most. Perhaps after the theater, you might want to visit the Mariinsky Concert Hall as well as some classical displays of art. 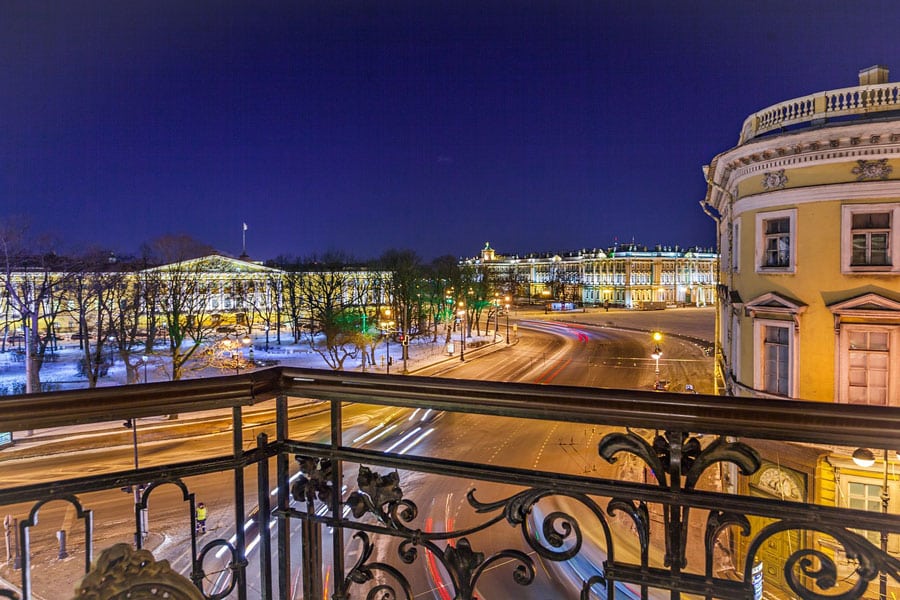 Having enjoyed some of the finest arts that are offered during the White Nights Festival, you might want to see the Scarlet Sails Festival which takes place at the end of a school year. During this event, you can enjoy the numerous ships on the Neva River. As this event takes place there will be fireworks and the lights that make it one of the things that you do not want to miss during this year’s festival. if you think fireworks and the boats are not exciting, you can join the people, dancing near the river.

The rising of the Neva Bridge helps ships with colorful sails along with boats pass underneath it. As this event takes place, there will be fireworks fired from the boasts. There are also lights all around the river that make it one of the things that you do not want to miss during this year’s festival. After enjoying a few fireworks and the boats, you can join the people, dancing near the Neva river and try some snacks and drinks with them.

Many carnivals are celebrated during the festival and Peterhof suburb of St. Petersburg hosts the most famous one, which is based on re-enactments of events during the Peter the Great and Catherine the Great era. Besides, you can see the city full of the party with people wearing traditional custom, and old-fashioned carriages led by horses.

Another fine opportunity at this time of celebration is to pay a visit to the magnificent museums of St. Petersburg as they will stay open for longer hours or even the whole night. For the lovers of history, some of the museums will not charge for an entry during the White Nights Festival.

The one museum that you cannot miss in St. Petersburg is the State Hermitage Museum of art and culture. The second-largest museum in the world with about 120 rooms and over 3 million objects to see. The Museum will have special plans during the festivities, but aside from that, it is the perfect time to see this magnificent piece of history.

Other museums also participate in this event by offering their special shows and making their own plans. Some of them include the Museum of Political History, History of Religion Museum, and the Museum of Dolls, which you must see.

All around the city you can find all kinds of events and ways of spending some quality time. there will be national events as well as film festivals, music festivals, or special plans made by the city officials. The best way to catch the ones you prefer is by taking tours or planning ahead of time.

What to eat during the festival?

Speaking of snacks and drinks, you should definitely try the Morozhenoe ice-cream or the Vanilla ice-cream cups from around town. Ice-cream is always a good choice; however, if it makes you thirsty, you should try some of the local non-alcoholic Russian Kompot or Russian Mors drinks, made from fruits making you feel fresh and energetic. Of course, there are a ton of other snacks and drinks that you may find to your liking, so keep your eyes open as you are moving about, there might be something tasty just around the corner. 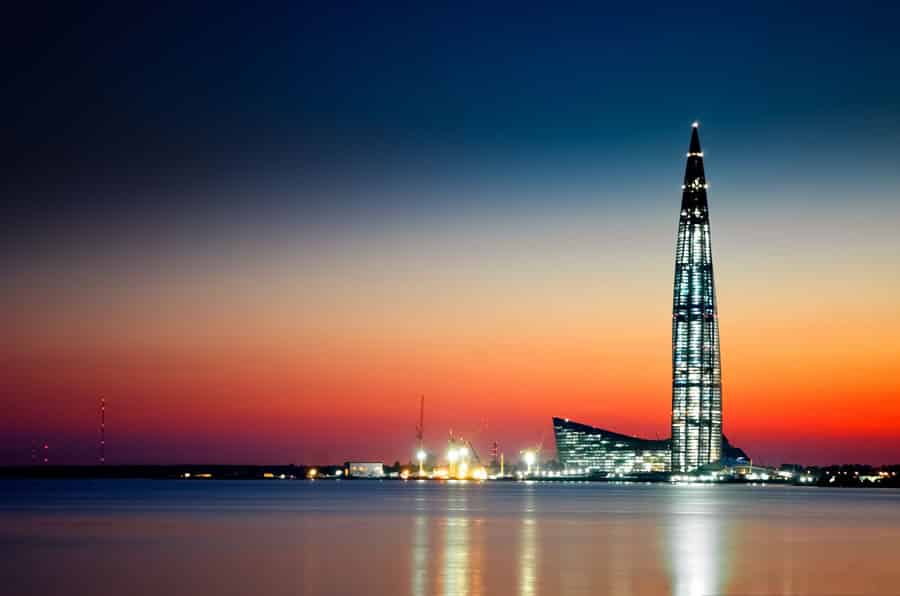 It’s highly recommended to book Ballet, Opera, Classical Music Performances, etc. in advance because these events, especially in Mariinsky Theatre, are booked months before the festival. Have you ever experienced The White Nights in Russia or the countries in the world? Share your feeling and comments with us. Also, if you are planning to have a trip to Saint Petersburg and you have any questions, feel free to leave them and our professional guides will reply as early as possible