Ba Be National Park in Vietnam

There are so many forests and natural elements on the landscape of Vietnam that makes it difficult to say exactly which are is the best, but the Ba Be National Park is probably one of the bests. It is located in the northern parts of the country and has plenty of things you can see such as waterfalls, rivers, and the Ba Be Lake. There are over a thousand species of flora, fauna, animals, and butterflies. Some of these species are endangered and the whole area is under protection, which means no hunting, fishing, or cutting down the trees. (Photo by ©️ Rod Waddington on Flickr)

Besides the wildlife and the beautiful environment, there are some villages belonging to ethnic minorities of Vietnam that visit Ba Be National Park both an adventure and a cultural trip. As you go hiking or indulging in any other type of activity, you might want to keep an eye out for these people to learn about their way of life and hear their local legends. These legends, as well as the history of the area, are other reasons for attracting travelers to these dense forests.

History of Ba Be National Park

Other than the formation of the limestone mountains and the Ba Be Lake, there is not much history to this national park. Studies indicate that these mountains were formed about 450 million years ago, and the lake dates back to about 200 million years ago. There are also evergreen forests and rivers that have never dried due to the amount of rain in the area which keeps the place living.

As for the establishment of the park, Ba Be National Park was officially established in 1992. Inside the approximately 23,000 hectares area of the park, there are 13 tribal villages that can tell you more about some events that have taken place in the region as well as some of their local legends.

Legend of Ba Be Lake

The myth concerning the formation of Ba Be Lake in Ba Be National Park has become a part of this beautiful and ancient Karst lake. It is said that there used to be a village exactly where the lake is now located. One night during a ceremony when people of different villages have gathered in this particular village, an old and hideous lady appeared. She was a hungry and old beggar asking the locals for food and nourishments. Some people ignored her while the others rejected to help her.

With no hope of receiving any help, she left the ceremony and she was about to leave when a widow offered to help her. The widow took the poor woman to her house where she lived with her child to feed her and give her a place to rest for the night. After eating, they went to sleep and in the dead of night, the widow woke up to see instead of the beggar there was a mythical creature is sleeping.

In the many different versions of the story, you may hear there was a dragon, a skeletal being, or other mythical creatures. In any case, the widow ran out of the house with her child. In the morning, when they had returned to their home, they saw the old woman again who was very grateful for the food and a place to rest. She gave them some ash, rice, and a warning about a flood. The ash was a means of protecting the house, the rice for eating, and the husks of the rice were instruments of helping others!

When the beggar left, the widow warned the villagers who laughed at her. In a few moments, the earth began to tremble, and water came out, flooding the village except for the house belonging to the woman and her child. She threw the rice husks into the water, which turned into boats and saved the people.

The legend may be interesting, especially when told by the locals with its various versions and alterations, but it is not true as we already know the lake is much older than said in the stories. In any case, one of the small islands in the lake is named after this legend and is said to belong to the widow and her child. There is a total of three islands in Ba Be Lake, which are called Pe Lam, Pe Lu, and Pe Leng (the widow island). 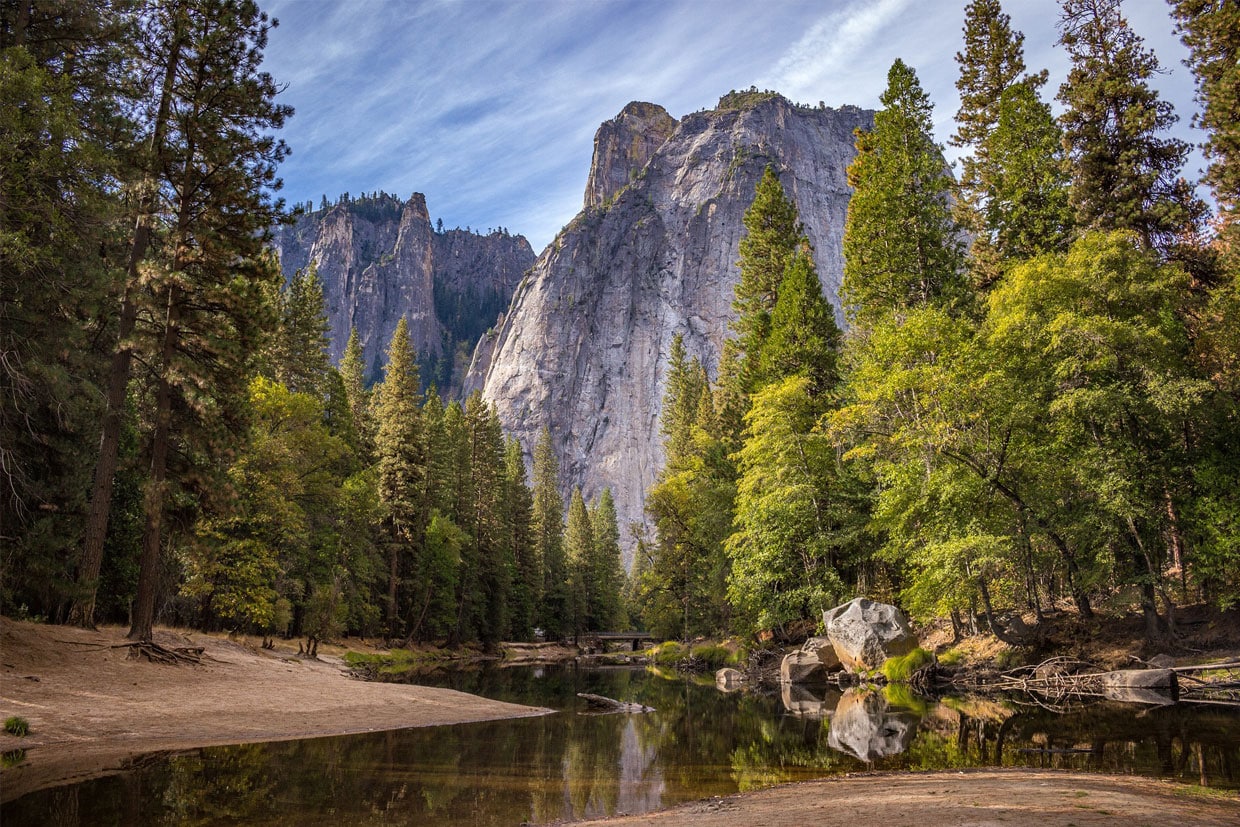 Ba Be National Park in Vietnam

Best Places to go in the Ba Be National Park

There are many activities to indulge yourself in, because of the many highlights in the region. You can go trekking, hiking, climbing in the forests and mountains as well as visiting the caves or go kayaking in the rivers and the lake. you can try cycling, go to the villages or take a tour of the National Park. In any of these cases, make sure to visit these top places of the Ba Be National Park while you are in the area:

The perfect spot for boating and kayaking are these beautiful and fresh waters of the Ba Be Lake and Nang River. In the rainy seasons, the flow of water is from the lake to the Nang River wish prevents the flooding of the area and in the dry season (winter and spring), the water for other places comes to the lake from the river. Because of this, the lake is never dried and does not flood and destroy the neighboring regions. In any case, this lake is one of the 20 most beautiful freshwater lakes of the world and a place that you do not want to miss.

The lake is about 8km long with a maximum width of 2km. The deepest section of the lake is 35m deep, and as a whole, it has an average depth of 20m.

There are some beautiful places near the lake as well, such as:

This temple is near the lake with huge religious importance to the people. You may see it as you go boating in the lake.

The lake and Nang River form a continuous flow of water, which has several sections; one of which is known as Fairy Pond. This section of the lake is very calm and enchanting. There are also several myths concerning the name. Some of the locals may tell you that this area was where fairies used to live.

There are three small islands by the names of Pe Lam, Pe Lu, and Pe Leng in the lake. The most important island is the Pe Leng (the widow island) belonging to the legends.

Thac Bac to the south and Dau Dang in the west are two stunning waterfalls near the center of Ba Be National Park and they are both connected to the lake. You can enjoy watching them as you walk the area or sit at their beaches and watch the fish in the silver water of the waterfalls.

Just along the Nang River and near the foot of Lung Nham Mountain in the Ba Be National Park, there is the Puong Cave. Millions of years of water erosion have formed this dark and magnificent cave where you can take a boat ride with a tour and see the stalactites and stalagmites as well as the bats living in the calm darkness of these caves.

Hua Ma Cave was discovered to the southwest of Ba Be Lake and became a tourist attraction in 2004. The ceiling is 50 meters high, and the average width of the cave is 30 to 50 meters wide with a dry floor. Legends say that the caves were haunted by the thousands of lost souls that have died in the tunnels, but legends have been proven wrong before. The Hua Ma cave is not only a beautiful part of the Ba Be National Park, but it is also cool in summer and warm in winter, making it a very pleasant visit in all seasons.

There is another fascinating cave in the Ba Be National Park that was discovered in 2016 by Mr. Linh’s Adventure. This cave is yet to be opened to the public, but as soon as it opens, you can go and delve into the darkness of yet another mesmerizing underground tunnel. Just like the other two, Lo Mo Cave is also formed by years of water erosion and goes about 3000 meters into the ground. It is not very wide and high, with its ceiling reaching a maximum of 40 meters in some places.

You can go camping, but hunting, fishing, and cutting down trees is against the law. Unless you want to bring a very heavy load of all the things you need for a camp, you can go to one of the local villages and look for a place to stay. The guest houses they rent are not very expensive and are perfect for the night. One of these homestays is called Mr. Linh’s Homestay, which is near the lake.

Vietnam is one of those places where you must try the local and traditional cuisine. To this end, while at the local villages, try some of their food. There are some places like the homestay where you can try some local foods and drinks. The ingredients are fresh and come from the same area, therefore you will have no problems with the quality of your food. Try them when you have the chance!

As mentioned earlier, the time for visiting is the dry seasons (spring and winter) to avoid heavy rains and floods near the lake and rivers. Better yet, you can look for the beginning of the lunar year and join in on the Long Tong Festival. The festival takes place about 10 days after the beginning of the first lunar month when people gather to perform traditional ceremonies and exchange delicious foods. You can find some of these delightful snacks and foods at the stalls brought to the festival.

Getting to Ba Be National Park

The Ba Be National Park covers a lot of ground and is located in Bac Kan Province. It is approximately 240km to the north of Hanoi. The nearest town is called Cho Ra, which is about 14km to the east of the park. You can also go to the provincial capital, which is about 70km away from the park.

If you are not on a tour of the park, the easiest way to get there is from Hanoi. You can simply look up Mr. Linh’s Adventures and ask for a car or a bus that will take you to the park.

Apart from that, you can go to the MY DINH bus station in Hanoi and look for the bus to CHO DON belonging to the Thuong Nga company. The bus is located near gate 33 and makes regular trips every day at 10:00 a.m. When you get off the bus, you can get in a van belonging to the same company, which will take you to the Ba Be Lake.

You can go to Lao Cai Station in SAPA and get a ticket for the night bus to Thai Nguyen. From the Thai Nguyen Station, you can hire a car or a new bus to get you to Ba Be. The price is negotiable, but the departure time is not! Haggle for the price, but do not delay.

In Cao Bang, look for the Cao Bang bus station and get a bus to Thai Nguyen or Hanoi. From there, you can refer to Option 1 and Option 3 and get to Ba Be National Park.

It is also possible to depart from HA GIANG using motor taxies, but it is not very recommendable for everyone.