Thien Mu Pagoda, aka Linh Mu Pagoda, is a religious temple with a beautiful and ancient architecture located on the left bank of Huong River, Hue, Vietnam.

Thien Mu Pagoda, which dates back to the early years of the 17th century, is one of the mysterious places in Vietnam offering the landscape with an amazing story behind it. The story foretold the unification of a country by the hands of a noble family taken place by chance or by destiny. (Photo by © Travel Local via Flickr)

Aside from the mystery and lore about Thien Mu Pagoda, this certain Temple and the city of Hue have an interesting history as well. After its constructions, partial destructions, and reconstructions, it is still standing today. Whenever you visit this part of the country, you need to look up the Thien Mu Pagoda, which is now among the famous attractions of the province and country.

The Thien Mu Pagoda was built in 1601 by the Nguyen Lords. They were a family that ruled in the province of Hue as the official governors of the province. During the rule of the Le Dynasty, the Nguyen Lords were tasked with the safeguard of Central Vietnam and her people.

The name of the family member who was charged with this task was Nguyen Hoang. Before building the pagoda, the legends say that he was going over the nearby grounds and examining them to find the best-suited areas for the construction of official buildings.

One night when he was exploring on his horseback, he saw a lady wearing a beautiful red and blue dress on a hill near the Perfume River. The hill near Perfume River was called Ha Khe and was only a few kilometers away from the riverbank. He went to the lady that is known in the legends as Thien Mu, which means the “Celestial Lady” or the “Heavenly Lady” and she told him about a prophecy.

She told the Nguyen Lord that there will be a lord one day that will come and build a Pagoda on this hill to pray for her people, which will later bring unity and prosperity. Having heard the prophecy, he ordered the construction of Thien Mu Pagoda in the very same spot as the lady foretold. 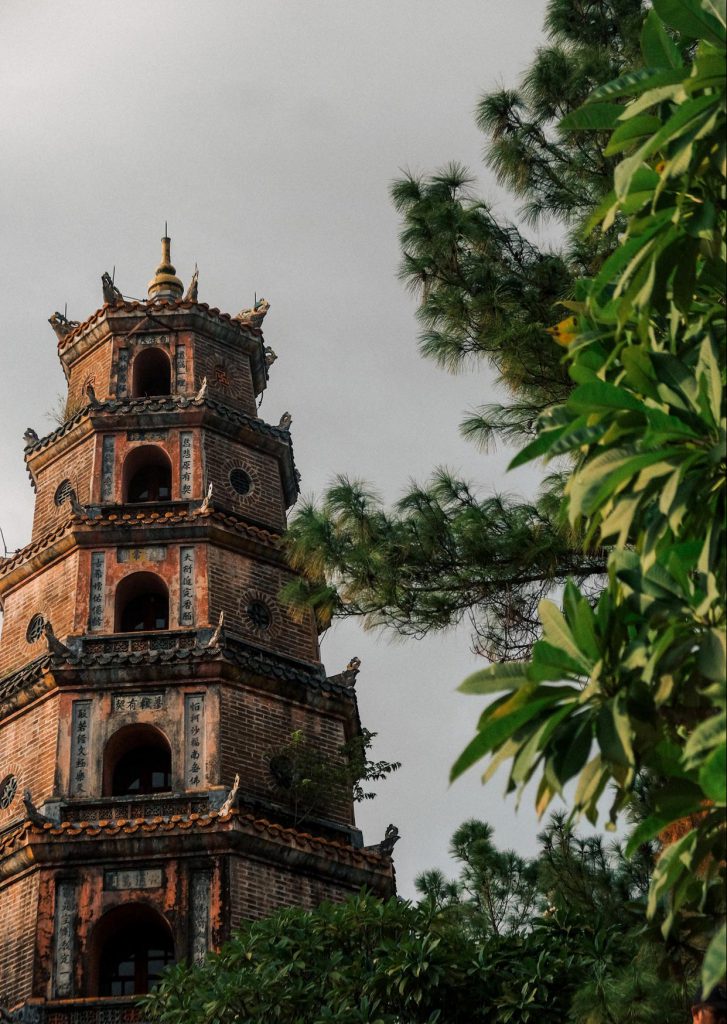 The later lords of the family have made expansions and added several buildings in the coming years. In 1665 and later in 1710, the building was expanded and a new and giant bell was added that could be heard from 10 kilometers away when it was ringing.

This bell was added by the order of Nguyen Phuc Chu. There were several buildings and pavilions added to what was now a complex near the growing Pagoda. These additions were because the Buddhist religion was gaining fame, and curiously, prosperity came to the land, just as the Thien Mu had foretold.

Years of prosperity and development passed but cruel times have also led to the destruction of many of the surrounding buildings. The temple remained a place of worship and holding events but it was not as popular for some time until the Nguyen family became the rulers of Vietnam.

Gia Long announced himself, Emperor, in the early 19th century and decided to renovate the Thien Mu Pagoda and build his Imperial City in Hue which was now the Capital of Vietnam. Fate or chance, the prophecy was fulfilled when the Nguyen Dynasty, the last of the Dynasties to rule over Vietnam, brought unity to the country. They held the borders of what we see as modern Vietnam, and after about 150 years of holding the seat of power, they too fell like the previous Dynasties.

Aside from the 1710 addition of the giant bell in which was housed in a pavilion, there was also another pavilion on the right of the Pagoda. This building was to contain a stele on the back of a marble turtle.

We can see the Thien Mu Pagoda and these two pavilions still standing, but they were damaged greatly due to a cyclone in 1904 and were repaired three years later in 1907. These renovations were not the last repairs that took place since the temple remained an important building for the people of Vietnam and her rulers.

This pagoda is built according to the ancient architecture of Vietnam and has seven stories with one statue of Buddha in each level. There is a spiral staircase in the middle leading to the top of the 20-meter-high Pagoda. The unique architecture of this octagonal tower has become the unofficial symbol of Hue.

Besides, there are the giant bell and three Buddha statues resembling the past, present, and future. It is said that on the top and in the seventh story of this building, there is a golden Buddha statue but this floor is not accessible with the stairs, and in order to ascend to the top floor, there used to be a separate ladder. One last prominent feature of the tower is perhaps the fact that it is the tallest building of its kind in Vietnam. 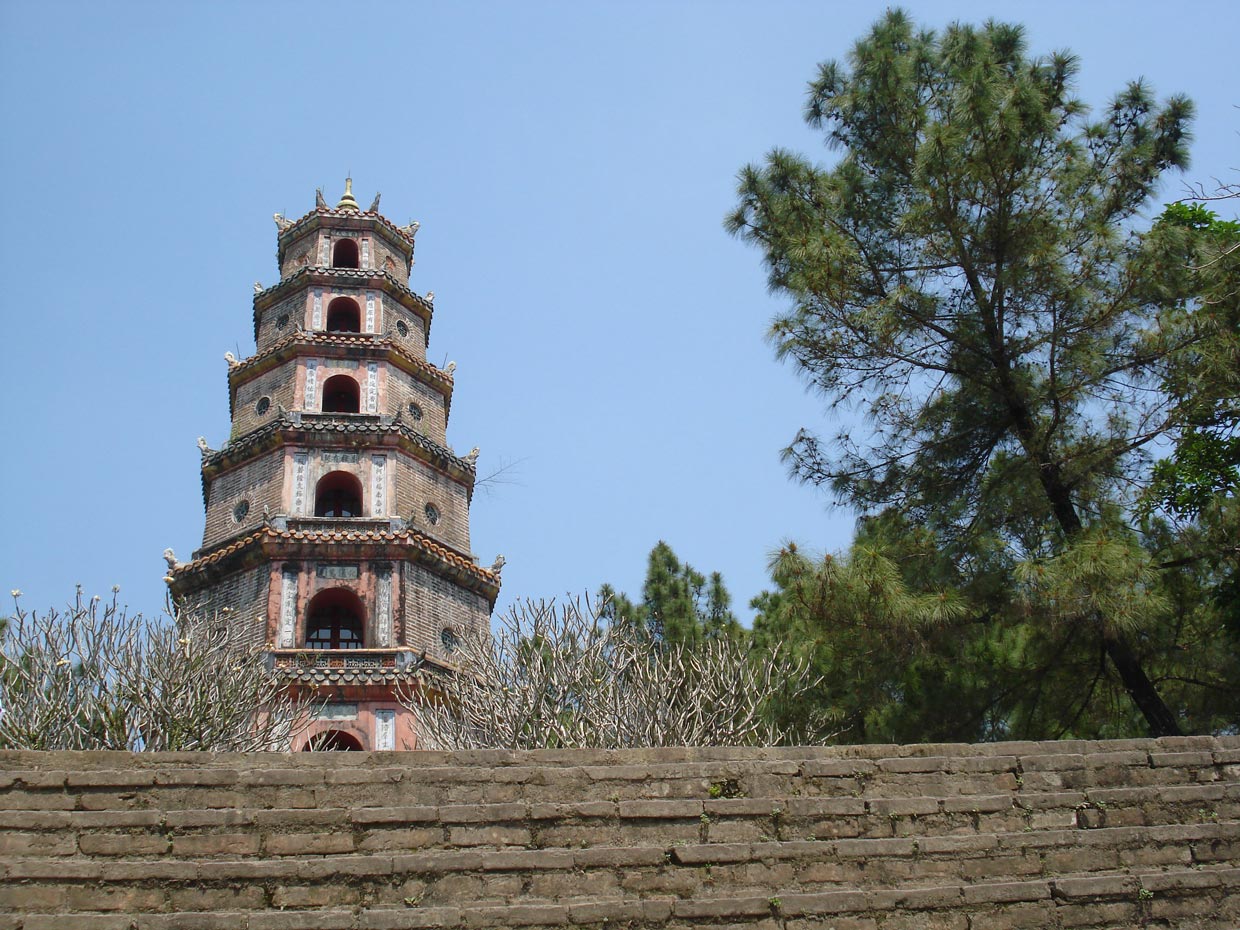 The Magical Kingdom of Bhutan