Temple of Literature in Hanoi

Temple of Literature, aka Văn Miếu in Vietnamese, is a picturesque attraction in Hanoi, which originally built in 1070 as a university dedicated to Confucius.

The first national university of Vietnam and one of the most picturesque places in the city of Hanoi is known as the Van Mieu or the Temple of Literature. This academy, which was at first a temple, is dedicated to Confucius and his disciples with five courtyards. (Photo by ©️ Sam Boswell via Flickr)

The architecture and the number of courtyards resemble the constructions used in the birthplace of Confucius. Several years later, the fifth courtyard turned into an imperial academy. Like any other building or monument, this heritage site of Vietnam has seen renovations but it has mostly remained intact except for the fifth yard, which had seen some harsh times.

The Temple of Literature As a Significant Attraction

Both as a temple dedicated to Confucius and as the first national academy for the capital city of Vietnam, this place has become a significant attraction in Hanoi. It is an important and iconic place for the followers of Confucius and students that visit the Temple of Literature for having good luck before their exams.

Besides the importance and good fortune, you can simply visit the gardens and pavilions inside the courtyards and have a relaxing time away from all the noise outside the Van Mieu. It is also a good chance to have a closer look and the ancient times of Vietnam.

The History of the Temple of Literature

The Temple of Literature was built during the late 11th century and under the rule of Emperor Ly Thanh Tong. The constructions of the Van Mieu were finished by 1070 and after six years, the last courtyard was ordered to be turned into ‘Quoc Tu Giam’ (imperial academy) in 1076.

The same building that was dedicated to Confucius, was also a university for those of noble birth. After many years and in 1442, the academy was opened to the common folk as well, but only those who had bright minds and could serve the people after graduation.

There are stone-turtle-steles carved by the order of Emperor Ly Thanh Tong in 1484 to inscribe the names and birthplace of exceptional scholars of the Temple of Literature. There were originally 116 steles, but nowadays, only 82 of them remain. The academy remained open until the year 1779 and then closed due to several political shifts in the country.

Later on, when the capital city was changed by the Nguyen Dynasty, a new imperial academy was established, and thus, this building was abandoned. Temple of Literature or Van Mieu was left almost entirely alone until 1906 when the French had declared the place a historic monument.

As of today, besides the building of the academy, where many doctors and great minds graduated, you can see the statues of Confucius, and his four main disciples along with 72 other scholars in the Temple of Literature. This attraction of Hanoi had been repaired many times and it was altered by the rulers and political powers ruling Vietnam and finally the French over time.

The fifth courtyard was also destroyed as a result of a bombing in 1947 but all the parts that were damaged or destroyed were renovated to their former glory. The very last renovations date to the year 2000 when all the parts and gardens of this heritage site were restored. 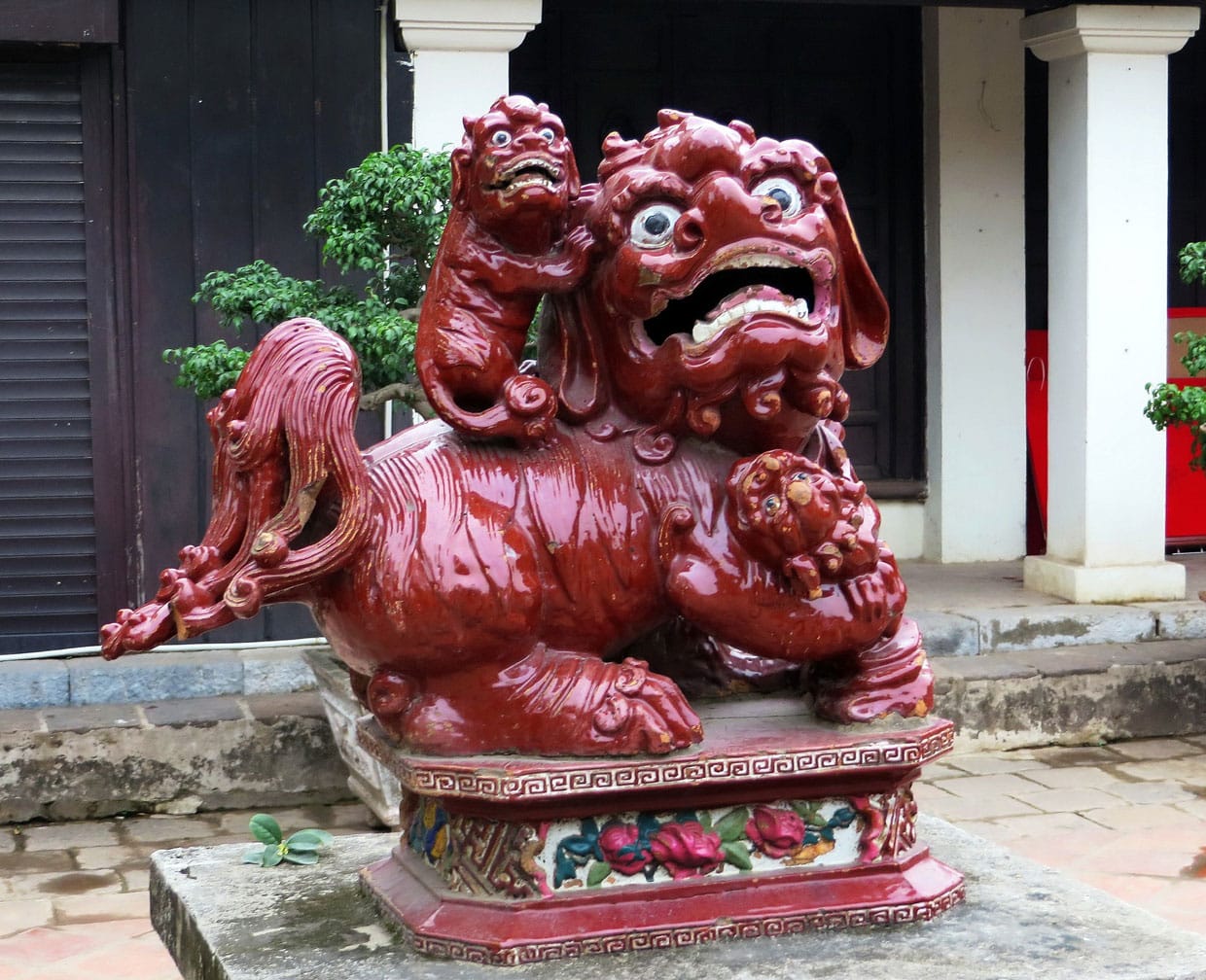 Temple of Literature in Hanoi, Vietnam

The Architecture of Temple of Literature

It was mentioned earlier that the Temple of Literature has five courtyards and its architecture resembles the temple at Confucius’s birthplace in Shandong. This complex covers an area of 54000 m2 in total.

The first two courtyards mainly serve as the entrance for the building and places for students and scholars to relax ad study. In these two areas, you can see the beautiful gardens and pavilions, some of which are later additions to the complex.

In the fourth courtyard, you can see the statues of Confucius and his disciples that were mentioned, along with pavilions and a small museum. Inside the museum, you can see the items that belonged to the students that studied in the Quoc Tu Giam. You can also see a small gift shop, which is one of the newest additions to the complex.

Last but not least, in the fifth courtyard, you can see the academy that began its work in 1706, where many great minds studied. There are several other artifacts in this area such as bells, and other things that were used in the past but are now only for display.

Visiting the Temple of Literature

The city of Hanoi is not a small place, but all the main attractions are located close to one another. The best way to visit each site is to take a taxi from your hotel or come by tour. If you have a map with you, you can even decide to walk the distance and explore the city as well. One of the other nearby attractions is the Hoan Kiem Lake, which is 2 kilometers to the east of the Temple of Literature.

Besides the seasonal change of the opening hours, the visiting days may also change. Make sure to check if the Temple of Literature is open before you visit.