Hoan Kiem Lake, aka The Lake of the Restored Sword, is a freshwater lake in Hanoi's cultural and historic heart offering a fantastic landscape for visitors.

In the capital city of Vietnam, you can find many attractions such as the Hoan Kiem Lake with a spiritual sense that also have a myth or a legend as part of their history. This lake, with its rather small islands and a pagoda in the middle of each island, is not very large, but never the less, one of the most iconic places in Hanoi.

Legend or truth, elements of the Vietnamese history and endangered softshell turtles along with a tiny part of peace near the lake and on the island attract many locals and tourists to this site. You can explore the areas around the lake or participate in jogging and other activities with the locals, or just relax and enjoy the scenery.

History of the Hoan Kiem Lake

Inside the lake, there are two islands, and the larger one is called Jade Island. On The Jade Island, you can see a temple called ‘Ngoc Son Temple’, translates as ‘Temple of the Jade Mountain’, which is accessible by the iconic The Huc (Perch of the Morning Sunlight) Bridge made of wood and painted in bright red.

There is also a smaller island that cannot be accessed and holds a building known as the turtle tower.  Here, the turtle tower was built after the events of the mid-15th century (about 1428). According to the legends, after the defeat of the Chines forces of the Ming Dynasty, Emperor Le Loi returned a mythical sword to the Golden Turtle God (Kim Qui).

The legends say that a sword was bestowed to the Emperor by the Heavens to fight against the Chines forces. After the war was over, while the Emperor was boating on the Hoan Kiem Lake, the Kim Qui visited him to take the sword back. After this event, the name of the lake was Changed from Luc Thuy (Green Water) into Hoan Kiem (Lake of the Returned Sword).

The temple on Jade Island was built later on in the 18th century in dedication to a General and War Hero called Tran Hung Dao. In the 13th century, Tran Hung Dao faced and defeated an army of about 300000 Mongolian soldiers sent by Emperor Kublai Khan. The invaders wanted to conquer Vietnam by that time and, in this battle, failed to do so. 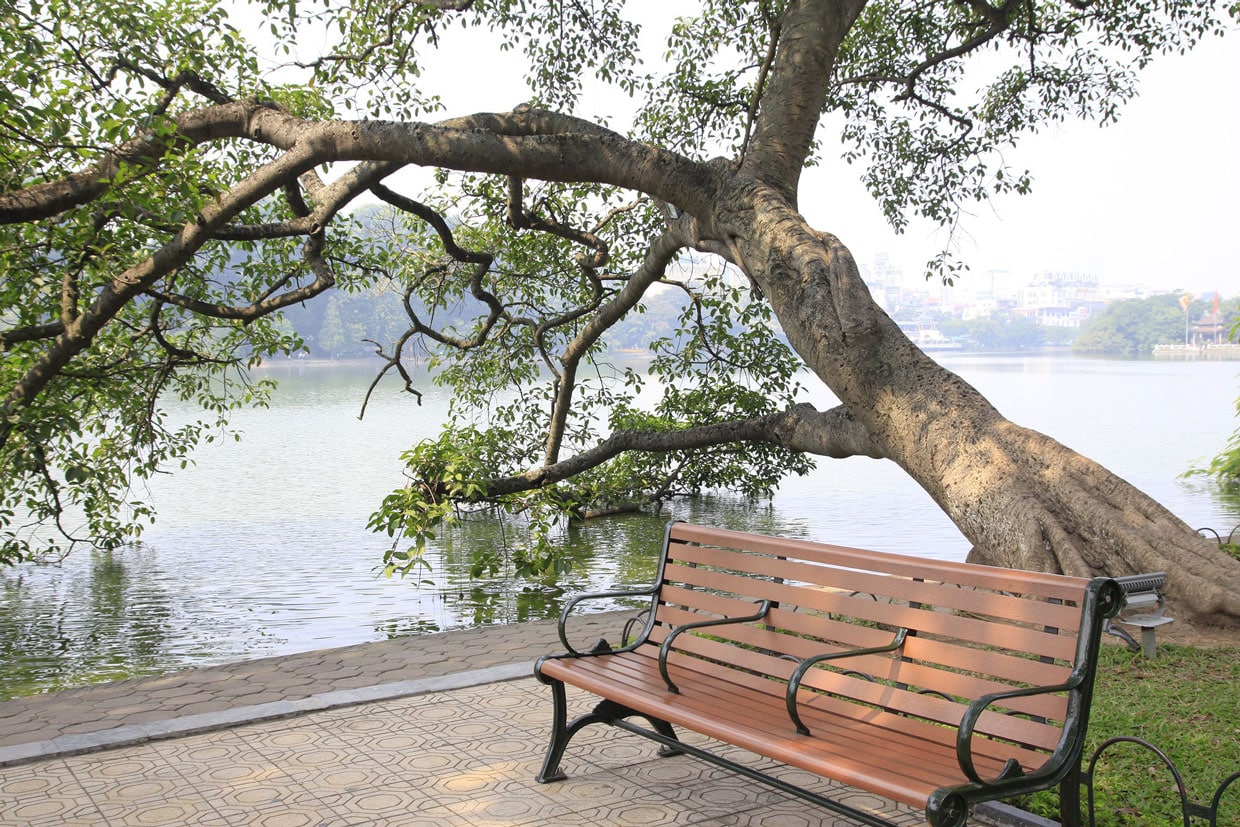 When visiting the downtown lake of Hoan Kiem Lake, you can see the amazing pieces of Thailand’s history such as the small island and the Turtle Tower. Other than that, you can cross the bridge and visit the Ngoc Son. Crossing the bridge, you will see two towers, covered with writings, guarding the temple.

Inside the temple, there is an altar dedicated to General Tran Hung Dao along with other alters and statues of other deities. There are other artifacts and items, such as the preserved body of a legendary giant turtle, which is now an endangered species.

There are other expansions and towers on the Jade island as well as the temple; however, the primary structure is the Ngoc Son itself. This famous pagoda is not only a museum; it is still used as a place of worship by the monks and visitors of the city.

The Jade island is on the northern side of the Hoan Kiem Lake while the smaller island and Turtle Tower are located near the center and the southern areas. Looking around the lake, you can also see several buildings resembling pagodas and gate-ways around the lake.

You can visit the lake at any time of the day you want. It is best to visit early in the morning and after sunset. If you visit at 06:00 a.m. you can see the locals exercising, doing t’ ai chi, and yoga along the shores. Visiting after dark gives you the beautiful experience of the lighting decorations and the reflation of the night sky on the lake. 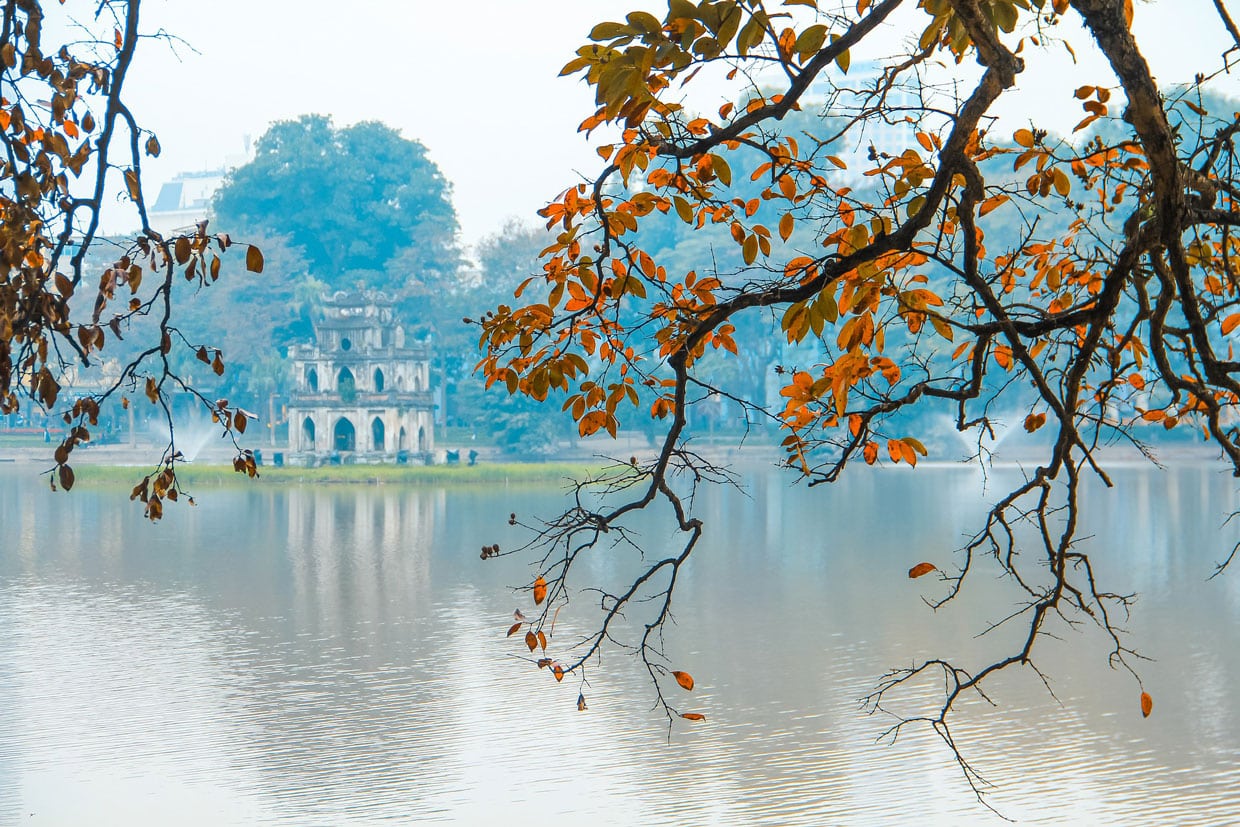