Prince’s Islands, Istanbul, Turkey – All You Need To Know About!

The Princes’ Islands are a cluster of 9 islands southeast of Istanbul in the Sea of Marmara., known for its horse-drawn carriages (phaetons). Among these islands, Büyükada is the biggest and most famous one, attracting millions of tourists annually.
In This Article
History
To Reach Prince’s Islands
Public Transportation
Hotels and Restaurants
Büyükada
Timing
Further Notes

The Princes’ Islands are a collection of nine quite small islands in the Marmara Sea (Kızıl Adalar or just Adalar in Turkish) in Turkey. They have developed from an isolated place in the Byzantine period to a famous tourist attraction. Most of the Turkish people choose this place to relieve themselves from the crazy busy life in the city for a while. These are the nine islands: Büyükada, Heybeliada, Burgazada, Kınalıada, Sedef Island, Yassıada, Sivriada, Kaşık Island and Tavşan. However, only the first four islands are publicly available.

The Princes’ Islands were formerly unpopulated and isolated. They are named after the heads of an important family who were banished there as a consequence of losing popularity at some eras in the Byzantine and Ottoman eras. They were observed by Constantinople, and before the end of the 19th century, while modern paddle transportation was brought to the Marmara Sea, reaching these islands was something like an adventure.

With the exception of the banished Prince, those islands used to be uninhabited. A couple of loners who were looking to find isolation used to be there. The Turkish Ottoman title of the archipelago, the Island of Monks (Keşiş Adaları in Turkish), was inspired by them. In the 19th century, the islands changed to a well-known place for the privileged population of Istanbul. The Victorian villas and homes are all still there on the biggest of the Princes’ islands. It is notable that in 1912 there were Around 10000 Greeks and less than 1000 Turks settled on the islands.

The one and the only way to get to Prince’s Islands is by sea. Istanbul ferries or fast ferries are accessible at different hours and on a daily basis. If you are traveling from the European side, ferries from both Beşiktaş and Eminönü are available. From the Asian part, Kadıköy, Bostancı, Maltepe, and Kartal are the waterways that include a path to the islands. Along with the boats and fast ferries, the common departings are from Bostancı that also has private mid-size ship connections to the islands. These private boats are available in winter too.

If you choose boats, it will take about 1.5 hours from the European Side and less than an hour from Asian Side to reach there. Fast ferries (Deniz Otobüs in Turkish) are more costly. However, they have air conditioning and besides, you will get to the islands faster. The thing is that they leave sooner and their working hours are not that much.

The Mavi Marmara ferry service usually heads from Bostanci to Büyükada and Heybeliada, and the next to Kınalıada and Burgazada. Inside the boat, the names of the islands are not mentioned. Therefore, carefully read the signs posted on the foreshore to ensure that the island you’re going to eventually walk on is the one you want to travel on. The other option, along with the Mavi Marmara, is the city line of ferries (Şehir Hatları in Turkish) which seem to be more like ships.

No motorized vehicle is allowed to enter or run in Prince’s islands. The only exceptions are special automobiles, for instance, school buses or ambulances. When you visit these islands, you have three options: walking, renting a bike or scooter, or riding a horse carriage. Many disagree with using horse carriages, as it seems to be a kind of animal abuse, and prefer walking or renting bikes. Still, there is no insistence, and it’s completely up to you.

You may want to spend a night or two on one of the four islands, and that’s a great choice. Many of these hotels are located in Büyükada, so you don’t have to worry about booking a room. Keep in mind that Büyükada gets really crowded during summer. Heybeliada has convenient hotels, too, but they are not as many as hotels in Büyükada. Burgazada has a hotel too, but there is no hotel in Kınalıada.

All four main islands have good restaurants, offering a great menu of different dishes with fine prices. The Mediterranean, Turkish, Armenian, Greek cuisines, as well as Fast food and seafood, are available there.

Of all the Princes’ Islands, Büyükada is the biggest and most famous island that attracts tourists. The island covers a region of 5.4 square km and provides tourists with a lot of activities. The island has a great tasting menu on the foreshore, together with shopping, walking, hiking, and sightseeing experiences. A list of things that you really have to do while you’re visiting there is mentioned either. 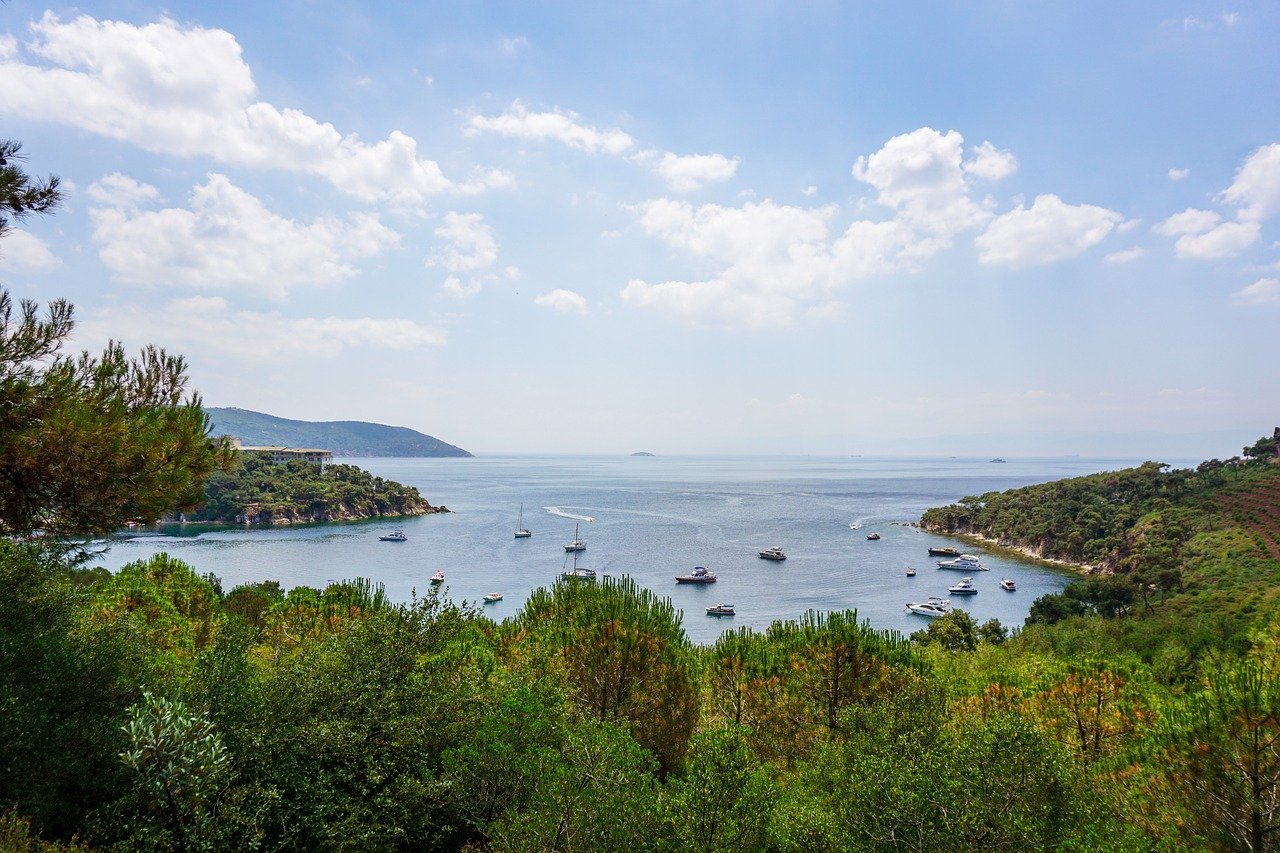 The abandoned and derelict Greek Orphanage (Rum Yetimhanesi) sits on the other hill of Büyükada, in the pine trees, appearing like it’s a cursed tavern. This four-story structure is completely made of wood. It is the world’s second-biggest wooden building and the biggest in Europe. Entering the house is unsafe since it is slowly rotting and restricted as well.

The French-Ottoman architect Alexander Vallaury started the construction of what was supposed to be referred to as the Prinkipo Palace in 1898, at the end of the Ottoman Empire. The structure was supposed to be a luxurious hotel and casino for the Compagnie Internationale des Wagons-Lits, the rail company that ran the Orient Express.

It was spectacular, but then a big problem affected the work. Abdul Hamid II, the Ottoman Dynasty’s 34th Sultan, was a strongly religious man. He didn’t approve of the opening of casinos. Therefore, the wife of a rich Greek banker purchased the house in 1903 and immediately gave the whole estate to the Ecumenical Patriarchate of Constantinople, part of the Eastern Orthodox Church. In response, they adapted the entire area into opening an orphanage.

Within its history, the Prinkipo Greek Orthodox Orphanage (also recognized as the Rum Orphanage) had been home to about 6000 Greek kids. However, later than more than 50 years as a working orphanage, circumstances changed the situation, and it got abandoned.

We recommend you to walk around the island right after you reach there. Explore the beauty of Büyükada and enjoy it. If you visit there during the hot months, you can observe the pretty flowers everywhere. The only thing is that you have to be careful about the horse carriages since they move so fast and may hit you.

Heybeliada Island is the largest island of the Prince’s Islands after Büyükada. Heybeliada got magical pine woods and hills, which are perfect for walking alongside several Victorian-era buildings and homes. It is less crowded than its huge neighbor Büyükada, but there are a lot of decent hotels for staying in if someone wishes to spend more than a day on this island.

When you go out of the ferry, the vast Maritime Cadet School highlights the beach to the left. On the lands of the school, two fascinating examples of architecture exist. One of these is Kamariotissa, the island’s only surviving Byzantine church and, more significantly, the only surviving church that could be founded before Constantinople’s invasion. Another is the burial place of Edward Barton, an English Diplomat to be sent to Constantinople by Elizabeth I of England. He decided to live in Heybeliada to run away from city life. 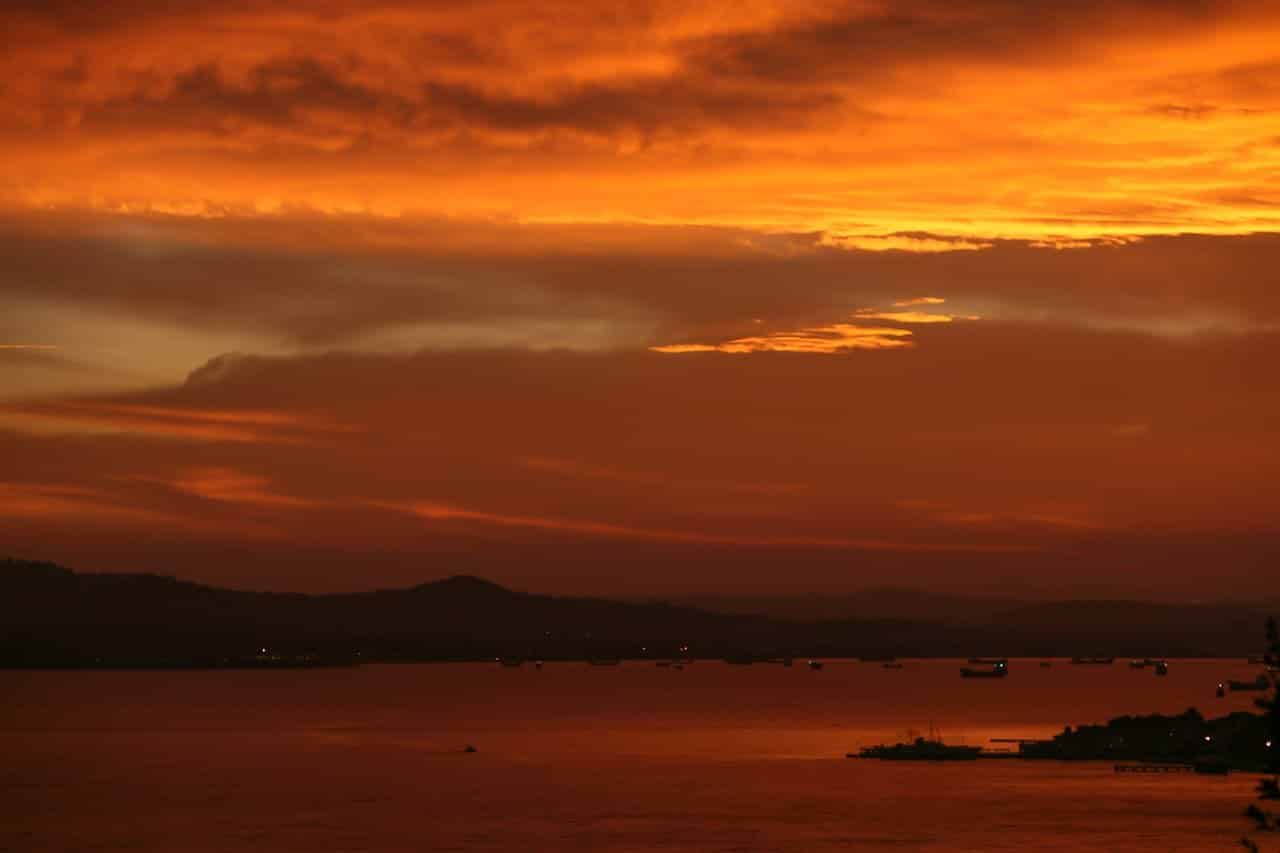 Rent a Bike or Electric Scooter

If you’re not a great fan of walking, you can hire a bike or electric scooter and experience cycling on the island. There are plenty of rental shops there, helping you to enhance your traveling to Büyükada. The prices might differ.

Visiting the Hagios Giorgios Monastery, situated on a 203metres high hill known as Yücetepe, is among the most famous things to do in Büyükada. In order to reach the monastery, a short hike is required. In addition, a 30-minute bike ride away from the central jetty is the hill on which the monastery is constructed. So, consider the time of your stay on the island if you are planning on visiting it.

In this Greek Orthodox monastery complex, there is not much to perceive. However, the spectacular view from the monastery balcony ends up making the hour-long hike worthy. The only notable building is the small church, and most tourists spend much of their time at the enjoyable restaurant of Yücetepe Kır Gazinosu.

Each year on April 23rd, which is known as the holy day of Saint George, a crowd of apparently thousands come to church to wish. The religious practices of wish-making on the day vary from the regular burning of candles to climbing a path (without wearing shoes) to untangling wool balls all along the route. Note that to enter the church, you’ll need to consider your dressing.

Burgazada, which isn’t as big as Büyükada and Heybeliada, is an island with a territory of 1.5 square km, is the second island that is located right after Kinaliada Island. Demetrius I of Macedon, one of Alexander the Great’s Diadochi (leaders), constructed a fortress there and titled it after Antigonus I of Monophthalmus, his dad. The island got the title, but now it is just called Burgaz, which is the Turkish term for the fortress.

Due to its cool and peaceful atmosphere, Burgaz is known to be a quiet island since very few visitors have actually opted to explore this island. Burgaz is the best spot for those seeking a pleasant weekend outbreak from the populous city of Istanbul.

For author Sait Faik Abasıyanık, Burgaz, where he also lived, is a popular setting and also the main theme. His house is held as a museum now. You can also see a bronze statue of him admiring the scenery at his favorite restaurant in Kalpazankaya. The Burgazada was mainly Jewish until the middle of the 20th century. 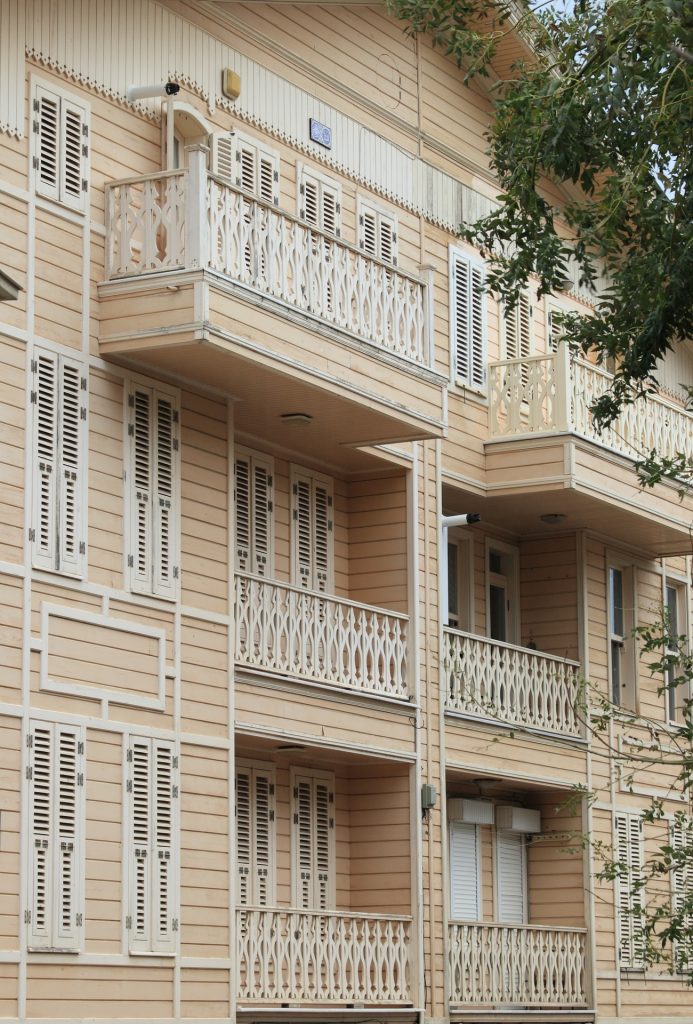 Kınalıada is the tiniest of the archipelago’s four chief islands and is less wooded. Kinaliada is the closest island to Istanbul’s coastline. It is actually the only island that got a beach between all the islands. The title of the island has two parts: kına, which means henna in Turkey, and Ada, which means the island. It refers to the color of the ground in there

Especially attractive to the Armenians of Istanbul, people often visit Kinaliada Island in order to have a pleasant time on the beach. They can swim or just rest on the beach chairs. In contrast with the other three islands, there are not that many other things to do instead.

The timetable changes during the different months of the year. Make sure to enquire about the schedules to find out the exact time of departing. In warm months, because there are more tourists, the running of the ferries is daily from morning to 6 pm. During the cold months of the year, they might not prepare a daily schedule and only depart on specific days. (4 days a week)