About 7,000 people are living in Büyükada. They speak the Turkish language, the same as other cities in Turkey. Büyükada is located in the Sea of Marmara. However, there are no gas-powered vehicles on the island. That is why the weather on this island is delightful and clear. Büyükada literally means big island. There are two peaks on the Büyükada, from which you can see the surrounding scenery.

In This Article
Büyükada Weather
History of Büyükada
Büyükada Attractions
Tours
Going Around in Büyükada
How Can I Get to Büyükada?
The Best Time to Visit Büyükada
Conclusion

Büyükada is a neighborhood in the Adalar district in Istanbul. The unique characteristics of this island have made it one of the most popular attractions of Istanbul. If you’ve ever heard of the Princes’ Islands, you’ve probably heard of Büyükada as well. The Prince Islands are the nine most famous islands of Istanbul, of which Büyükada is the largest. This island has an area of about 5.4 square kilometers, and its height is 163 meters.

During December, there will be a lot of rainy days. If you do not want to see the rainy days in Büyükada, do not go to the island in December. However, many tourists love to experience being on this island while it rains.

Added to wishlistRemoved from wishlist 1
Add to compare
From: $1,105.00

Throughout history, Büyükada has been a place of life for exiled prisoners. For some time, Büyükada was one of the main areas where neighboring countries sent their exiled prisoners. Although only ordinary prisoners were exiled to this place at first, when Emperor Justin II built a palace and a church in 569 AD, Büyükada also became a place for the exiled princes to live.

After years and during the Ottoman Empire, this place gradually became a place for entertainment. Greeks and Jews came to this part of the land for relaxation. It can be said that the Ottoman Empire was a time of prosperity for the island because, at this time, beautiful gardens and villas were built there. 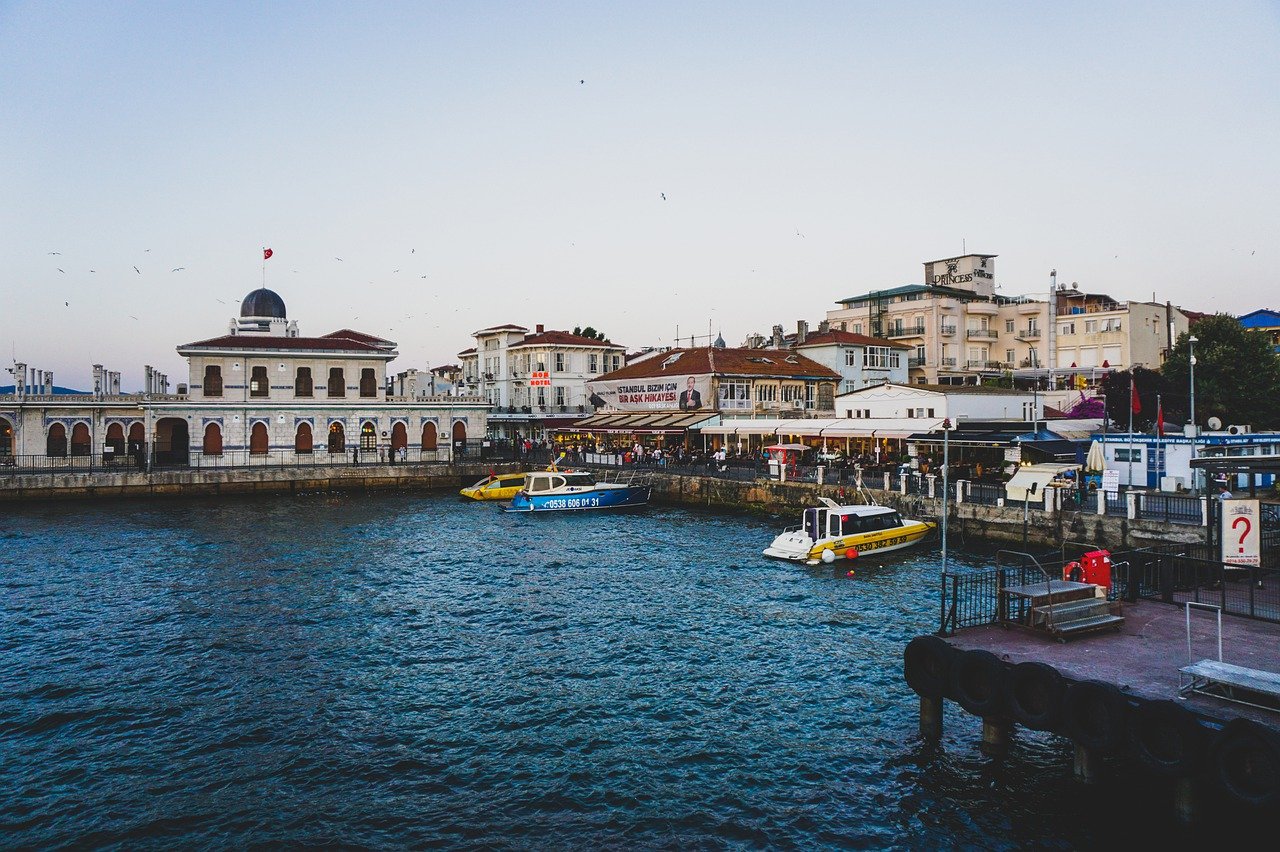 Buildings of the Ottoman Era

Büyükada is a historical island with many relics from different historical periods. You can see buildings that were built on the island during the Ottoman period. 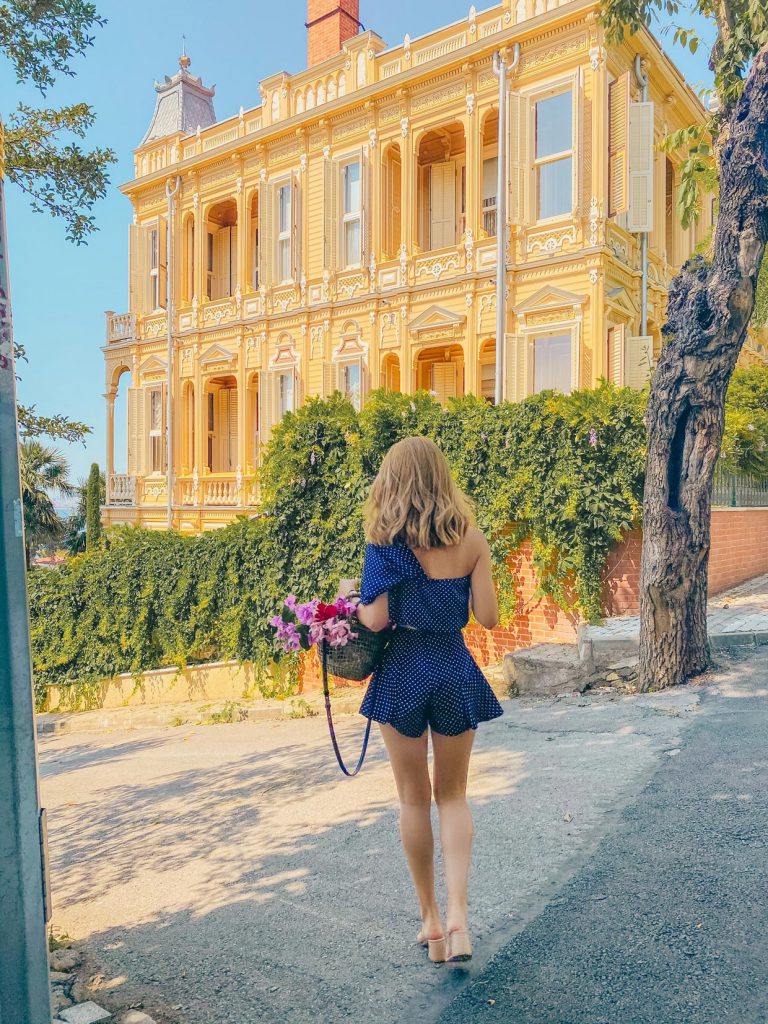 One of the most famous buildings on the island is the place where Leon Trotsky, a Russian philosopher, and politician, spent his exile from his homeland, Russia. If you travel to Büyükada, you can visit this house, and a knowledgeable guide can give you some information about it. It is interesting to know that this house was for sale in 2015 and sold at a high price.

Arguably the most beautiful building on the island is the Hagia Yorgi church. The church was built during the reign of Emperor Konstantinos V and, according to historians, dates back to before the 9th century AD. The church has been rebuilt several times throughout history.

The Prinkipo Greek Orphanage is the largest wooden house in Europe with an area of 20,000 square meters and was an orphanage from 1903 to 1964. This orphanage was designed and built by a French architect in 1898. Of course, no one lives in this orphanage today.

If you want to see the natural attractions of Büyükada from the best place, you should go to the highest point of the island, from where you can see the sea and the scenery around the island and even Istanbul. You can even walk on the beach and listen to the sound of seagulls. This will completely eliminate your fatigue. Since there is no car in Büyükada, the only sound you will hear is the sound of nature.

There are various stalls selling ice cream and snacks around Büyükada Beach. You can visit these cafes to spend much of your hours relaxing in local places. Don’t forget to taste their traditional drinks. 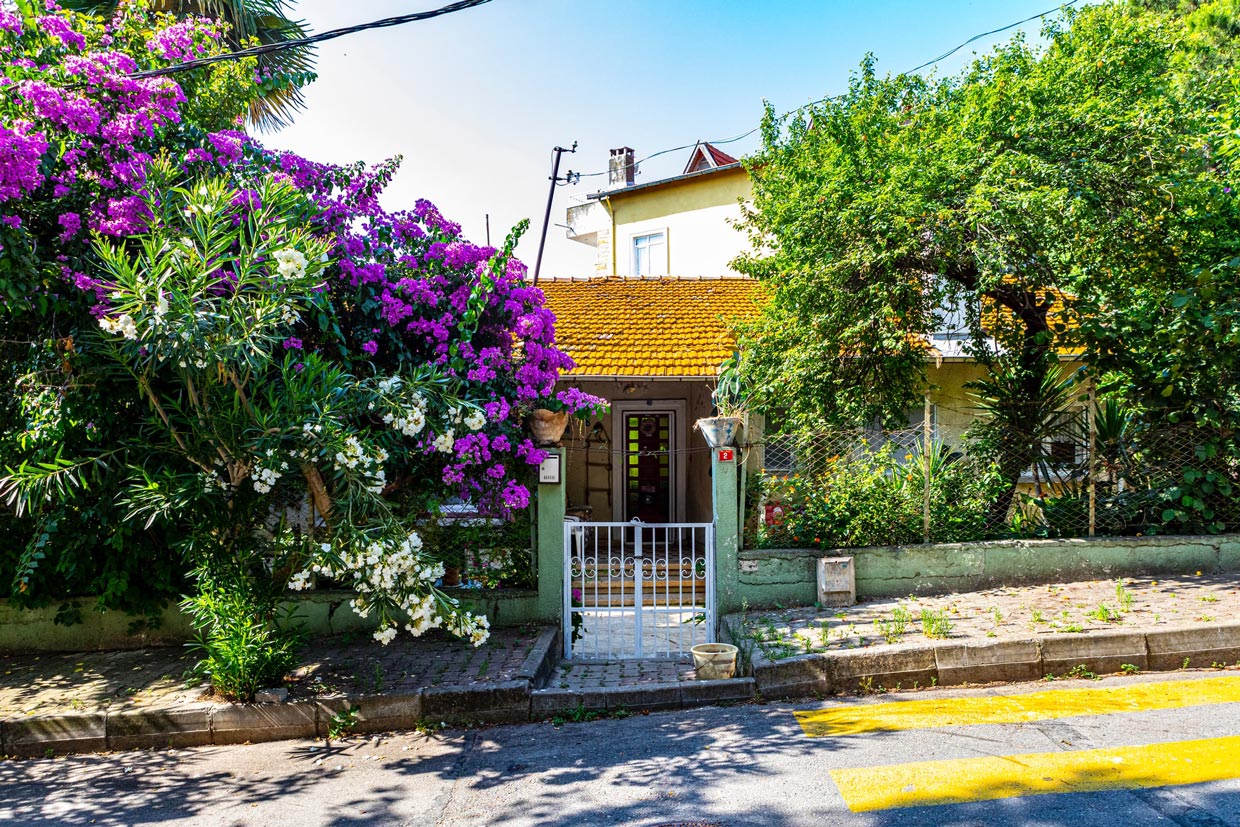 Joining tours is a great option in Büyükada. To participate in all-inclusive tours, you have to ride a carriage. These tours are of two models, short tours that last about 20 minutes and long tours that last about 1 hour. You can also see Agios Dimitrios Church and Hamidiye Mosque while riding in the carriage. 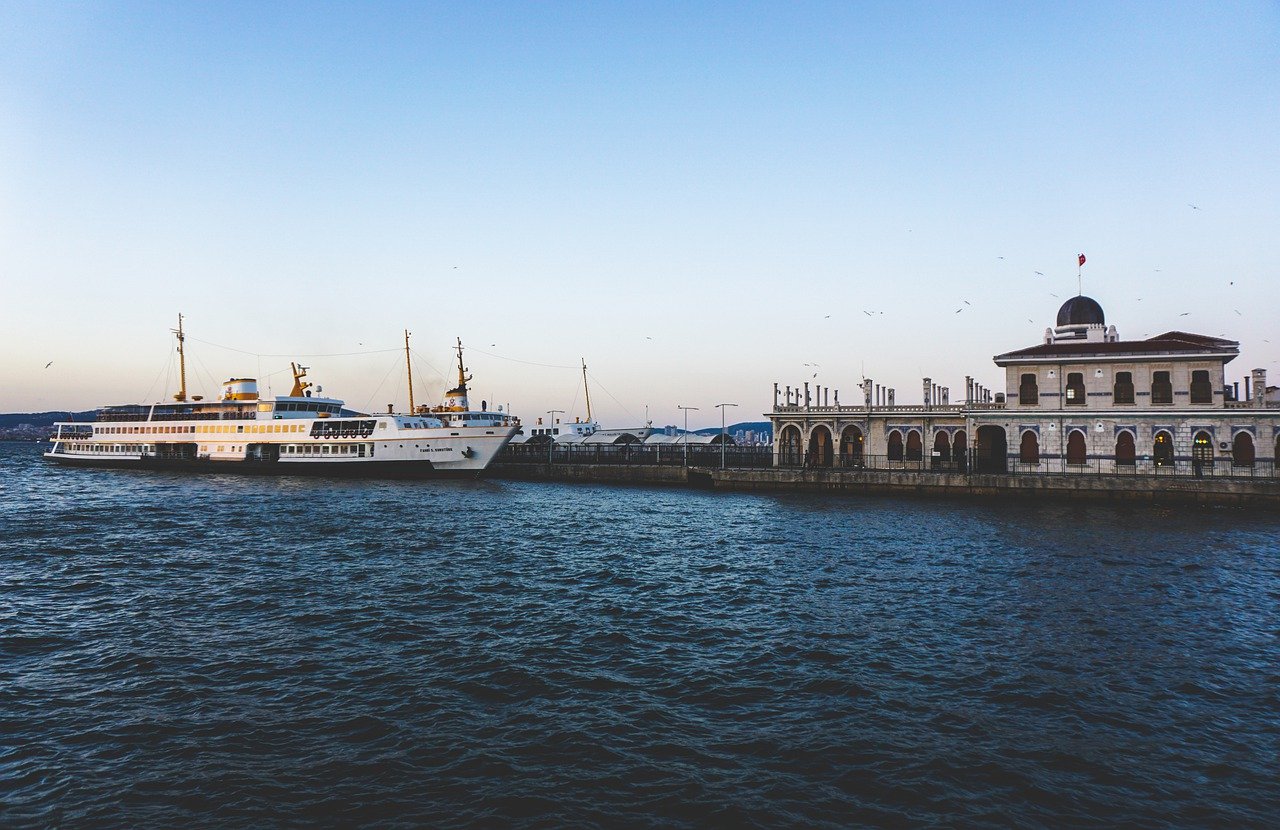 Going Around in Büyükada

To get around Büyükada, you can use a mule or a bicycle or walk around the island. If you use mules, you are more comfortable because the routes of this island are mostly steep, and therefore, if you ride mules, you will be less tired.

How Can I Get to Büyükada?

To get to Büyükada, you can use sea buses or boats. It is cheaper to use sea buses, but it is good not to miss boating excitement.

The Best Time to Visit Büyükada 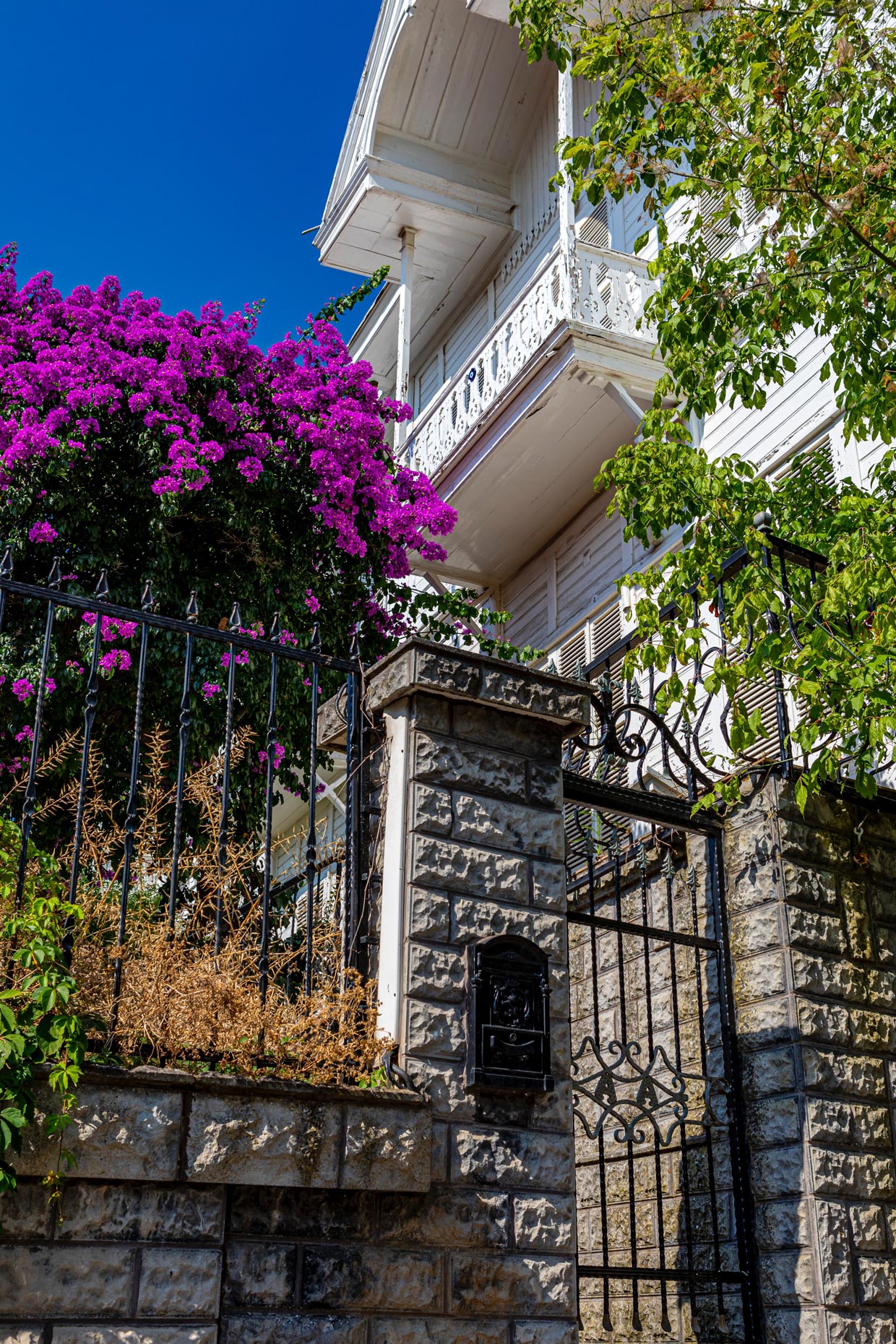 Büyükada is one of the most exciting tourist islands globally, which is considered by many tourists to be one of the best places ever visited. If you ever travel to Turkey and Istanbul, do not miss seeing Büyükada!

In This Article
Büyükada Weather
History of Büyükada
Büyükada Attractions
Buildings of the Ottoman Era
Leon Trotsky House
Hagia Yorgi Church
Prinkipo Rum Orphanage
Nature in Büyükada
Tours
Going Around in Büyükada
How Can I Get to Büyükada?
The Best Time to Visit Büyükada
Conclusion

5 Days
Private Tour
Lodge
Added to wishlistRemoved from wishlist 0
Add to compare
From: $1,920.00