Historically, Ararat is correlated with the mount on which Noah's Ark landed right when the flood was over. As mentioned before, Ararat, being presented in the Bible, is the Hebrew form of Urardhu, or Urartu. Ararat is significant and holy to the Armenians. They believe that they're the first human race to emerge in the universe from the time of the flood.
In This Article
Location
The Great Ararat and Little Ararat
Climbing The Mount Ararat
Best Time to Visit
Doğubayazıt, The Nearby City
Estimated Time to Reach the Summit
Tours
Stories and Myths
Visitors’ Suggestions

On the easterly side of Turkey, Mount Ararat (Ağrı Dağı in Turkish) is a volcanic mountain mass affording a landscape of where Turkey, Iran, and Armenia meet. Turkey’s highest and largest sierra, consisting of two ancient peaks and, due to its nearness to Armenia, is involved with Armenian mythology, culture, and biblical references. Climbing Mount Ararat or skiing are the greatest experiences that one can have while coming across the highest peak of Turkey.

Situated half the way around Lake Van in the southwestern part of Turkey and Lake Sevan throughout Armenia’s northeast part, the Ararat Mountains surround the Armenian uplands. The Ararat Mountains are placed at the edge of the Ararat Plain from the south, providing a rich farm region with cool climates.

Today, the Ararat Mountains bestrides the current lands of Turkey, Armenia, Iran, and Azerbaijan. On what seems like a fine day, both Great Ararat and Little Ararat can be perceived from the middle of Yerevan, Armenia, about 30 miles (about 50 km) away from Mount Ararat. The Khor Virip Temple also provides breathtaking viewpoints of the Ararat Mountains from Armenia.

The Great Ararat and Little Ararat

Ararat comprises two hills less than 10 miles away from each other. The Great Ararat (Büyük Ağrı Dağı in Turkish), which is nearly 17,000 feet (about 5 km) above earth’s surface, is the tallest mountain in Turkey. Little Ararat (Küçük Ağrı Dağı in Turkish), goes up to about 13,000 feet (less than 4 km). Little Ararat has a short, almost ideal summit and is the 6th highest place in Turkey.

Both Great and Little Ararat are the outcome of volcanic eruptions. None of them holds many signs of a volcanic hole. Yet, there are balanced cones and cracks on their sides. Both of them were respected by the early Urartu people (13th to 7th century B.C), who assigned their name to the peak. The name Urartu has now been switched to Ararat.

The cylindrical summit of the Great Ararat gives a glorious sight during the cold season. The snow line changes with the season, dropping to 14,000 feet from the coast level by the final days of the year. You can also find natural glaciers on the north side of the Great Ararat, near the peak.

The central region of Ararat, 5,000 to 11,500 feet, is a grass-covered field. This is the place where the native Kurdish people pasture their sheep. There is no tree in most of the Great Ararat, but Little Ararat has a handful of birch trees. Although the Ararat region is usually covered with snow, there is not enough water there. 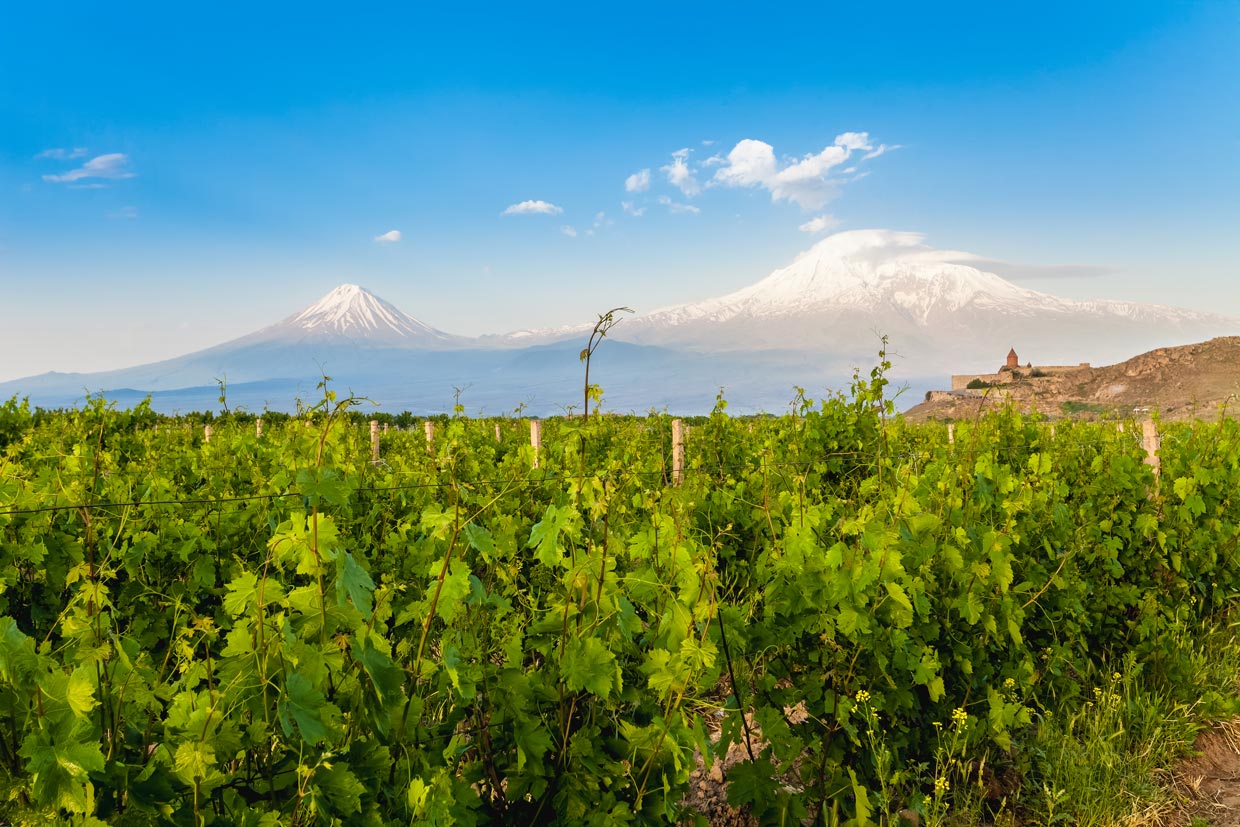 The first part of the trek is an easy 1000m ascent from the kickoff point to Camp 1. The Estimated distance is less than 2 miles (3200m) which takes about 3-4 hours at a slow speed. Camp 1 provides right equipment, such as a generator and Wi-Fi. Most of the groups are spending the night there.

Camp 2 is situated at an average elevation of about 2.6 miles (4200m). The climb is a little more difficult than it was before, but not so intense. It takes 4-5 hours, but you can get there at midday for lunch if you depart camp 1 in the morning. You can recover a little for the rest of the day, drink something hot and appreciate the spectacular view. As many climbers and guides recommend, it is better to leave Camp 2 earlier. Continuing the path at 2 am is a great choice.

In terms of landscape and angle, the rest of the climb is equivalent to the second day. The last segment is the fascinating one, as the last 200-300 meters before the summit is covered with ice. There’s a necessity of bringing crampons.

By the first lights of the day, you will make it to the top and catch the outstanding sights of the neighboring city, Iran, and Armenia from long distances. If you haven’t noticed yet, that’s why you should reach there by the early morning; to see the magical sunrise!

The trek is a little harder when you walk under the intense mountain sun, particularly when you go down all the way.

Winter climbing is not suggested for everyone since there might be wild winds, snowstorms, cold weather, and fogs. Only professional climbers can choose climbing from October to the first weeks of March.

If you are a fan of skiing, it might interest you that skiing is available too. Most of the Ski tours on Ararat are available during March and April. Note that the ski time might be different since the mass of snow may differ from previous years. Make sure to contact local agencies before you plan for your traveling. 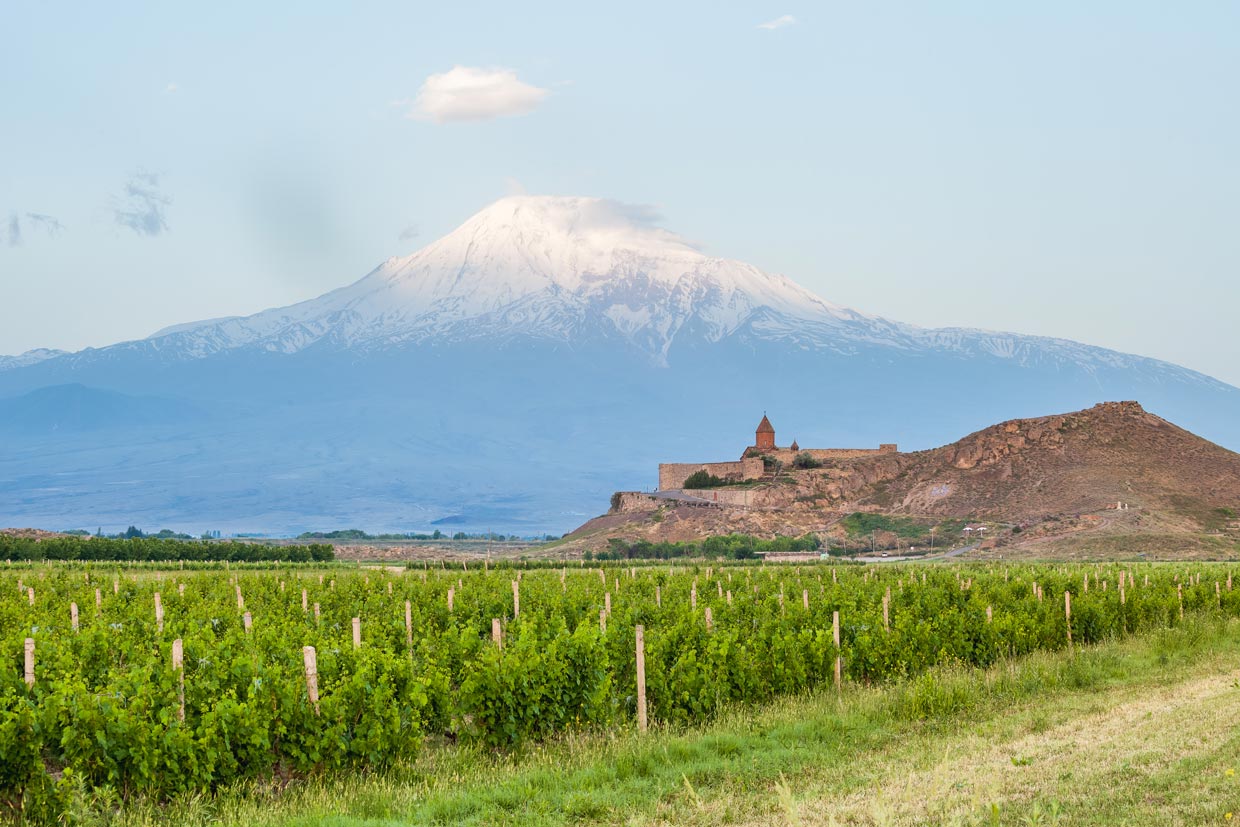 Doğubayazıt is the nearest city to Mount Ararat, located in Ağrı Province and near the border with Iran. It is only 15 km from Ararat Mountain to this city. If you need a guide for your climbing, many of them live in Doğubayazıt. Also, most of the current tours begin their path from there. Doğubayazıt has many affordable hotels with nice facilities.

As mentioned before, Doğubayazıt is the nearest city to Mount Ararat. You can take a car, minibus or van from there to the mountain. It is estimated to take like 55 minutes from Doğubayazıt city to the region. Note that a great part of the road is unpaved, but it’s fine.

Estimated Time to Reach the Summit

Most of the tours and guides offer a four-day trek for reaching the summit of Mount Ararat. Depending on how ready you are or your personal interest, you may also be capable of reducing the plan to three days. It’s completely up to you. If you’re with a small group, changing the program is more likely to happen. But don’t expect groups consisting of more than 10-12 people to do that. 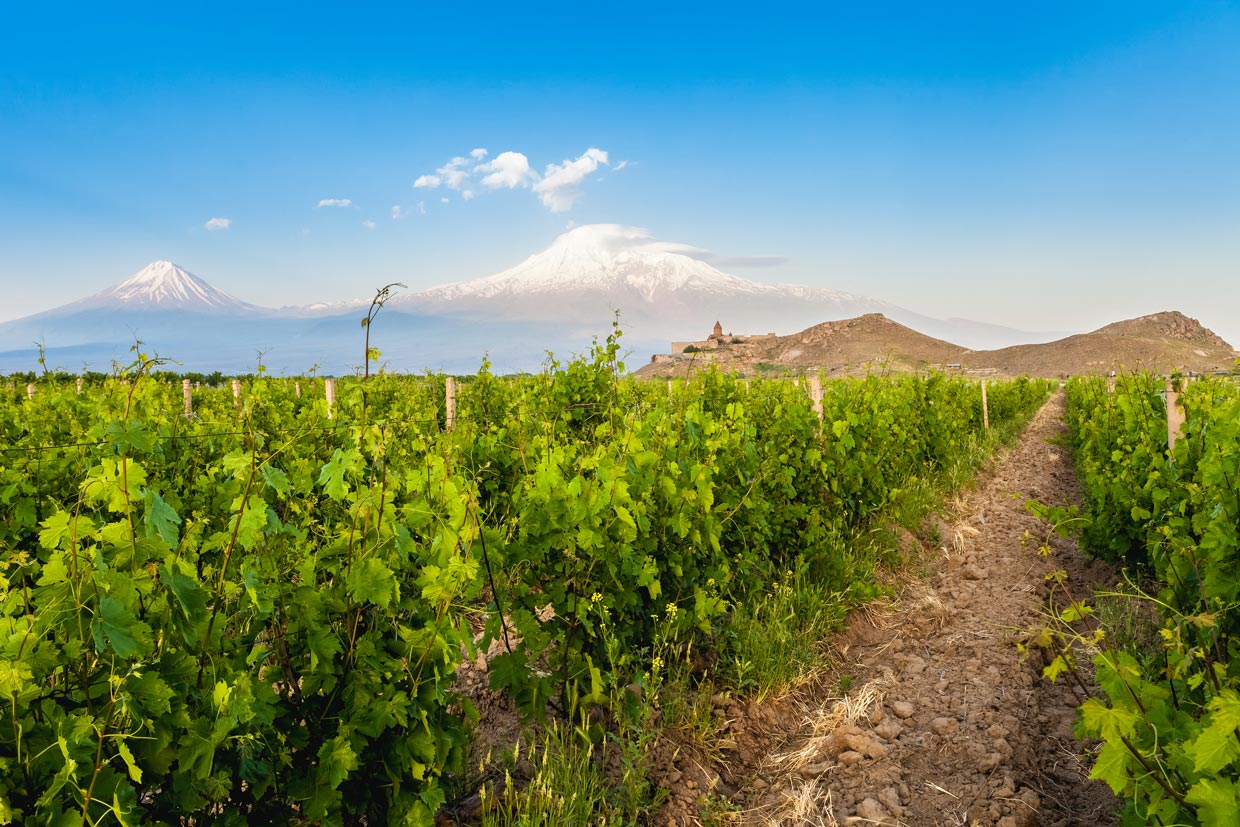 Many climbing tours are available, which can be booked both online or from Turkish tour agencies. Some of them are just for climbing Mount Ararat. However, if you are interested, there are some other tours which include climbing other nearby Mounts. These climbing tours bring warm food and drinks and sometimes give you the needed supplies for a safe and great climbing Mount Ararat experience. Some other tours even provide visiting the historical sites in the nearby city, reserved rooms in hotels, and food. Look carefully for the tours and choose the best among them.

A legend of Persia references Ararat as the birthplace of the human race. Previously, a small community on the hills of the Ararat elevated over the plains of Aras, where, based on the local legend, Noah constructed a footpace and planted the earliest grapevines. The Armenians founded a temple over the village to honor St. Jacob, who claimed to have attempted to get to the top of Great Ararat, searching forth the Ark. He didn’t make it anyway.

Local people believed that the Ark was on the summit after all but that God banned everyone from seeing it. The first confirmed ascent was done by a man from Germany named Johann Jacob von Parrot in September 1829. Until now, numerous adventurers have climbed Ararat. Several climbers claim that they spotted the ruins of the Ark.

On the other side, when the Euphrates and Tigris Rivers’ streams poured down from the mountains to pollinate the neighboring lands, Mount Ararat is not just the house of the gods, but it’s the origin of their civilizations.

This is what the Sumerians, Akkadians, and Assyrians believe about Ararat. Besides, the Assyrian monuments honor the mountains’ Holy Spirit and glory, defining them as land that even divine creatures could not set foot on.

Settled in the Hills

Mesopotamians also defined the mountains with the fearsome groups that settled in the hills of Mount Ararat. They invaded Mesopotamian towns and villages quite often. Everyone from the Sumerians and Akkadians to Babylonians got their specific flood report. In general, all referred to the Mountains of Ararat as the location where their warriors sought shelter after escaping massive flooding and violent waters.

Too Powerful to Be Defeated

A really old Akkadian story addresses the story of a man named Utnapishti. He became invincible and survived a disastrous flood by landing his boat on the highest mountains in the north of the world. The famous Sumerian hero, Gilgamesh, entered a northern peak called Mashu, where the sun came up and regularly set.

Overall, the myths and stories associated with Mount Ararat may also appeal to many climbers who attend to visit this place.

While planning on a climbing tour, it is best to check the suggestions that other climbers offer. Here is a list of things that climbers recommend: