If you go to Lake Van, watch out for the monster that has chosen the lake as its home. Perhaps you got the chance to see this 40-foot monster with rough brown skin. Don’t worry; this is just a joke and rumor that has increased the lake’s popularity over the years. You will be likely to hear it over and over.

In This Article
The Wonders of the Lake Van
What to Do?
Islands & Castle of Van
When to Go?
How to Get There?

Every travel lover would like to make his or her trip to the second vastest lake in the Middle East. Lake Van is located in the provinces of Van and Bitlis, the far east of Turkey. The dimensions of more than 3000 square kilometers of this lake will amaze you in a way you can never think of.

The Wonders of the Lake Van

Imagine the vastness of the lake to be able to contain 38 percent of Turkey’s surface water. The peaks that split the Turkish sky, the rocky plateaus, and the fantastic valleys join hands to create a unique view, and Van, like a beating heart, gives this view of life and fertility to the extent that the Armenians living there used to say “Van in this life, paradise in the next.”

The mountains also contribute to the beauty of this region. In the north of the lake, we have the highest peak in Turkey, called Mount Ararat, an enchanting volcanic cone; in the south of the lake is the Wild Alpine, the second-highest peak in Turkey. Small streams from the nearby mountains feed this saline soda lake. It is good to know that this lake has no outlet; its main outlet has also been blocked in prehistoric times by volcanic eruptions. Only a few lakes in the world have this feature.

You may have heard of the seas of Armenia, the three great lakes of the Kingdom of Armenia, namely Lake Sevan in present-day Armenia, Lake Urmia in present-day Iran, and Lake Van. About 1000 BC, Lake Van had acquired the title of the center of the Armenian kingdom of Ararat. Over the years, it has taken on many different Armenian names, such as Sea of Van, Sea of Arčeš, Sea of Bznunik, Sea of Rshtunik, and Lake of Top.

A Citadel in Ruins

You can spend some time on your trip visiting the ancient citadel. The location of this ancient citadel allows you to see the ruined old city from the top of this impressive limestone. Indeed, Van can be called the center of civilization and exploration.

Do not miss the opportunity, and be sure to visit the fantasy palace that lies below the picturesque part of Mount Ararat. For this purpose, you have to go east (to Doğubeyazıt) from Erzurum. There are buses to get you to this destination. Crossing the old trade route and rugged hills of Bitlis by bus will also make your trip more enjoyable. 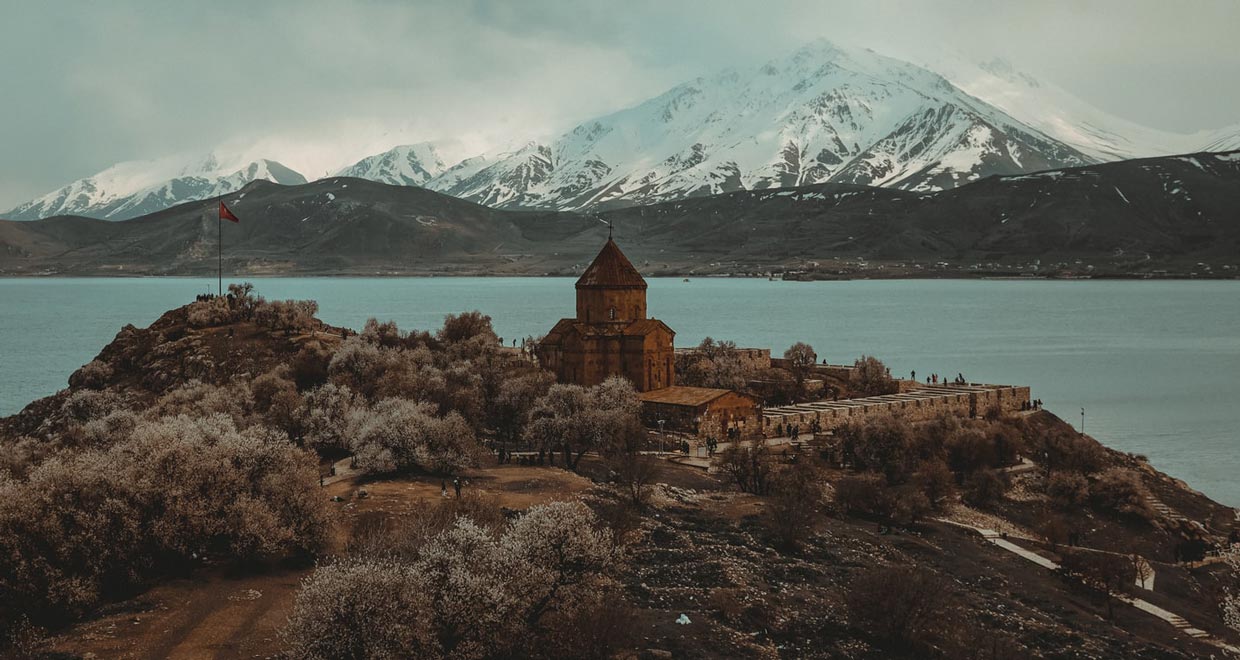 If you have enough time, visit Hakkari. From Van, you are only 4 hours away from Hakkari, in which you will indeed look at the mountains for 4 hours, and there is no reason to get bored. Hakkari, this wild mountain town, is located 200 km south of Lake Van, along the Strait of the Zab River. If you look east, you will see the Cilo mountain range (the mountain range that includes the second highest peak in Turkey). Some travelers return to the Van after staying a night in Hakkari.

Other attractions of Lake Van include four islands in the lake, each has significant features for tourists.

Going to Akhtamar Island is a decision you will always remember. Boats and yachtsmen are ready to take you there for a small fee. In the first stage, you will experience a pleasant boat ride; the boatmen will drop you off near an impressive camping restaurant. 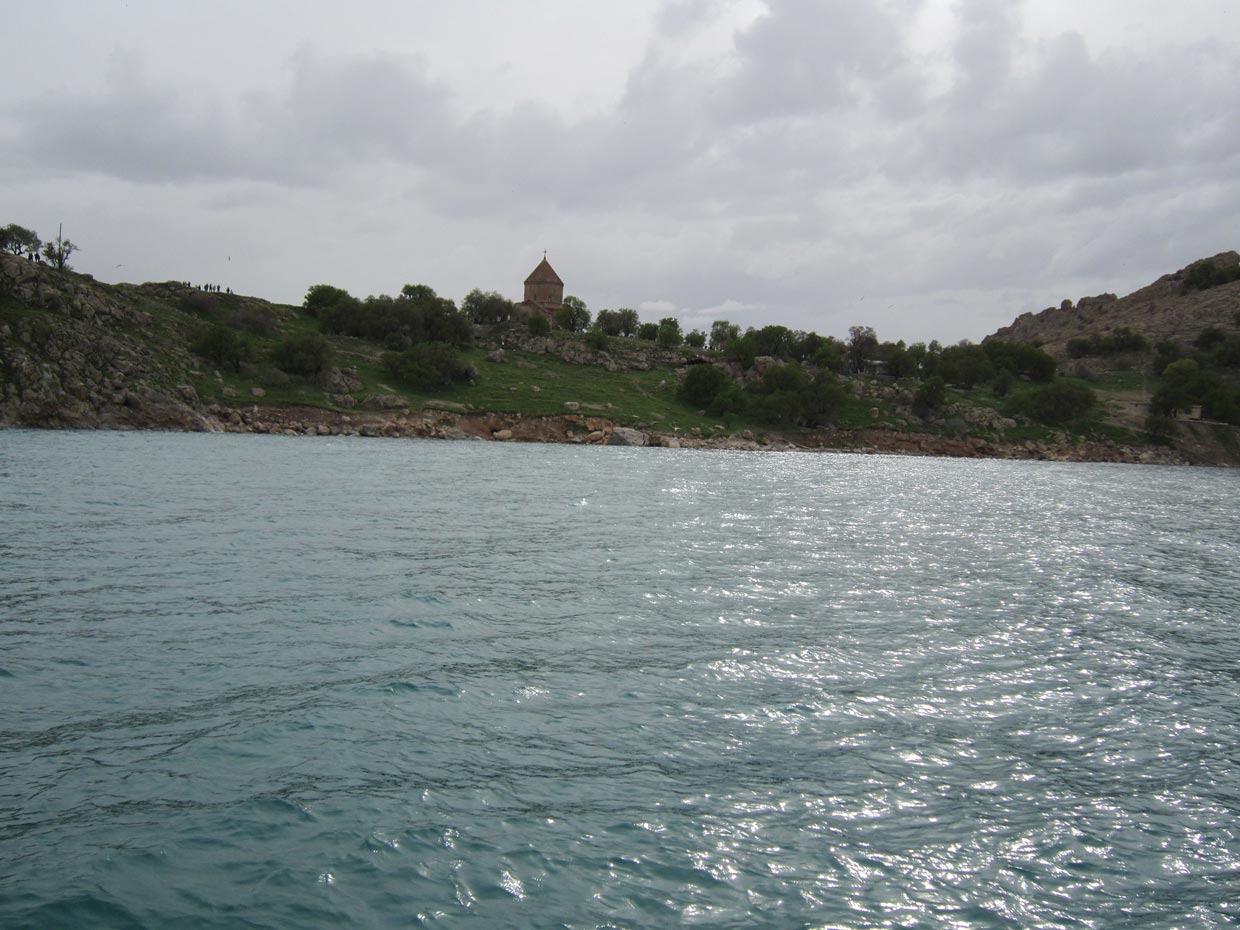 Cathedral of the Holy Cross

Carpanak Island and Adur Island are deserted, but by visiting them and the ruined monasteries from the 17th century that they are housed, your trip takes on a bit of a historical form.

But Kus Island has some natural offerings for you. This island is also called Bird Island because of the large number of birds living there. The available 60-foot waterfalls are ready to make your trip more desirable and attract hundreds of bird species in May and June, creating a unique view of nature.

Around the lake, there is another tourist phenomenon called Van Castle. Van Castle offers you the best possible view of the lake and the whole city. Van has a lovely local museum where you can see and enjoy the handicrafts of jewelers, silversmiths, and Kilim weavers. The combination of souvenirs and historical monuments makes your journey a short cultural tour. Also, one of the most popular parts of any trip is trying the local food of the destination city. So definitely try matured herb cheese, Otlu Peynir. 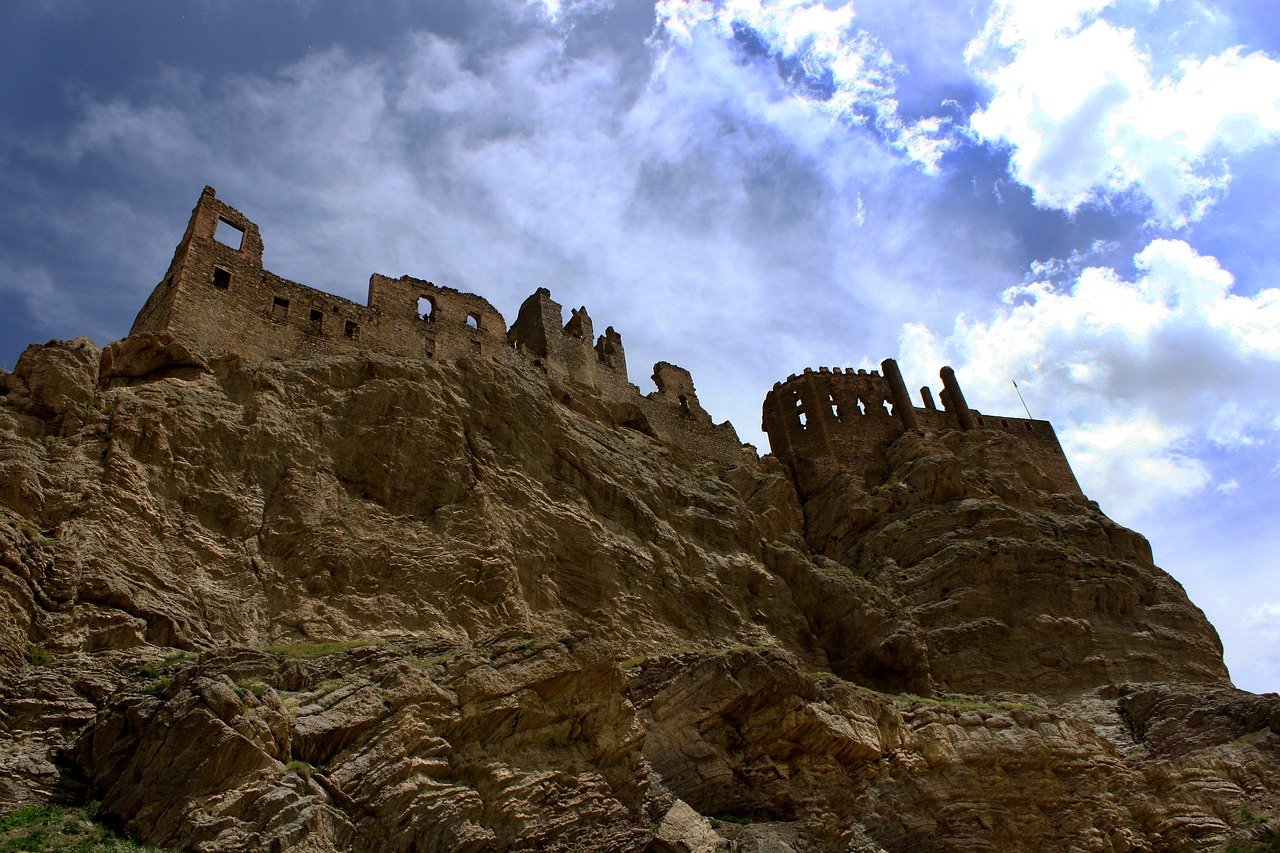 If you are planning to travel in November, you should know that the cold and winter weather is waiting for you. Snowfall is usually heavy, and roads are more likely to be blocked by snow. The temperature in this month and winter reaches minus 30 degrees. If you are a fan of milder weather, plan your trip in July and August. At this time, you will experience temperatures between 22 and 25 degrees Celsius. Cool breezes will also caress you.

How to Get  There?

There are several ways you can get to Lake Van from Istanbul. The shortest possible time is the flight from Istanbul to Van, a two-hour flight less than an hour from the airport to the lake. You can make your trip longer and more adventurous if you choose to travel by ferry. It takes twenty minutes to reach Istanbul Kadikoy. A shuttle will take you to the airport in one hour, and you will be flying for two hours to get to Van. Lake Van is less than an hour away from the airport.

Some passengers also choose the train; from Aksaray, they have a twenty-minute train ride to Otogar; the bus takes them from Okogari to Van in three hours, now they are about an hour away from the lake.

In This Article
The Wonders of the Lake Van
What to Do?
A Citadel in Ruins
Around Mount Ararat
The Wild Mountain Town
Islands & Castle of Van
Akhtamar Island
Cathedral of the Holy Cross
Deserted Islands
Kus Island
Van Castle
When to Go?
How to Get There?

Authenticity and Essence of Panama