If you don’t have enough time to visit all over Istanbul, Istanbul Archaeological Museum is a great option to see. This museum covers Turkey’s history very well, from the ancient time and Byzantine period up to the Ottomans era, Islamic period, and even the ancient east. If you are interested in Turkey’s history, don’t forget to visit Istanbul Archaeological Museum as a place where you can have a glimpse of all the beauty in Istanbul, Turkey. (Photo by Milena via Flickr)

The History of Istanbul Archaeological Museum

The enthusiasm of gathering ancient objects dates to the period of the Conqueror Mehmet, In the Ottoman era. However, the systematic appearance of museums is associated with the formation of the Archaeological Museums of Istanbul in 1869. It was first called Müze-i Hümayun (The Imperial Museum). The base of the Archaeological Museums of Istanbul is (The Imperial Museum, which contains the historical objects gathered at the Church of Hagia Irene.

Due to Hagia Irene’s inadequacy, the Tiled Kiosk, founded during the rule of Mehmet the Conqueror, was turned into a museum. The Tiled Kiosk, currently managed by the Archaeological Museum of Istanbul, was renovated and launched in 1880.

A revolution in Turkish museum studies occurred after Osman Hamdi Bey was hired as the museum manager in 1881. This man dug up Mount Nemrut, other Alolia Necropolises, Lagina Hekate Temple, and other places. He successfully found the necropolis of King Sidon during 1887-1888 as a result of expeditions he carried out in Sayda (Sidon). After that, he came back to Istanbul with several sarcophagi. The most remarkable one is Alexander the Great.

Added to wishlistRemoved from wishlist 0
Add to compare
Lowest: $38.40
20%

The Archaeological Museum shines as one of the nation’s unique structures built as a museum during that time. It is one of Istanbul’s most stunning and marvelous examples of neo-classical architecture. 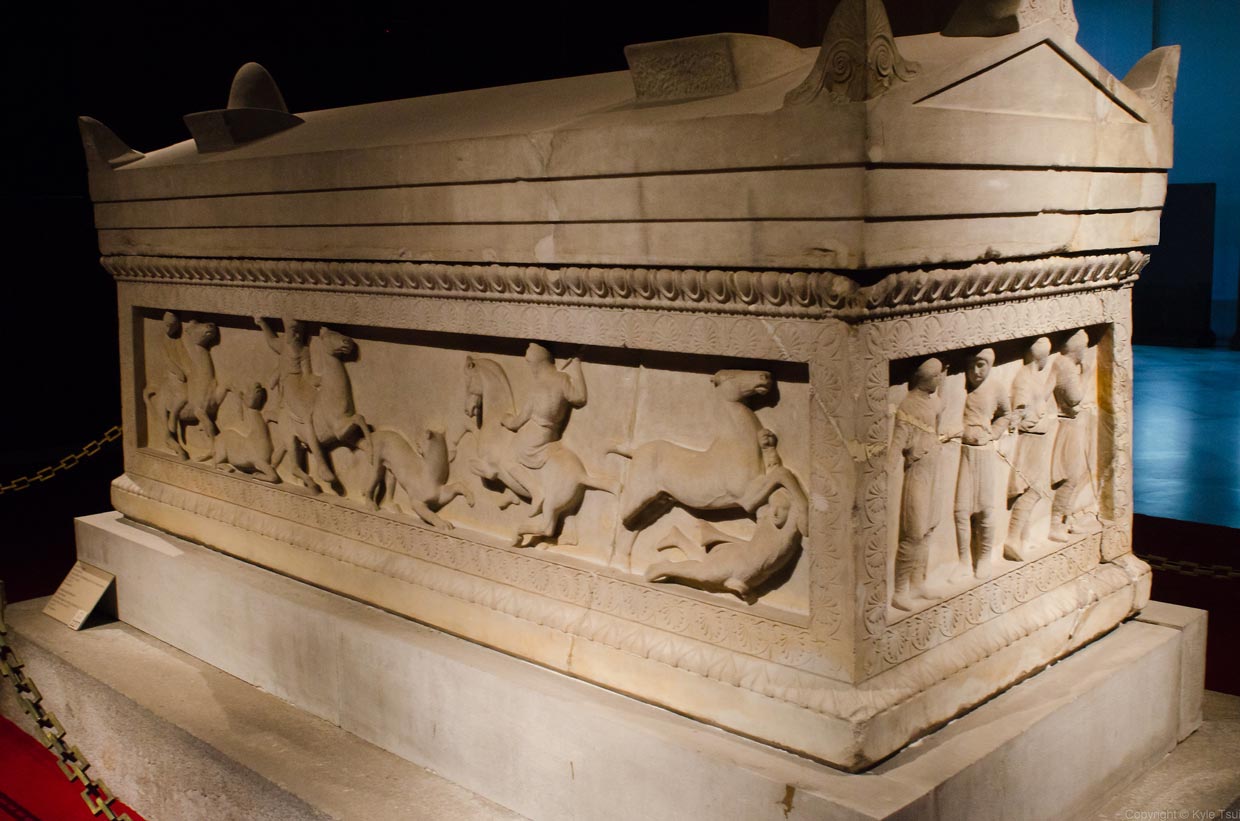 The main building of Istanbul archaeological museums is the Archaeology Museum. The building is a neoclassical structure, and it is known as one of the most famous Neoclassical structures in Istanbul. This museum is one of the first ones in the world built to be a museum from the beginning. After that, the Imperial museum (the first structure founded for the Istanbul Archaeological Museums in 1886) was not adequate to display the newly explored works. The works were moved to the new building in 1888 (the Archaeology Museum). The Archaeology Museum was designed by the famous architect Alexandre Vallery, but they added new parts in 1903 and 1907.

The primary motivation to make the new museum was the important works brought to Turkey from the excavations done by Osman Hamdi Bey in Sidon King Necropolis (Today’s Lebanon). There were excellent works, including Iskender Tomb, crying women Tomb, Lycia Tomb, and Tabnit tomb.

In the first hall, you can see Turkey’s people’s handicrafts, and you may become familiar with different cultures in Turkey. There is a worthy collection of Prehistoric Antiquities, Greece, Rome, and Byzantium ancient artifacts in this museum, as well as a big important coinage collection.

In this museum, you can see an excellent exhibit of Istanbul history. It’s amazing! The exhibition starts from ancient legends of Istanbul’s foundation to the recent Ottoman era. Istanbul has a complicated and staggering history, and it’s worth taking a trip through the history using this exhibition. 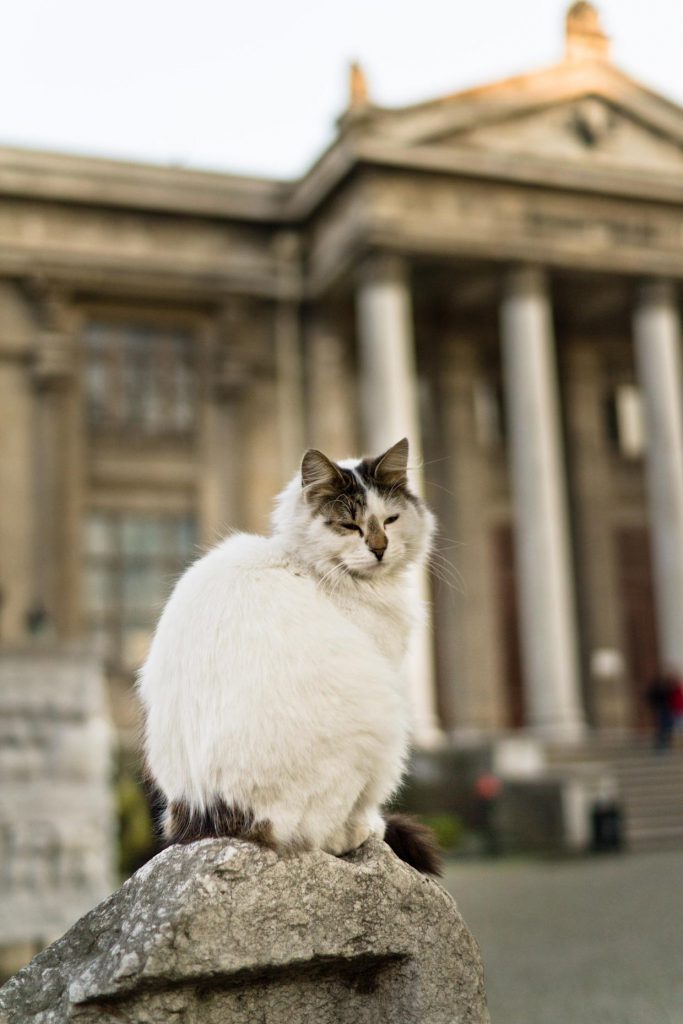 In front of the Archaeology museum, there is the Museum of Ancient Oriental Art. In this museum, you can see the historical and artistic works of ancient Babylon. It’s the most attractive part of this museum and includes the glazed brick panels of Babylon’s Ishtar gate. Also, there are some pre-Islamic artifacts from ancient Egypt to Mesopotamia, Hittite and Assyrian cuneiform tablets, and Pharaonic statuary.

There is a fantastic selection of objects inside this building (Eski Şark Eserleri Müzesi in Turkish) that originally goes back to 1883.  It was built as the Sanayi-i Nefise School, that is, the Academy of Fine Arts, by Osman Hamdi Bey. Alexander Vallaury, who eventually created the Istanbul Archaeological Museum Building, was the begetter of this building too.

There are unique artworks in the museum collection. This museum welcomes the tourists with cuneiform tablets discovered from Egypt, Mesopotamia, Anatolia, and the Arabian Peninsula before the entrance of Islam. The recommendations are the Steele of the Akkadian King Naram Sin, the Kadesh Peace Treaty, and a romantic Poem from about 1300 years ago. A rock sculpture portraying the weather god Tarhunza and a collection of huge panels that once covered the processional ways and the Ishtar gate of ancient Babylon are other masterpieces that comprise an eighth century BC Hittite molds. Above them, something illustrates creatures such as tigers, dragons, and bulls.

The third museum, also called the Islamic Art Museum, is the oldest structure among the museums of Istanbul Archaeological Museums and the oldest Ottoman structure maintained in Istanbul. It was built in 1472 by Sultan Mehmet the Conqueror as a luxurious accommodation for him to watch sports and games.

Compared to the other sections of the Istanbul Archaeological Museum, The Tiled Kiosk (Çinili Köşk in Turkish) is of an earlier time. One of the foremost representations of Ottoman elegant architecture in Istanbul is the Museum of Tiled Kiosks. Today it exhibits collections of tiles and ceramics.

The structure, formerly occupied as the Museum of Ancient Oriental Works, was put in place by Osman Hamdi Bey in 1883. It used to be the Sanayi-i Nefise College, which was the Academy of Fine Arts. Alexander Vallaury, the person who established the Istanbul Archaeological Museum Old Building after that, was also the structure’s framer. Over the years, when Sultan Abdül Hamit I held power (1774-1789), the terrace was designed after the previous was destroyed in 1737. The terrace now has about 15 lovely marble pillars.

Tiles and ceramics bear the date of the end of the 12th to the early 20th century. You can observe the art and culture from the period of Seljuk, Anatolian, and Ottoman. The collection contains İznik tiles from the era around the 14th and 17th centuries when the world’s finest colorful tiles were created there.

The magnificent ceramic works of the Pavilion, especially those made in the 16, 19 and 21st century have been preserved wonderfully. The structure is affected by Persian art. Now there are more than 2 thousand tiles and ceramics in this museum. Not only the tiles inside the Pavilion but also the Pavilion’s building itself is attractive. After you visit the museums, you can have a good time in Gülhane Park with its lovely flowers. This park was the Sultan’s garden in the past. 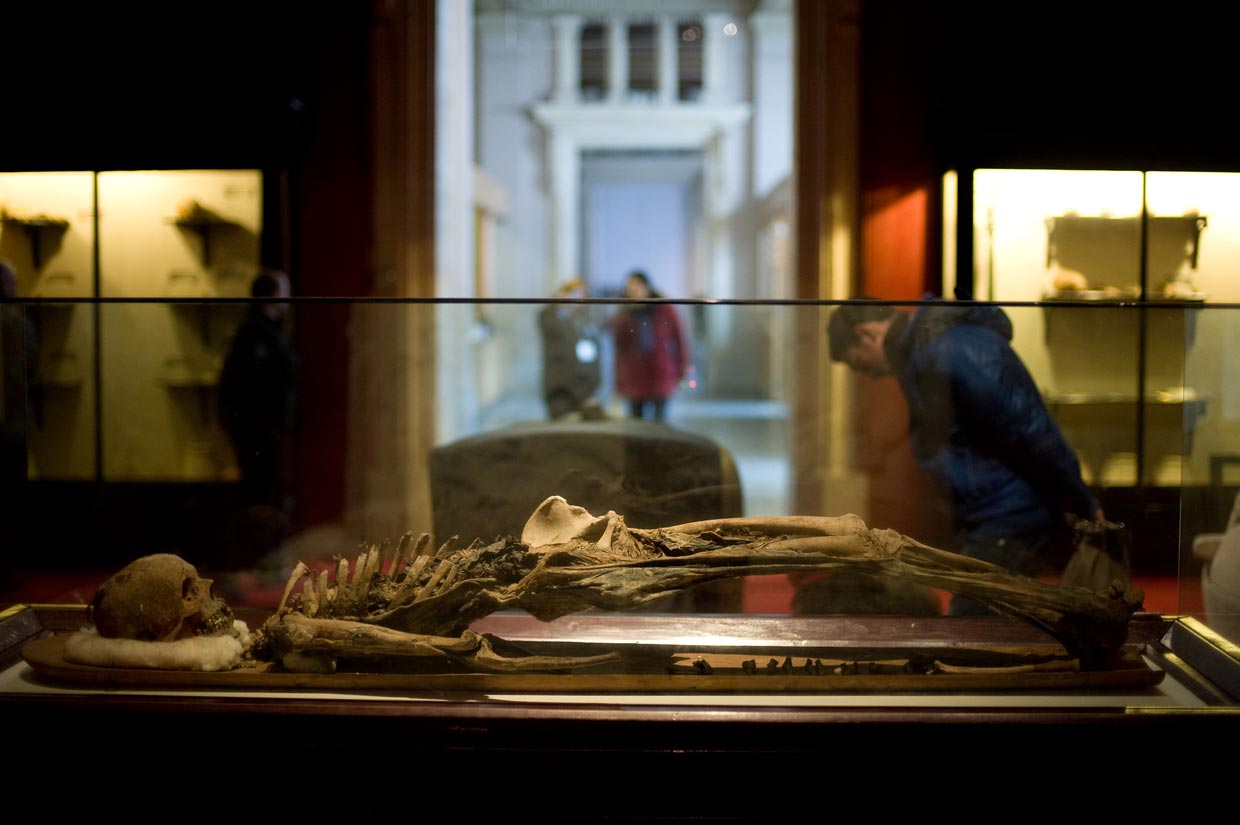 Times to Visit and Payment

The Most Famous Things There

Although everything in Istanbul Archeological Museums is remarkable, some are known more than the others, and you really have to see them first.  Here is a list of some of the most popular objects in Istanbul Archeological Museums: The Alexander Sarcophagus, Egyptian–Hittite peace treaty, the Lycian Sarcophagus, Statue of Alexander the Great, glazed brick panel from way to Ishtar Gate, and Sarcophagus of Grieving lady.

The Alexander Sarcophagus, from the necropolis near Sidon, Lebanon, is a late 4th century BC Hellenistic stone sarcophagus decorated with carvings of Alexander the Great. The design is exceptionally undamaged, always being praised because of the outstanding artistic excellence. Towards one part of the item, the carvings show Alexander battling the Persians in the War of Issus.

The Egyptian-Hittite peace treaty is the only Ancient Near East Treaty that has overcome the copies of both parties, as well recognized as the Everlasting Treaty or the Silver Treaty. It is also known as the oldest existing peace treaty. After the undoubted War of Kadesh that was fought around 16 years prior, it is often labeled the Treaty of Kadesh, though the Kadesh is not mentioned in the text.

Some sources claim that the Ishtar Gate was the eighth gate to Babylon’s internal city. It was built on the northern part of the city in around 575 BCE on the orders of King Nebuchadnezzar II. It was a piece of the grand processional road leading toward the town. The walls were painted entirely in blue with glazed tiles, including animals and gods in low relief, which often consisted of bricks shaped and painted uniquely.

Tours, Yes or Not?

One of the best choices is booking a tour for visiting Istanbul Archeological Museums. A professional tour guide can show you the depth of history hiding behind the still objects. Besides, specialists know where to go and when is the best time to visit each museum section. You can book a tour from so many agencies located in Istanbul. Some of these tours are specialized for Istanbul Archeological Museums, while others may contain further programs such as visiting other famous museums located in Istanbul.

For entering, one has to buy a ticket. However, one ticket is enough for all three museums. The price is 50 TL ($7) for everyone, but if you have a kid under the age of 8, no ticket is needed. You could use your Istanbul Museum Pass if you got one.

It’s located in the quarter of the Eminönü, in the European Turkey, near the Topkapi Palace and Gülhane Park.