The Golden Gate Bridge has appeared in many famous movies such as Ant-Man, Big Hero 6, Rise of the Planet of the Apes, Milk, X-Men: The Last Stand, Hulk, The Pursuit of Happiness, The Core, The Rock, Interview with a Vampire, Star Trek VI: The Undiscovered Country, The Abyss, Big Trouble in Little China, Star Trek IV: The Voyage Home, A View to a Kill, Monsters Vs. Aliens, Basic Instinct, Superman

Cavallo Point Is a Great Place to Stay

The plight of Cavallo Point goes back further than that of the Golden Gate. Fort Baker was constructed before the Bridge was built as a military base for fortifying the bay. A beautiful colonial-style building has been transformed into a luxury resort with elegant accommodations. In addition to yoga in the mornings, evening wine receptions, guided hikes, cooking classes-and the stunning views-guests can also enjoy guided walks.

Dylan Thomas wrote, “You would never imagine a place like San Francisco, but it exists. Amazing sunshine, bridges are towering over you, and the Pacific breeze at your feet.” You can see all three wonders of the bay at once by taking a boat trip. SF Bay Boat Cruises hosts the only floating wine tasting event in the area, but the Red and White Fleet offers a more relaxed cruise. While on Hornblower Cruises, you can enjoy seated dinners, brunches, and glamorous parties. Take advantage of the company’s Alive After Five cruises in the summer and spring, including cocktails and small plates as the ship sails past the Bridge. 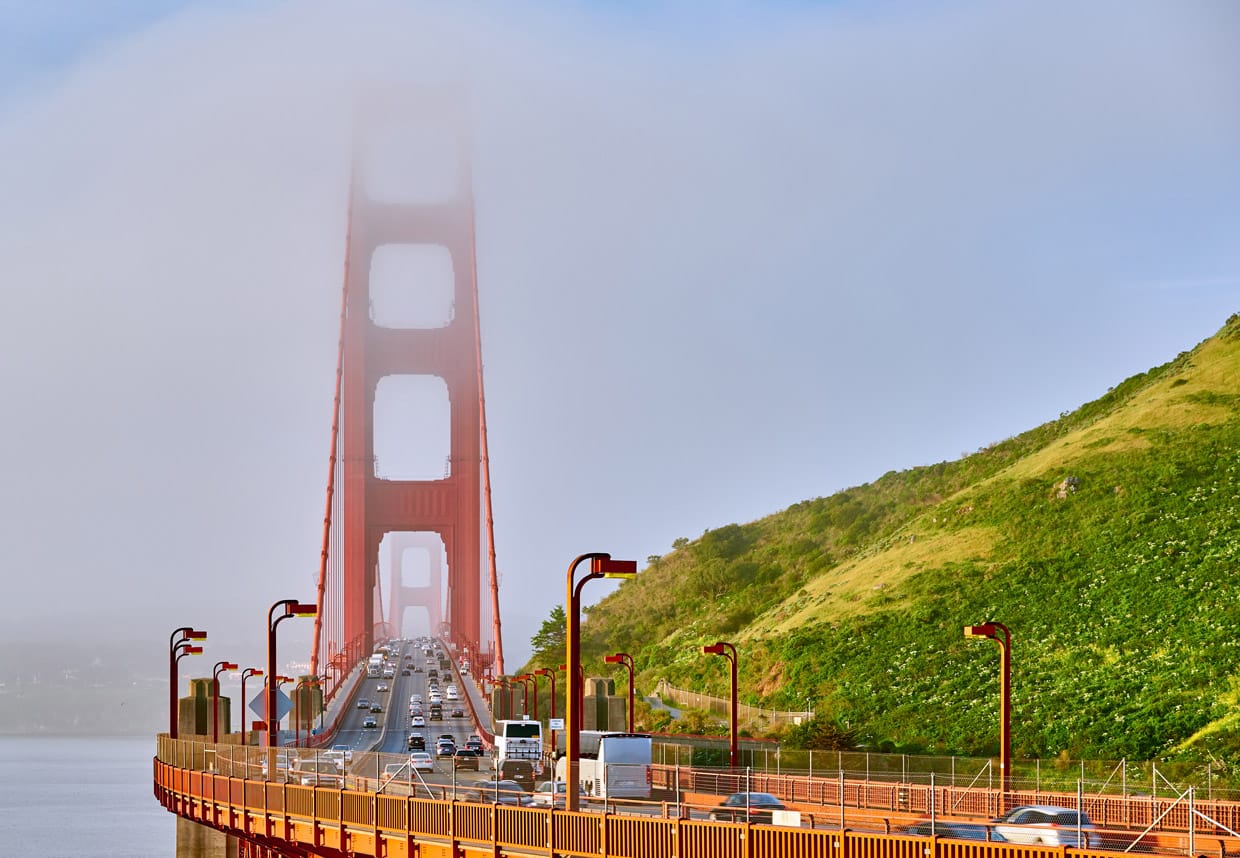 It can be hard to believe that expansive, undeveloped public lands are only a few miles away, standing in Union Square. There are 82,027 acres under protection in the Golden Gate Recreational Area stretching from Silicon Valley to Tomales Bay. Many of its most beautiful spots don’t venture far from the Golden Gate. Enjoy hiking the Tennessee Valley Trail, taking in the ancient ruins of the Sutro Baths in Lands End, or exploring the hilly headlands.

Relax in the Round House Cafe

Round House Café delivers on the promise of its name with its 360-degree views from the windows of its wheel-shaped restaurant. If you want to dine on the city side of San Francisco Bay, you must visit the Art Deco building built in 1938. Get your fill of giant hot dogs covered in slaw, salads, or the vast bowls of chowder, which are sold out nearly every afternoon.

Take a Ride Across the Golden Gate Bridge

Just under two miles long, the Bridge makes for an exciting but manageable bicycle ride. Those coming from the city can pick up bikes at Golden Gate Bridge Bike Rentals and Blazing Saddles, while those coming from Marin can choose Sausalito Bike Rentals. A bicycle tour offered by Wheel Fun Rentals in Fisherman’s Wharf is GPS-guided, which indicates your exact location. Regardless of your route, make sure you stop at Fort Point for the ultimate bridge selfie. 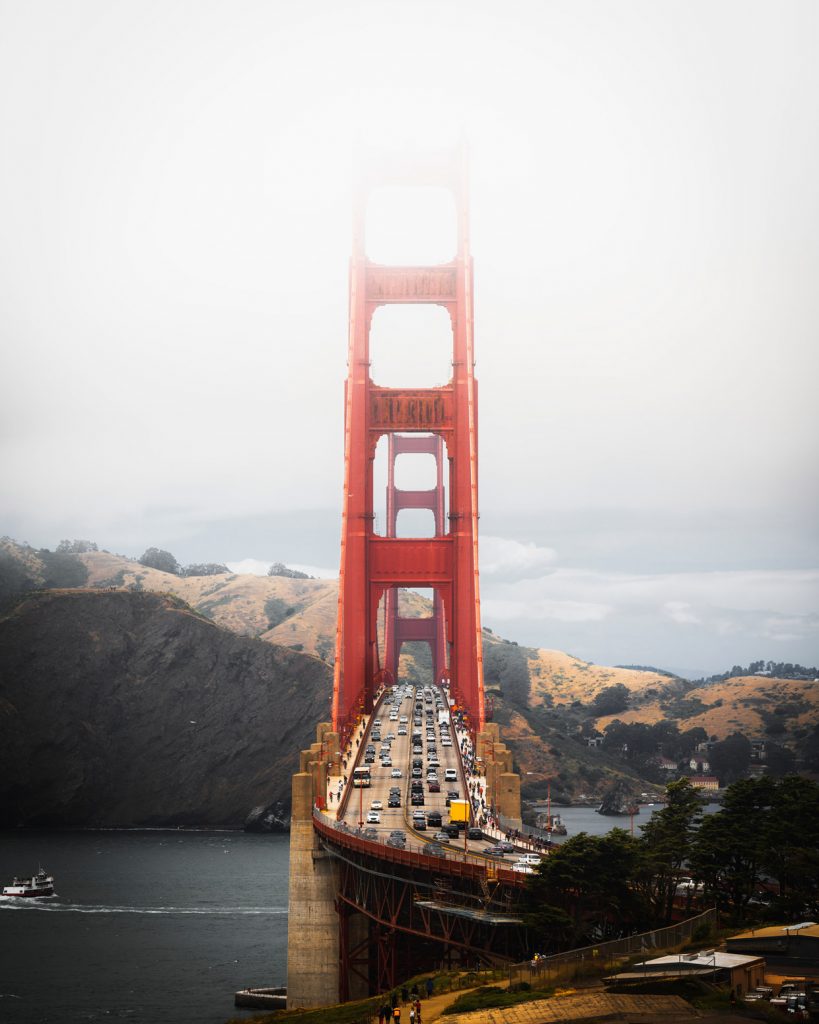 An Illustrated Guide To The Most Photogenic Landmark In The World

An impressive part of the San Francisco experience is seeing the Golden Gate Bridge; it is appealing to all ages. There are several ways to see it that suit your travel plans and the amount of time available.

Parking is limited in the area, but you can drive there on your own. We strongly recommend that you use public transportation. The Big Bus 24 or 48 Hour Hop-on/Hop-Off double-decker bus tour is a convenient and hassle-free option combining transportation and sightseeing. Along the landmark-filled route, there are 20 stops, including Golden Gate Bridge. Enjoy a walk that will last a lifetime at the Bridge! While some like walking only to the first tower, others enjoy the bragging rights of walking the entire 1.7 miles. You can take as much time as you like before joining the bus for the next tour.

The bikes at Bay City Bike Rentals are in excellent condition and can be rented independently. At the bike rental counter, tell them you want to bike to the Bridge so they can map it out for you. Bicycle across the Bridge to Sausalito, then cycle back to San Francisco via ferry. Do you feel unsure about biking it on your own?

Two guided biking tours are offered by Bay City Bikes to the general public. Adults and children in good physical condition may join the tours. It is a blast cycling through the Golden Gate Bridge, Sausalito, and the city by ferry! Biking over the golden California Bridge at sunset on Bay City Bikes’ California Sunset Tour is magical. 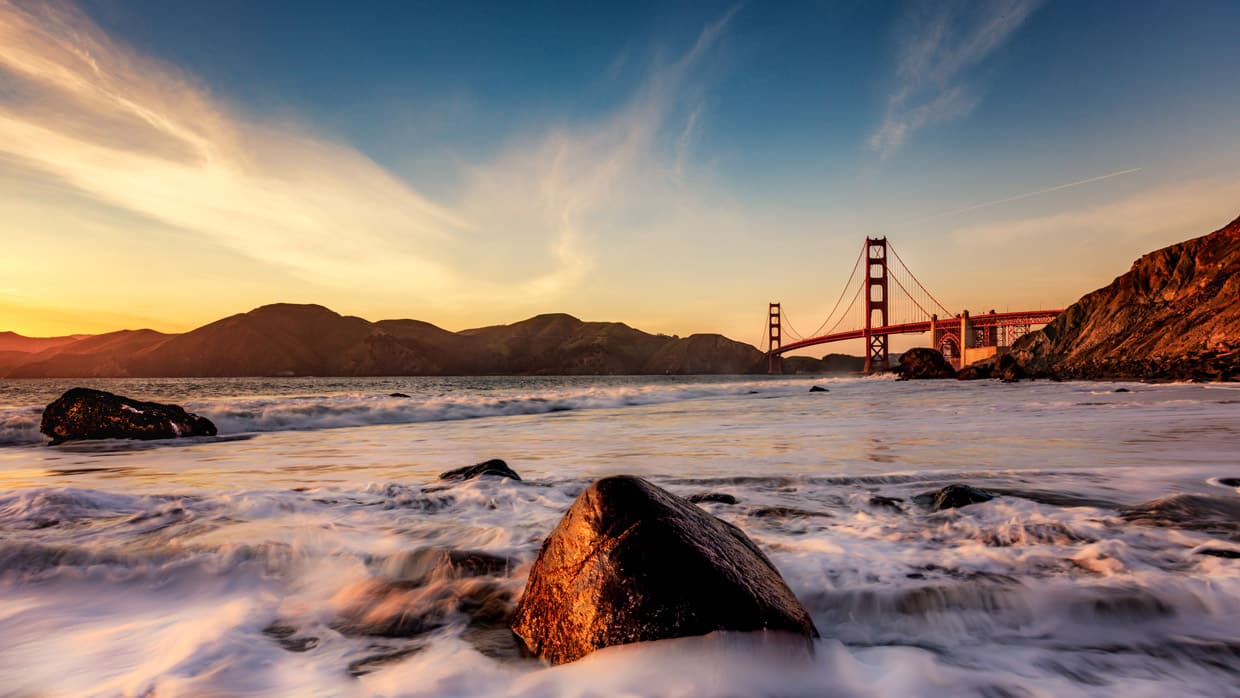 Ride A Bus to Sights

Guided sightseeing bus tours are ideal for visitors who desire comfort, convenience, and excellent visibility. With the convenient way to see San Francisco’s highlights, neighborhoods, and landmarks, such as the Golden Gate Bridge, this is the perfect way to see San Francisco. This 3-1/2 hour full-day guided tour takes visitors to Vista Point, where they get a close look at the Golden Gate Bridge, giving them ample opportunity to take photos.

Viewing the San Francisco skyline, colorful waterfront, picturesque bayfront, Alcatraz Island, and Golden Gate Bridge is brilliant on a sightseeing boat. Something is thrilling about cruising under the Bridge! From a variety of famous piers, daily boat trips and cruises depart with different attractions. This day-sail on San Francisco Bay is perfect for families with children and those who enjoy skimming close to the water and feeling the wave’s power.

A special evening on the Sunset Sail of Adventure Cat gives you a chance to experience city and waterfront sights and go under the Bridge in the golden light. Suppose you plan to visit San Francisco on a busy sightseeing day. In that case, Red and White’s Golden Gate Bay Cruise departs several times a day from Pier 43 and takes visitors along the waterfront, around Alcatraz Island, under the Golden Gate Bridge, and across the bay to Sausalito. They offer a 90-minute Bridge-to-Bridge Tour that takes you along the waterfront, the Golden Gate Bridge, and the Bay Bridge as well.

You could dine and dance while enjoying beautiful San Francisco Bay views aboard an elegant cruising yacht. On our Hornblower Cruises, travelers can cruise under the magnificent Golden Gate Bridge, including a champagne brunch on weekends; an elegant midweek and weekend dinner cruise on the San Francisco Bay. A 3-hour cruise through San Francisco Bay includes entertainment as part of its three-hour Supper Club Cruise. 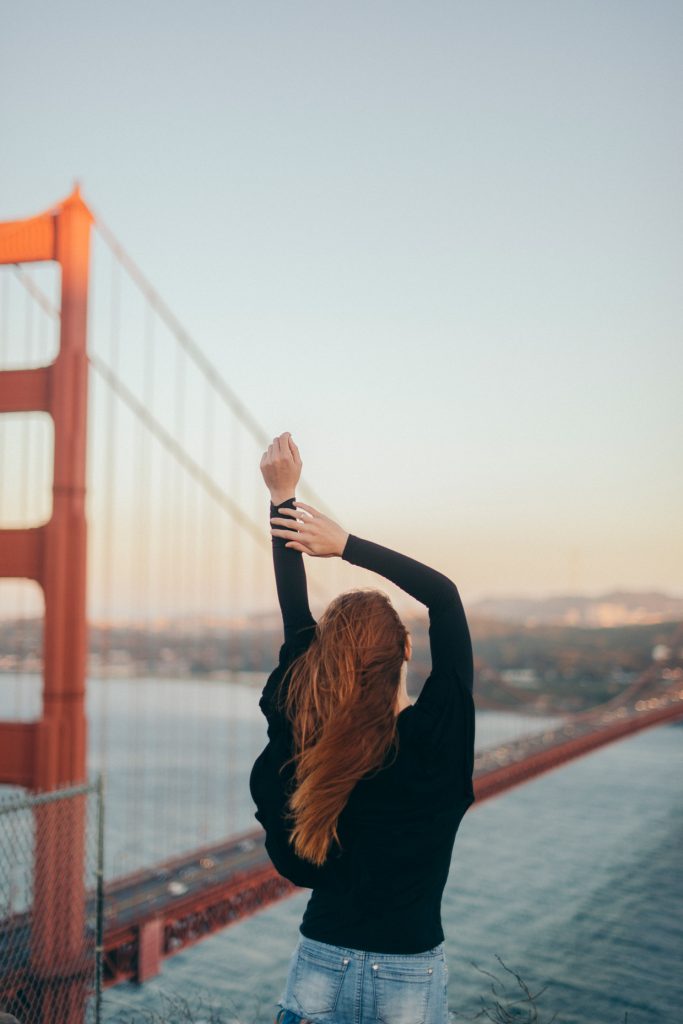 Some Fun Facts to Know

12 Days The Best of Morocco Tours