Built in the fourth century, Sumela Monastery is one of the former monasteries in Christian architecture, though it is not situated in a Christian country anymore. As the structure is really ancient, the Sümela Monastery was under the influence of various civilizations before.
In This Article
Location
History
Places Nearby

The Sumela Monastery is a Greek monastery devoted to the Virgin Mary, situated on Melá Mount within the Pontic heights. These mountains are located in the Trabzon region in the northeast of the territory of Turkey today.

Forty kilometers from Trabzon, Sumela Monastery, lies at the mountainside of a precipice looking toward the Altindere Valley in Maçka. This Monstrey is also called ‘Meryem Ana ‘(The Virgin Mary) and clings to a steep cliff, up above evergreen woods with the Panagia river banks. It is one of the Black Sea territory’s irrefutable attractions.

There is a narrow route to the monastery to uphill, dive, or take a van. On your way, you will come across restaurants on the roadside where you can relax while enjoying the unique perspectives and mouth-watering local dishes like Pide, kiymali, Kuzen, and Köfte. Travelers should not miss the opportunity of experiencing a flavorsome Black Sea breakfast. Although alcohol is rarely served, tourists can get relaxed with a cup of tea or coffee.

It is not possible to drive right up to the monastery. At a certain point, you will have to get out of your vehicle and follow a path through the midst of the forest to reach Sumela Monastery. Ascending closer takes about 30 minutes of arduous 1.2km walk on a zigzag footpath or 10 minutes by getting on a 3km dolmuş hop. The second-mentioned one passes a waterfall and a monastery perspective. Remember that a 100m stroll can take you to visit the tiny Aya Varvara chapel.

Inside the chapel, a video exhibits some of the monastery’s murals, and behind it, there is another astonishing view facing the monastery complex through tall trees. A boardwalk provides a route 350 m further to a ticket kiosk close to a restored historic conduit. Paying an entry fee makes it possible to climb and walk some steps to reach a viewpoint from which you can overlook the whole archaeological site. The perspective includes a brightly fresco-adorned church apse, but you can not get inside from this point or see the main complex. From this viewpoint, is concealed around the corner. Visit in the early hours if you wish to avoid the crowds of tourists.

The reason for its name is dubious. Some documents claim it originated from the Greek word ‘Melas,’ meaning black. On the other hand, some others believe the title comes from the Turkish name of mountains on which it is built, called the Karadaglar, meaning the Black Mountains. Other masters are of the opinion that the reason for this name is the black color of the symbol of the Virgin Mary, a very probable theory as Black Madonnas in the district are a very popular view.

According to a historian’s claims, two priests, Barnabas and Sophronius, from Athens founded this during the rule of Emperor Theodosius I. The monks had the same dreams that inspired them to persuade the Greek Emperor to construct the monastery. In their dreams, the two monks envisioned that the most notable Virgin Mary portrait by Apostle Luke, which had been lost for ages, was to be found. They followed the clues in their dreams to the place where the Sümela Monastery is now situated. It is claimed that a century earlier than the construction of the monastery, the church was built. This holy place was dedicated to the Virgin Mary.

Later in the sixth century, General Belisarius restored it at the appeal of Emperor Justinian. Around the 13th century, the monastery took its current form when it accepted fiscal richness from the likes of Alexios III of the Komnenian Empire of Trabzon, established in 1204.

Similar to many other monasteries, the Ottoman Sultans preserved the rights of the Sumela Monastery, with some special advantages given after the Eastern Black Sea territory was under the reign of the Ottoman empire. The Ottoman sultans bestowed various gifts on this monastery over many years to emphasize their respect toward Christianity’s followers around the place. For example, Sultan Selim I presented two massive candlesticks and is famed to be amongst those who took part in reconstruction work.

During the 18th century, the Sumela Monastery built up under the patronage of the Voivodas, as many parts were reconstructed, with some wall surfaces being embellished with frescoes. However, the 19th century is considered the monastery’s impressive golden years, with large structures and spectacular decorations, funded with plenty of donations sent from Orthodox communities around Anatolia. After this, travelers began to come around here from all corners of the world to visit the lofty complex, built around 1.2 km above sea level.

The Russian invasion of the region of Trebizond, from April 1916 to February 1918, brought hope for the restoration of a Christian condition in Pontus. But in 1923, when the War of National Liberation ended, the monastery was abandoned. The reason was that the population was forced to exchange between Turkey and Greece.

In 1930, horrendous events continued to happen at Sumela Monastery when a fire accident destroyed major parts of the site; for example, the wooden parts of the structure were burned.

Located in the amusing Altindere National Park, having a view of lush jungles and water brooks, and favored with a wealthy history and religious value, it is no surprise that the monastery pleases different tourism tastes. Though this archaeological site is one of the conflict subjects of discord between Turkey and Greece, it may ultimately be put on the UNESCO World Heritage List after going through a year of refurbishments. 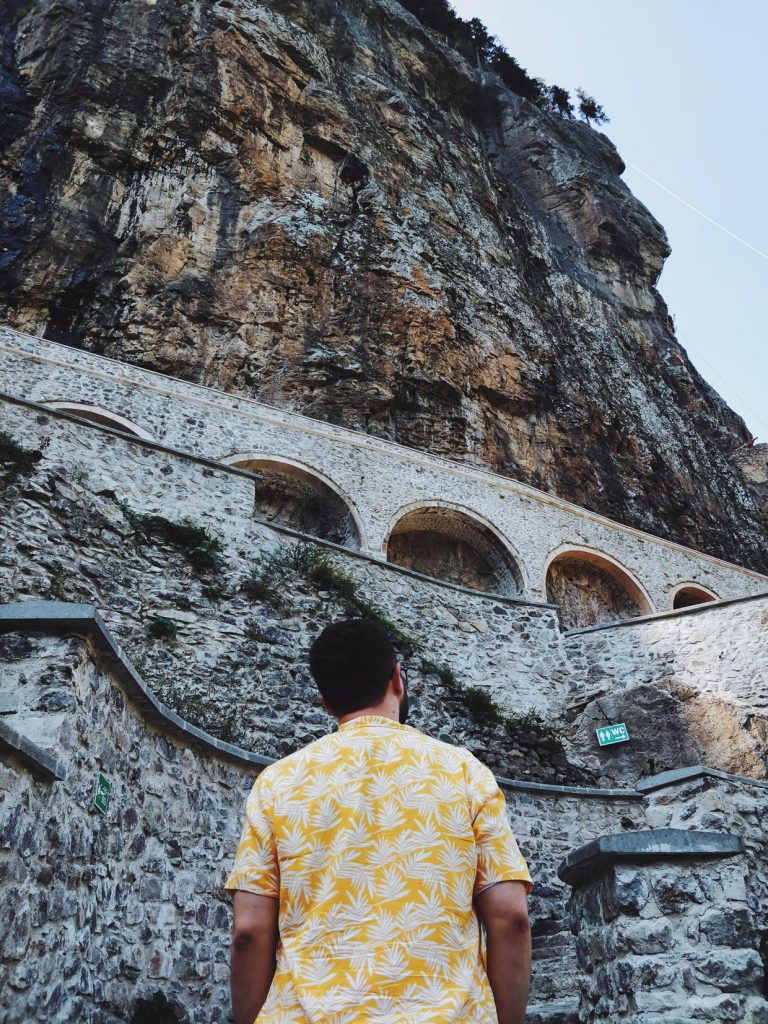 Hidirnebi Plateau (Hıdırnebi Yaylası) is an amazing place in Trabzon. If you look for natural beauty, take 40km from Trabzon to this place by the transportation provided by a private car, tour, or guided vehicle. You can find grocery stores, bakeries, butchers, and plenty of picnic areas in Hıdırnebi.

An antique and picturesque church converted into a mosque and later into Aya Sofya Museum still has remarkable frescoes within—just like its namesake you may have heard about in Istanbul. There is a relaxing open-air tea garden close to this museum. Dolmuş marked ‘Aya Sofya’ departing from the north side of Atatürk Alani square can bring you here. The ride takes 5-10 minutes. This museum should be one of your visits while wandering around in Trabzon.

Uzungöl is a lake formed by many broken rocks from the slopes filling up the Haldizen stream. The lake is surrounded by deep green woods. The village houses around this lake have an astonishing view of this lake. And there are some other tiny ponds on the mountains 15-20 km away from the Uzungöl. The lake is also encircled by suitable tracks for hiking. Some features such as bungalows and some establishments are prepared for the visitors. 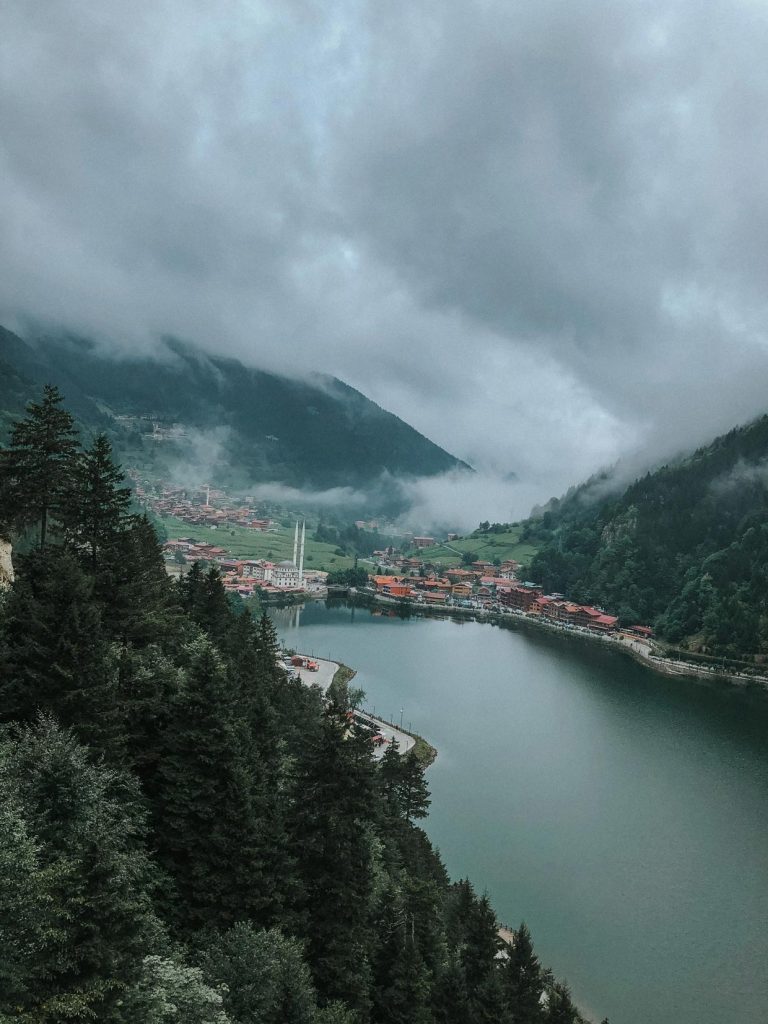 Explore Pompeii, Amalfi, Naples and the Mount Vesuvius with an Archaeologist