Statue of Liberty – The National Monument of the USA

Statue of Liberty depicts the goddess Libertas, a Roman goddess of Liberty. The woman's right hand holds a torch, while the left-hand holds a tabula ansata bearing a date engraved on it: July 4, 1776, the date of the US Declaration of Independence. Walking forward, she rests on a broken shackle and chain commemorating the recent end to slavery in the US. It has gained popularity as a symbol of freedom and democracy since then.

As a symbol of international friendship during the American Revolution, France gifted the Statue of Liberty, a monumental neoclassical sculpture, to the American people. In 1875, Frederick Auguste Bartholdi designed the Statue, and Alexandre Gustave Eiffel built the pedestal. Following several delays (mainly due to financial challenges), the Statue of Liberty was completed and dedicated on October 28, 1886. It was just ten years after the original deadline when it was intended to be completed for the Centennial celebration.

France and the United States formed an alliance during the American Revolution, resulting in the creation of the Statue of Liberty. Its design was suggested by the president of the French Anti-Slavery Society, who believed it could be an appropriate symbol for Liberty and celebrating Abraham Lincoln’s intelligent decision to abolish slavery.

For the hundredth anniversary of the Declaration of Independence from Great Britain, the French gifted the United States the Statue of Liberty. The French agreed to finance the project, while the Americans offered the site for working on the pedestal. A French ship delivered the Statue in 350 pieces to New York. It was assembled four months after delivery on October 28, 1886.

This collaboration quickly became known as the mother of exile, as millions of Europeans fled harsh conditions to escape to the US at that time. It was seen by immigrants arriving by sea as a welcome symbol. Even today, the Statue of Liberty appears to inspire hope and opportunity for everyone.

The Statue of Liberty was originally made from copper, which is a reddish-brown color. However, oxidation caused by pollution turned the color green.

New York Harbor is home to Liberty Island, where the Statue of Liberty is located. Ferries depart from New Jersey and New York to reach this destination. These spots are respectively called Battery Park and Liberty State Park. Subways make it easy to reach Battery Park. Then you head toward Statue Cruises LLC.

This attraction is approximately a 5-minute walk to the Bowling Green Subway. It is also only 10 minutes from the Whitehall Subway Station. Other nearby metro stations include Wall Street Subway and Bradstreet. 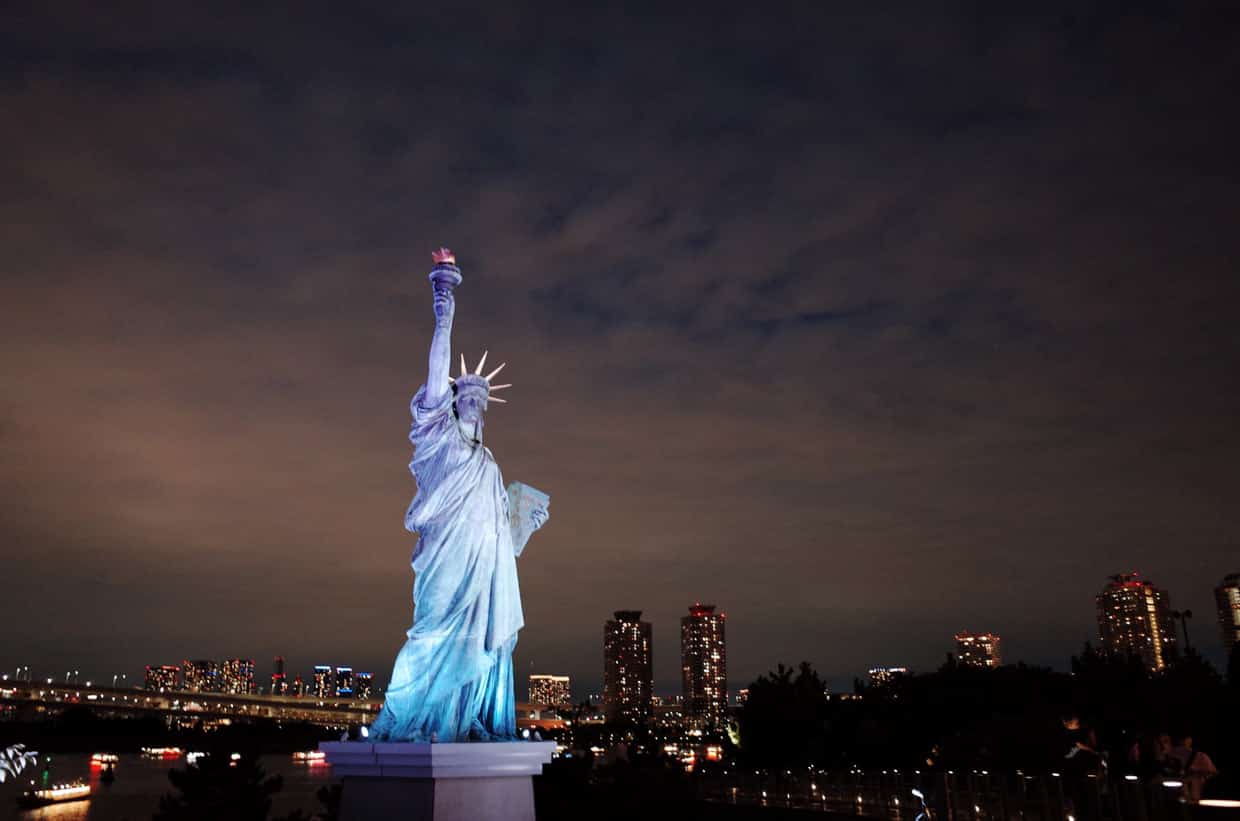 Purchasing a ticket is the first step. Buying it in advance is highly recommended. Tickets for visiting this attraction sell out quickly, so pre-book if you prefer it with crown access. This ticket provides you with the best view of the skyline of New York City. But there are limitations to this as well. Tickets can be booked only four times per ID, and the purchaser must pick them up.

Once security has been cleared, you can board the ferry to Liberty Island. Visitors to the Statue of Liberty must clear heavy security before boarding the ferry – this included x-rays of their bags and metal detectors.

Tickets for the Crown include admission to the pedestal as well as the Liberty Island Museum. It is possible to reserve seats for the pedestal and museum even if crown tickets are not available. Statue Cruises ticket locations make pedestal tickets available every day.

Standing just below Lady Liberty’s feet and atop her 47-meter pedestal, the monument provides outstanding views of Lower Manhattan, New Jersey, and Ellis Island. Visit the museum to learn about the Statue’s history and evolution. You’ll need at least 30 minutes.

However, grounds-only tickets are usually available even if pedestal tickets are not. The open promenade at the edges of Liberty and Ellis islands is ideal for leisurely strolls. Stunning views await you.

The National Museum of Immigration is included in your ticket when you board the Statue Cruises ferry to Ellis Island. Exhibitions explore the island’s history and immigration to the United States. You can reach the Statue by free Staten Island Ferry if you only want to see it from the water.

Visiting the pedestal, the museum, and the crown of Liberty is not permitted with strollers, but passengers are allowed to take the ferry and walk around Liberty Island. Liberty Island offers plenty of space for running around and relaxing.

For children to climb the crown, they must be at least four feet tall and four years of age. 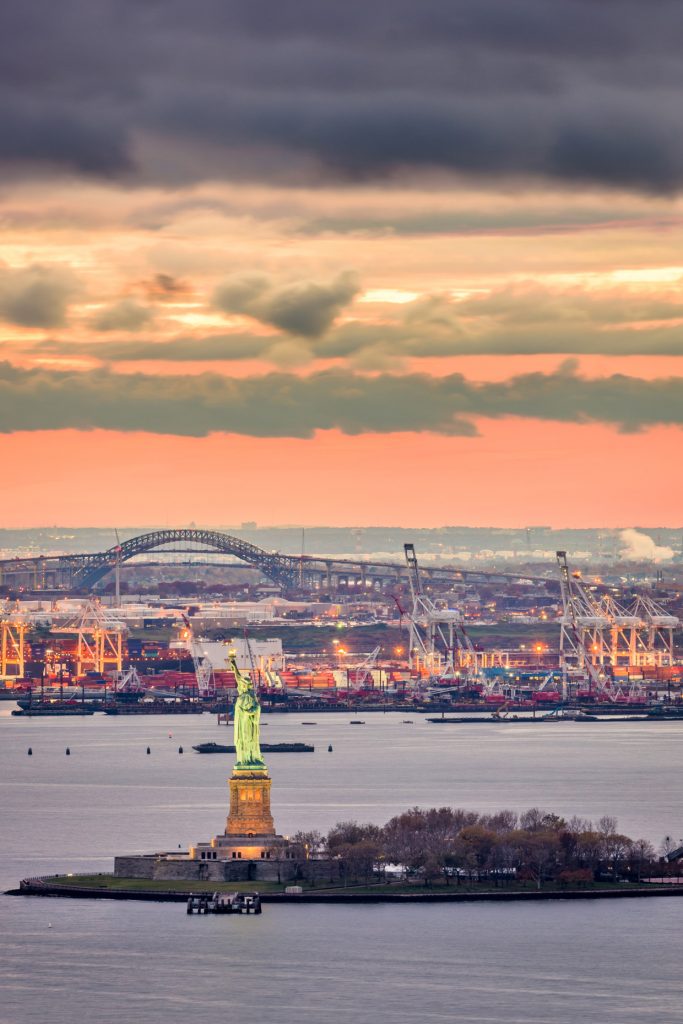 Other Perspectives of the Statue of Liberty 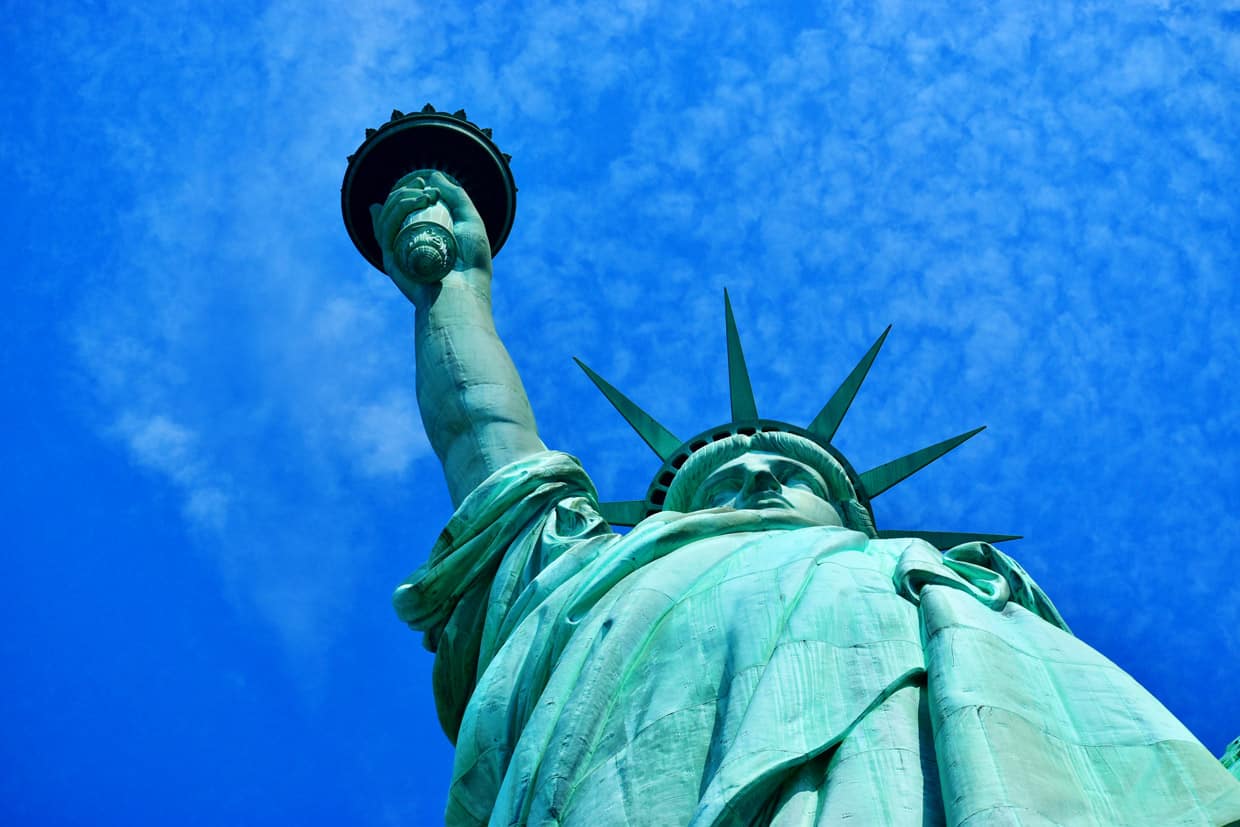 Visitors to the Statue of Liberty can visit every day of the year during daytime or evening, apart from Christmas Eve when it is only open in the morning. You can plan accordingly by looking at the schedule for timings that vary seasonally. In the spring or summer, when the weather is good, it is best to visit the Statue of Liberty. Visiting during the week would provide a more comfortable experience. Due to the rush, it would also be better to avoid summer vacations. Due to the 4 million visitors it receives every year, it is almost certain to always be crowded.

There is a ferry route between Liberty Island and Ellis Island. It would be possible to see both in a single day, although it would take most of the day. Plan to arrive early to board the ferry and leave 5-6 hours to travel between the islands and explore each one.