Located in Shenzhen, Splendid China Folk Village is known as the largest miniature park in the world displaying models of over 100 attractions of the country.

Shenzhen is a city without many historical attractions, but instead, it has beautifully designed theme parks. Splendid  China Folk Village is one of these theme parks that is genuinely worth a visit. This 20-years-old park is divided into two sections called Splendid China Miniature Park and China Folk Culture Village. Be sure that both sections are equally informative and attractive.

Splendid China Folk Village is among the largest theme parks in the world based on the number of scenarios reproduced. The park has been developed and managed by the Chinese government in CTS (China Travel Service).

The size of this fantastic park is around 30 hectares (74 acres) putting it among the largest miniature parks in the world. The miniature replicas built here are mostly created based on a 1:15 scale (in some cases a bit more or less).

The two sections inside Splendid China Folk Village are both about China, though depicting quite different images. China Folk Culture Village is an excellent place to get to know various ethnic groups in China. On the other hand, the Splendid China Miniature Park has a focus on architectural heritage and famous sites of China.

This place, besides the miniature Chinese landmarks and folk replicas, has Chinese dances, opera performances, fake funerals, and weddings. Splendid China Folk Village is also a host to multiple shows portraying events in the history of China such as a battle led by Genghis Khan with riding horses. 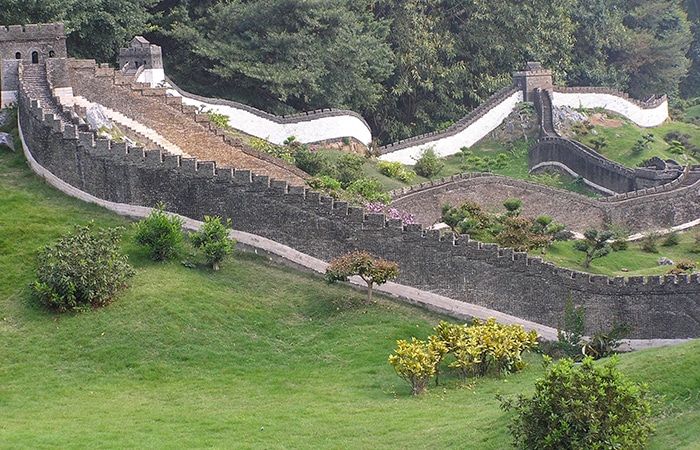 Added to wishlistRemoved from wishlist 1
Add to compare
From: $1,069.00

This is a place for those who love to get a good look at most of the Chinese attractions in just a couple of hours. The layout of the park is designed based on the map of China consisting of over 80 miniature replicas of famous sites of the country.

Most of these models are built in a 1:15 ratio, but if you look closely, the detail in work here would impress you like most visitors. The area of the Splendid China Miniature Park has many beautiful trees and flowers that would add to a beautiful landscape.

Buildings are not the only miniature attraction of China available to you here. You can also enjoy a look at China’s Landscapes too. Among them, Li River, Five Finger Mountain, Xiqiao Mountain, Yellow Mountain, Three Gorges of Yangtze River, and West Lake are worth mentioning.

How to Explore The Site?

This place is a lovely area to walk around, but on the other hand, if you want to have a more comfortable experience, you can check out the miniature train or cars available in the park. By getting on this ride, you can have a look at the most significant attractions in less time.

There is also a mini-monorail that links the Splendid China Miniature Park to China Folk Culture Village. This train also can take you to Window of the World, and there are several hotels on its way too. 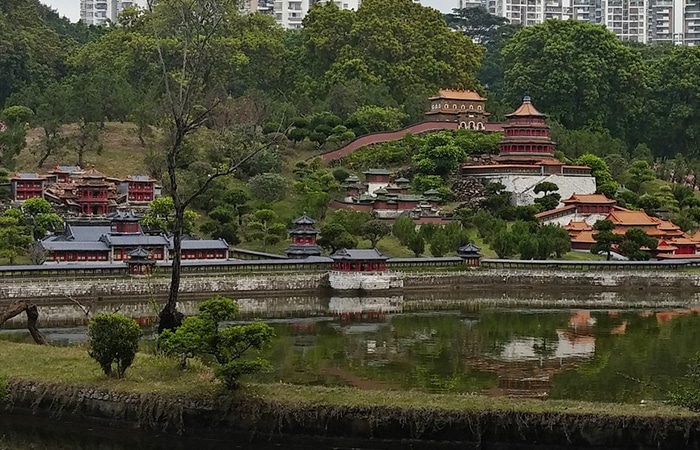 As you enter this part, if you are lucky, you will encounter dancing troupes in colorful costumes. China Folk Culture Village is the place where you can gain a much better understanding of China’s diversity and watch models of its minority villages up close. However, this section is not only about the models. Here is the place to watch costumed dancing and cultural performances.

What to find in the China Folk Culture Village?

In this part of the park, you can find 24 folk villages portraying various ethnic groups from all corners of China. The Tibetan, Uyghur, Mongolian, and Korea are just some of the 56 ethnic groups living in China.

Every village can be divided into three parts, an entertainment center, a museum, and staff living quarters. All of these places are designed and built beautifully to form a picturesque landscape representing the soul and characteristics of each minority group.

Keep in mind that though you can quickly check out each village, it is not possible to watch and enjoy all the performances of these ethnic groups. So, look for the ones that seem more appealing and enjoyable to you. Besides, there are three main shows performed daily.

The first show is a horse show battle, which is a reenactment of one of Genghis Khan’s battles portrayed by skillful riders. The other one is a fashion show and there is a chance to see lots of beautiful costumes and headpieces in a lovely parade. The last one takes place in the evening and is called The Dragon and Phoenix. This is a more significant production with trapeze artists dangling, and horses and chariots charging on the stage with musical fountains and colorful dancing acrobats.

Times Of The Village Ethic Performance

As a tip, set aside a full day to explore Splendid China Folk Village in Shenzhen. Besides, if you prefer walking in the village, wear comfortable clothes to experience more enjoyable times. Finally, we will be happy to hear your thoughts in the comment section. Besides, if you need any more information, you can leave your questions and our professional guides will reply as soon as possible.