Mamure Castle is located right next to the sea, surrounded by a moat and 39 interconnected towers. When you walk on top of this castle, the sea is right under your feet, and you can hear the sound of the waves hitting the shore.

One of the fascinating ancient relics left to us from our ancestors is the beautiful castles located in different parts of the world, and Mamure Castle is one of them. Let’s take a trip 6 km east of Anamur ilçe and 170 km west of Mersin to see one of the largest castles in Turkey. (Photo by Dr._Colleen_Morgan via Flickr).

As we mentioned earlier, this castle was built right next to the sea, and the reason is that Mamure Castle had a defensive function and protected the city from pirates. Mamure Castle has seen many wars, such as the Crusades, during which ownership of the castle came under the rule of the Seljuk kings. This government rebuilt the castle to remove the traces of war and make the castle stronger than before. After the Ottoman Empire came to power, Mamure Castle was used as an inn, and its military use was gradually forgotten. Mamure Castle is the healthiest castle in Turkey today due to the numerous renovations that have taken place throughout history, and in 2009, the castle was inscribed on the UNESCO World Heritage List.

How Was this Castle Named?

In the fourteenth century, Mahmoud Karman, after finishing its reconstruction, named it Mamure. If you visit Mamure Castle one day, you can also see the Romanian bath and the cemetery built around it. In recent years, Mamure Castle has been considered a tourist place by many people, and for this reason, many restaurants and cafes have been established around it. 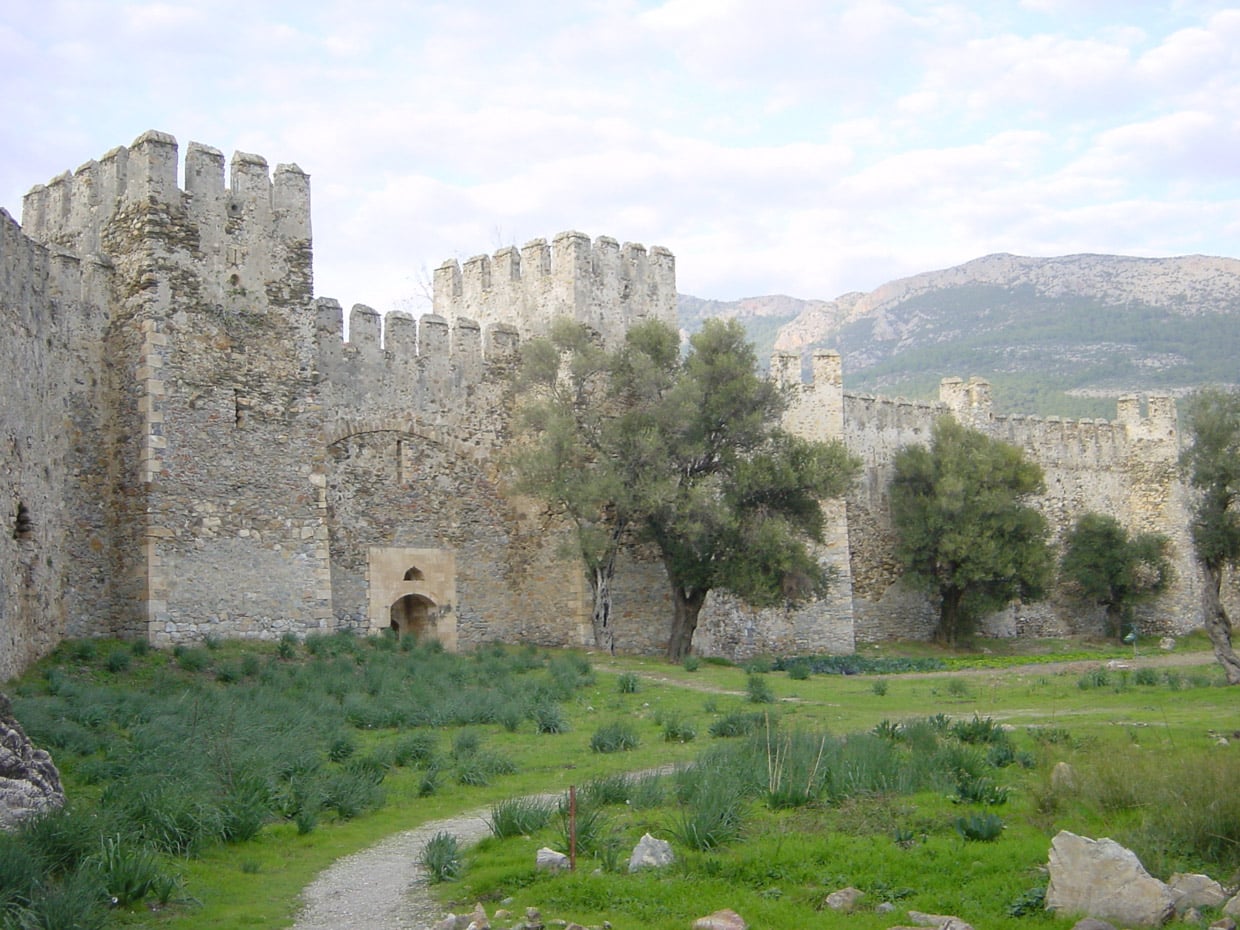 What Do I See There?

A moat surrounds this 23,500-square-metre (253,000-square-foot) fortress. Its 39 towers and bastions are connected by extensive ramparts. The castle has three main courtyards: west, east, and south. The western courtyard is home to a small complex that includes a single minaret mosque and a ruined Turkish spa. The remains of a lighthouse can be found in the southern courtyard.

You can find an outer fortress, a small complex with a single minaret mosque, the remains of a Hamam (Turkish bath), a fountain, warehouses, and cisterns in the yard to the west. In the east, there is an inner courtyard with seven bastions in various shapes on the high wall that forms its northwest perimeter.

The bastions on the north-eastern side of it, along with the wall, have been destroyed. There is an inner citadel constructed over the rocks in the yard to the south, the largest watchtower with the greatest view of 22 meters height inside the biggest bastion, five other watchtowers, and the remains of a lighthouse.

The Karamanids constructed the single minaret mosque, which exemplifies 16th century Ottoman architecture. The historical mosque is still in use and has recently been restored. The Karamanids are also thought to have founded the Hamam, which is situated to the north of the castle. The Hamam’s entrance has been destroyed, but the rest of it is still standing.

Mamure castle is 6 kilometers from Anamur’s center, so the distance prompts us to look for road transportation, but the thought of getting there on foot is not unfamiliar to us. However, since the walk along the unappealing gravel path takes an hour, we suggest taking the Dolmucs.

The Dolmuc to Mamure castle can be found near the BP gas station on the main road from Anamur, near the city center, near the banana monument. Finally, the Dolmucs make their way to the town of Bozyazi. If you tell the driver that we want to go to Mamure castle, he will stop where you need to stop. 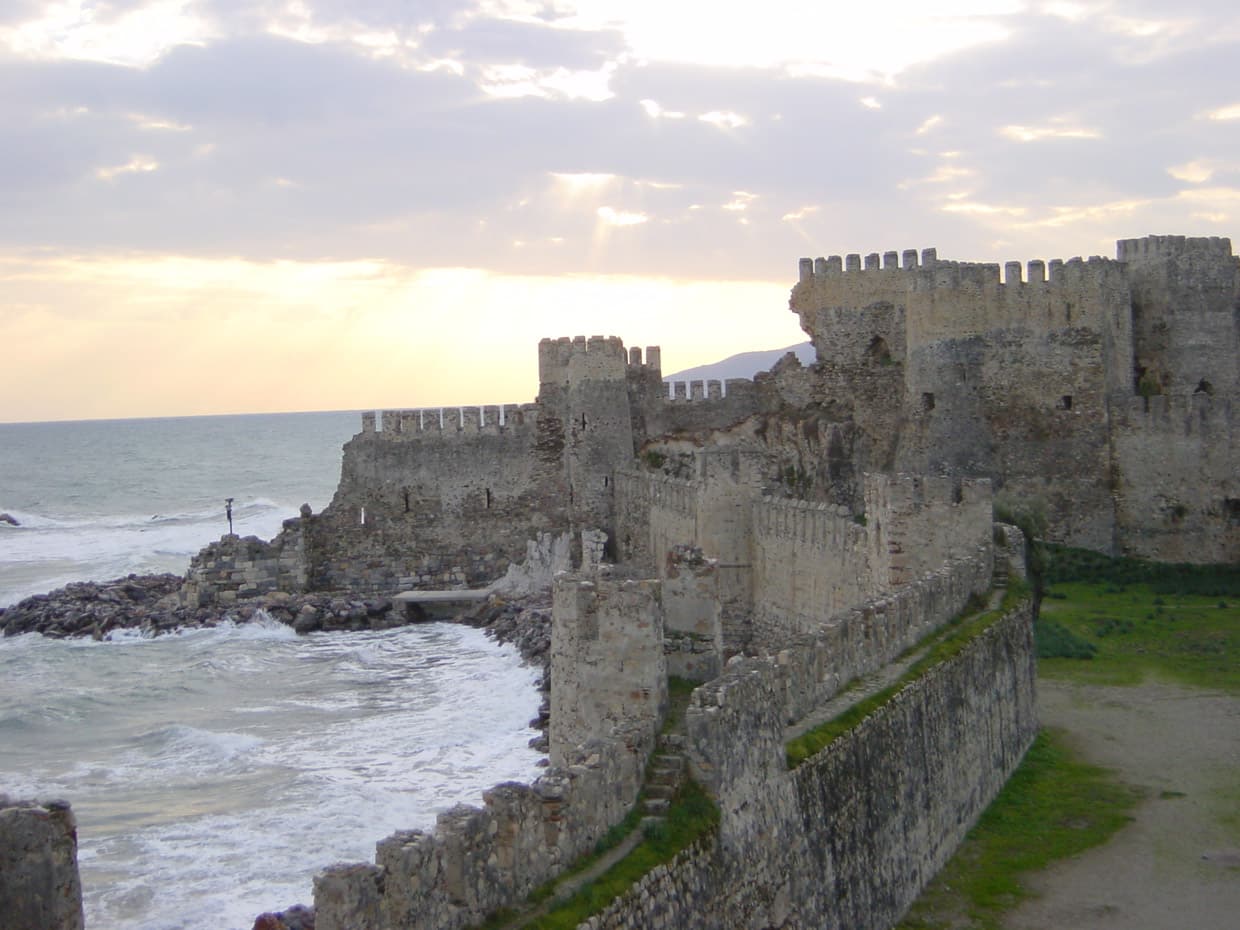 Given the disrespect Mamure Castle has received, the castle is in remarkably fine shape. Do not imagine a castle where all is delicately cared for, but it is well worth it. This castle and its surroundings are off the beaten path, but they are well worth a visit. You will have the most wonderful experience staying at a very cheap hotel across the street; the rooms, beds, and bathrooms are not perfect, but the people and meals are amazing, making your stay unforgettable.