Mount Lovcen in Montenegro – A Mysterious Road To Summit

Montenegrins all know Mount Lovcen by heart. The land was named after this majestic black mountain and is the site of the final resting place of the country’s biggest leader. A visit is practically mandatory, and we can make visiting just a little easier for you.

In terms of nature, history, culture, and the rest, Lovcen National Park is one of Montenegro’s best. That’s because Njego chose it as his final resting place.

The place has seen invasions of all sorts, from Illyrians and Romans to Slav tribes in its history. Cetinje was the stronghold of Christianity and the capital of Montenegro, never conquered by Turks. The relics of Petar II were moved to the top of the mountain Lovcen in 1885, where they were housed in the little church. The church was destroyed during World War 2, but Prince was moved to a newly-built church, where his relics were housed. The mausoleum plan was approved in 1951, and the construction started in 1952. Construction lasted 23 years, and the building was completed in 1974.

Although this park has been around only for 50 years, Montenegrins have always had strong emotions. “Proud Lovcen Mountain, head above clouds higher below you proudly considers everything marvelous nature creates,” wrote Petar II of the last great Montenegrin dynasty Petrovic, who lived in a nearby village in Zone VI of the Park.

How to Get to the Mount Lovcen

Lovcen is only 20km from Kotor or 7km from Cetinje, so driving is the best and most enjoyable way to get there. Although the road is not exactly what you would call straight, it is both thrilling and inspiring at the same time. This drive is full of breathtaking views that visitors would otherwise miss out on. However, public transport is much more challenging since only private tour buses head up this way.

Throughout the road, you’ll be surrounded by stunning views through hairpin turns, steep grades, high elevations, and twisty hairpin corners. Lovcen leaves a unique and unforgettable visual impression, no matter which angle you look at it from.

The locations that give such far and rare views include Jezerski Vrh, Tirovnik, the old road Krstac-Ivanova Korita, Austrian strategic roads that lead to the mountain tops, Kotor serpentines – specific building development phenomenon. A true experience of the steep slopes of Lovcen and the beautiful Bay of Boka Kotortska – serpentines are not to be missed. 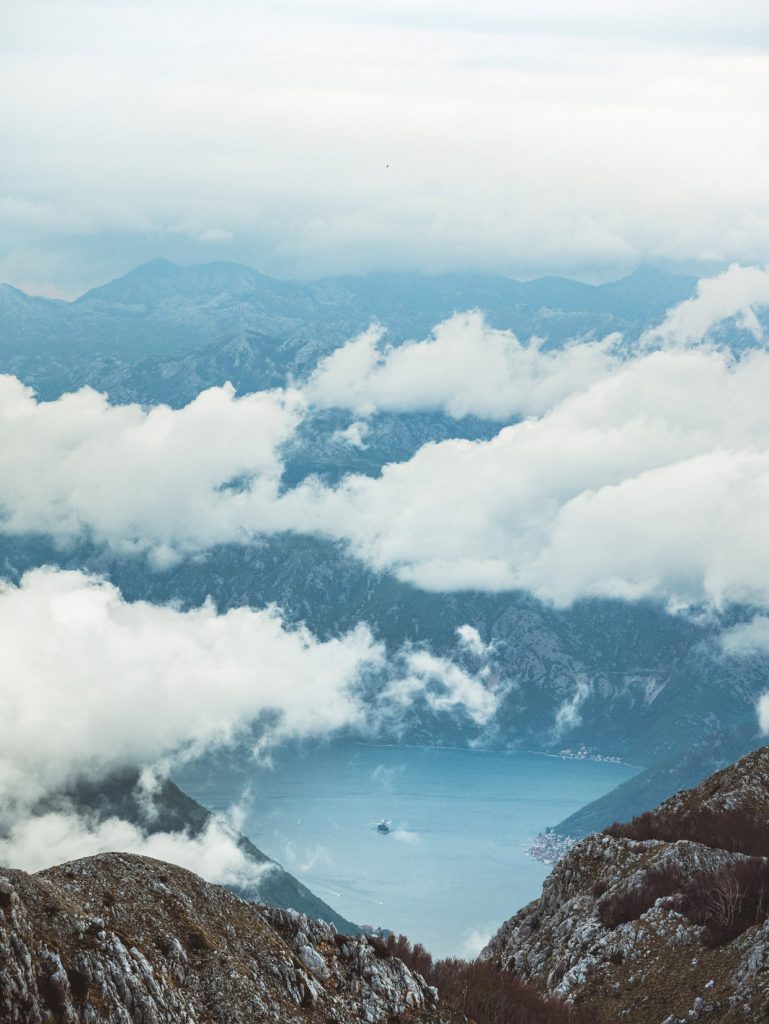 Background of an Ironic Monument

Mount Lovćen isn’t black in the most literal way, but it was not so long ago. The 1,749m monster gave Montenegro its moniker (the locals call it Crna Gora or the Black Mountain). During the early centuries of Montenegro’s history, this was the entirety of the state, one of the few that stayed afloat against the relentless Ottoman invasion of this country. As a result of the Habsburgs’ capture of the mountain, Montenegro raised its white flag in World War I.

Among all the monuments in Montenegro, one monument stands out. It can be found on Lovcen’s second tallest peak. This is ironic, as Petar II Petrovi-Njego, the poet prince who gave prominence to Montenegrin culture, is the figure that casts the deepest shadow over Montenegro history. Many call him Njego, and it was he who brought modernity and centralization to Montenegro. Without Njego, we can only guess what Montenegro would be like in this modern age of the 21st century. A trip to Jezerski vrh is not complete without a visit to his mausoleum.

Within the national park is the village where Njegos was born. Now known as Njeguši, normal village life has long ceased, and all that remains is all things Njegos; however, don’t expect many facilities and amenities. In Montenegro, no visit is complete without tasting njeguški pršut, a dried pork dish prepared in an unusual manner. Is there a better place to taste it than where it comes from? 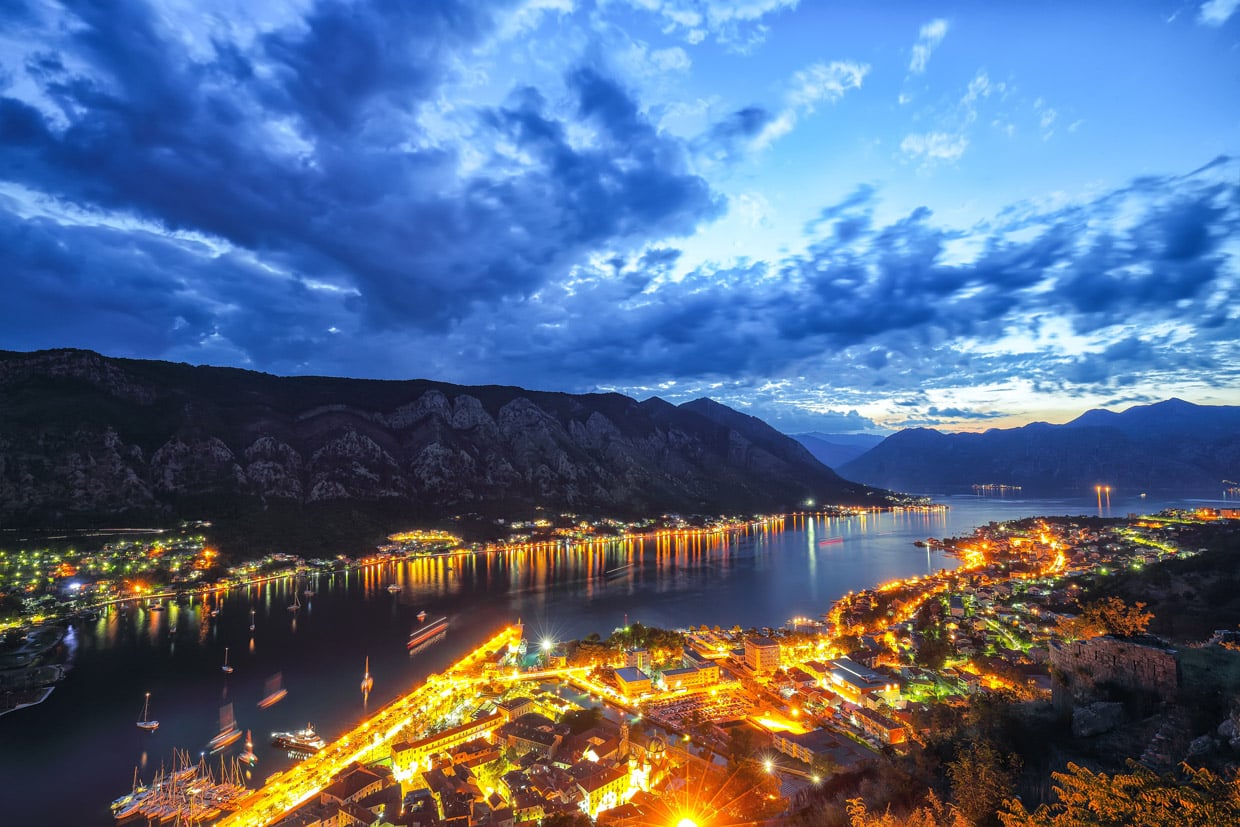 Get the Blood Pumping

Lovcen National Park is teeming with adventure activities, making it a desirable destination for adrenaline junkies all over. Biking and ziplining are just two examples of the things you can do at this park, although they can be a bit harsh and hard for most people and visitors. It may be very thrilling, but the thought of hanging over a massive mountain range may not appeal to everyone. Hiking and cycling are also a great offer for visitors, and the great cool temperatures up here make it fantastic to ride your bike or your rented bike.

There are trails catering to different abilities in Mount Lovcen year-round, and they are beautiful year-round. Markers and signposts are located at the trailheads to act as guideposts. On tour, you will go through native beech forest, along Austro-Hungarian roads, and through Katuns (traditional summer pastures where shepherds’ huts can be found).

In Lovcen National Park, you will also find mountain biking trails that start from Ivanova Korita. If you don’t have your own, you can get maps and hire bikes from the visitor center for €2 an hour or €8 a day.

There are three ways to get in:

You can also get a guided ride from the Njegoš mausoleum to Kotor with the serpentine road, which has the greatest views of Kotor Bay.

Where to Lay Your Head

Locating a place to stay overnight in Lovcen National Park is highly recommended, considering how difficult it is to get there. Lovcen is developing rapidly, with an increasing variety of accommodation options, but calling these options’ numerous’ would be a lie. Although most people prefer sleeping under the stars, Ivanov Konak is the clear choice for the best hotel option. So sleep under the stars in a thin layer of fabric.

At the visitor center in Ivanova Korita, you can book accommodation in the park. The rates are as follows: 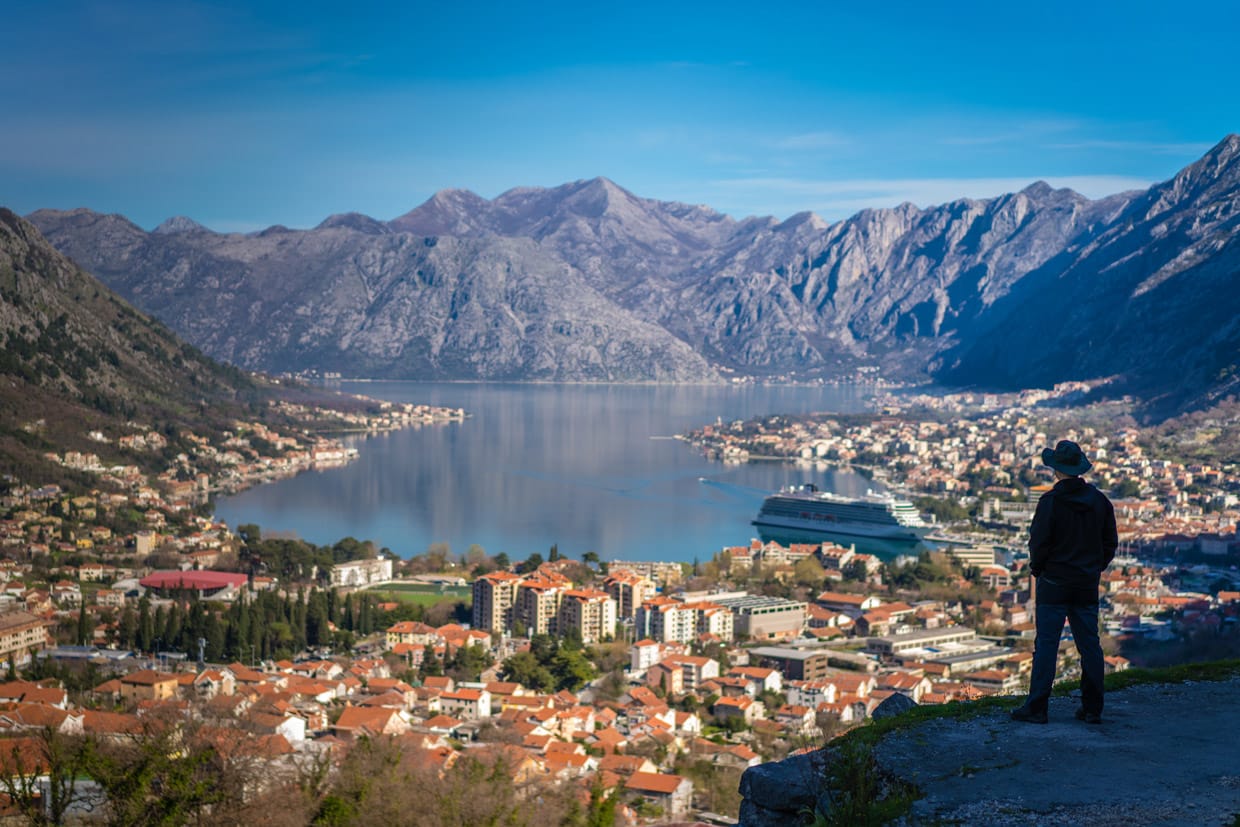 The Location and its Atmosphere

Within the Dinara Alps lies the National Park Lovcen. A steep slope of Mount Lovcen rises from the coastal region of Budva and the western part of Cetinje. Budva – Cetinje highway borders the park to the south and the old Kotor road to the north. “Black Mountain,” which gave Montenegro its name, stands at 1749 meters above sea level. The park is 6220 acres in size, and Cetinje is the office of the park.

National Park Lovcen, with nine different habitats in a very small space, plays an important role in the history of flora and fauna. The diversity of habitats results in a wide variety of species of flora and fauna. In the park, there are more than 2000 plants. It can be attributed to the extreme altitude and the very different influences of Mediterranean and Continental climates. This combination leads to the creation of a unique habitat in such a narrow space.

Located on the edge of the Old Town in Njegui, Montenegro, Njegui is home to one of the oldest restaurants in Montenegro.

In this restaurant, you will be able to order excellent pizzas, soups, and pancakes at an affordable price.

Kotor Bay is one of the most stunning coastal views in the world, especially during sunset. Enjoy it over a plate of prosciutto, cheese, olives, and wine at this restaurant.

A Week in Sri Lanka