Is Turkey in Europe or Asia? General Information about Turkey

It’s been a long time since the questions about Turkey being in Europe or Asia started to arise. Many people believe Turkey is divided into two parts in every aspect of the country. In a specific period of time in Turkey’s history, a significant differentiation started, and as a result, culture, religion, flag, and the atmosphere of the country confronted many changes. You can easily see the differences after being in both parts of Turkey. To understand a bit of those many variations, you should know about differences and their impacts on Turkey.

Turkey is a transcontinental country located mainly on the Balkan Peninsula in Western Asia and Anatolian Peninsula in southeastern Europe. It might come as a surprise to know that the country’s literally half Asian and half European culturally. The Republic of Turkey is bordered by Greece and Bulgaria on the northwest, the Black Sea on the north, Georgia on the northeast, Armenia, Azerbaijan, and Iran on the east, Iraq on the southeast, Syria and the Mediterranean Sea on the south, and the Aegean Sea on the west.

Turkey has a long and ancient history, from the Roman Empire and Seljuq dynasty to the modern Ottoman Empire, but the Republic of Turkey started in the 1920s under the leadership of president Mustafa Kemal Atatürk -meaning Mustafa Kemal, father of all Turks- who made significant changes towards a secular, modern, and liberal republic such as establishing a new writing system for the Turkish language based upon Latin alphabet and giving women full political rights. The rules and laws are changing and progressing towards Atatürk’s goals ever since.

Turkey’s culture is quite diverse. Every different part of its history had an effect on people’s traditions. The country is a manifestation of its history, a blend of Turk, Anatolian, Ottoman, Greece, Roman, Islamic, and Western elements. Lately, Turkey has been a great immigration destination for middle-Eastern people, so surely they had their impact on the country. But for the most part, Turkish culture is a product of efforts to be a modern Western state while maintaining traditional religious and historical values. All these adventures split the country into two very different parts that we’re going to learn about in this article.

Added to wishlistRemoved from wishlist 1
Add to compare
From: $2,327.00

The Turkish flag -also referred to as the red flag and the red banner- is directly derived from the last Ottoman flag that was adopted in the late 18th century, but the exact shade, measures, and geometric symmetry were legally registered on May 29th, 1936. The tale of where the flag comes from is quite legendary and mythical. That’s where the moon comes from.

The color red was the standard imperial color representing the domains of the Empire as the successor of the Romans, whose official color was red. But the new resemblance is interesting. The red flag is a sign of the sacrifice that was made for the country’s independence, and the crescent is a symbol of the religious beliefs of the people. At the same time, the star represents the diversity of Turkish culture.

First of all, you should know that Turkey has been secular since 1928; before that, the religion of the state was Islam. There are no official government records and statistics to specify people’s religion, and religious data is not recorded in the country’s census.

Therefore, there are various types of religions and ethics in the country, Abrahamic or not. And a vast number of people are agnostics, irreligious, and atheists (up to 4%). Here are the most popular religions in Turkey down below.

Muslims have the largest number (99.8% according to CIA World Factbook), including Twelver Shia (up to 4.2%), Alavi (up to 14.5%), and Sunni with the domination of Hanafi school (up to 84% of the population), and Sufi according to Aksiyon magazine.

Christianity has a very long and old history in Turkey. The country is the birthplace of many saints and apostles, such as Paul of Tarsus, Timothy, Nicholas of Myra, Polycarp of Smyrna, and many others. The first churches in Turkey were founded by Saint Peter. The actual house Virgin Mary lived her final days in, and the tomb of John the Apostle is in Selçuk, İzmir (formerly known as Ephesus).

The history of Judaism in Turkey goes back to Romaniote Jews of Anatolia who’ve been present since almost the 5th century BC., and they built several places of worship around the country. Even after that, between the 15th and 16th centuries, the Ottoman Empire welcomed the immigrant Hispanic Jews who were expelled from the Spanish Empire. Today, even after “The great emigration during the 20th century”, around 26,000 Jews live there in peace. 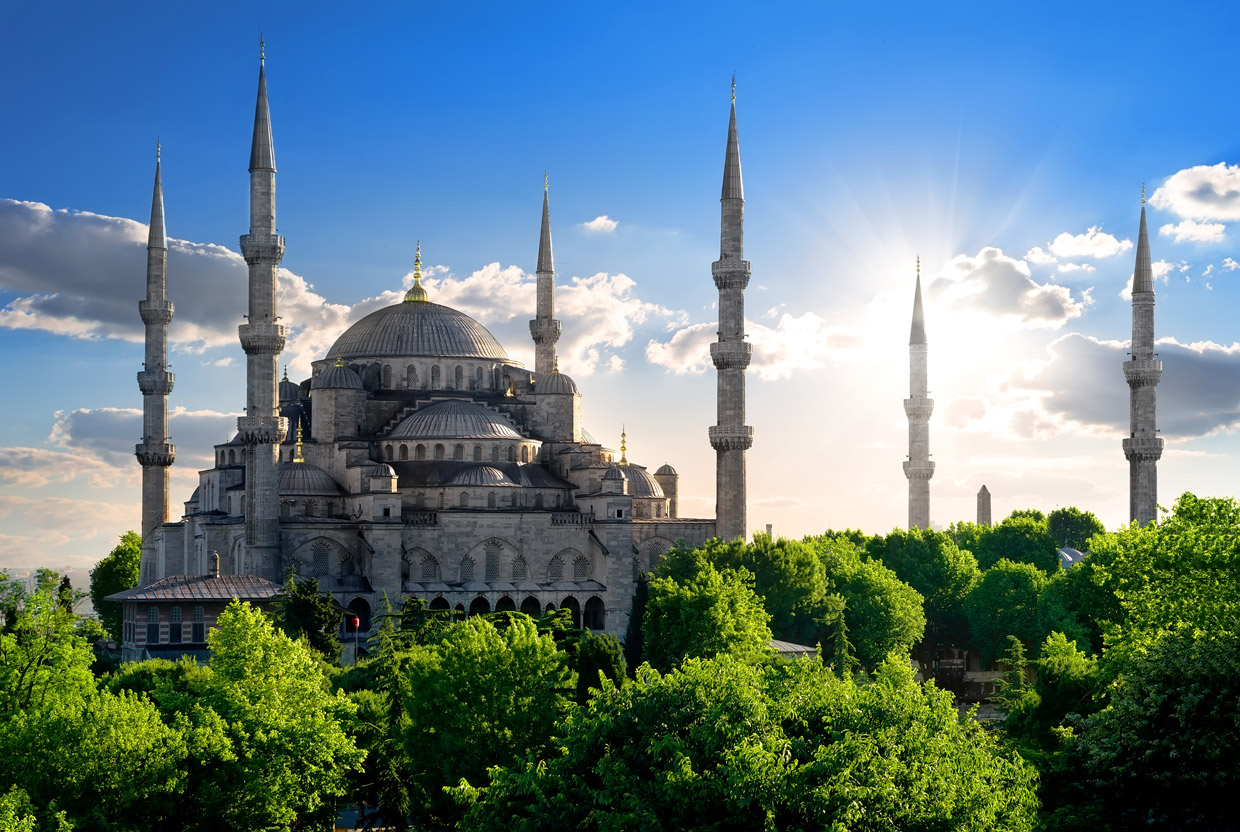 Since Turkey is such an ancient country there are much to see but don’t forget that the cities themselves are lovely and magnificent, so making a list might lengthen the article unnecessarily, but we’ll do our best to keep it short and tell you about each special city and tell you what you can find in there.

Let’s start with Ankara; the capital was first chosen by Ataturk. While the capital of the country is often overlooked, Ankara, the second-largest city of Turkey after Istanbul, is a fascinating place. With youthful, upbeat energy, with plenty of fine restaurants and trendy cafes for you to visit.

We especially recommend visiting the spectacular Museum of Anatolian Civilizations. Another fun fact about Ankara is that the city lies on the border where the east meets the west; this results in European and Middle-eastern culture merge. You might even call it the border between tradition and modernity.

Now let’s talk about Istanbul. The most remarkable city of Turkey with the most history and the most impact on the country’s culture, and you can find delightful traces of the Greeks, Romans, and Venetians spread around town. Since it’s a large port, Istanbul has always been a place where the East and West meet.

The city is packed with numerous beautiful, ancient sights and buildings, and delightful worship places like mosques, and of course, the famous Byzantine church of Hagia Sophia. But modern Istanbul is a simmering metropolis with world-class shopping malls. The nightlife pulsates around Taksim Square are magical. Istanbul still is the country’s business and cultural center and the city where new trends are created. You might even say Istanbul is the most European city in Turkey.

Now let’s talk about the cities on the coastline and open with Antalya, the pearl of the Turkish Riviera. This city lies along the Gulf of Antalya, and the towering cliffs offer up spectacular views of the mountains off in the distance. But that’s not all; Antalya has spectacular historical spots too, with fine Ottoman houses lining the narrow streets and alleys and the fact of being the old heart of Kaleic, and don’t forget that it was a Roman-era harbor, all in proximity.

If you’re into history, another particular place to visit must be the “Antalya Museum, “a great exhibition full of well-preserved Roman sculptures, enormous sarcophagi, and remains of the theatre in Perge. You will also find a jawbone that belonged to Santa Claus, who was born in Patara and buried in Demre, and a collection of folk costumes and very beautiful rugs. There’s no need to mention the delightful beaches, with hotels and restaurants to suit all budgets peppering it in abundance, all European style.

The next noteworthy city must be Alanya, a popular place to visit and full of all-inclusive hotels along the Mediterranean. And those who seek historical sights will find fascinating many ancient sites to explore, like the spectacular old Citadel and its Red Tower, Old Shipyard, Syedra Ancient City, Damlataş Cave, and a lot more. 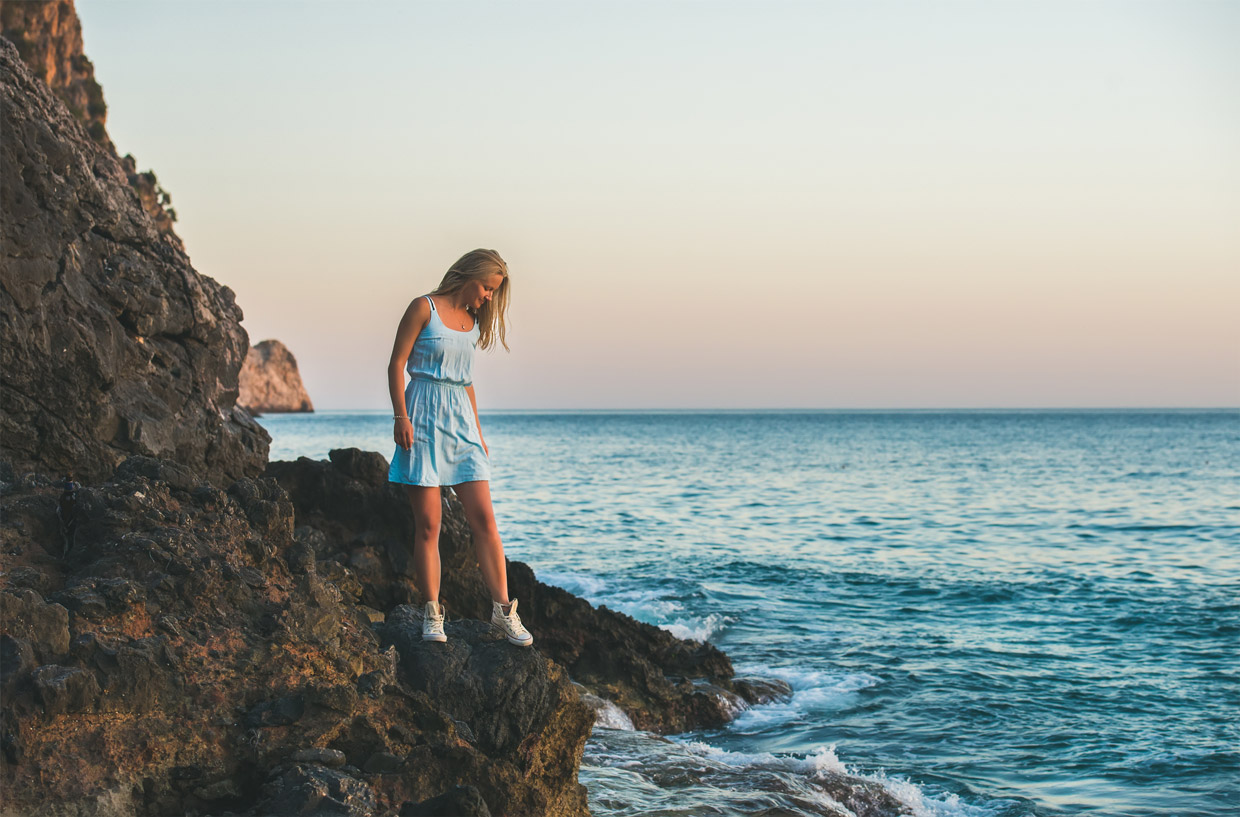 When we talk about Turkey in Europe or Asia, we know that these are not just the names. Actually, this labeling and differences have brought many things alongside themselves, and their influence is often obvious and distinguished. Every city in Turkey, every food, culture, festival, lifestyle, or whatever you see in this country, has its powerful roots deep inside the background of its land.