Hagia Sophia is the 6th-century church of the East Roman Empire or the Byzantine Empire in Istanbul, also known as Ayasofya by the Turks and Sancta Sophia in Latin. Over the centuries, it was damaged, destroyed, repaired, and rebuilt while being converted into a mosque, then into a museum, and yet again a mosque.

This massive and marvelous structure is one of the greatest of its kind, having unique architecture and being the most visited attraction of Turkey in 2015 and 2019. Even though many things were changed (Constantinople to Istanbul), the church’s name kept its Greek and Latin Origins. Make sure to visit this massive worship place while in Turkey, which resides in Istanbul’s European side, or the old district.

The cathedral of Hagia Sophia was originally a place of worship in 537 AD in the capital of the Byzantine Empire, Constantinople. The original building was a work of Greek architecture, and therefore the name is also rooted in Greek. Sophia means wisdom, and even it is also known as the Sancta Sophia by some, it does not refer to Sophia the Martyr.

The massive building with its 32-meter dome is the third church built on the same spot as the previous buildings. It has seen many years and many conflicts as it exchanged hands between the Byzantines, the Ottomans, and the Turks. The details of the decorations, mosaics, and beauty of this site make it a must-see attraction.

If you are interested in its history, you should know about the three churches built on this very same site (including the current structure).

Church of Constantius II AKA the First Hagia Sophia

Constantius II built the original building in this spot during his reign between 337–361 AD. The primary material was wood, along with a wooden roof that burned down in a fire at the beginning of the fifth century.

The rebuilt structure was known as the largest church of its time for nearly a thousand years. Although it cannot be certain how it looked like and what designs were used, some theories and descriptions of its appearance and architecture are used.

Church of Theodosius II, Hagia Sophia After the Fire

Some years after it was burned, Theodosius II reconstructed the Orthodox church with the same appearances in 415 AD. Like the previous building, this one also faced west, and again, little remains of this building as well.

The excavations of 1930 discovered some stone fragments which are believed to be what remains of the entrance. Some remains of relics and artifacts of this cathedral were not entirely destroyed by fires and conflicts. 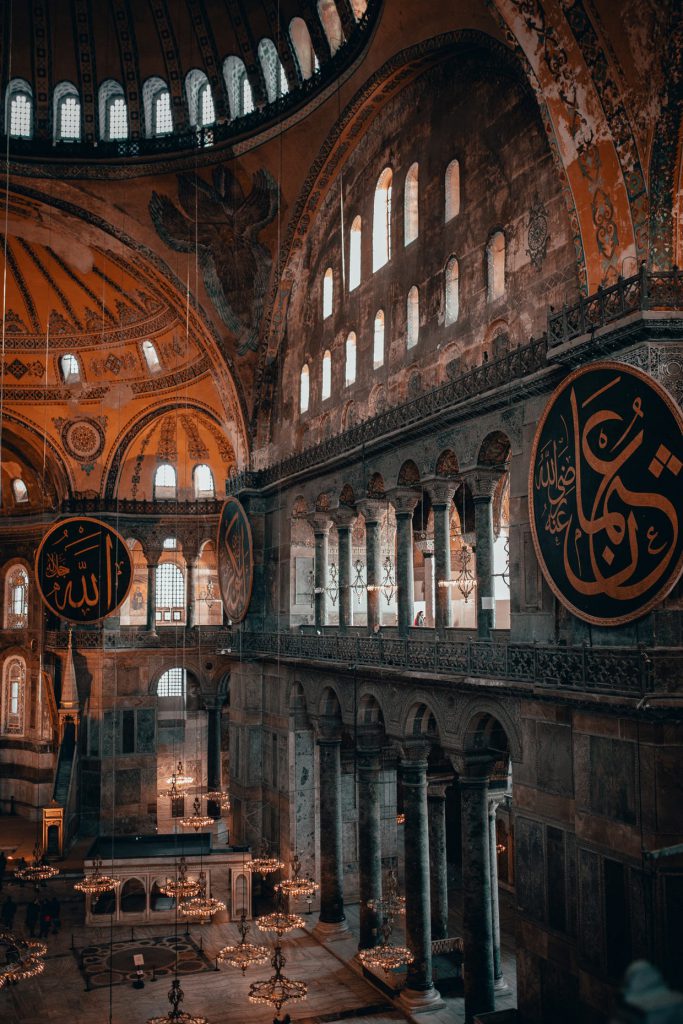 The Current Hagia Sophia or the Church of Justinian I

On January 532 AD, the Church of Theodosius II was again burned to the ground in an event known as the Nika Revolt. A few weeks later, Justinian I ordered the reconstructions for the third time and on the same spot. The design of this place of worship that is a UNESCO Heritage Site was the work of Anthemius of Tralles and Isidore of Miletus.

The new building was to be even larger and more decorated. Instead of wood, this time, they used mostly marble, brick, and plaster, which are closer to modern-day materials. The decorations were also of gold and gems. The glorious masterpiece was to be built with the best materials from all of the great Byzantine Empire.

The structure was to be so large as to be visible even from the sea. Having such magnificence in exterior and interior design, it is a wonder how it was finished in about only six years. It may be because of using the thousands of workers dedicated to rebuilding the new seat of the Patriarchate of Constantinople.

Surviving for hundreds of years and being renovated after several earthquakes, Constantinople and Hagia Sophia were captured by Muslims in 1453. Sultan Mehmed and his troops who took the city performed the Friday Prayer or Jumma Prayer and converted the cathedral into an Ottoman Mosque.

Before being declared a mosque, Hagia Sophia, like all other city buildings, was sacked and looted by Ottoman soldiers. As a result, many of the relics and artifacts of this cathedral were destroyed. When the city’s name was changed into Istanbul, and many places were claimed, the mosque that was still known with its original name was renovated.

The building underwent a process named Waqf, which meant it shall forever be a mosque for Muslims and, therefore, should never be damaged or demolished. This process of Waqf also means that the building had to look the part of a Mosque. Changes were made like the construction of four minarets in different periods.

Evidently, there was a need for a Mihrab, which showed Qibla’s direction (towards Mecca). Other elements were added, such as calligraphy and the carpet that covered the floor. During this time and the rule of the Ottomans, the building underwent repairs as well as changes. 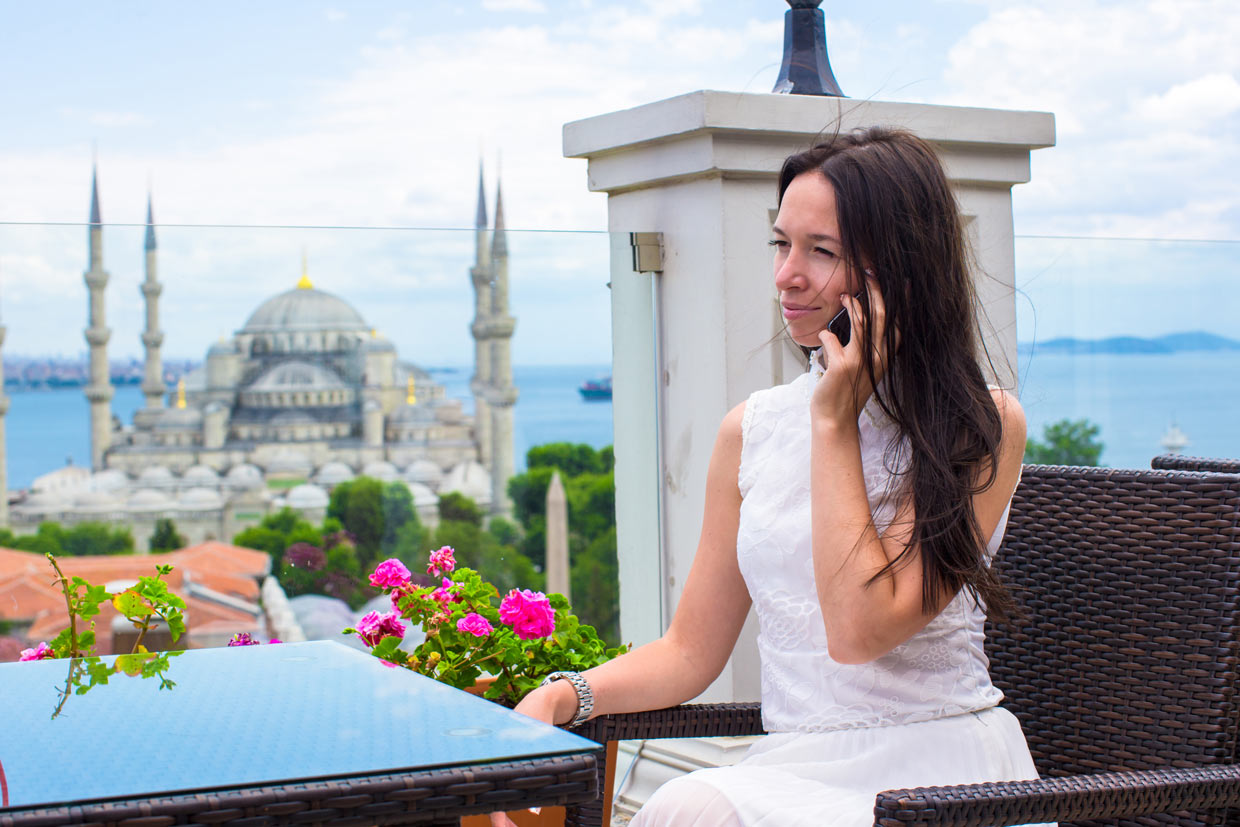 In 1935 and by Ataturk, the founder of the Republic of Turkey, this marvelous building turned into a Museum. It was renovated several other times, and some remaining decorations removed from sight were brought back. In 1985 it was listed as a UNESCO Heritage Site of Istanbul near the Topkapi Palace.

Hagia Sophia as a Mosque Again

In 2020 the museum turned into a Mosque again as a result of debates and controversies. Because of Waqf’s rules, the building could not be allowed to be changed into anything else other than a place of worship for Muslims. Although it remains open for visitors and tourists, Christian decorations and elements are concealed, and the building cannot be visited during prayer. 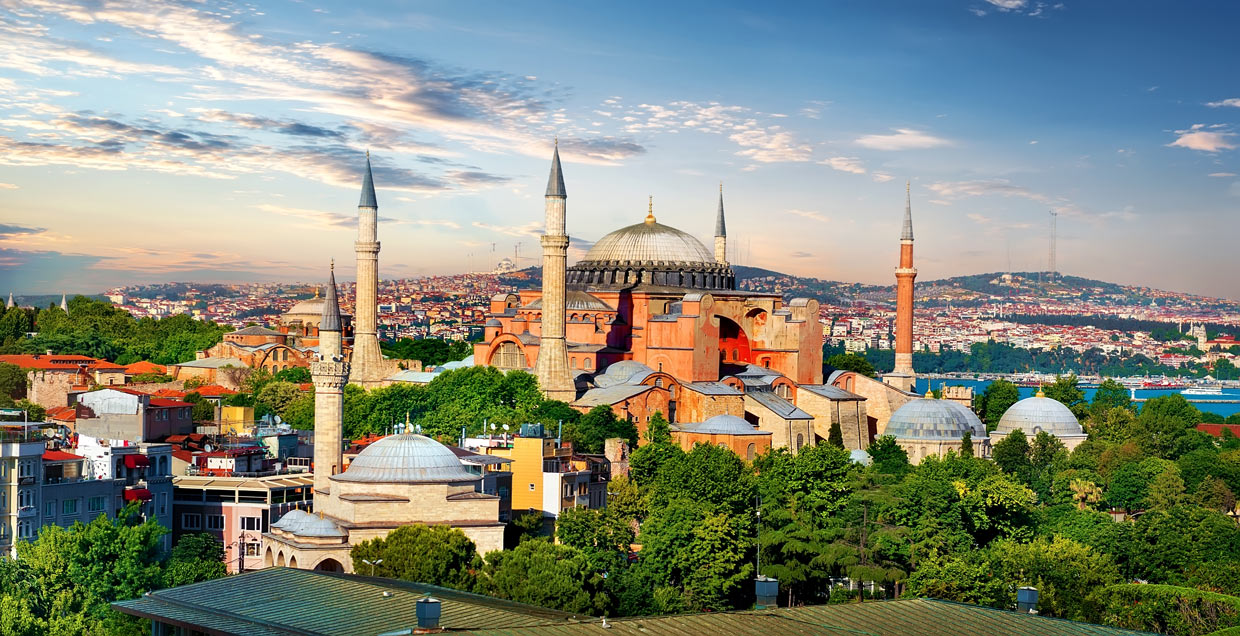 The Byzantine era’s items and relics may be gone, but the mosaics and marble pillars remain. Despite the changes made by the Muslims, the architecture and the decorations on the dome and entrances still show their original appearances.

You might want to stand around the Imperial Gate (the main entrance) and marvel at the beautiful mosaics and the writings upon them. A few steps further, you can see the symbols of the coronation of Byzantine emperors. They would bow before the patriarch of the Basilica in the same spots on the marble floor.

The designs are now integrated with that of the Ottomans but are still recognizable from the age’s past. As you walk more into the building and the hear of Hagia Sophia, you should stand below the great dome and the grand nave.

Look around and look above to grasp the massive size and full glory of this magnificent monument with all the past and present decorations. Another of the highlights of this building are The Deesis mosaic and several drawings left by the Fossati brothers.
Take some time as you witness the beauty of this Mosque and look at the calligraphy of the Koran’s verses. 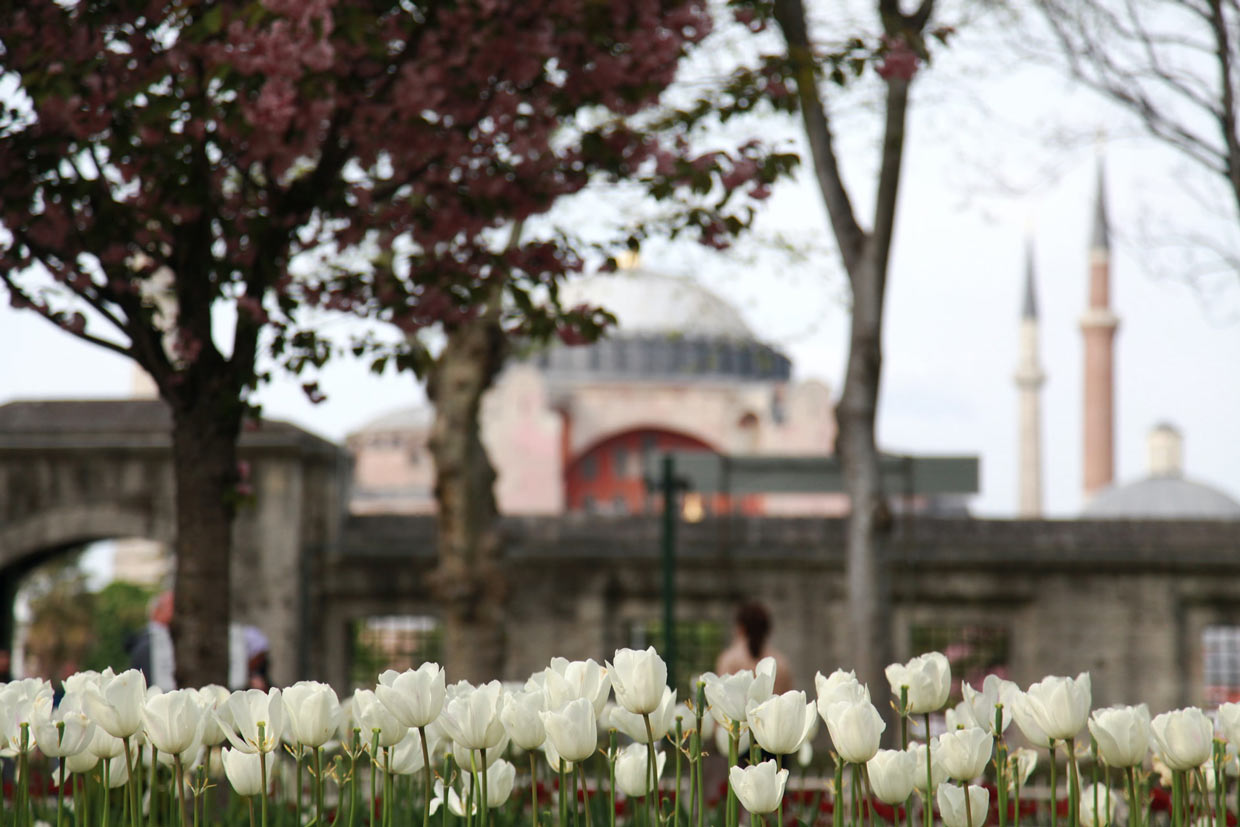 Having been converted to a Mosque again, there are some changes in the visiting hours of Hagia Sophia. The monument sits on the European side of the city in the old district and near several other important sites. It is recommended to make you visit for about 2 hours before the closing hours to make the most of this visit.