Cleopatra Beach – One of the Most Popular Beaches in Antalya

The 80 percent of the 3.5 million tourists Antalya hosts per year swim at Cleopatra beach. One can state that the tourists traveling from Europe were more attentive on the beach. The beach’s attractions are appreciated more properly recently; therefore, the growth in the rate of tourism here is expected.
In This Article
History
Attraction
Location and Getting There
Wandering Around
When to Visit

More than two million tourists visit Cleopatra beach every year as one of the emblems of the southern region of Antalya is the Alanya area, Turkey. With its notable cape, in Alanya, you can trace footprints of many ancient civilizations. The Yaylak (summer highland pasture) of the Anatolian Seljuk State, Alanya, presents to the district’s tourism by virtue of the beach.

Cleopatra beach is mostly known as being named after the endmost Hellenistic queen of Egypt. Cleopatra is a celebrated Egyptian queen who lived between 69-30 B.C. She is said to be a very courageous and wise woman.

She is known as a hero because she charmed many hearts and glorified Egypt. She developed the Egyptian economy by organizing trade with Arab nations. As a queen, she was admired among the Egyptian people because she welcomed the Egyptian culture, and the country was flourishing during her reign.

Cleopatra is characterized as “a woman of surpassing beauty” by many historians, while some modern historians have described her as less than extraordinarily charming. Nevertheless, they have noted that her allure was blended with a seductive appearance.

It is said that this sensuous queen has sunbathed on the beach’s unique silver sands, followed by having swum in its lucid cyan waters. So the story goes that the Roman Marcus Antonios presented the queen the Sedre town for the foundation of the Egyptian navy.

The beach has obtained momentousness for the queen swimming here and falling in love with its sands. However, some local stories claim that the sand was brought there by ships from North Africa. Don’t you want to sunbathe on the warm sands where queen Cleopatra did?

This beach in the city center is one of the most visited attractions among tourists due to its silver sand, lucid water, appealing coast, and of course being one of the exceptional places around the world where you can swim in the city center, which is an unforgettable experience. The two-kilometer Cleopatra beach represents just the perfect blend of “waves, sand, and sunbeam.”

Millions of local and foreign tourists have enjoyed the pleasures this beach offers so far. The beach has also drawn interest for its rice-sized grains of sand that do not stick to the body and crystal blue waters. Locals developed various activities on the coast. Other beaches in the area started organizing after the organization of Cleopatra beach.

You should pay a fee to enter this beach, but sunbeds are free. There are some umbrellas to rent if you need one. You can take anything necessary for making most of their visit time. Towels and sandals are the most needed thing for visiting a beach.

You may need some oils and creams if you are interested in sunbathing or a proper swimsuit for sea-based activities. If you are on a trip with your soulmate, take the chance of having romantic strolls along the beachfront.

You do not need to worry if you forget to take something you need. The high-quality facilities, including sunbeds, cafes, restaurants, and water sports centers, make this beach one of the best beaches in all of Turkey. 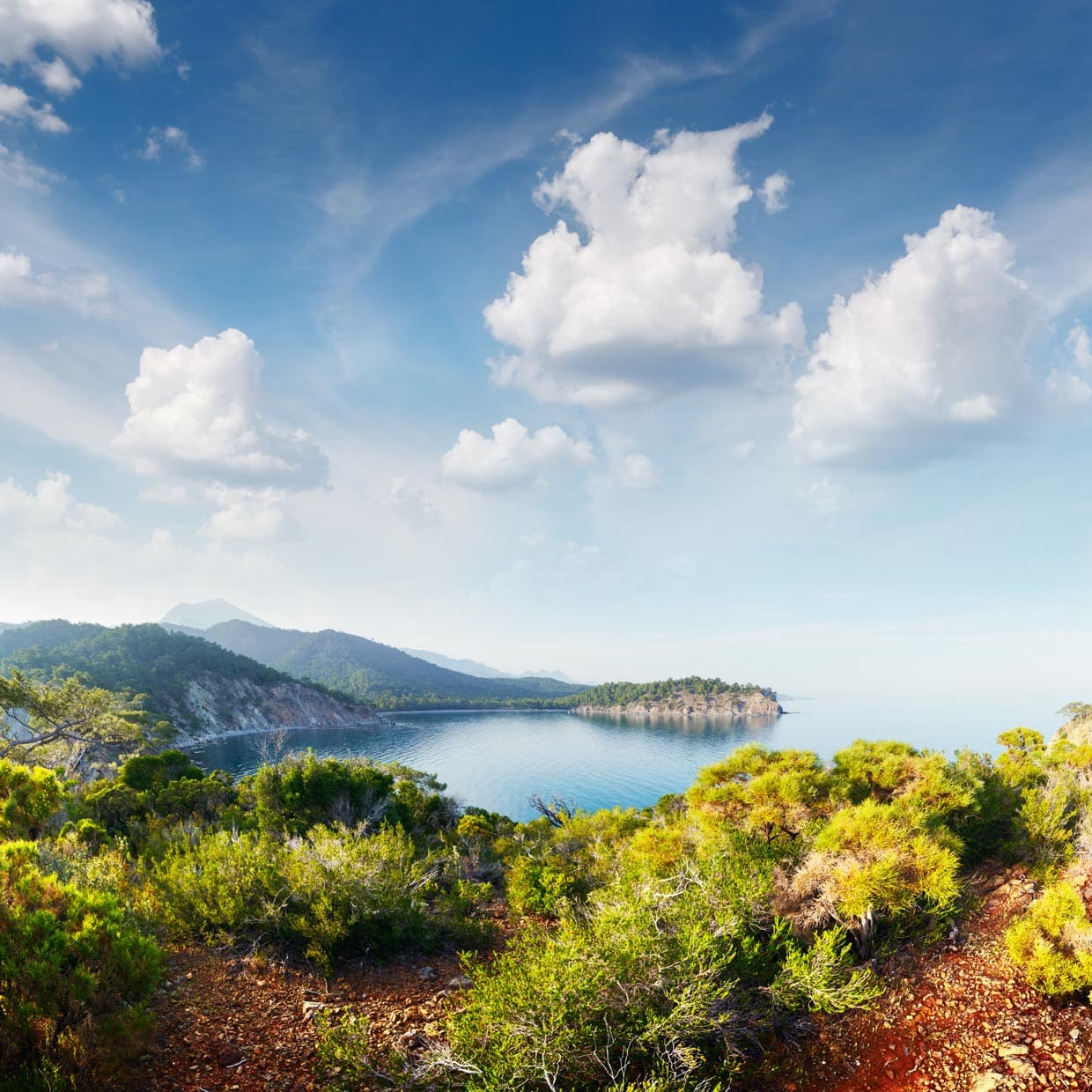 This beach is situated on the west side of the historical residence in the peninsula of Alanya, a region of Antalya in Turkey. Starting from the Damlatas Cave, the beach is approximately 2 km. Damlataş Cave is close to the entrance of the beach. Therefore you can navigate here by searching the location of this cave. It is because of this cave that this beach is commonly famed as Damlataş Beach.

If you want to drive to Cleopatra beach in a private or rented car, you must first navigate to Camlik Port from the Camli village. You should exit the main road when you see the Camli Village sign about the 12th km of Marmaris-Mugla Road. Then you have to drive about more than 6 km from the turn to reach the Camli Port. In the port, you can find the daily traveling boats to Sedir Island, where this beach is located. 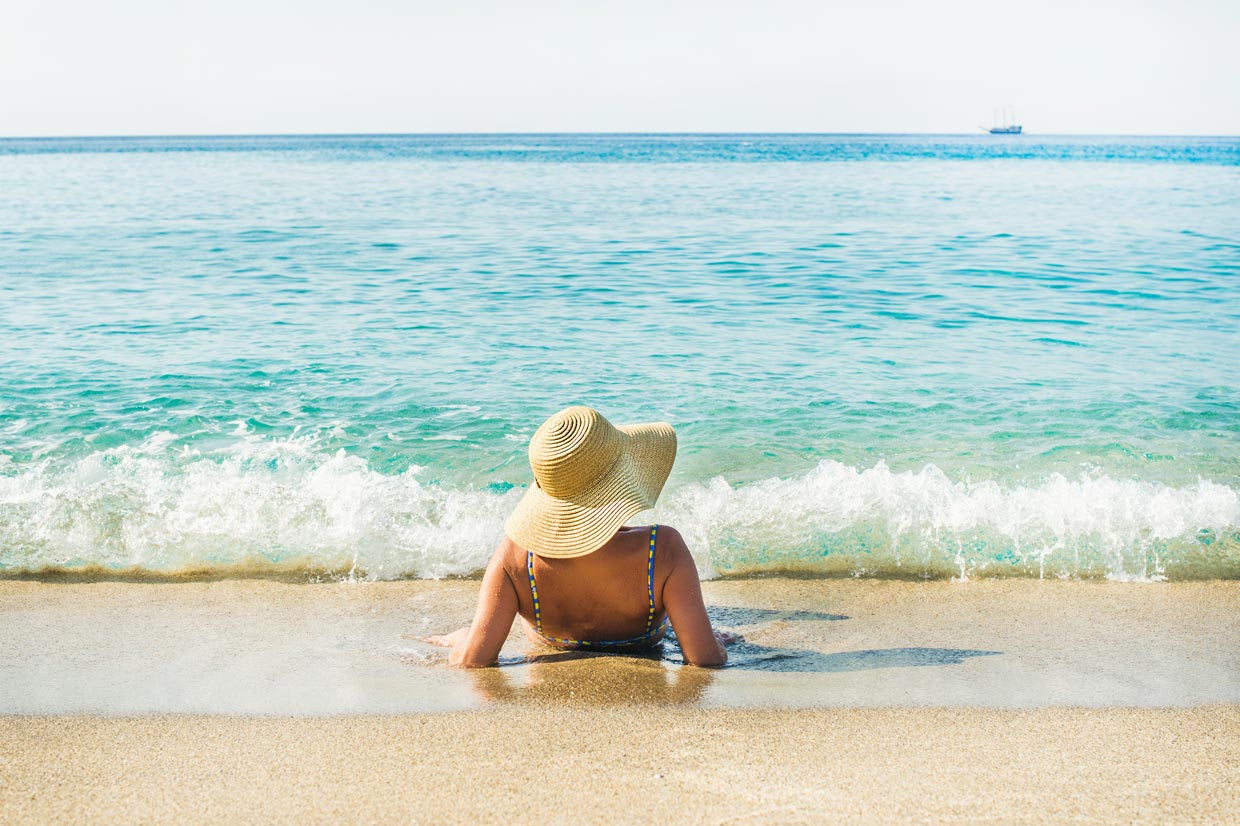 We highly recommend you not to leave Cleopatra beach without exploring other amusing cultural and natural treasures around. This beach is also essential because of its natural beauties and historical heritage, there are some places around with natural and cultural beauties also worth visiting. You can plan to arrange your visits to make most of your time while wandering around.

The Historical City of Sedir

Sedir Island is the site of a historical city with a similar name. The remains are found all around the island. You can visit the ruins of the city walls and the antique theatre. There are remnants of the rule of Romans on the east part of the island.

The Theatre area is well preserved. On the east side of the island, you can explore an Agora. As claimed in some epigraphs, sports festivals have been held in this agora for the honor of Apollon.

Nine kilometers away from the village Camli, there is an astonishing natural attraction known as Boncuk Cove. The cove is very admired. You can swim in its glassy and relaxing water. There is a provision on the shore for visitors’ comfort.

If you like swimming in a calm, quiet, and rocky area, you would love this place. The zone between Boncuk Cove and Karaburun district is a place for observing the Mediterranean sea for the sandbar sharks. You can join diving tours that are organized for observing wildlife, especially during May-June.

The cave is situated at the entrance of Cleopatra beach, also close to the entrance to the cable car. It is not difficult to find this cave, there are many signposts, and local people can show you the way if you ask them.

It is not recommended to spend more than 15 minutes in the cave as it has healing air. You do not even need more time because the cave is really small and can be visited quickly. The cave is very charming, a special light glows in the cave space, and the air is very pleasing. Stairs have handrails to help climbing them. 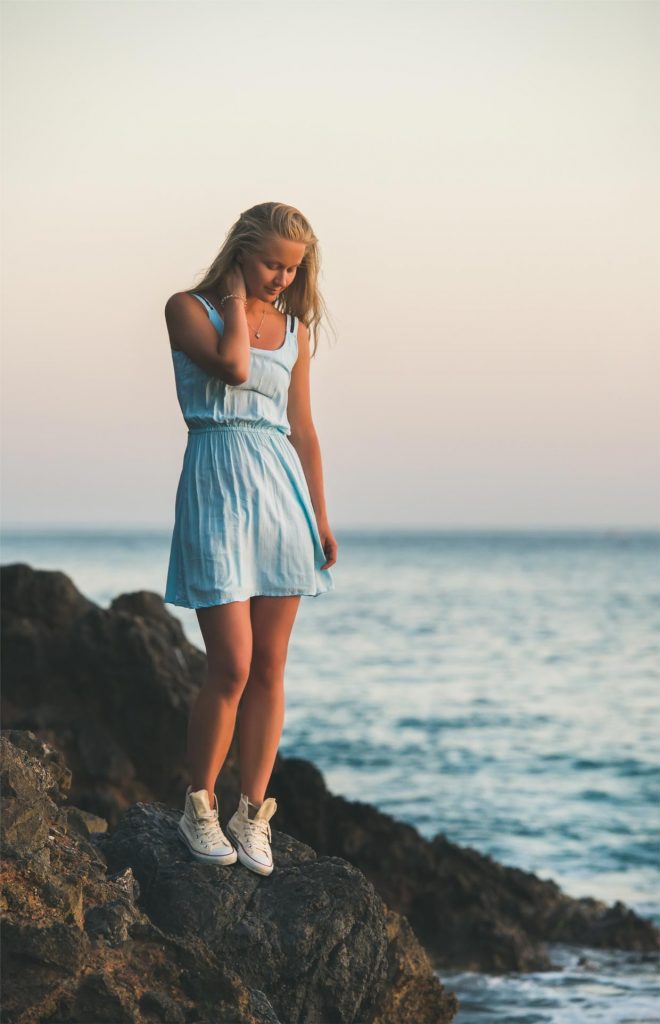 Beaches are usually popular to visit among people in the summer season. Cleopatra beach is no different from other beaches. In May, the weather starts to be pleasing for relaxation on the beach. If you want to avoid the scorching weather or crowds, you shall not plan your visit around midsummer. You can also visit the beach in the early morning to avoid heat stroke and crowds.

Bhutan Jomolhari Trek From Paro to Thimphu Via Lingzhi