Yunnan Stone Forest Geological Park is a UNESCO world heritage site, which offers a magnificent set of limestone formations covering an area of about 400 km2.

Stone Forest Geological Park, also referred to as the “Sword-shaped karst terrain”, is located 87 km away from Kunming city. The park covers a total area of about 400 Square km consisting of numerous scenic locations in addition to small and large forests. This park was referred to as the First Wonder of the World during the Ming Dynasty. (Video Credit: Milosh Kitchovitch)

The steep and strangely magnificent setting of the Stone Forest produces innumerable labyrinth vistas that all feature varying formations of stones. Human and animal figures can be seen in the park. There are varying styles with some being rugged, and others elegant. Nevertheless, every figure has its own unique characteristics while being lifelike.

Stone Forest has been said by geologists to be an archetypal illustration of karsts topography. Almost all Karst stone forest landforms found all over the world are present in the Stone Forest. It is said that this area was a large sea region about 270 million years ago (Palaeozoic Carboniferous period).

Years and years of movement by the lithosphere caused the gradual retreat of water; therefore, limestone landscapes increased. As a result of erosion caused by weather elements, this region formed today’s, Stone Forest. When viewed from a distance, the large high stone pillar groups (about 20 to 50 meters) appear to resemble a forest, which is why the area is called Stone Forest. 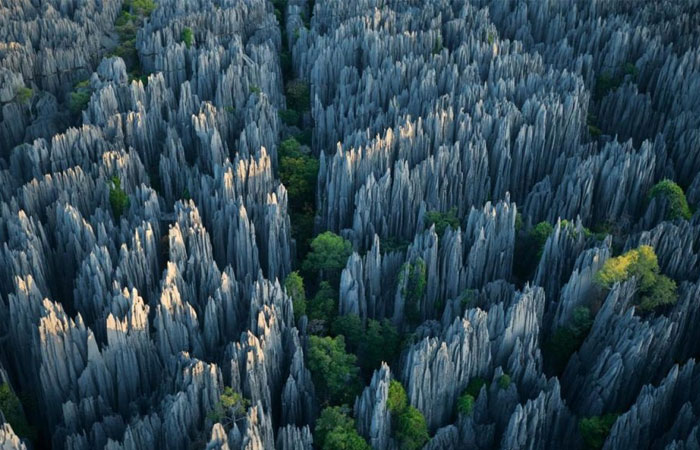 This park is a world natural heritage site as it not only holds the world’s oldest recorded karst landform evolution history but also has the widest dispersion area, which is complete with unique types of Palaeozoic karst landform clusters. The Stone Forest, as a large natural stone treasure trove, is a great place for people to visit, discover, and think freely.

Stone Forest has numerous scenic areas including the northwest Bushao Mountain as well as the small and large stone forests located in the center. Besides, 10,000-year-old Ganoderma Lucidum has located in the south, and 5 plum orchards with a total area of around 12 km in the east.

The newest developments of the park’s scenic spots are Bushao Mountain, the plum orchards, and the Ganoderma Lucidum. The scenic spots of the Stone Forest have an overall theme of remoteness, deep, risky yet serene. Once the scenic spots come into view, visitors will see stone mountain rocks and pillars in varying styles and formations.

The stone formations are different in the park and they paint a great picture, which has helped to entice visitors from all over the world every single day. It has been the source of inspiration for countless poets and writers all through time. It can be described as living and spiritual since the stones are breathtakingly life-like. Also, apart from animal-shaped stones, there are numerous plant stone forms such as mushrooms, bamboo shoots, etc. 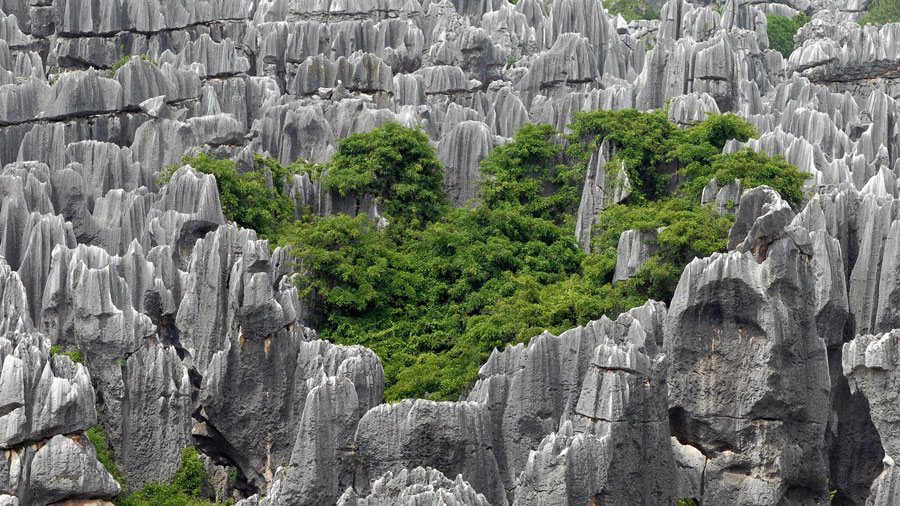 Apart from the natural wonder of the stones, visitors can get a glimpse of the culture and folk customs of the Stone Forest Scenic Area like Ashima, torch festival, and Mizhi festival.

The Torch Festival typically occurs annually on the 24th of June of the Chinese lunar calendar. This festival is a tradition of the Yi ethnic people in which, they celebrate the recent harvest. Everyone, regardless of sex and age, dresses up in holiday clothes to congregate at the wrestling pits for the day’s celebrations.

The narrative poem Ashima is a unique national icon of the Sani and Yi people. It is a poem that is both moving and beautiful. It has been translated into over 20 languages to help to spread its message across the world. The beautiful, ancient, and rich national culture and folk customs of the people in Stone Forest have made numerous reputations and acclaims. Here is the home of Song and Dance, Modern Folk painting of the township, and wrestling.

The Legend of Ashima

Stone Forest is renowned for its illustrative Ashima rock. The legend behind the character makes it even more enticing. Ashima was known to be a beautiful and kind-hearted girl from the Yi ethnic group. She fell in love with a brave but poor country boy, A-hei.

A day came when Ashima was abducted by a local tyrant that wanted her to marry his dumb son. A-hei bravely came to rescue her amidst numerous difficulties and they were able to escape. During their escape, however, A-hei was injured and while they crossed a river, the surging waters washed him away.

Ashima kept faith that A-hei would find her one day. With this, she waited by the river bank for years until she became a rock. As soon as the rock is sighted, it reminds people to keep faith in their love.

Visitors can head to Stone Forest by train or bus at the east bus station. They can also as a tour group or charter a private car. 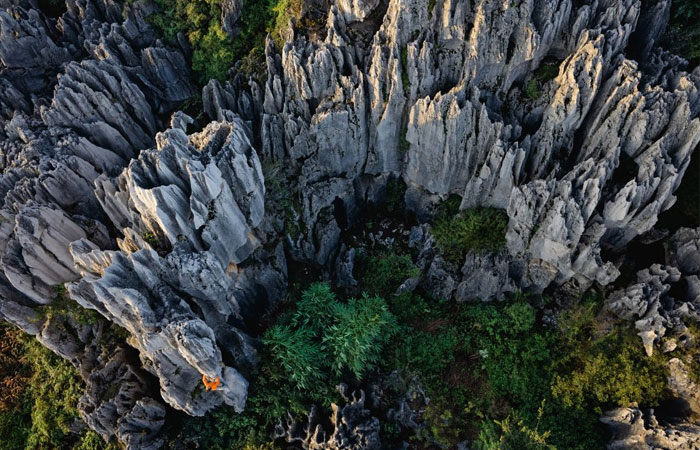 It should be mentioned that the opening hours of Stone Forest Park are between 07:00 to 18:00; therefore, try to be in the park early in the morning to make the most of it. Finally, If you have any more information to add, feel free to leave your comments and thoughts. Besides, if you have any questions about the attraction, you can use the comment section to send them and our professional guides will reply as soon as possible.