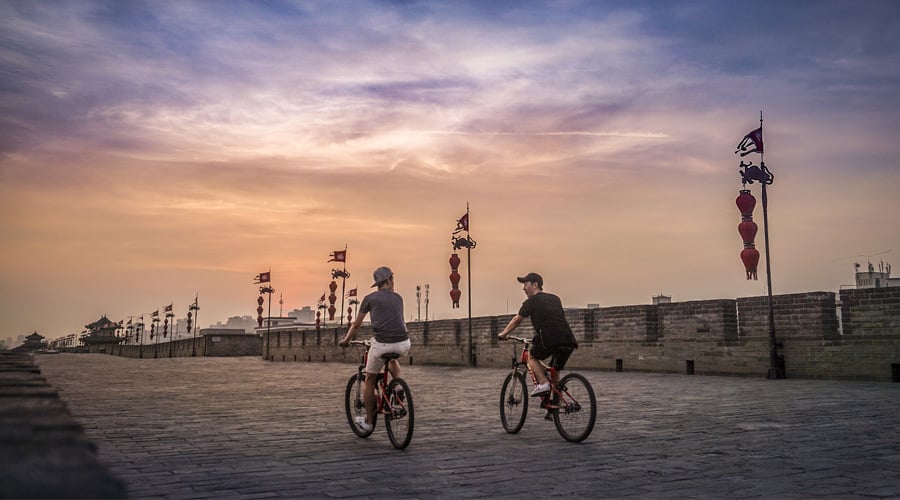 Xi'an City Wall, also known as the Fortification of Xi'an, is the most complete and the best-preserved ancient wall in China constructed in the 14th century,
December 4, 2022

When you enter Xi’an, the first landmark you will run into is the ancient Xi’an City Wall. These walls were built around the old town to surround it, as Xi’an has been the capital of China in several dynasties. Also, this city used to be the starting point of the famous Silk Road. The northern side of the Xi’an City Wall paralleled the city railway.

Xi’an City Wall is a colossal structure. If you see this giant wall up close, you will find yourself so small even if you are a tall person. Two main entrance gates to the city from the wall are the south and north gate. The new town has evolved along the old wall in an orderly way.

If you go on top of the wall, you have three options to have a look around. First, you can rent a bike and cycle. There are also electric cars available for tourists and their fee is based on the distance they take you.

The last and longest option is walking, which could be very beautiful, especially in the afternoon when it’s less crowded. However, if you are visiting in the summer, it’s better to go early in the morning or after sunset to avoid the heat. 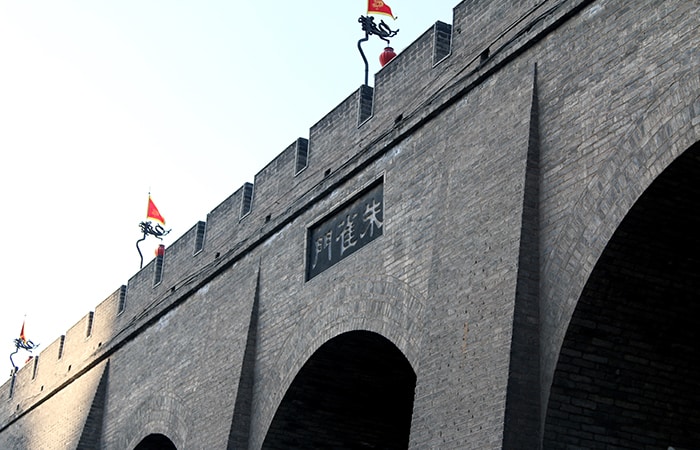 Why was Xi’an City Wall built?

Zhu Yuanzhang took the advice, and after unifying the whole country, he started a campaign to build large defensive walls around cities. The order was sent to local governors, and the walls were built. Zhu then made the cities in his empire fortified and impenetrable.

The Xi’an City Wall was not entirely constructed by the Ming Dynasty but enhanced by them an old Tang Dynasty structure.

The first version of Xi’an City Wall was made of soil, put layer by layer. The base layer of the wall consisted of soil, quick lime and glutinous rice extract all put together for a foundation that made the wall exceptionally strong and solid.

At a later time, the builders used bricks to make it better. After that, a moat was built around the city, which was both wide and deep. There used to be a massive drawbridge over the moat that was designed to cut the entrance to the town.

There is a rampart around every 393 feet (120 meters). These ramparts are towers that extend out from the main wall. They were built to allow soldiers to see if enemies were trying to climb the wall. The distance between the ramparts was calculated based on the range of arrows fired from either side, which allowed soldiers to protect every part of the wall without exposing themselves to the enemy. 98 ramparts were built, and each of them has a sentry building on top. 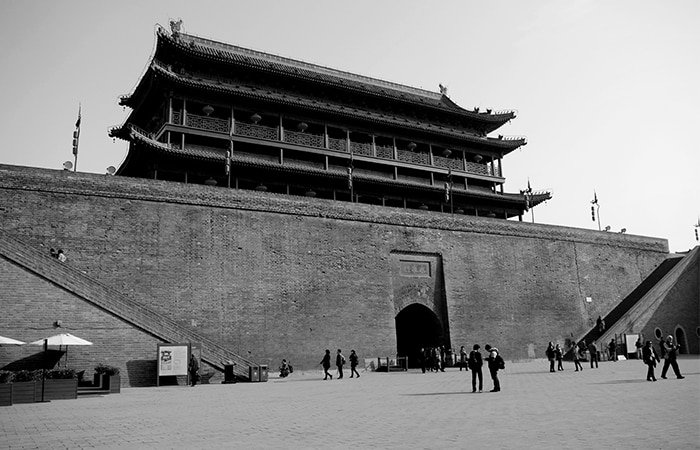 The Gates of Xi’an City Wall

If anyone planned to leave the city or get inside, the only way possible, was through the gates. So, from a strategic point of view, these gates were extremely important. Xi’an City Walls form a rectangle, and therefore it has four gates in the north, south, east, and west. Each side has three towers inside:

It’s the one in the middle and has thinner walls. Soldiers used rectangular windows of this tower to shoot arrows.

The innermost one has the entrance to the city.

Back then weapons were not strong enough to break through Xi’an City Wall, so the only chance intruders had to get inside the city was by attacking the gates. That is the reason for the structure of the gates of the wall.

Each of the four gates of the wall had a specific name:

Yongning gate in the south is the most beautifully decorated gate located close to the Bell Tower in the center of the city. Important greeting ceremonies organized by the Provincial Government usually used to be held in the south gate square.

The South Gate Square has been restored and formally opened to the public on September 6, 2014. It covers an area of around 7.9 acres (32,000 square meters). This square is U-shaped dividing into three parts, the main royal road, the secondary royal road, and the celebration square.

If you go below this square, you can find a large underground parking lot. There are also two museums and the archery tower of the South Gate open to the wall visitors.

The Gate Tower and The Main Tower are connected by an area called Wong Cheng where soldiers were stationed. It also had a sloped passage for horses that led to the top of the wall. The slow slope used to be ascending steps making it easy for war horses to ascend and descend. There are 11 horse passages around the city in total.

On every corner of the wall, there is a watchtower. Three of these watchtowers are square-shaped, but the one at the southwestern corner is round. The reason for this may lie in the model of the imperial city wall of the Tang Dynasty.

Each watchtower has a corner rampart which is more extensive and higher than ordinary ones. This indicates the strategic military importance of the corners of Xi’an City Wall during battle times.

You could find Crenellations or battlements Along the outer crest of the city wall. 5,984 of these battlements existed and beneath each of them, there is a square hole that functioned for keeping watch and also shooting arrows. The lower inner walls are parapets that were used to prevent soldiers from falling off the wall while traveling back and forth. 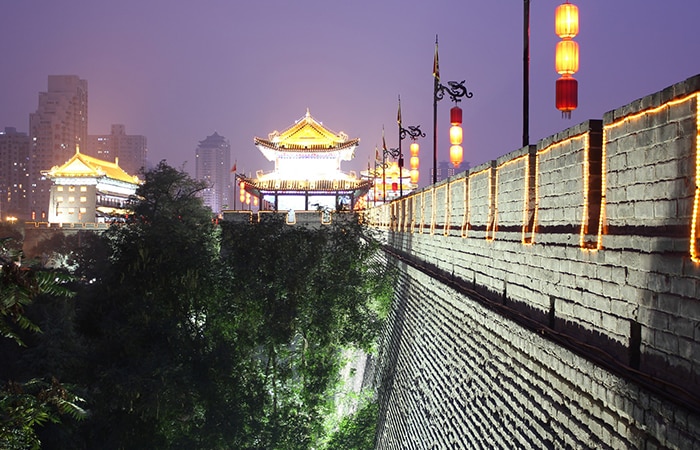 The weather in Xi’an is generally dry and UV is an important issue in summer. Therefore, never forget to drink a sufficient amount of water and use sunglasses as well as sunscreen. Also, if you have decided to walk along the wall, wear comfortable clothes. Do you have more information to share? Feel free to leave your comments and questions for us.