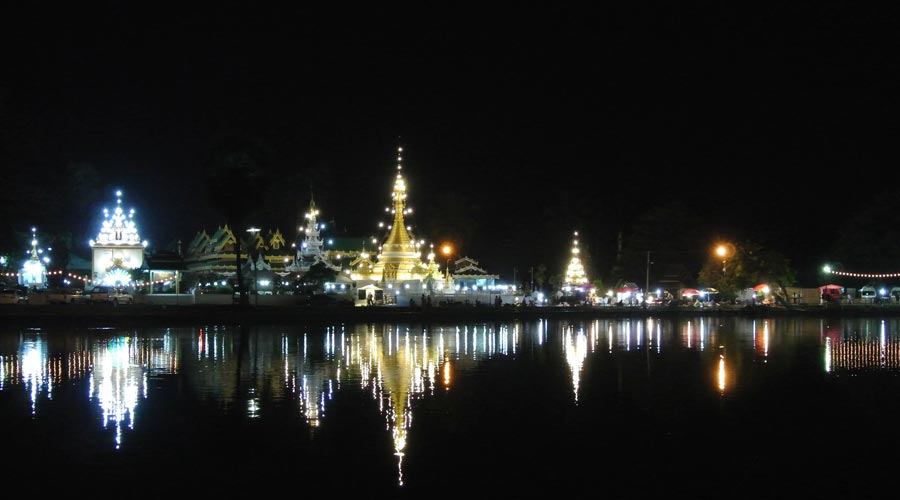 Wat Jong Kham and Wat Jong Klang are known as the most famous landmarks of Mae Hong Son in the northwest of Thailand built in 1827 and 1871, respectively.
December 19, 2022

If you have ever traveled to the city of Mae Hong Son in Thailand, then you already know that you should visit the temples inside and outside of the city. If you do not know about them, it is perhaps good to start with the Wat Jong Kham and Wat Jong Klang temples inside the city. (Photo by © James Antrobus via Flickr)

The two temples are part of the culture and religion of the Buddhist people in Mae Hong Son. Besides their importance to the people, they have unique architecture and design. Some may consider the two buildings as one temple or parts of a single complex, but they are separated and belong to two different periods.

The first of the two temples is called Wat Jong Kham, which was built in 1827 during the time of the first governor of Mae Hong Son. The construction was accomplished by the Thai Yai people in a beautiful and unique style called the Burmese Shan. The material used for the first temple is mostly wood with metal framing, which was unfortunately damaged due to a fire in 1970. The damages were repaired in an attempt to renovate the building to display it with the same style and looks as before.

The second temple is called Wat Jong Klang. The construction began in 1867 and it was over by 1871. The temple was built for the Burmese monks visiting Mae Hong Son for the funeral of one of their prominent abbots. There are also several important figurines and statues as well as an image of Buddha, most of which were brought by the monks over time. There is also a painting in Wat Jong Klang drawn on the glass narrating the Jataka tales that are about the previous lives of Buddha.

The two temples are built on the shores of Jong Kham Lake near the center of Mae Hong Son. The Wat Jong Kham temple is on the left side recognized for its fine woodwork and decorations. Inside this building, you can also see a famous and important piece of the building, which is a wooden throne. Jong Klang the one on the right side known mostly because of the white and gold design of the Chedi. Behind the Chedi, you can also find a Vihara, which houses the paintings drawn on the glass.

Since the temples are located near the center of the city, they can be found quite easily. In case you need some rest and refreshment, the area surrounding the lake is filled with shops, restaurants, and bars as well as hotels and places to rest.

The perfect time to visit is the early opening hours in the morning. This is because of the beautiful scenery of the lake and the areas around it during sunrise, as well as the image of the mountains covered in the morning fog. It is also recommended to visit the temples during the night when the decorative lights are lit as you can see the beautiful reflection of the two temples on the lake. 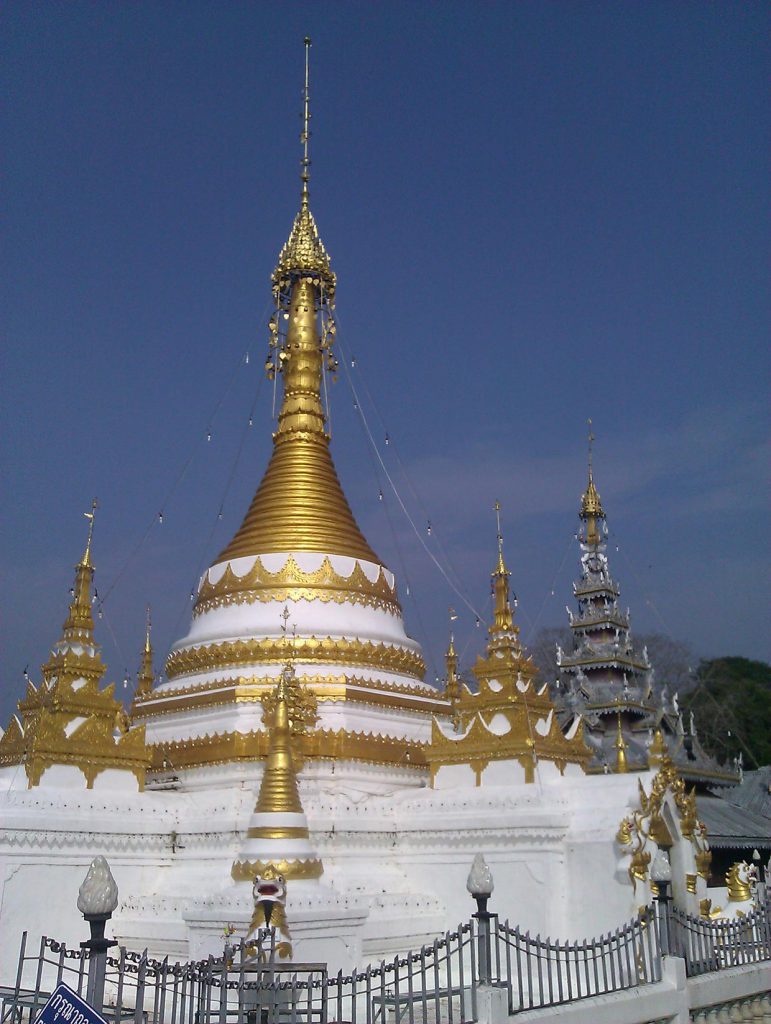 Other than the exterior design and decorations, there are beautiful woodcrafts and glass paintings as mentioned earlier. In addition to these items, you can see some writings in the Burmese language, left by the people who built the temples.

Behind the Chedi of the second temple, there is a Vihara that houses several alters as well as pulpits. These items were used by the monks during gatherings, in a similar fashion to giving sermons and prayings. If you look to the right from this direction, you can see the walls covered by the paintings. There is also a statue of Buddha in a museum-like room, behind the paintings.

As mentioned, whenever you wish to make your visit, there is no entrance fee, but at the same time, donations are always accepted. Besides, make sure to ask about the rules inside the temples since some behaviors and clothing are considered inappropriate. Finally, we will be grateful if you share your experiences and thoughts with us. Also, if you need more information, you can be in touch with our professional guides with the help of the comment section and they will reply to your questions as soon as possible.