Vietnam Museum of Ethnology in Hanoi

Vietnam Museum of Ethnology is a well-known museum in Hanoi focusing on the 54 officially recognized ethnic groups in the country and Southeast Asian cultures.

The Vietnam Museum of Ethnology is a building dedicated to the anthropological studies of the country displaying 54 ethnic groups of the country. The museum is a member of the Vietnam Academy of Social Sciences, which in turn, belongs to the academic institutes of government. This building has two areas to exhibit and display ethnic groups and provide detailed descriptions. (Photo By ©️ Raymond June via Flickr)

History and Architecture of Vietnam Museum of Ethnology

Realizing the importance of history, heritage, and cultural identity, it was decided that a Museum of Ethnology is a necessity in Vietnam in 1987. The constructions began in the same year, and researchers started gathering all they could about the ethnic groups and their specifications. The construction had finished in 1995 but it took two more years until 1997 to open the museum doors to the public.

Both the indoor area and the outdoor displays cover an area of about 44000 m2, which is all part of the same building. Some areas were added later on and after 1997; one of these areas was opened in 2013 with a focus on the cultures and ethnic groups of Southeast Asia.

The main building of the museum was designed by Ha Duc Linh in the shape of a Dong Son Drum and the interior architecture was the work of a French man called Véronique Dollfus. The later addition belonging to 2013 is also designed to resemble a kite shape.

Structure of the Vietnam Museum of Ethnology

The indoor area shows the everyday items and artifacts that were, and still are, used by the people as well as things of ritualistic and religious importance. You can see the way the different people of Vietnam dress, what kind of jewelry they use, and perhaps even learn a bit about how they live.

The details and the descriptions are simplified so that you can gain useful insights no matter what age you and your companions are or what level of education you have. You can learn and discover the simplest of things or look for more details and delve into the culture of an entire people.

While learning about the culture, you may want to go and visit the outdoor area as well. Several replicas of houses built by the people can be seen providing visitors with more information. The Vietnam Museum of Ethnology has over 15000 artifacts that also include images and other forms of media. 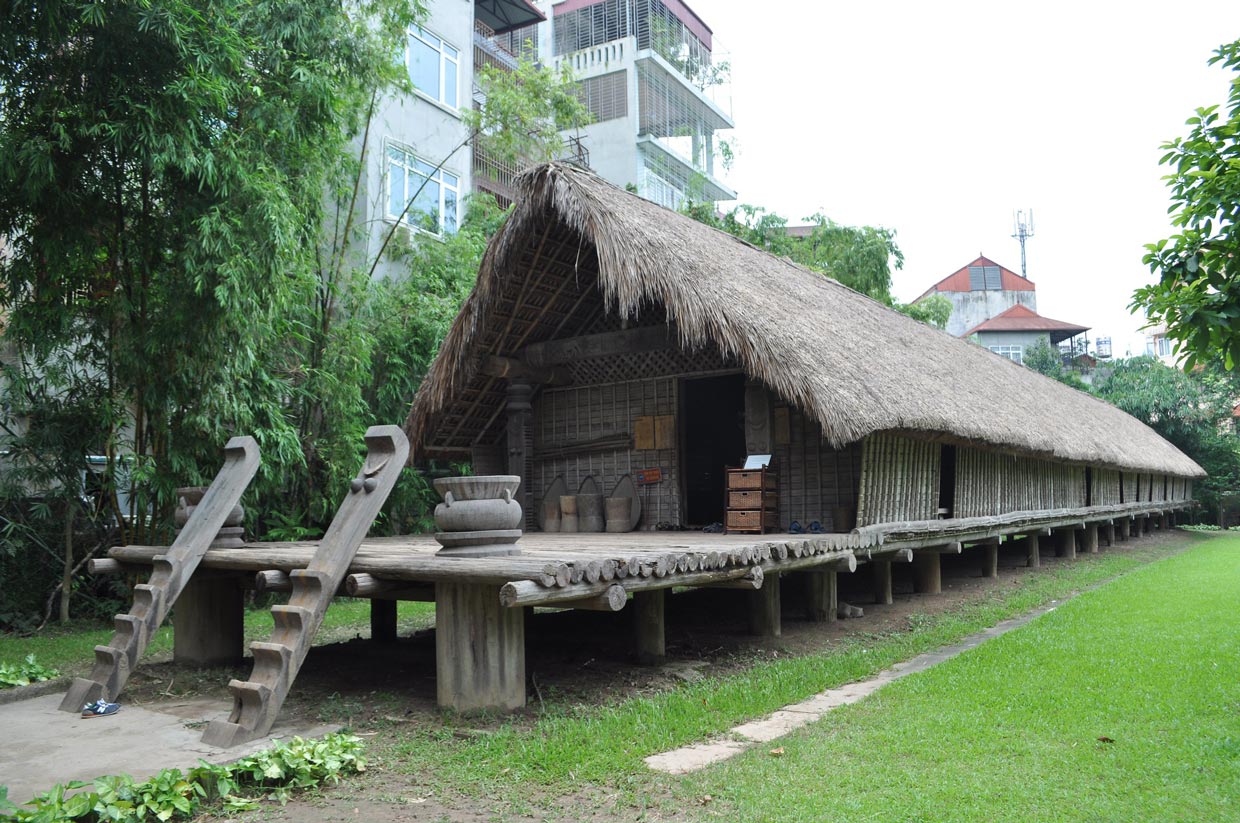 The culture and cultural identity of each people is unique in its own way. During your visit, you can see how these 54 ethnic groups can coexist having their own beliefs and lifestyles. From the moment of birth to the moment of death, with all the happy days in between, see just how they lived and continue to live. You can learn a lot about people by doing social studies and even looking at their past. A visit to a museum will help you do just that!

The museum building and halls can accept guests of all ages and even those with disabilities. There are ramps and elevators to provide easy access to the different sections of the interior and exterior exhibitions. The displays also have the English and French translations for both locals and tourists.

The best way to reach the museum

The museum is only 8 kilometers away from the center of Hanoi, and there are several methods of transportation to reach it, but the most recommendable transportation method is calling a taxi from your hotel. Alternatively, if you are not accompanied by a tour or a guide, and are not in your hotel building, you can hail a motorbike taxi, or look for the number 14 minibus in the Dinh Tien Hoang Street, or perhaps walk all the way.

There are online tours to some of the indoor areas of the Vietnam Museum of Ethnology that you might like to check before your actual visit. They are not as comprehensive as the actual visit, but they may give you a general idea about the museum.

14-Day Trip – Exploring and Experiencing the Pearl of Africa Uganda