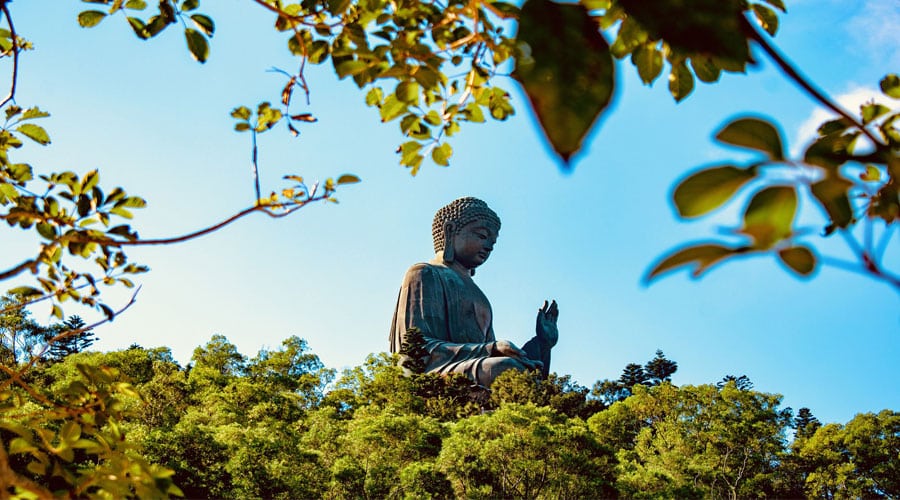 Tian Tan Buddha, also known as Hong Kong Big Buddha, is a colossal bronze statue of Buddha Shakyamuni. This enormous figure is not old at all and in fact, it is completed in 1993. Tian Tan Buddha is situated at Ngong Ping, the western part of Lantau Island, Hong Kong.

Hong Kong Big Buddha symbolizes the harmonious relationship between faith and people as well as nature and man. Near the Tian Tan Buddha, you can also find the Po Lin Monastery.

The base design for this statue is modeled after the Temple of Heaven in Beijing. Tian Tan Buddha is among the five giant Buddha statues in China. It is on top of a three-platform altar enthroning a lotus.

Tian Tan Buddha has a height of 34 meters (112 feet), and a weight of over 250 metric tons (280 short tons). It was constructed out of 202 bronze pieces. Besides the exterior components, there is also a sturdy steel framework inside the structure to handle the heavy load efficiently.

This figure is visible from across the bay and as far away as Macau. To Visit the Buddha closely, you will need to climb 268 steps. There is also a small winding road on the site for better accommodation of the disabled.

Each hand of the Buddha represents something. The left hand is resting openly on his lap, which represents a gesture of generosity. Besides, the right hand is a representation of the removal of affliction. He is facing the north, which is different from other great Buddha statues, as they mostly face the south. 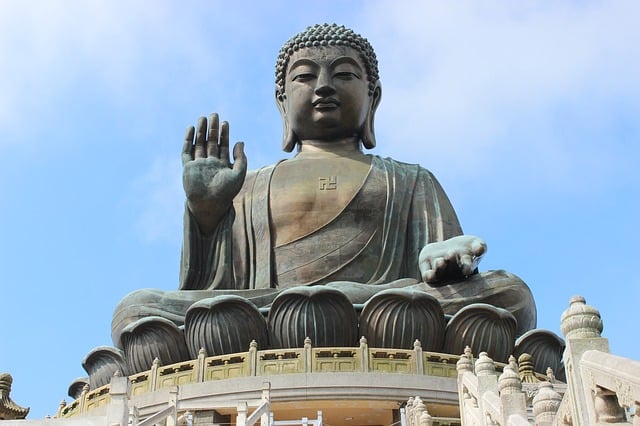 There are three floors underneath this statue which are the halls of the Universe, Remembrance, and Benevolent Merit. One of the most famous exhibits inside here is a relic of Gautama Buddha. This exhibit includes some of the cremated remains of the Gautama Buddha.

There is also an enormous carved bell in the showroom. It has images of Buddhas inscribed on it and it was designed to ring every seven minutes, which would be 108 times a day. It was designed this way to symbolize the release of 108 kinds of human nuisances.

The Offering of the Six Devas

Hong Kong Big Buddha has six smaller bronze statues surrounding it. They are called The Offering of the Six Devas, and they have poses of offering incense, flowers, lamp, fruit, music, and ointment to the Buddha. These devas are the symbols of the Six Perfections of wisdom, zeal, patience, morality, meditation, and generosity, which are all the means to reach enlightenment. 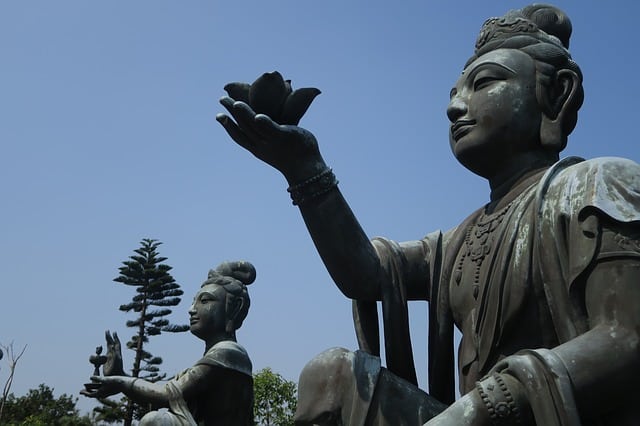 The construction of Tian Tan Buddha started in 1990, and after more than 3 years, it finished in 1993. This is considered to be the time that Buddha achieved enlightenment. In the ceremony held after the statute was completed, many monks from around the globe were among the guests. There were many attendees from Hong Kong, mainland China, Taiwan, India, Korea, Japan, Malaysia, Thailand, Sri Lanka, Singapore, and the United States. 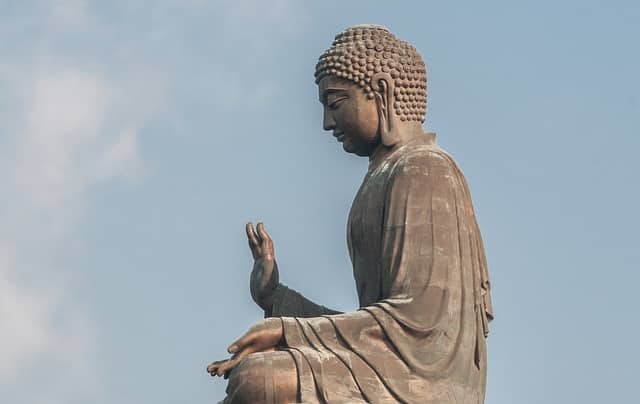 As a tip, set aside 4-5 hours for visiting the Tian Tan Buddha in Hong Kong to make most of it. Do you have any more information about this statue? Leave your comments and thoughts for us! Also if you have any questions about the site, feel free to send it to us and our professional experts will reply as soon as possible.