Guangzhou is a prosperous city, and its Pearl River is not just a representative of natural wonder bust also it displays a modern urban view which increases the beauty of the area. There are not many views like this available worldwide, and if you are in Guangzhou, this would be a must-see for you.

The Pearl River, also known as the Canton River (Zhujiang in Chinese), is an extensive river system in southern China and ranks the third-longest river in the country. This river flows mostly through southern China, and some parts of it are located in the northern areas of Vietnam. Here is the list of what we’ll read about Guangzhou Pearl River in this article:

How large is the Pearl River?

Why is it called Pearl River?

When the people hear the name Pearl River, Guangzhou City name would instantly come to their mind. Pearl River used to be called The Pearl Sea in the olden days. This name was due to its vast channel width which reached 2,000 meters (around 2,187 yards). During the time, this width of this channel started to gradually shrink until today that it has significantly changed and became only 180 meters (about 197 yards).

There is also another theory for the river’s name. It is said that the name Pearl River is derived from a large rock, located on the river bed. This huge boulder is called Sea Pearl due to its smooth and round surface, which resembles a shining and large pearl.

Added to wishlistRemoved from wishlist -1
Add to compare

Guangzhou has experienced many modern developments, and today there are ten functional bridges over this beautiful river. As you can walk along the banks of Pearl River in Guangzhou, you will see high-rise buildings like star-grade hotels and a large number of modern shopping malls. 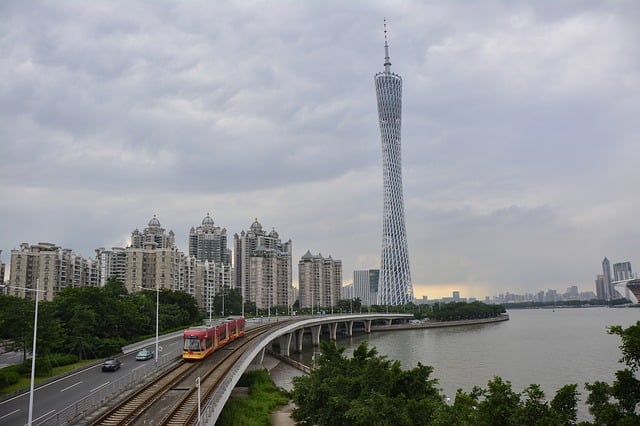 If you enjoy walking in beautiful water scenes, then the Scenery Corridor located alongside the Pearl River is where you need to go, especially during the day. This corridor has a length of around 23 kilometers (14 miles) which functions as a dike to better appreciate the scenery of the river in the city. Besides, you have the chance to visit Guangzhou’s artistic and historic buildings.

Some of the artistic and historic buildings of this area such as the Huangpu Military Academy (China’s first military academy), Tianzi Dock (used hundreds of years ago for greeting officials), the Xinghai Concert Hall (a great place to see elegant but unusual appearances), and the Historic Site in Shamian (which has hundreds of buildings in various architectural styles inside) are remarkable.

When nighttime comes, you will encounter a whole different exciting scenery. The night scene of Pearl River in Guangzhou is magnificent, and its beauty is considered to be equal with Hong Kong’s Victoria Harbor. At nights, when the city nightlife begins, both banks of Pearl River would be blazed by lights.

You can also enjoy cool breezes at nights while enjoying the full of colors night view. The lights on the bridges resembling fantastic rainbows arching over the river is another highlight that would capture your attention. All these lights have positive effects on the surface of the Pearl River as well, especially when you can witness beautiful reflections on the water.

The river acts as a ribbon that links the beautiful scenery and historical sites along the way while showing you both Guangzhou City historical legacy and modern culture.

In Guangzhou, you can take cruise ships to enjoy the beauty available on different levels. The following are the wharf Pearl River cruise ships where you can find one and take in the beauty of the river.

Get on metro Line 6 to Cultural Park Station and walk for 5 minutes toward the southeast. 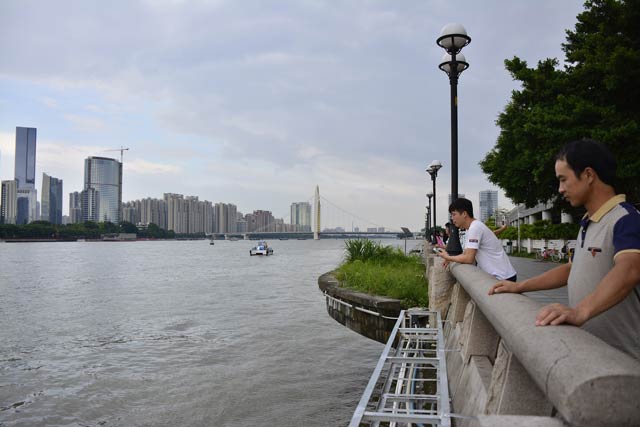 Take Metro Line 2 or 6, leave at Haizhu Square Station and use Exit A.

Get on Metro Line 1 to Fangcun Station and walk 10 minutes toward the northeast.

Get on Metro Line 6 to Donghu Station and walk 10 minutes toward the south.

As mentioned, the pearl river is very famous in China, especially its Guangzhou section. Have you ever been to Guangzhou before? how was your experience? don’t forget to share your experiences and thoughts with us in the comment section

8 Hours
Private Tour
NOT included
Added to wishlistRemoved from wishlist 0
Add to compare
From: $155.00