The Bund of Shanghai

The Bund, also known as the Waitan, is a stunning waterfront promenade and the symbol of the city located in central Shanghai on the banks of the Huangpu River.

The Bund or Waitan, literally translated as the Outer Beach, is the waterfront boulevard bordering Huangpu River in central Shanghai. The Bund testifies its colonial past displaying a mixture of European architectures contrasting modernity with the high buildings of glass. The Bund is the incontestable symbol of Shanghai offering a grand view of the new Pudong Financial District.

The Bund is an Anglo-Indian term meaning “quay on the muddy shore” due to the collapse of the shore that caused large mudslides in 1920. Formerly located on the direct flank of the Huangpu River, The Bund is now separated from the river by an embankment of 770 meters long.

It was after the Opium Wars and the opening of the ports to the West that the Bund became an emblematic place of exchange for foreigners. The boats arrived there and people sold or bought the goods on the Bund.

The Bund is the central place for the economic and financial development of Shanghai, which is considered as the stock market of the city. The main banks and international companies were built here. They still enthrone on the avenue with their architecture ranging from Gothic, Romanesque, Baroque, or neo-classical style to Renaissance style. 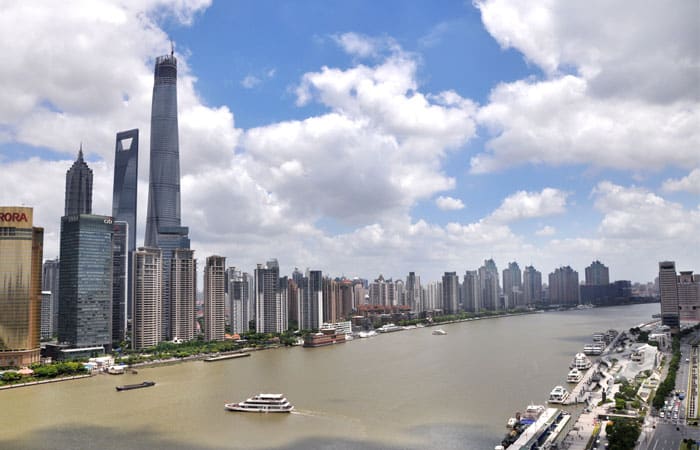 The Bund At Dusk

At dusk, the Waitan is particularly attractive. It invites you to stroll while looking at the contrast of colonial and modern buildings of Pudong on the opposite bank.

During your walk in the district of the Bund, you will see all the sculptures of epochs representing the light, the sail, and the wind. A short stop at Chen Yi Square will allow you to take a photo of the statue of Chen Yi, Shanghai’s first communist mayor, before heading to the unique tunnel under the river.

The Waitan in The Morning

In the morning, before the awakening of the city, the ride on the Bund is very pleasant. You can enjoy the tranquility of the morning. You will also meet Chinese people doing Tai Chi, dance, or other sports. This is one of the best times for photography here.

The best locations for taking a panoramic view

The best locations for taking a panoramic view of the Bund are the promenade, Waibaidu Bridge, the Monument to the People’s Heroes in Huangpu Park, and the Oriental Pearl TV Tower. In these locations, you can take some really beautiful photos.

At the photography point of the Bund scenic area, there is an eco-friendly mobile charging system with solar photovoltaic power generation. It can provide a mobile phone emergency charging service for visitors.

At night, when the lights of buildings and towers are turned on, the bund displays its most fantastic view. Taking a Huangpu River cruise at night would be fantastic.

The Waitan is the promenade of excellence. It will allow you to understand the history of the city. It also gives you a glimpse of the importance of the economic and tourist development of the city. 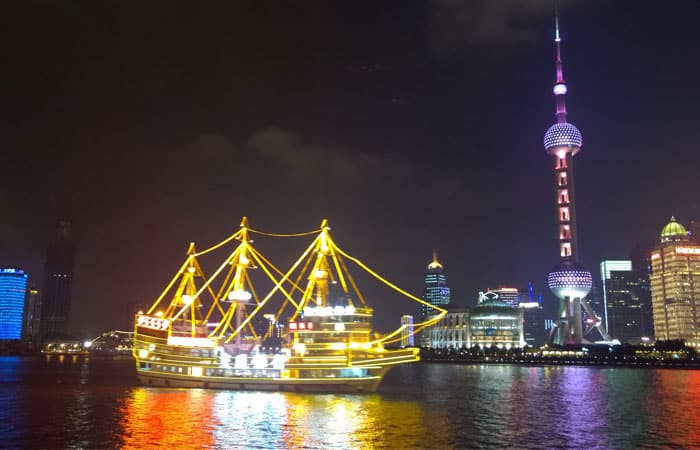 The tourist tunnel connects the Waitan to Puxi from the Oriental Pearl Tower of Pudong District. The tunnel crosses the river on 646.7 meters long.

How to get there? 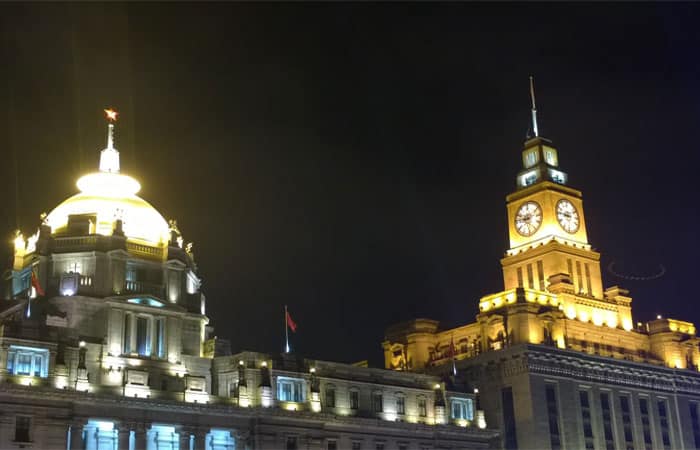 The best time for visiting the Waitan is around 8:00 pm in early spring and early summer when the lights are on and there is a cool riverside breeze. Have you ever visited the Bund? If you have any more information to share, feel free to leave your comments for us. Also, if you have any questions about Shanghai, send them from the comment section and our professional guides will reply as soon as possible.

In This Article
History
Panorama of the Waitan
The Bund At Dusk
Sculpture of Chen Yi
The Waitan in The Morning
The best locations for taking a panoramic view
Huangpu River Cruise at Night
The Bund Sightseeing Tunnel
How to get there?