This temple is one of the holiest temples in the whole city for Buddhists. According to the religious leaders of this religion, centuries ago, a lotus plant was planted in this place by the Buddha himself. But the size of this temple is not only for the followers of Buddhism. Hindus also consider this temple very sacred.

Many people still come to this temple every day to worship and pray. When you go to this temple and look at the scenery from inside, you can see the glory of the city and its natural beauty. But before you get inside the temple, you have to climb about 360 steps. But rest assured, it is worth it! If you cannot climb these stairs, do not worry, because there is a special path next to Swayambhunath that takes you to the destination on a motorbike.

Added to wishlistRemoved from wishlist 0
Add to compare
From: $625.00

Another way to name Swayambhunath is to call it Monkey Temple. The reason is that cute monkeys live around this temple. The monkeys around Swayambhunath are considered sacred; according to ancient legend, Manjushri, one of the famous monks of the past who discovered the place, contracted lice. It is said that these lice transformed into today’s monkeys. That is why they are considered sacred.

According to ancient writings, the glory of Kathmandu dates back to the time when Swayambhunath was built. Swayambhunath is said to have been built before the 5th century AD and was built by the great-grandfather of King Manadeva.

Since Swayambhunath is a very old place, it is known that it erodes over time. For this reason, this stupa has been rebuilt several times throughout history. Its most recent complete renovation took place in 2010, giving Swayambhunath glory again. The architects who did the restoration work gilded the place, which multiplied its splendor. However, this place was damaged again due to the earthquake that occurred in 2015 in Nepal. 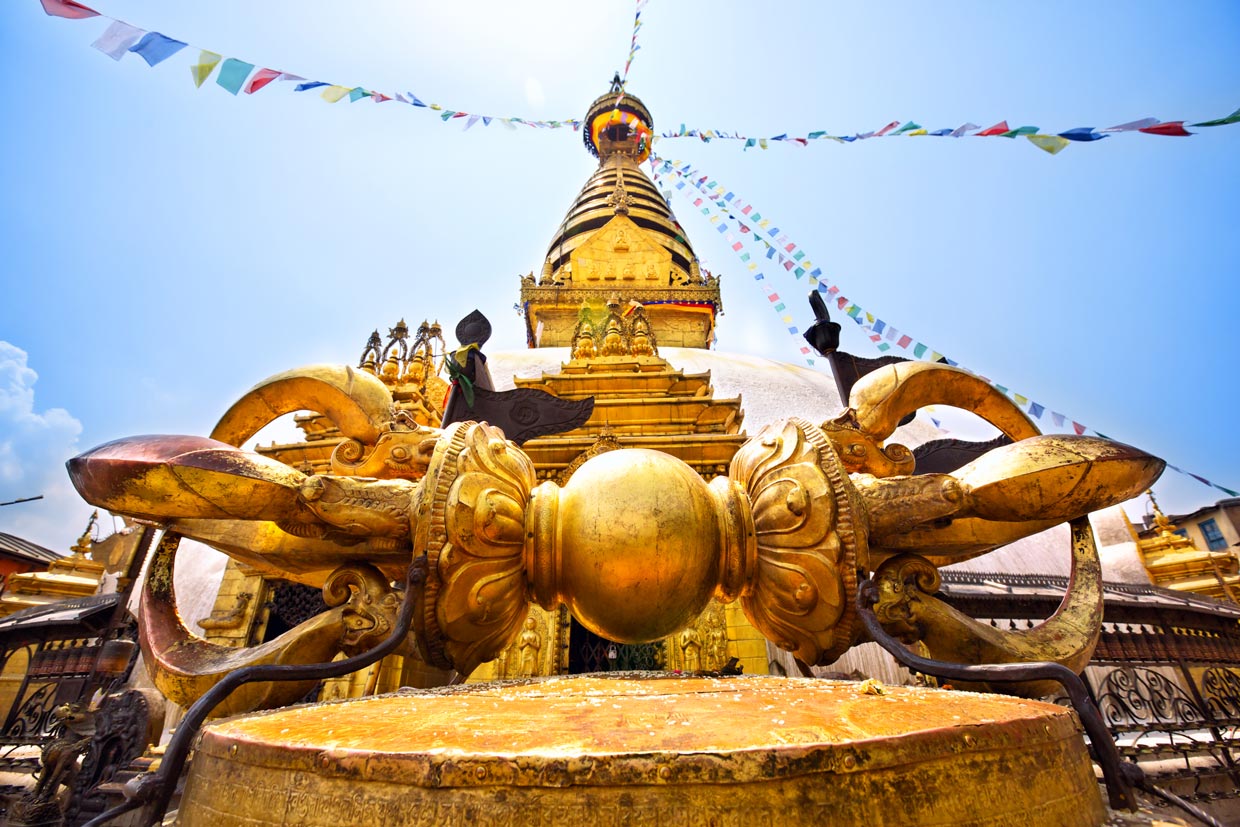 What Is Swayambhunath Known for? 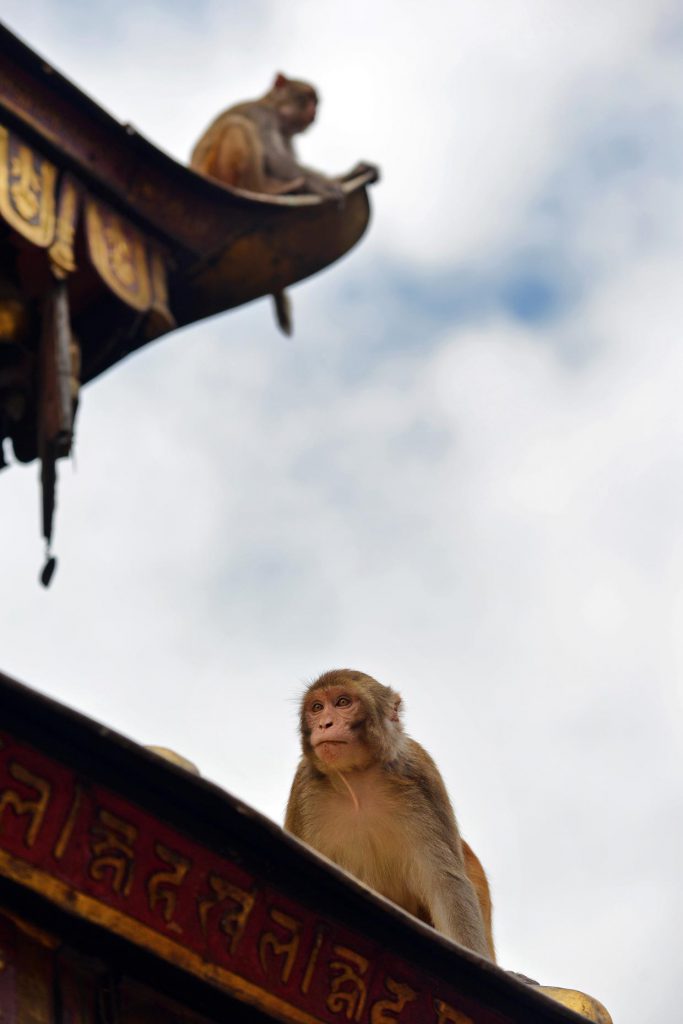 What Does the Word Swayambhunath Mean?

Swayambhunath, written in Sanskrit as स्वयम्भू‏ , Means self-manifested. This word refers to the image of God in nature in the sense of mystics.

A Famous City in Ancient Days

Swayambhunath has historically been known as स्वयम्भू स्तूप and Swayambhu.

It is said that Manjushri, one of the famous monks of the past, saw Swayambhunath for the first time. Not in the way it is today, but he was meditating on a mountain in front of Swayambhunath when his eyes fell on Swayambhunath and the light that was coming from there. He then went to this place and tried very hard to open the way for the water that had flooded Swayambhunath to come out. Eventually, after the water drained, the hill appeared in its present form. 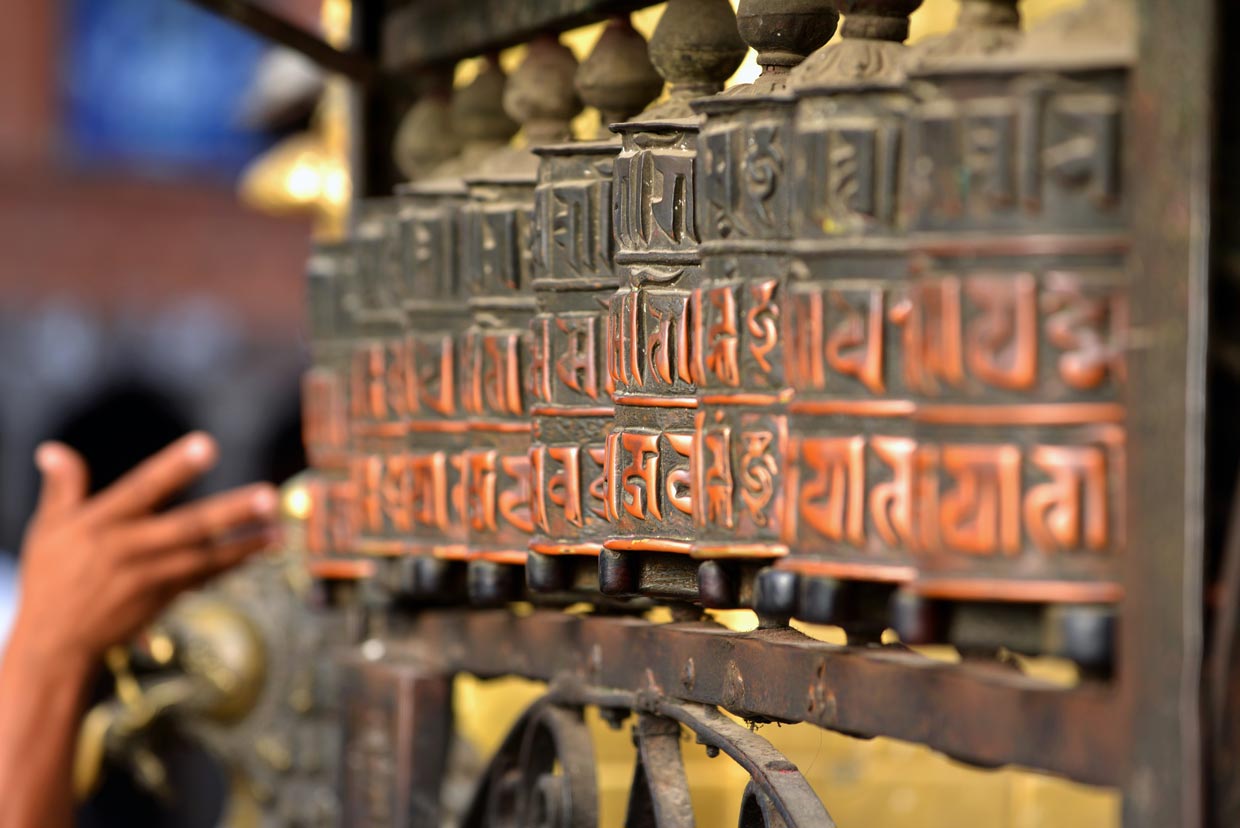 You must purchase a ticket to enter Swayambhunath. The ticket price is NPR 200 per person, which is about USD 1.5.

If you are in Thamel, the famous tourist area of ​​Kathmandu, you can walk for about 1 hour to Swayambhunath. However, you can also take a taxi that will take you to your destination in about 10 minutes. However, the cost of a taxi is a bit high. 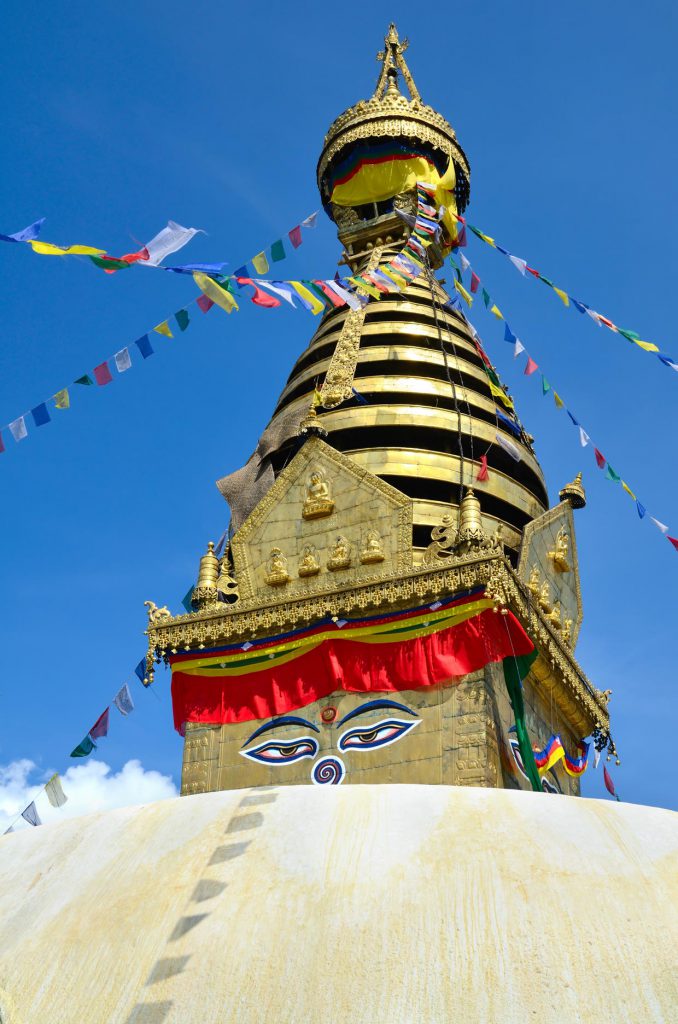 Swayambhunath is full of various temples and museums that display beautiful paintings with various themes such as gods. After visiting Swayambhunath, you can go to the beautiful buildings around and see them.

One of the most famous and interesting temples near Swayambhunath is Shantipur Temple. Shantipur means a place of peace. According to historians, in this temple, many great monks meditated and gained many powers in this temple. One of the interesting things that multiply the beauty of this temple is its murals, which are said to date back to before 1650. These paintings describe the events that took place in the temple.

Other important temples around Swayambhunath include the Shiva Jyotir Linga temple of Pashupatinath and the Dakshinkali, all of which are important Buddhist temples.

Another famous temple near Swayambhunath is the Harati Temple. Harati is the goddess of children. Suppose you are interested in knowing more and more detailed information about Kathmandu temples. In that case, you can refer to the famous books written by famous authors such as Majupuria in this field. Also, the book Swayambhu Purana or पूराण पूराण, which is one of the Buddhist holy books, fully explains the process of making Swayambhunath. You can read this book as well.