Surely Sugarloaf mountain is one of the most beautiful peaks in the world. Some people even consider it more beautiful than Mount Everest. The construction of various entertainment venues and the presence of various restaurants and cafes that serve local food with international cuisine have made this peak one of the best entertainment places in Rio de Janeiro.

Sugarloaf mountain is one of the UNESCO World Heritage Sites located in Rio de Janeiro and is considered a symbol of this city. This mountain, which is 394 meters high, is not isolated and connects to the city via a narrow road. Many tourists travel to Brazil every year to visit Sugar Loaf Mountain, as it is one of the most visited sites in Brazil.

Since the mountain was formed about 600 million years ago, it plays an essential role in the history of Brazil and the city of Rio de Janeiro. The city was a kind of defensive barrier that protected the city from the onslaught of enemies. As a result, any government that came to power used this mountain to its advantage. In the past, this mountain had no tourist attraction at all. In recent decades, with the development of the tourism industry, Sugarloaf mountain has become one of the most popular tourist destinations in the world.

The 396-meter peak, also known as the Pão de Açúcar, was named in the 16th century. But at that time, its name was not registered. Finally, in the 19th this mountain was recognized as Sugarloaf mountain around the world.

What Is the Reason for Naming it Sugarloaf?

In the 16th century, the sugarcane trade was very prosperous in Brazil, and it was from this time that sugarcane was transported to various European countries. To transfer the sugars into the sugarcane, the sugarcane juice was boiled and dried in conical molds, and finally, conical sugars were obtained. Because these sugars were so similar to this mountain, they named it Sugar Loaf.

One of the ways you can get to the top of this mountain is by using a cable car. To reach the highest point of Sugarloaf mountain, you need to change your cable car twice. Your journey will take about 45 minutes in total.

The higher you go in the cable car, the more amazing the scenery will be. As you approach the final minutes of your second cable car ride, you can see the city of Rio de Janeiro under your feet. The views you will see on this short trip will be one of the most memorable in your mind. So do not forget the camera! 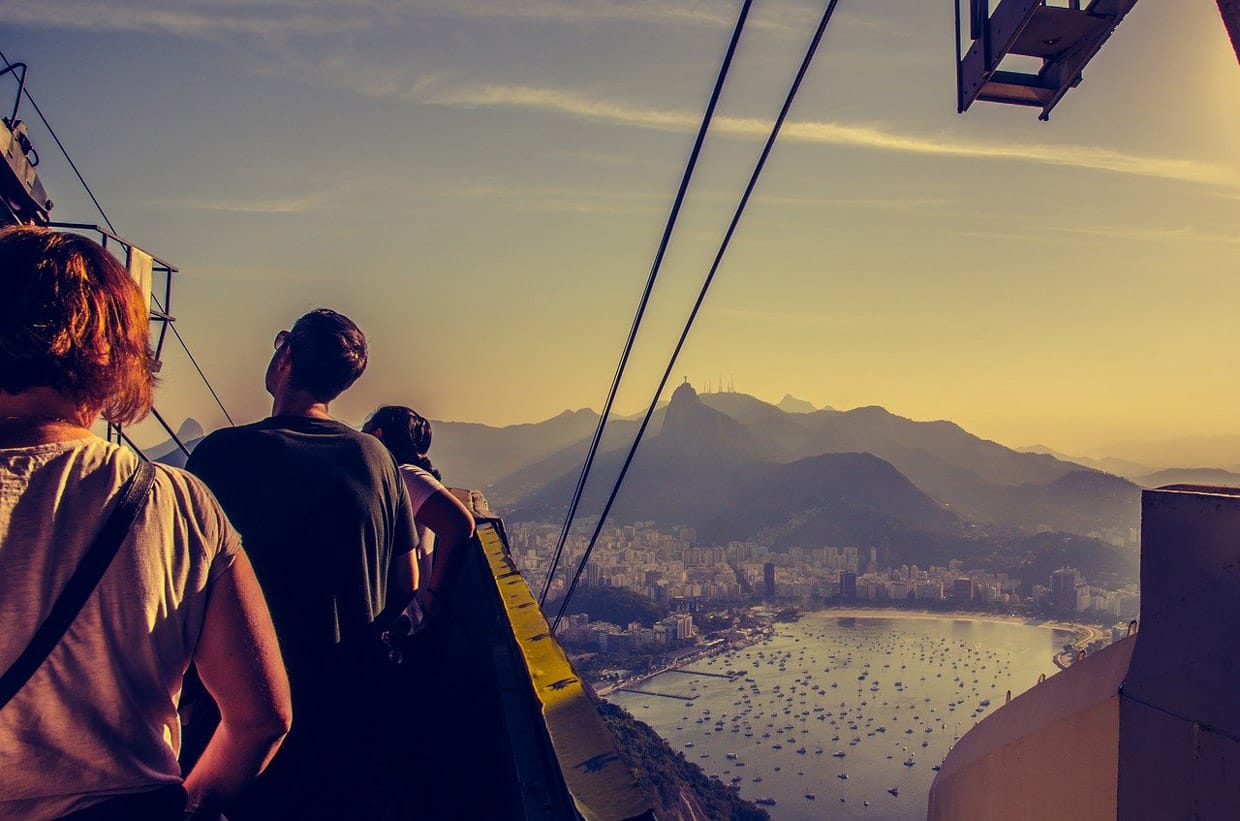 The nature around Sugarloaf mountain is tropical vegetation. Since the rainfall in this area is almost high, a lot of rainforests have formed around this mountain. However, the amount of green space you see in this area today is much less than the original amount. The reason is that many of the woods in this area have been destroyed and ruined due to the creation of more settlements or farms.

The pine trees surrounding this mountain give it a spectacular view from a distance and make Sugarloaf mountain one of Brazil’s most beautiful tourist attractions.

Since this mountain has many rocks and its slope is relatively high, it is more suitable for rock and roll people. However, Sugarloaf mountain is one of the largest and most popular mountaineering places among professional climbers. As the climate of this region is warm, winter is the best time for mountaineering. In addition, the amount of rain decreases during this time. However, the climate in this region is changing rapidly. For this reason, it is better to check the weather forecast before climbing.

However, if you are not a professional climber, but you like to use a route other than cable cars, you can also walk on this mountain. But we must warn you that you are not going to have an easy path ahead. The trail starts from the ocean shore. Before you take your first steps, take a look at the top of your head and see the majesty of Sugar Loaf Mountain, which stands out in the sun. Your walk will probably take 1 hour. 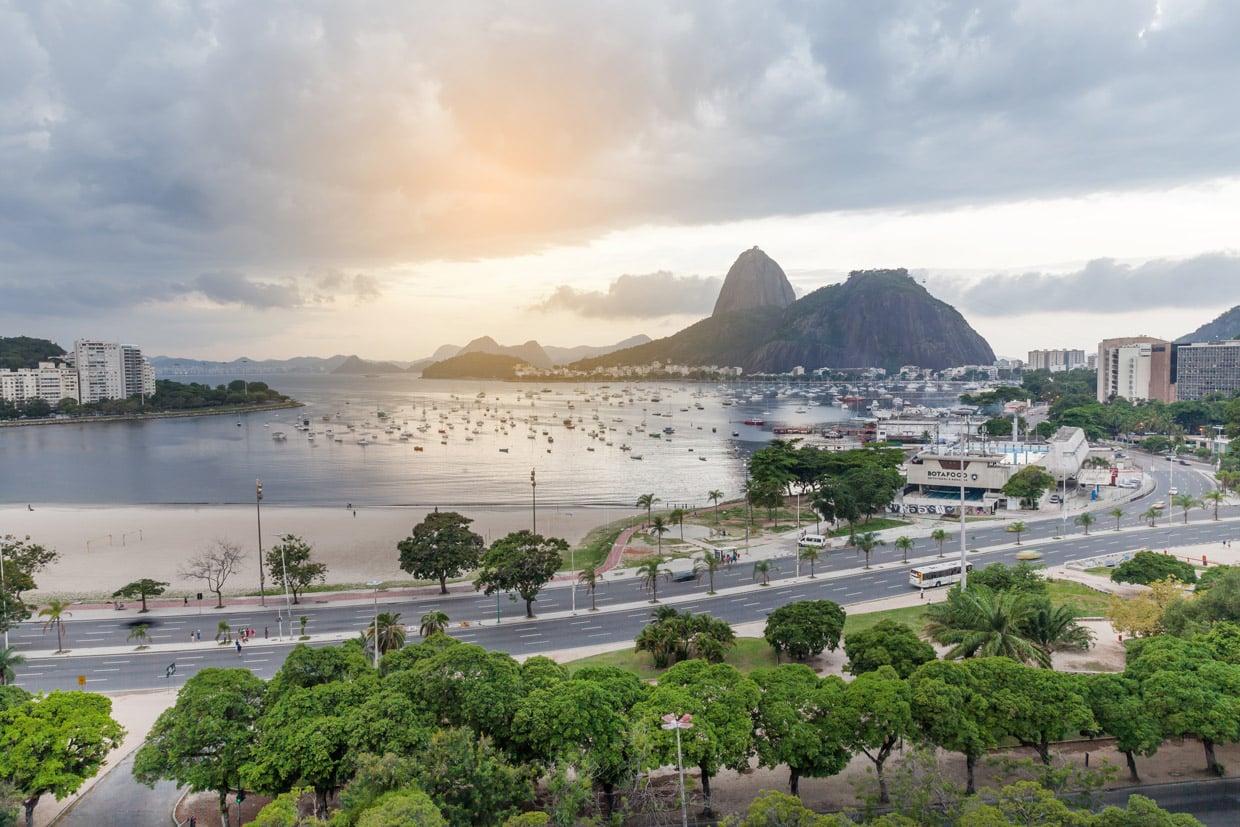 The Cost of Visiting Sugarloaf Mountain

Cable tickets are around $ 40. If you are a student, this cost will be halved. So to save on travel expenses, do not forget your student card!

A Shine in the Cinema

Sugarloaf Mountain has been shown in many Hollywood movies, and the most famous one is Now, Voyager, released in 1942. In addition to movies, this mountain has also appeared in cartoons. In one of the episodes of the famous Simpsons cartoon, Sugarloaf mountain appears.

Do not think that Sugarloaf mountain is alone. Around this mountain are two other beautiful peaks called Morro da Urca Mountain and Babylon Mountain. The combination of these three peaks together has made it one of the most attractive places in the world for climbers. 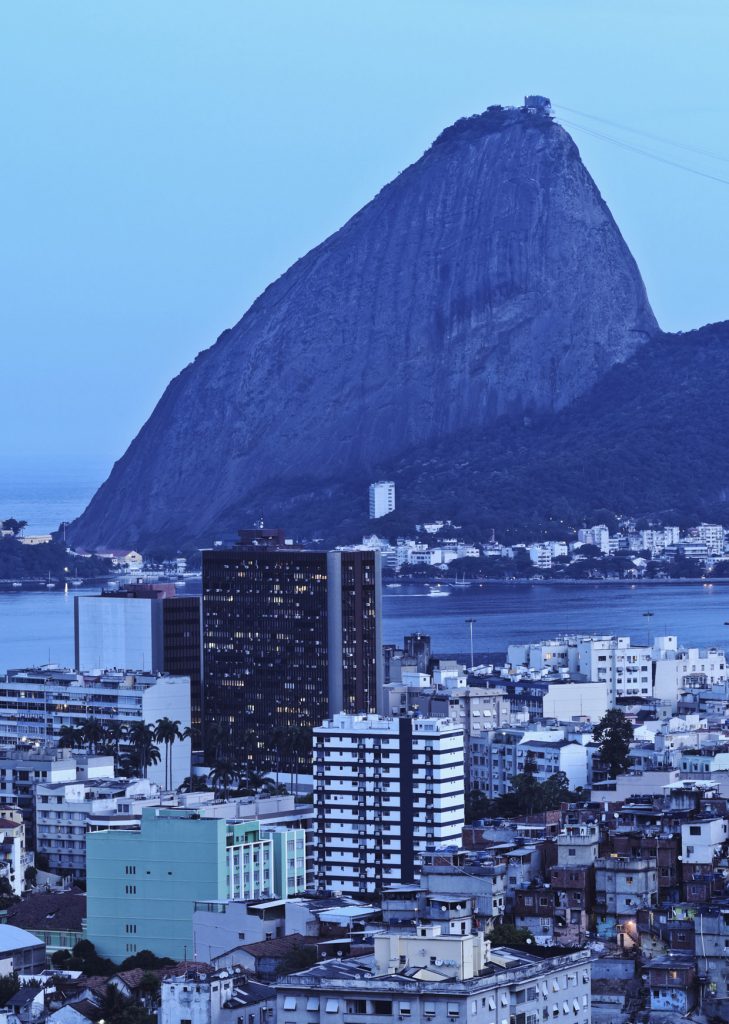