The Skeleton Coast is the northern part of the Atlantic coast of Namibia. Many pictures of the end of life are available on this beach; for example, in addition to the sad death of ships in the mud, the prevailing drought in the area has not allowed any sailors who reached the shore to survive. Also, there are countless skeletons of stranded whales on the Skeleton Coast. Possibly because of the existence of these skeletons, the beach has been named as such. These bones are the main building materials for the people living in the northeastern part of Namibia.

Skeleton Coast is a wonderful beach is located in Namibia. Since You can see the bodies of ships swallowed by the shore at a short distance from each other, this vast shore should be called a ship cemetery. From the cold and surprising Benguela Current of the Atlantic Ocean to the dunes and desert horizons, they have all joined hands to create a soulless area on this unique beach. The charm of the Skeleton beach atmosphere can make your heart beat faster. Skeleton Coast’s scenery will easily delight you.

They are a minority with a semi-nomadic lifestyle and are called Ovahimba. Ovahimba people maintain a lifestyle far removed from urban activities, and it is hoped that these visits will not affect their customs as they live. The reason is that despite the advantages of this cultural exchange, the Ovahimba people are unwilling to change their way of life and do not want to lose their originality.

The southern part is located along the Ugab River up to Torra Bay and the northern part from Torra Bay up to the Kunene at the Angolan border.

Namibia, this lovely country, which sits on the west seaside of Africa, welcomes skilled fishermen with its many fish species. Such as the famous Bronze Whaler shark and Kabiljou. Also, prepare yourself to become trained with other shark species, including the Spotted Gully Shark, Grey Shark, Shy Shark, and the tough struggling Smoothhound. You have the chance to target more than 400lb’s and add a new unforgettable experience to your diary. Also, for those who do not like such large searches, here the smaller species of fishes breathe, and you can catch them on lighter tackle.

If you are traveling on tour, there are guides to help you.

You are supposed to see all the beauties of this wonderful and mysterious area with a flight of almost two hours. The Rössing and Husab Mines are the first areas to get under your feet after taking_off. As you move east, you see Spitzkoppe granite inselberg, and when the plane changes direction to the north, you see Brandberg (Namibia’s highest mountain range).

The middle of the Ugab River and the southern beaches of the Skeleton Coast are adorned with Striking geological formations en route. The last destination you will visit from the sky is the salt pans just north of Swakopmund, but before that, you also have the opportunity to visit Zeila Shipwreck. The ship sank in August 2008 south of Henties Bay.

If you are a camera person, you will enter the paradise of photographic subjects, ships, bones, shoreland, and sea waves are a great opportunity to record extraordinary works.

In 1486, a Portuguese explorer named Diego Cao discovered the coast of Namibia, and the Cape Cross fur seal colony is located in that same place. Today, the site north of Henties Bay is called a fishing haven home by further than 200,000 Cape fur seals.

The Black Rhinos at the Ugab River Rhino Camp

Visiting this camp, which is located outside the beach park, will never make you regret it. There is a camp (Ugab Base Camp)near the elevated mountain of Namibia; it is recommended that you stay there for a while to get a better chance of observing the black rhinos.

Hiking along the Ancient Ugab and Huab Riverbeds

Walking in this area will be one of the most amusing, relaxing, and adventurous activities of your trip. Every step you take, the coast will show you new beauties. You are supposed to explore White Lady ancient rock art, which is a huge wonder that stretches all the route to the great Brandberg. Imagine for a second that the endless flight of birds above your head generates a much more dreamy atmosphere during this pleasant walk.

Make Your Trip Historical through Kolmanskop

This historic city is residences only of ghosts and German architectural buildings, half of which have sunk into the sand. The devastation in this city can scare or excite you, but it will definitely be a good background for your photos. 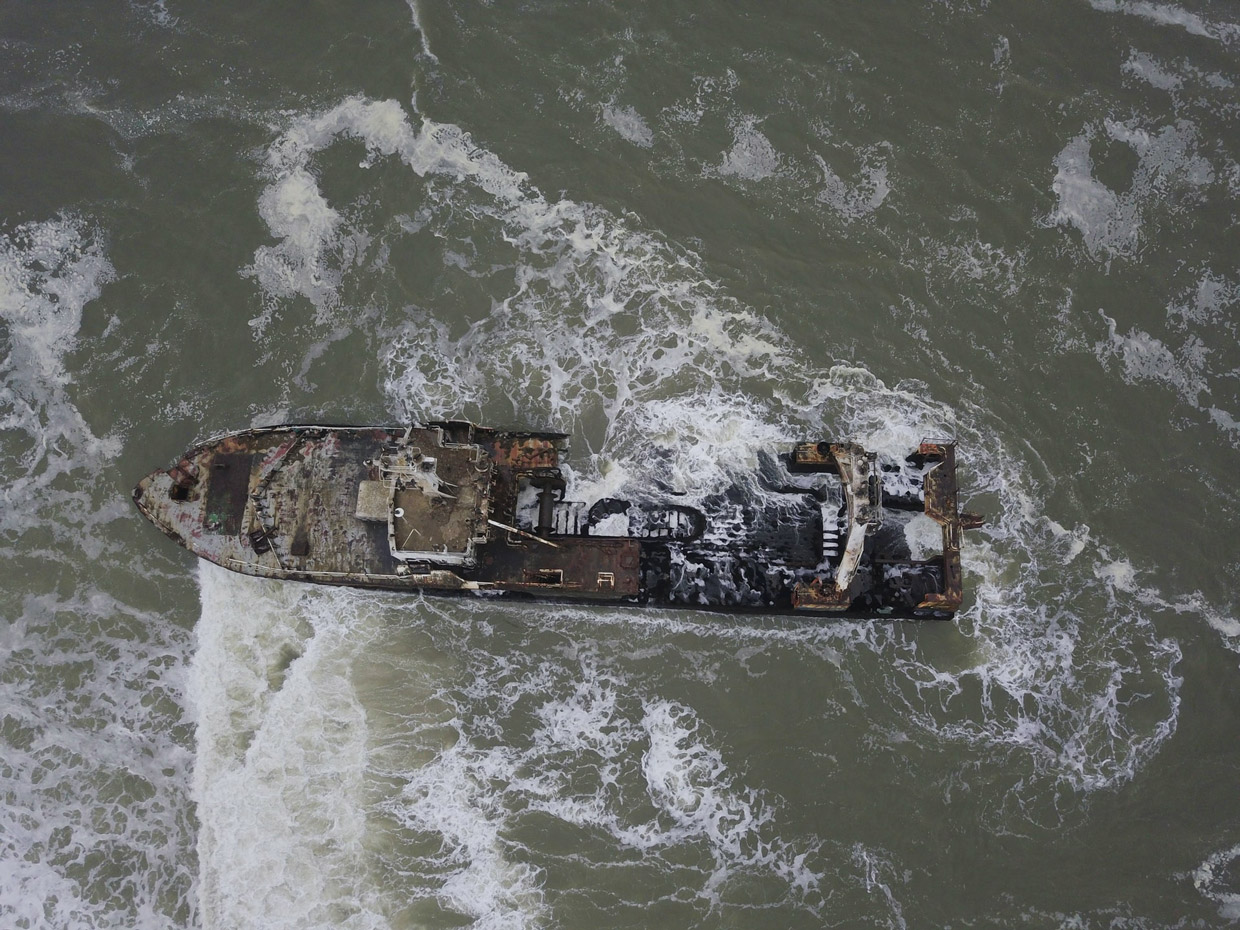 We indeed said the signs of life on the Skeleton Coast are very few, but we can point to the existence of several species of animals. There are desert-adapted elephants, rhinos, desert lions, brown hyenas, jackals, giraffes, seals, oryx, kudus, and zebras. 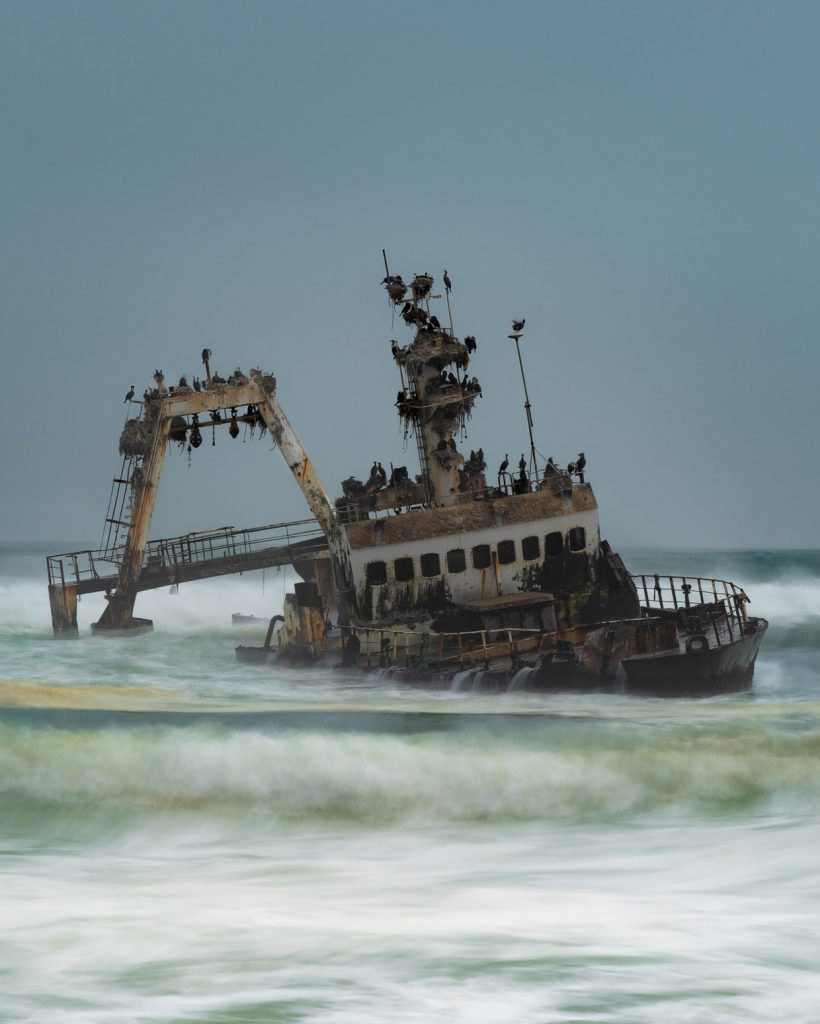 You only have to use light aircraft to get to this camp.

Placed on the Magical Kunene River and the area here is hugely beautiful, and the region of the camp gets the best use of the charms of the surrounding area.

These safaris can be introduced as the first offer for accommodation. They propose the best flying safaris in Namibia.

Program The Magic of Easter Island

14 Days
Private Tour
NOT included
Added to wishlistRemoved from wishlist 0
Add to compare
From: $1,428.00