Lake Shkodra is an admired break-out for nature lovers, outdoor activity buffs, and locals running away from the heat of Podgorica. Folk tales narrate that the tears of a pixie created the lake. A glance at magical Shkodra, you can still see that enchanted world here.

Freshwater Shkodra Lake (Скадарско Језеро) is the Balkan Peninsulas largest lake. While two-thirds of this lake is in Montenegro, some parts of it are inside Albania’s borders. The Montenegrin side has been protected by funding a national park. Today, Shkodra is famed as one of Europe’s best bird habitations. It’s a joyfully charming region surrounding high mountains, island friaries, and glassy waters with buoyant water lilies. Nearby towns are Virpazar and Vranjina. As well as you can get what you may need from these towns, you can schedule to explore these towns and other sprinkled villages along the lakeside.

Lake Shkodra has an eventful and long history. Once, it was a part of the ancient Slav region of Zeta. Later in the 13th century, Turks invaded and occupied it for five centuries, with many armed conflicts proved by now collapsing fortresses such as Besac and Lessendro nearby towns.

When the Ottomans were forced out of Montenegro after about five centuries, Shkodra town (the capital of Zeta province) was subsumed under Albania. As a result, this town is also called Skadar. Meantime many Albanian villages on the southern lakeside were incorporated into Montenegro.

As a part of Independent Montenegro, King Nikola established his summer residence at the amusing lake town of Rijeka Crnojevića in the 19th century. Lake Shkodra also has a notable history during World War II as the first Partisan uprising in Montenegro took place in Virpazar.

To get to Shkodra lake, first, you should reach Virpazar, which is less than a kilometer away from the main entrance of the visitors center. Thus, you only have to drive about 30-35 minutes from the capital Podgorica to get yourself to Virpazar. Your alternative for a more exciting trip is to drive first to the iconic standpoint called Pavlova Strana and then continue your journey to Virpazar along the lake.

Consider traveling to Virpazar by train. About 10 to 12 trains depart the capital Podgorica to Virpazar every day. The train station is only 800 meters away from the visitors’ main entrance. It is an economical way to travel to Virpazar, as the ticket is inexpensive.

There are also buses departing from Podgorica to Virpazar. But the drive-by bus takes a little more time for about 45 minutes. So it would help if you ask for National Park Shkodra, and the buses will take you to Virpazar. 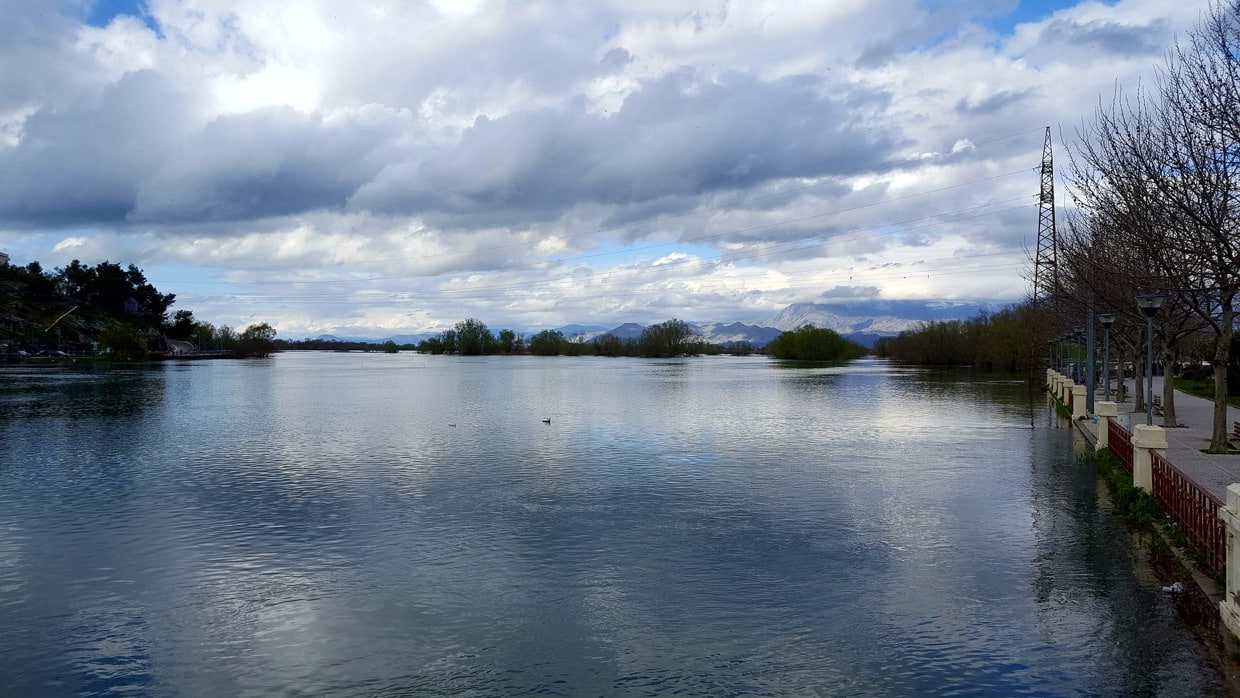 The region is mostly famed for its various kinds of birds. Zoologists claim that around 270 different kinds of birds live around this lake. Most birds are migrating and are of worldwide value. During the migrating season, rare ducks pass over this area, species like little white egret and white spoonbill. Cormorant roost in north marshes is one of the most important colonies around the world. A remarkable and endangered species of curly pelican nests at afloat peat islands on the northern side of the lake.

There are 50 species of fish and three species of snakes living in the lake. Of course, Ukljeva and carp fish play an important role in the economics of the local people. But various kinds altogether make a picturesque scene in the glassy water of the lake.

The park’s ecosystem is unique, differing from the districts where there are frequent floods, tiny stone islands, and precipitous mountain precipices. It is home to over 30 species of rare plants, some of which have high protection because they are endangered.

In the area of Shkodra Lake, there are various historical and cultural attractions, for example, monasteries, churches, villages, forts, and holy monuments. This lake has witnessed the eventful history of civilization from long ago. There are about 18 historic monuments just around the lake. 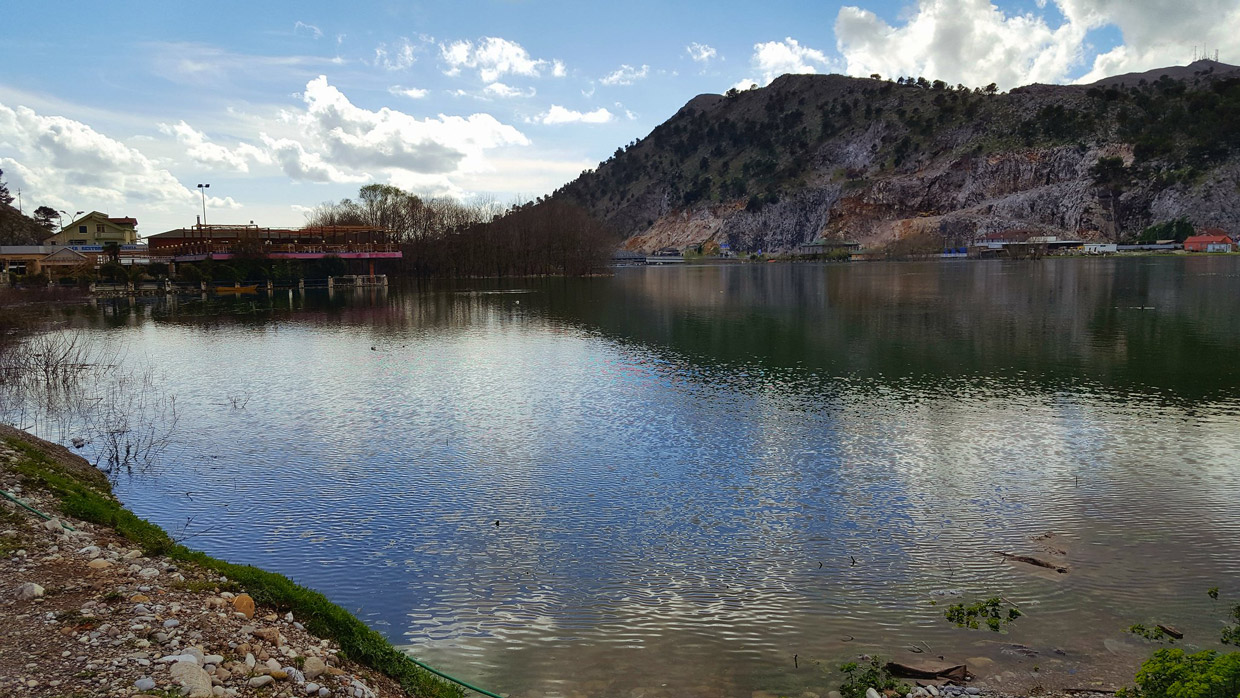 It is presumably the best outlook of the lake, which you don’t want to miss. It is more or less easy to find this viewpoint. I have already placed a marker on the above google map, which you can easily use for finding it with google maps. No matter if you are driving from Kotor or Podgorica, take the M2.3 route, then turn around the small country road that runs across the lake and watch the astonishing view of the lake.

You might see an old hotel which can be off-limit, but there are some parking spots to park your car. I came from Kotor and drove towards Podgorica on M2. then took this slight road diversion leading towards the lake. It was a bizarre and beautiful journey, and I really had a fun time. I highly recommend you doing the same to have a great time.

If you are trying to see wildlife and natural fairness and you want a relaxing way of visiting everywhere, then cruises are a great option for this which you can find there. A boat made from wood makes it possible to enjoy the cool breeze while traveling along the lake. It is going to be the best way to feel and enjoy the relaxing views of the lake.

You can visit Lake Shkodra basically all the months of the year, and you get to see marshland life in all its glory and fully experience the fun. Because this park is a resting place for migratory birds, it will improve the experience. It’s the home of the rare Dalmatian Pelican, which is a very uncommon kind, and it is the world’s second-largest habitation of pygmy cormorants.

There are some stunning walking paths by the lake, and they are kept strong. Another wonderful thing to do while hiking in the mountains of Shkodra valley is to pick wild fruits and enjoy eating them. Of course, it can depend on the season, but you’ll find strawberries, blackberries, and pomegranates oftentimes.

Another worthy and fun experience is fishing. It is allowed and certified on the lake from 1st June to 15th March. If you are interested in fishing, you need to get a license from one of the visitor bases, which costs around 5 euros per 24 hours.

There are isolated and secret beaches, convents, and a very large variety of different animals on Shkodra Lake, so it becomes a great place for kayaking and watching the wildlife while doing so. You can also hire kayaks and examine them on your own and have a great adventure.

You can refresh your energy with a drink or having a meal. You can find coffee and restaurants in Virpazar. But if you need a deeper rest, you can find the most desirable residence among home-stay, apartments, camping sites, and hotels along the lake. If you like camping and fishing around the area, you would need to buy an extra license for it at the entrance. Remember to be careful not to harm animals and plants and collect garbage cautiously.