San Andrés in Colombia – A True Paradise in Caribbean

Located 150km from Nicaragua and 800km from mainland Colombia, San Andrés is a paradise where people love to come to have a drink, enjoy scuba diving, experience tax-free shopping, sunbathe, try seafood, and attend parties. It must be on any traveler's bucket list!

San Andrés is a hidden treasure deep into the Caribbean Sea. In such a time that tourists overrun most Caribbean islands, San Andrés is a fresh breath of authentic air. Even though it has become more urban throughout the last few years and attracts more tourists, it is still better than other Caribbean islands. The island was once part of the British empire, but nowadays, it is known as a part of Columbia. It has one of the unique ecosystems in the world. If you like sunny holidays with exciting activities, this is the destination for you!

A Short History of San Andrés and Its Politics

San Andrés has a vibrant history filled with pirates and different settlers from different countries.

The island was first on a Spanish map in 1527, and soon after, in the 17th century, the English arrived and took control of the islands; they even fought off the Spaniards in 1635 and managed to be the owners of the land until 1787 when they agreed to give the island back to the Spanish.

San Andrés and the rest of the islands went a long way for independence from the US, Spain, and Guatemala. Finally, in 1900 France recognized all the islands as belongings of Columbia, a ruling that the inhabitants were happy with.

Even though some parts of Columbia are unsafe and troublesome for foreigners, San Andrés is safe to visit and has a very peaceful atmosphere.

How To Travel to San Andrés

Right now, taking a flight is the only way you can get to San Andrés. Even though the island is surrounded by water, there are no passenger ships to take, Nicaragua, and unless you want to spend 3 to 4 days on a cruise ship, your best route is from the sky.

The Budget You Need

There are direct flights from Panama and Nicaragua to San Andrés, but the flights within Colombia are cheaper; the highest cost of a one-way ticket is 50$, travelers, and the cheapest ticket you can find is around 23$. It is also mandatory for tourists to pay 112,500 Colombian Pesos (around 26$-34$) to enter San Andrés, this fee is to preserve the island, and you can pay it directly at the airport. Because the airlines like to make sudden travelers pay extra, make sure to book your tickets online and don’t surpass the baggage weight limit because if not careful, a cheap flight can become expensive really fast.

The weather is unique in San Andrés. It’s tropical, and you should expect a lot of rain, but the rain never sits and interestingly enough, the rainy season, which starts in January and ends in May, in San Andrés are also the months which the island gets the most sun. The weather is mostly windy from October to December in San Andrés. So it is best to pack as light as possible. Since San Andrés is best known for its sea and water-related activities, you should pack several swimming sets! 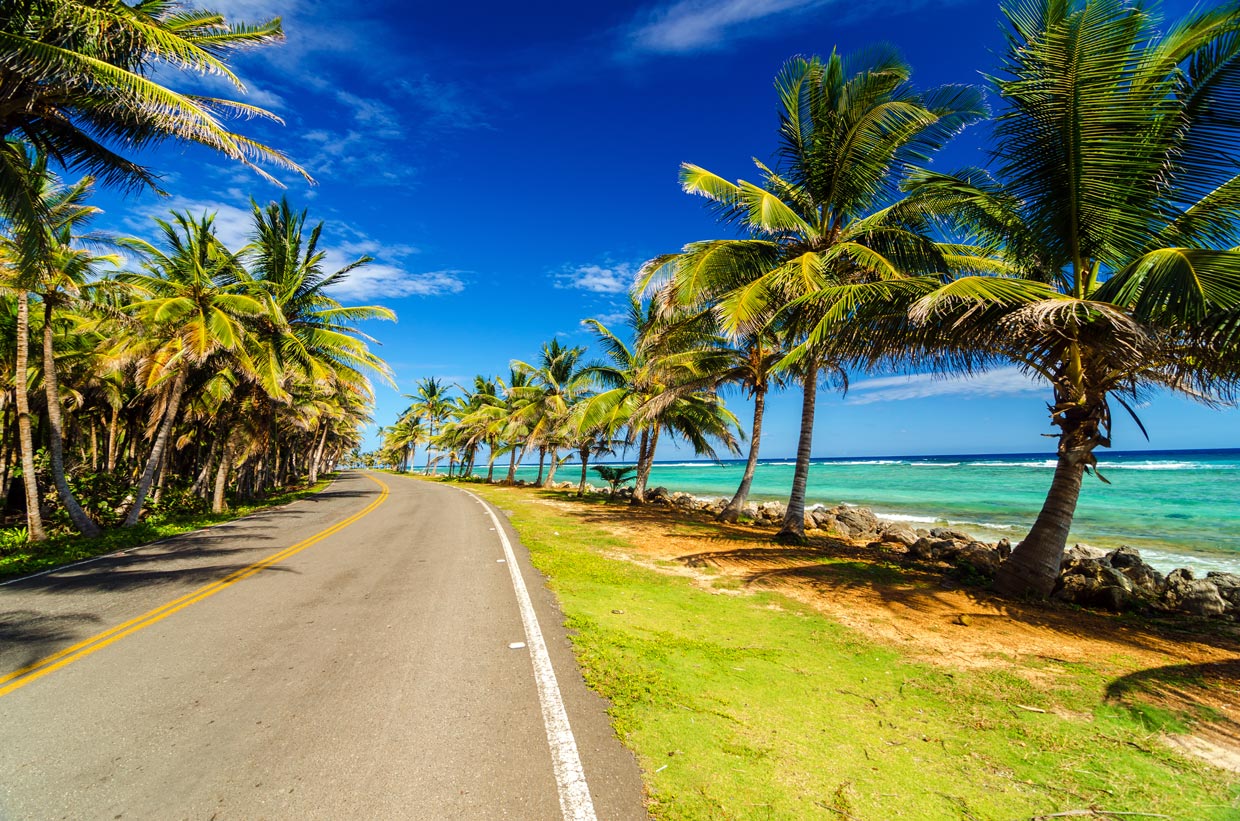 For traveling to San Andrés as a tourist, you must have a scheduled plan for returning to the mainland. The officials will not let you fly to San Andrés without booking a return flight. Pay the extra attention you need for these costs.

Where to Stay in San Andrés

There are a few hostels and some great hotels on San Andrés island, but they sell out soon, so you must book your place in advance. There are also posadas that you can look into to experience the local life of San Andrés. POsadas are either studio apartments or rooms in local’s houses that cost less and are a great choice if you already know a little Spanish.

Hostels like Republica, Villa Sarie Bay, and Blue Almond Hostel cost from 32,000 COP to 50,000 COP in San Andrés. We reviewed the client’s comments on their services, and they seem to be good at providing the basics you need during such a journey. Also, by asking the locals and searching more about the accommodation providers in San Andres, you will confront various places to spend some nights. Some solo travelers prefer to save their money by staying in proper places. These hostels are the best options for those not seeking luxury hotels. Sometimes a soft bed is enough. 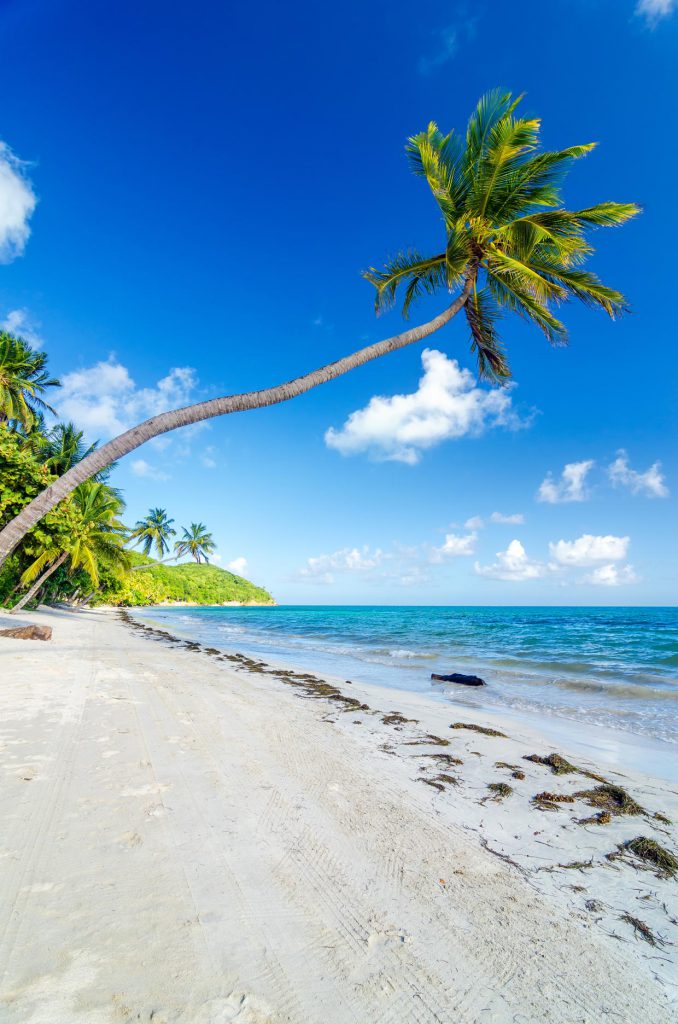 Hotels like Bliss, On Vacation Acantilado de la Tierra, and South End Villas are all great luxurious hotels to look into. They obviously cost more but have advantages like good air conditioning and private pools. These are the best options for families and group tours. They provide you with the experience of being comfortable while visiting a significant part of this planet. Even with their excellent service level, you can still find reasonable prices among their offers.

Posada Playa Yaphi, Summer House San Andrés Posada Turistica, and Posada Nativa Atardecer Isleño are great posadas located in the middle of San Andrés town. They’re great for starting the exploration of the city life and the inner culture of San Andrés. They usually cost less than 70$ and have exciting features. Sunny Beach Apartments is also a great choice if you’re not traveling alone and are in the mood to cook because they come with kitchen facilities and are loads of fun! 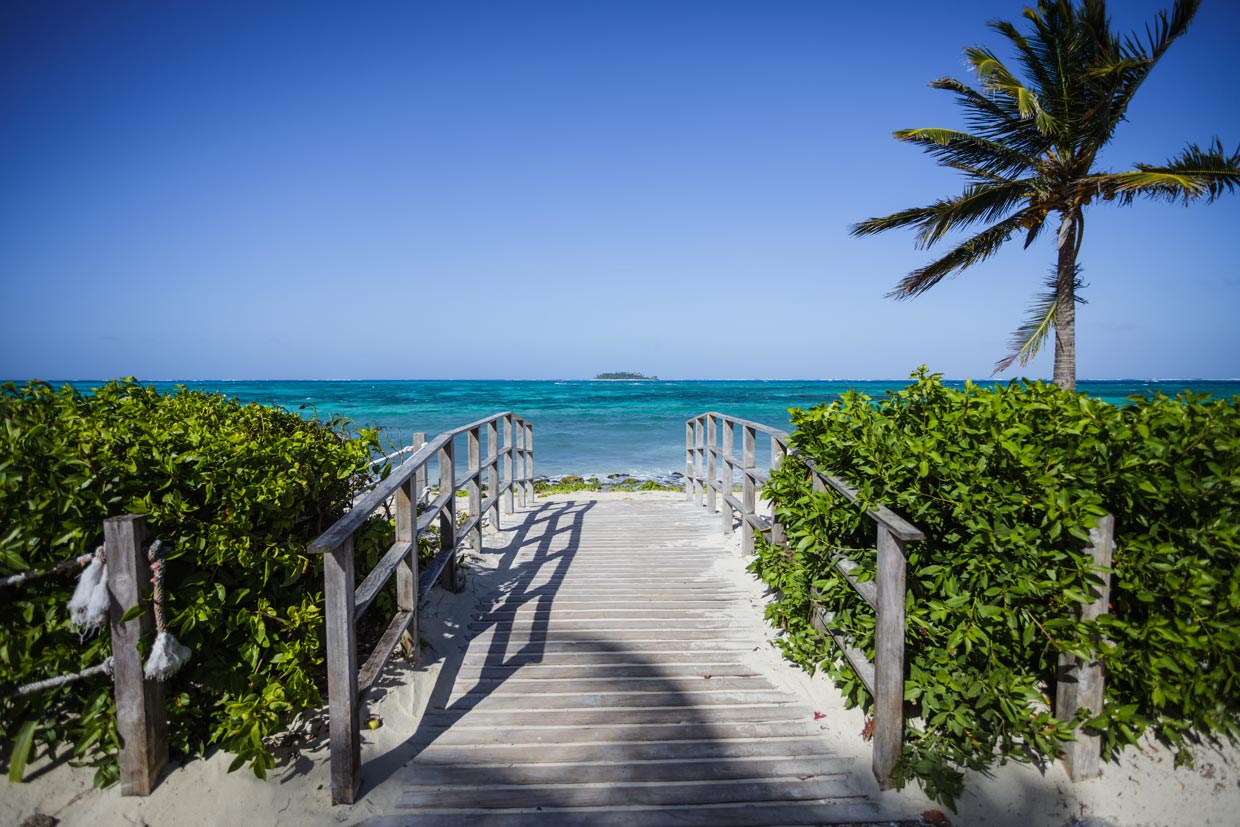 If you’re worried about hanging out in San Andrés, the best option is to either rent a golf-cart (if you’re traveling with a group, these are great since they have space for 3-4 people.) or a scooter for half the price! It really makes sense. San Andrés has a central city that is very busy and crowded and a road around the city that has less pollution; it is straightforward to find your own way on this single road. There are also public busses running all year round and even stop at beaches on their way. You can check them if they are busy and crowded. Scooters and Motors are usually 70,000 COP per day (that means by 6 p.m.), and Golf-Carts are around 100,00 COP per day.

What to Do in San Andrés

Even though San Andrés is pretty small, it still has much amusement for any traveler.

Explore the Many Beaches of San Andrés

San Andrés has beaches all around the city, and each has different features. The best thing to do is manage your time to glimpse all the beaches around. Here we made a shortlist of some of them.

Both are town beaches with calm water and white sand, but since they’re right on the northern part of the island and close to shopping centers and hotels, they are almost always popular and packed with tourists. 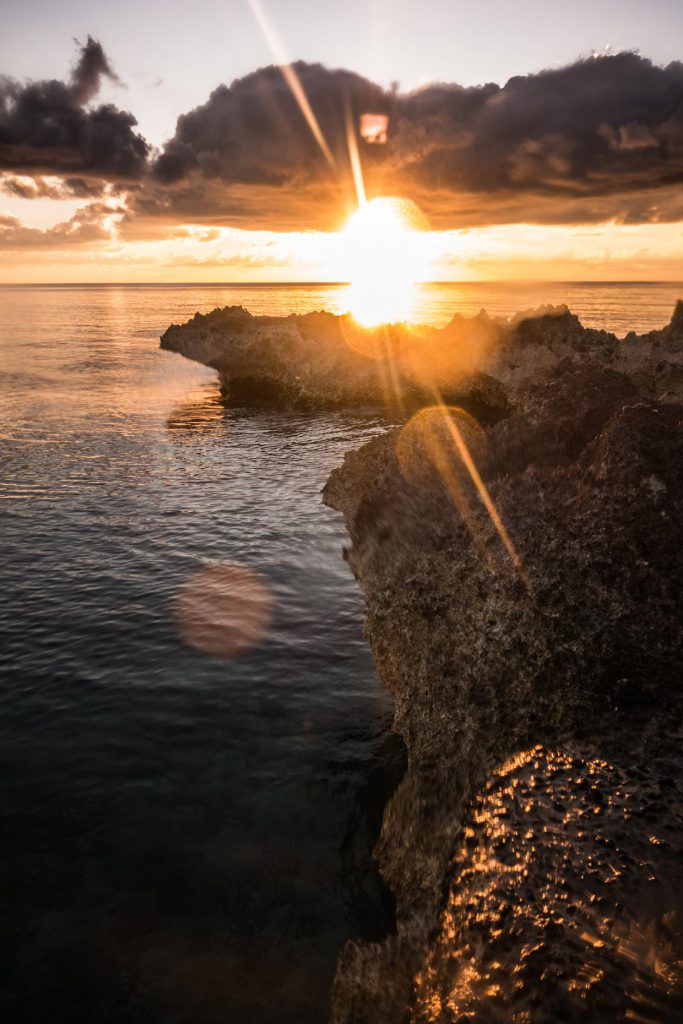 For getting to Rocky Caye beach in San Andrés, you need to get on the road (via your golf-cart, bus, or motor), but don’t worry, it takes only a 6-km  drive from town and is not really that far. The beach is also known as Playa Zarpada or Cocoplum beach. Just make sure you are on free sands, and that’s it! It’s best to wear sea-shoes because of all the coral in the water when you want to swim or walk to the small island.

Playa San Luis is on the eastern coast and feels more back-packer friendly. The water is wilder than the rest of the San Andrés beaches. A few cocktail bars and restaurants on this beach are a bit pricier than the other beaches.

The scuba-diving scene is quite popular and famous in San Andrés; divers from all around the world come to San Andrés for the beautiful coral and crystal clear waters. Even if you don’t scuba-dive, you can try Helmet-diving and still enjoy San Andrés. 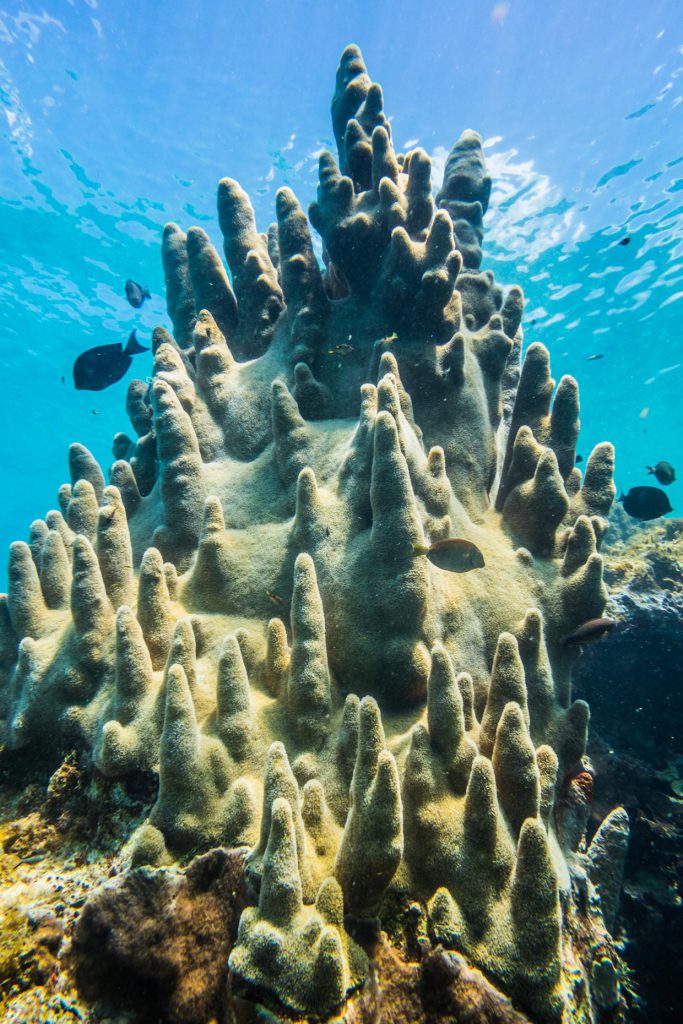 You can find a private area at the east of San Andres that divers call ‘West View.’ It’s perfect for snorkeling as there are no waves. You can also do other water activities like diving and water sliding. There are also lounge chairs and tables in the area if you want to sunbathe and chill. But do note that there is an entrance fee of 4,000 COP per person.

Just next to San Andrés Island is another even smaller island called Providencia! With its own history and folk tales of pirates, this island is now even more popular than San Andrés because it has fewer people and more relaxing vibes. The beaches in Providencia are great for anyone who wants to chill and enjoy the view! You can get to Providencia either by taking a ferry or a plane. The ferry costs around 215,000 COP and takes about 3.5 hours. It is a rough ride that we don’t recommend for people with seasickness.

The plane is much better because it only takes 20 minutes. The flights are around 250,000-300,000 COP but do sell out in advance. The luggage weight is also another issue, and it’s best to travel light because there is a 10kg limit for every person. You can also book an overnight tour that includes transport and accommodations.

Since Providencia takes quite an effort to get into, we recommend spending a couple of nights here. But remember that this island is even more expensive than San Andrés and it is not recommended for people on a strict budget. 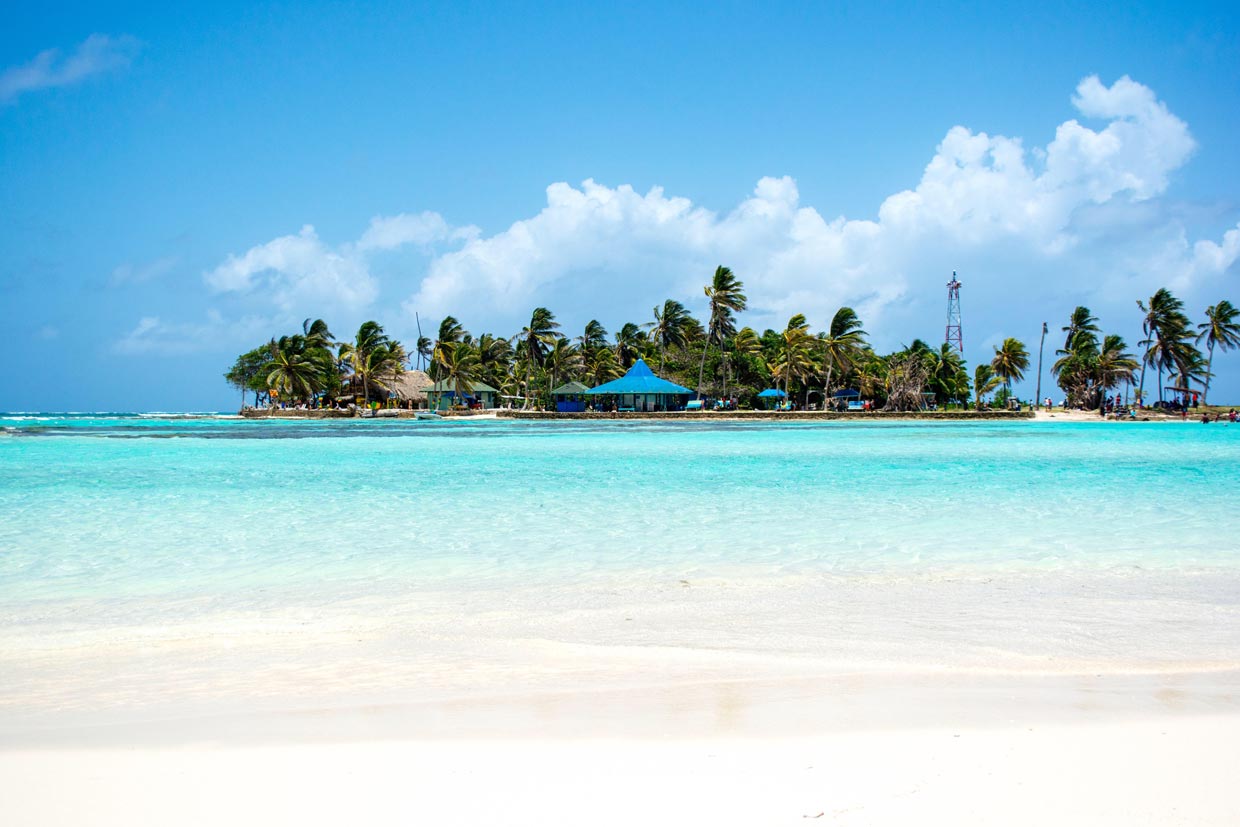 To the left of the city’s main beach is the “I love San Andrés” sign which every tourist should visit and take a photo to remember San Andrés by!

Watch the Sunset at the Blowhole

One of the main things to do at San Andrés is visiting the Blowhole, which has an excellent spot for watching the sunset! Since most people see the “ILSA” sign around sunset, it can get crowded, but the blowhole down the road from the sign is much calmer, and you can have a little picnic there too!

The tap water in San Andrés is not drinkable, so you must buy water bottles as you go.

San Andrés is a duty-free zone, which means the island’s product is sold without additional taxes! So, make sure to look around the many shops on the island and do a little shopping for yourself.

There are stingrays and sea turtles under the water, and Iguanas are everywhere on the land in San Andrés; they are pretty friendly too!

Caribbean islands like San Andrés have great seafood so if you like fish and such, make sure you eat out at least once! 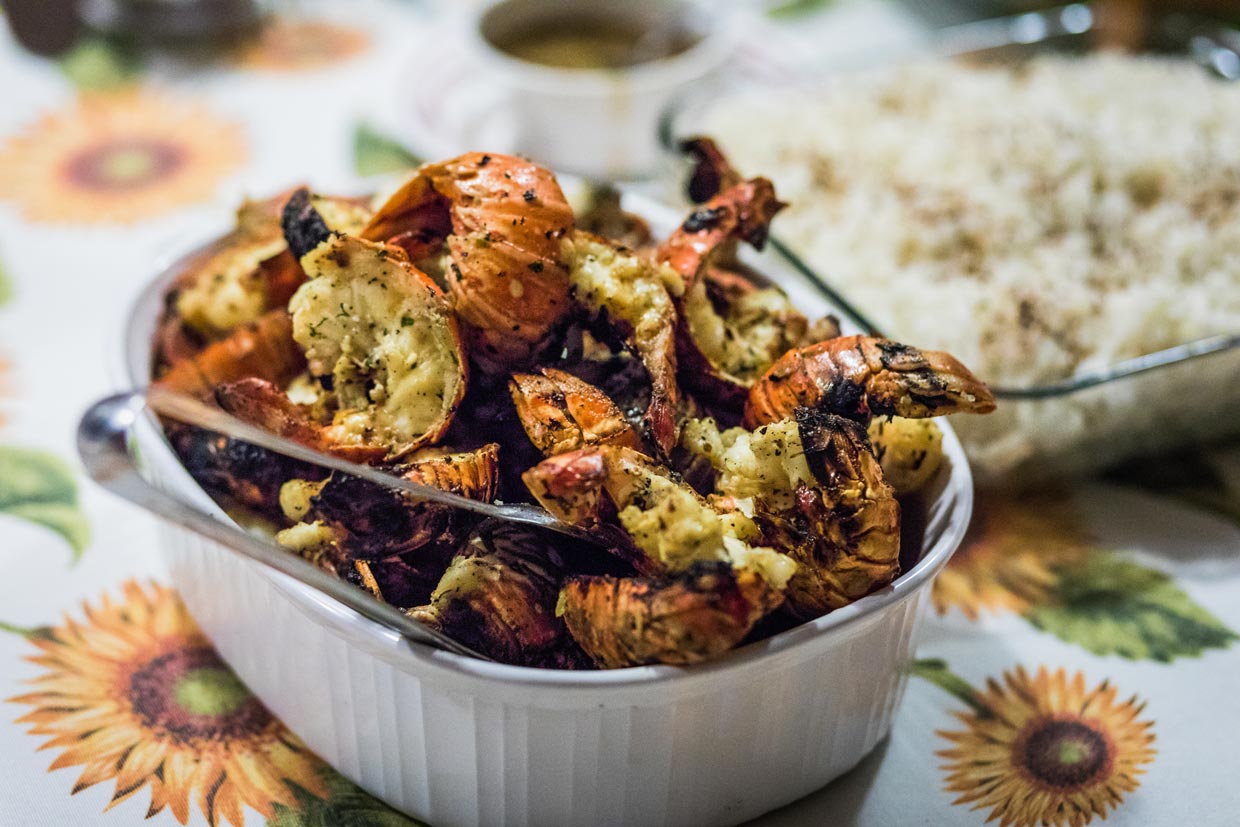 If you’ve traveled to Colombia, you might realize that San Andrés is more expensive than the mainland. Although things like groceries and beers are pricier, they are still affordable, and one can also enjoy their time there on a budget.