The Rosario Islands are the perfect place to discover a special biodiversity in the world. The islands are unique in beauty, being the home of incredibly blue seas and colorful coral reefs. Isla Rosario has an aquarium and an open-sea oceanarium (Oceanario), giving you the chance to experience the ultimate exploration.

The Way to Rosario Islands

There is just one way to visit the Rosario Islands, and it is by boats, which depart from Cartagena. Both public and non-public daily tours are available, leaving at the beginning of the day and returning in the early hours of the night. The 45-minute boat riding from Cartagena to Rosario Islands is short; however, it may not be as comfortable as you expect. You can visit one of the tour agencies in Cartagena’s Old Town and reserve a tour. Going to Muelle de la Bodeguita port in Cartagena is another way. It’s where a majority of boats depart.

If you are planning to travel to the Rosario islands from Bogotá, the Airplanes of Bogotá’s El Dorado International Airport (BOG) fly to Rafael Nuñez International Airport (CTG) daily. Other ways are non-public cars and buses which run to Cartagena. The thing is that it takes about a day or less to reach Cartagena, and it may be tiring and difficult for most people. Also, non-public cars might be a bit expensive and not affordable for everyone.

If you want to reach the Rosario islands from Medellín, there are daily flights to Medellín’s Aeropuerto Internacional José María Córdova (MDE) to CTG. If you prefer to take a bus, remember that it takes about 14 hours to reach Cartagena Terminal de Transportes.

The most popular of the Rosario Islands is Isla Barú. Isla Barú (Playa Blanca) is a lengthy, slim beach with White sands and palm trees close to Cartagena. Dozens of people who enjoy sunbathing on the coast are greeted by cabanas and restaurants of Isla Barú. You can hire a bed at a beach club, take a boat trip, play water sports, and even try fishing. Besides, You can try a nice massage on the beach.

Isla Grande is the largest island in the Rosario Archipelago, with more than 2 square kilometers. Famous for its pleasant and stunning landscapes, daily tours from Cartagena to Isla Grande are planned by several agencies. Isla Grande has spectacular beaches, an ecosystem that is highly varied. Even an Enchanted Lagoon is in there. It is recommended to stay at least one night in Isla Grande.

Here, visitors can do lots of things. Start exploring this island to discover sheltered beaches such as Playa Libre and Playa Bonita with local guides. Snorkel all around the island de Rosario and search for colorful reefs, relax on the beach without getting worried about time, and have a nice campfire until the sun fades. At Scuba Cartagena, you may also reserve a cool diving tour.

Although you won’t imagine a flawless hotel on the Islas del Rosario, on Isla Marina, near Isla Grande, there are cute green hotels. All have an independent beach of themselves. The only thing is that the daily travelers who have the day pass may come to these places too. Isla Marina is a great choice if you want to stick around for a night or two on Rosario islands.

Close to Cartagena, Isla Cholon is a peninsula where Colombians love to gather and dance. There is a spring break organized each weekend. Not only through Cartagena, but in Colombia, this island has been trendy. Everyone dances and drinks in the Caribbean sea with music, while walking salesmen offer cold beer, drinks, and grilled lobsters.

Many believe that it’s the best place to recover throughout the day and to play at night. In the mornings, Personal yachts and party boats carry guests from Cartagena before playing loud music all day long. Isla Cholon is not cheap at all, but instead, you’re going to get an amazing taste of how Colombians prefer partying. Loud music, dancing, more music, and more-than-enough cold drinks.

Isla del Pirata, or Pirate Island, is around a mile long and is among the tiniest Rosario Islands but also one of the sweetest. For a journey to the Rosario Islands, more special choices are accessible. Isla del Pirata is a stunning and sheltered location in the Caribbean to take a dive and get a taste of fresh seafood.

Pirate Island is calm, cool, and just the best location to hang around for a couple of days in the Caribbean, whereas most tour boats run directly for Baru and Playa Blanca. For scuba diving and snorkeling in seas guarded by a coral reef, the island is suitable. One can expect nice hotel facilities too. 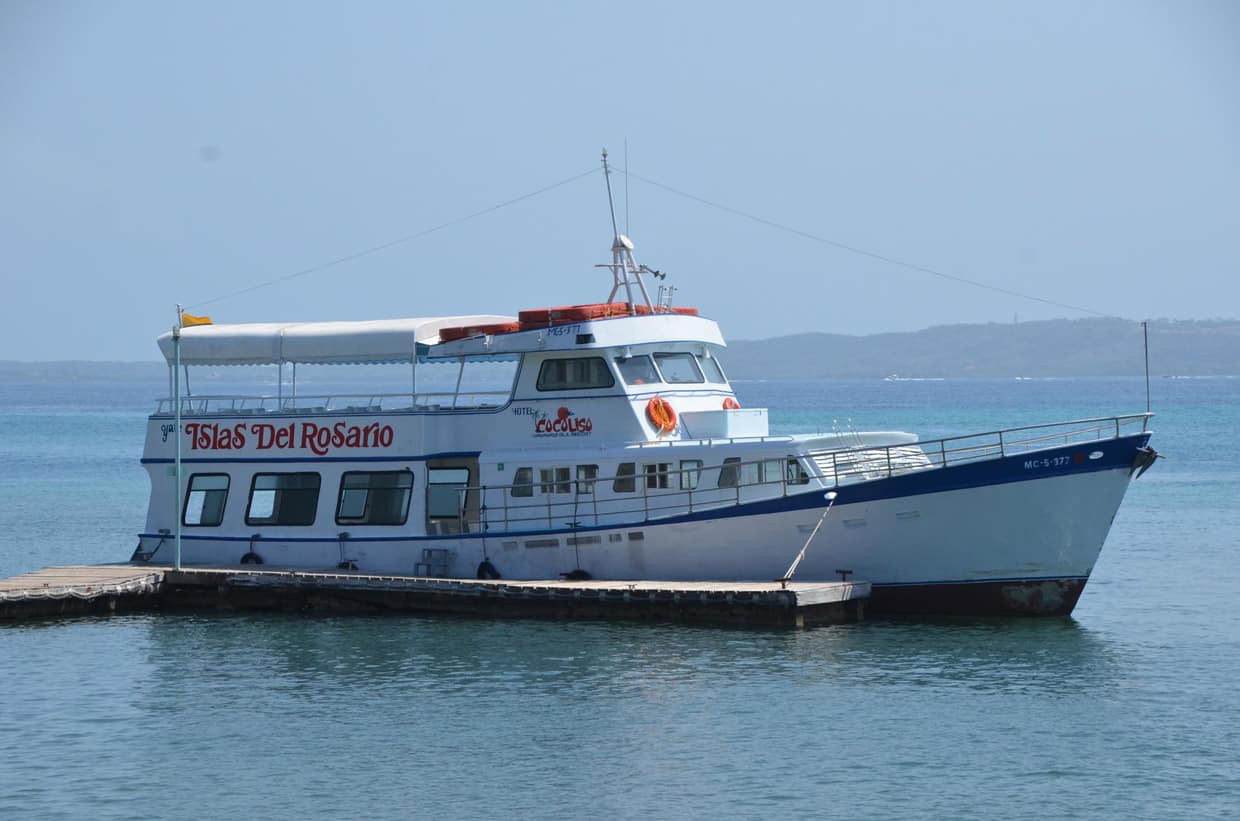 Besides the mentioned ones, there are some must-do activities in Rosario Islands, which you should not miss. Here is a list of these activities:

Go to The Oceanarium

The natural aquarium of Isla de Pajarales is also popular as the Oceanarium. This oceanarium is a wonderful spot to see if you are traveling with kids or like to find out more about the underwater gorgeousness of the area. The place has natural saltwater pools, which are the house of dolphins, nurse sharks, and many other wonderful species. It may not be a commonly loved place, but it still attracts many people. Simply, a cute place to hang around for an hour or two.

If you like to have an experience of Rosario with grains of luxuries, you really should plan a tour on a non-public yacht. Many agencies in Cartagena offer these yachts with additional facilities, including lunch and alcoholic beverages for purchase and also an onboard cooler and onboard sound system. If you are traveling with your friends and your budget is not limited, you really should spend a sunny day on your personalized boat with a captain as your pilot. As you are enjoying the sailing near Rosario islands, you can choose where to stop. If you like to settle a night on one of these islands, round-trip service is available either.

Another terrific thing that you can do is to hire a non-public island. Surprisingly, it won’t really cost an arm and a leg! Enjoy incredible sunsets while the only people around you are your friends. Many recommend hiring one of these islands as a nice place for your bachelor party. This makes it simpler to stay around Cartagena for one week.

The natives now have the bright idea of constructing houses in the Archipelago of Rosario on the edge of tiny reefs. Some glamorous wooden buildings, provide workers, vessels, bedrooms with air conditioning, and living rooms with all the required equipment. For now, you can hire one of these islands: Isla Mancini, Isla Matamba, Isla Rosa, Isla Gigi, and Isla Pelicano. 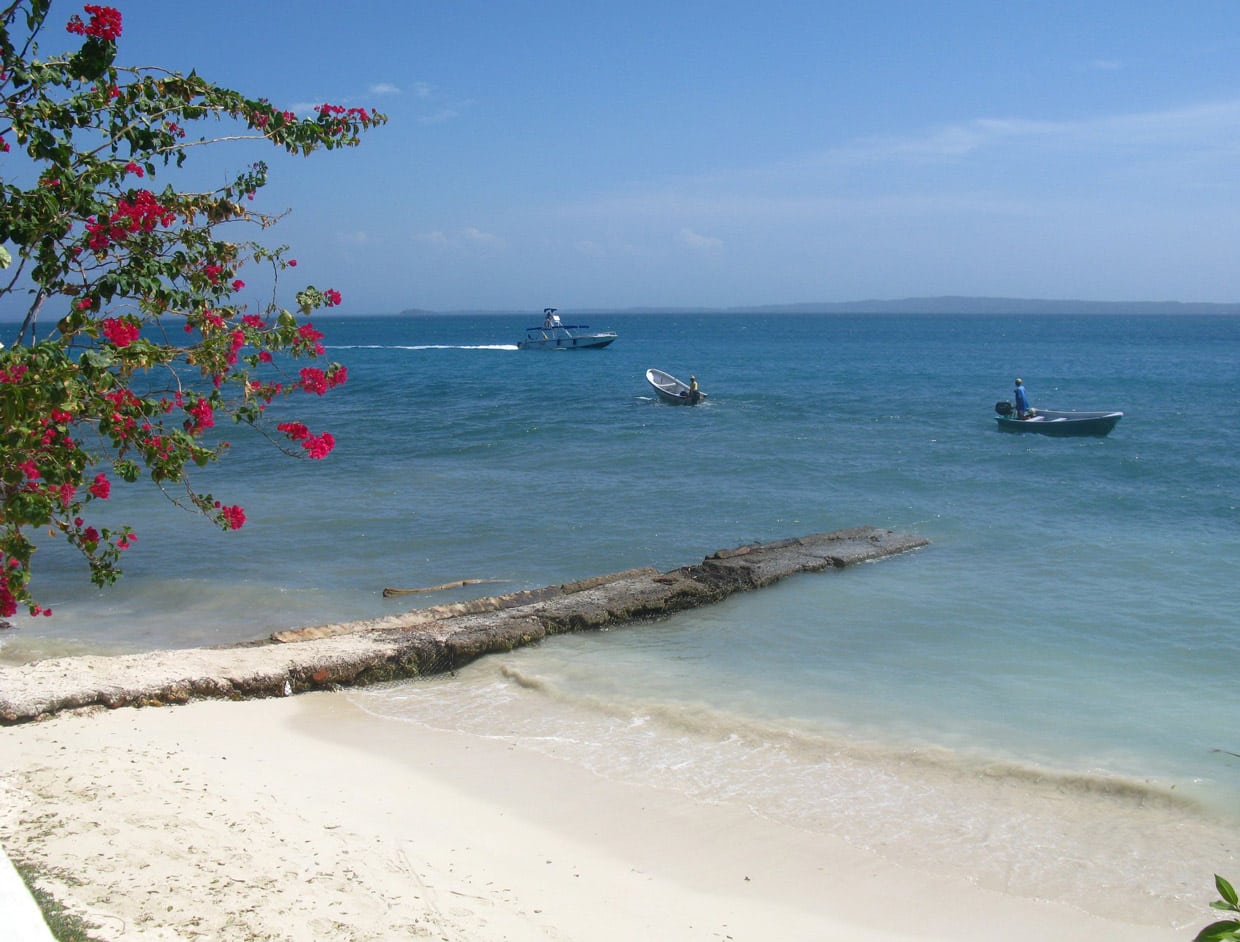 You may want to spend the night on one of the Rosario islands, and that’s a great choice. Many hotels are located in Isla Baru; some have restaurants themselves and are near beaches. Some of them offer free Wifi and pools too. It is better to reserve online since these places might be crowded; however, you may reserve a room at the place too. Note that many famous green hotels are situated in Isla Marina.

Overall, check for the hotels before you decide to stay in one of the islands.

The temperatures are always high in Rosario Islands. Make sure you have no problem spending your time in a hot environment. Of course, the temperature varies from day to day, but all in all, the average temperature is high enough to call it hot.

The months of May, June, July, August, September, and November are most likely to be in precipitation. That kind of precipitation is also a different one. If you have never been to this part of the planet, try to take a look at the weather forecast of the Rosario Islands. It can help you pack the right clothes.

The weather is usually dry in January, February, and March and the warmest month is August and the coolest month is January. October is the rainiest month, and the rain would completely influence your experience of visiting the Rosario Islands. Although, If you consider raining a part of your journey, never hesitate about heading to these Islands during October. January and February are the driest and sunniest months, don’t forget your hat, sunglasses, and sunscreens.

If you are looking for the warmest time to visit the Rosario Islands, The best months for you are June, September, and July. If dry weather is your thing, January, February, and March suit you the best. The Rosario Islands get really crowded during December, June, and July. Overall summer and winter are the best time to visit there. Note that the prices might increase during these months. In contrast, Spring and Fall are the best time for people who tend to travel with low budgets.