The word “Rif” comes from an Arabic word meaning “the edge of the civilized zone.” The Rif Berbers are made up of 19 tribes: five are located in the west of the Mediterranean coast and seven in the center, five in the east, and two in the southeastern desert area.

The Northern Shilha of Algeria and Morocco, also identified as the “Rif Berbers,” are countable tribes of strong and vigorous people surviving and living on the harsh, barren slopes of the Rif Mountains. The Rif, placed in the northwestern region of Africa, is a mixture of mountains, deserts, and rolling fields. It is surrounded by two rivers and 233 kilometers of coastline. (Photo by Yassine Abbadi via Flickr)

Regardless of the hard-bitten environment, these people remain connected and united by strict and strong family traditions. Their hands did all their agriculture harvesting without any industrialized and mechanical tools. They are providing a lighter and poorer harvest at best. Affected by a Mediterranean climate, This region’s winters are mild, and the summers are hot and dry. Across the coast, it is humid in the summer.

Spain and Spanish culture for centuries have influenced the Rif. As an Andalusian type of architecture in the towns and cities, a common fluency in Spanish language and foods such as tortilla paella and tapas show that this is true and how deep the influence has gone. 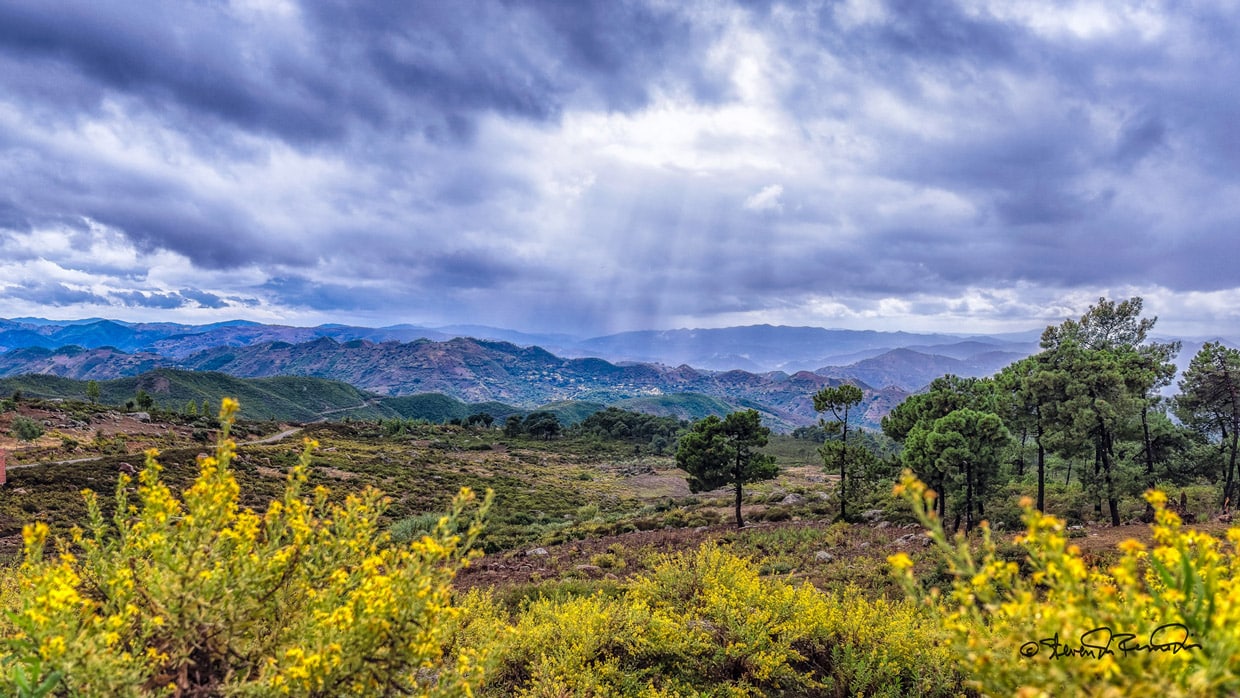 Best Places to Visit in the Rif

The Rif Mountains rise dashingly from Mediterranea to the east of Tangier. Their foothills are located near the Tetouan, where, contrasting strongly with the Tangier hinterland’s low hills and gentle colors, the landscape is amazingly tough.

To the closest east, trees cloak the limestone peaks as you climb towards the Mount of Tidiquin, the highest in the Rif ranges at 2,500 meters. Squat holm- and cork-oaks give way to high cedar forests and the kif farms of Ketama. As further east, as you travel, the redder the mountain range color, a change that shocks the person who first sees it on the road to Al Hoceima, where the terrain becomes so elegant.

From Al Hoceima to Oujda, located on the Algerian border, south of a fertile coastal plain, the land is abandoned and empty of humans, and damaged riverbeds cross it. On the more attractive and tempting coast directly below the range are some of the prettiest sandy beaches found in Morocco or even in Africa.

The increasing numbers of hotels and holiday villages are made possible because of the international airport of Tangier and by wealthy and well-fixed Moroccans from Fez and other places, who forgather to the area. But it is still likely to find beautiful, unused, fresh, secluded beaches between the sites of development, such as instruction sites. Along this stretch of shoreline, you can also find some of the best fish restaurants in the country. The resorts include Cabo Negro, M’diq, and Martil.

Chefchaouen, also called Chaouen, gathered in the hills south of Tetouan, has claimed to be at Morocco’s prettiest places. It is an essential place to stop on any visit to the Rif region, a big arts and handcrafted commodities center, and a place to rest and wind down for a few days and get in the vibes of this place.

Tetouan, adjoined on all sides by forest-clad limestone mountains of the region, is the jewel of Morocco’s Mediterranean coast recommended to visit as a marvelous place to visit.

Ceuta is not directly and instantly clear as a chosen destination. Still, it is worth a visit because of the surreal feeling of having a fast meal in Spain, and you could not want to be anywhere else, with its Spanish-style restaurants, banks, shop-lined streets, supermarkets, and other businesses.

A Spanish colony long before Morocco became an independent nation of its own, Ceuta continues to embarrass Morocco and its culture, which wants it back, and Spain with the Spanish Culture.

Once you have fought your way through customs, you are appreciated in a beautiful small town. Tiny and situated on a peninsula, every millimeter of space is squeezed with houses and traditional big Spanish buildings. The Plaza de Africa that is the central square of this town, is sensationally exposed, with palms and cafés.

There is also a lot to visit and see in Ceuta; the Cathedral of Our Lady of the Assumption has a museum and the Sanctuary of Our Lady of Africa, a church that can also be visited in the central square, have in itself the 15th-century style wooden effigy of Ceuta’s saint who is also surprisingly its mayoress with an office granted in perpetuity by a unanimous vote of the municipality.

The fair headland of Cabo Negro, the position of M’diq, which once was a fishing village and is now an upmarket resort nestled, is quickly becoming the place to visit on Morocco’s Mediterranean coast. Restaurants and cafés on the beachfront and a yacht, and a golf course are fun to play in.

Set back from the beach are some huge villas, where Morocco’s wealthiest and the most famous retreat in summer is located. Once a year in July, the yacht club hosts a yearly Sailing Week. About 8km across is the beach town of Martil, which becomes very busy with Moroccan tourists in the summer months, which are the time for the heat and hot weather. 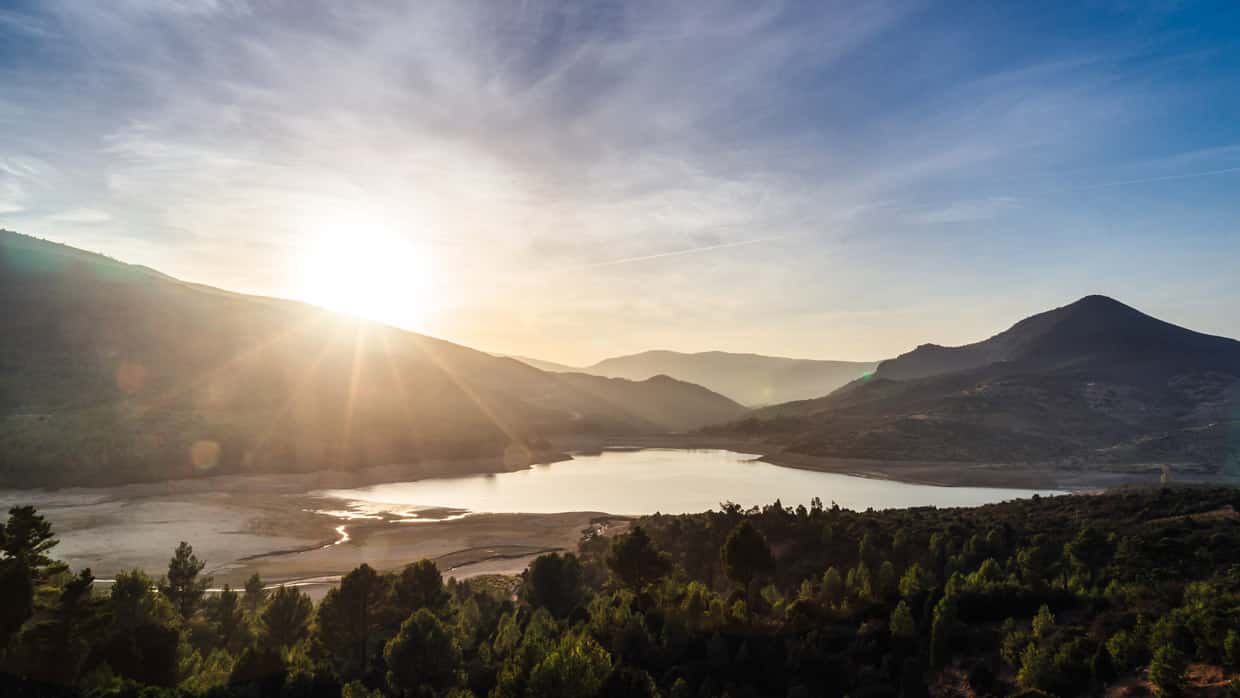 New motorways and autobahns have been built between the airport just south of Tangier and Jebel Musa and between Ceuta and Tetouan. Another connecting the whole coast from Tetouan to Oujda is also about to be fully instructed, which will be a major boost for the local area and increase tourism and traffic across some of the most wonderful coastlines in Morocco until now largely untouched.

The Rif is a wonderful place to see, and it can fill you with satisfaction and new experiences. You should not miss this place with its wonders.

You can check in with different tours to have the best time, but you should find a well-managed tour guide on tour.