Ranomafana National Park is very famous for its animal and plant diversity. Among the forest's animals, you can expect to find birds, butterflies, bats, lemurs, and unique plant species that only grow here. The park is also known for its medicinal plants, orchids, and wild animals.

Ranomafana National Park is one of the most important sites to see near Madagascar. It contains rare species, but they’re unfortunately in danger of extinction. So these days, many people head there to discover this wonderland with their own eyes. (Photo by Antony Stanley via Flickr)

Where Is Ranomafana National Park

In the middle of Ranomafana National Park is Haute Matsiatra, which is about 420 kilometers southeast of Antananarivo. You can reach the village Ambositra thanks to the RNZ by car or by bus one and a half days from the capital, connected with a worthwhile stay.

The trip usually takes about ten hours to complete, depending on the road’s condition (generally easy to drive). Take RNZ to the RN45 and follow the signs. Although well asphalted, this road is congested, like all roads in the Highlands. A few hours south of Ranomafana lies Fianarantsoa, one of the world’s most famous national parks.

Almost 410 km2 in size, Ranomafana National Park is one of Madagascar’s three most significant national parks and is home to a wide variety of species found in Madagascar. Among the scientific teams supporting the conservation of the valuable forest area over the following years were the primatologist Dr. Patricia Wright, who discovered the golden lemur at this site in 1986. In 1991, Ranomafana was declared as a national park due to the efforts of people in the area.

On the edge of the park, Patricia Wright established the world-famous Centre ValBio in 1992, a base for countless research projects into the Ranomafana forest for decades. Moreover, Centre ValBio is also a project aiming to reduce the poverty rate in the villages bordering Ranomafana, train people in the conservation of species, ecotourism, and the environment, and work jointly for its survival. The Tanala people live in this region and are known as “the people of the forest.”

A 2007 UNESCO World Heritage nomination included Ranomafana. This forest offers several hiking routes, just as all national parks in Madagascar do. There is something for every hiker and nature lover, from an hour hike to a 3-day tour. Durable shoes should be brought. As Ranamofana lies in a valley, it’s easy to get there, but the paths are muddy. You also have to climb a lot of stairs, but that can be fun too. 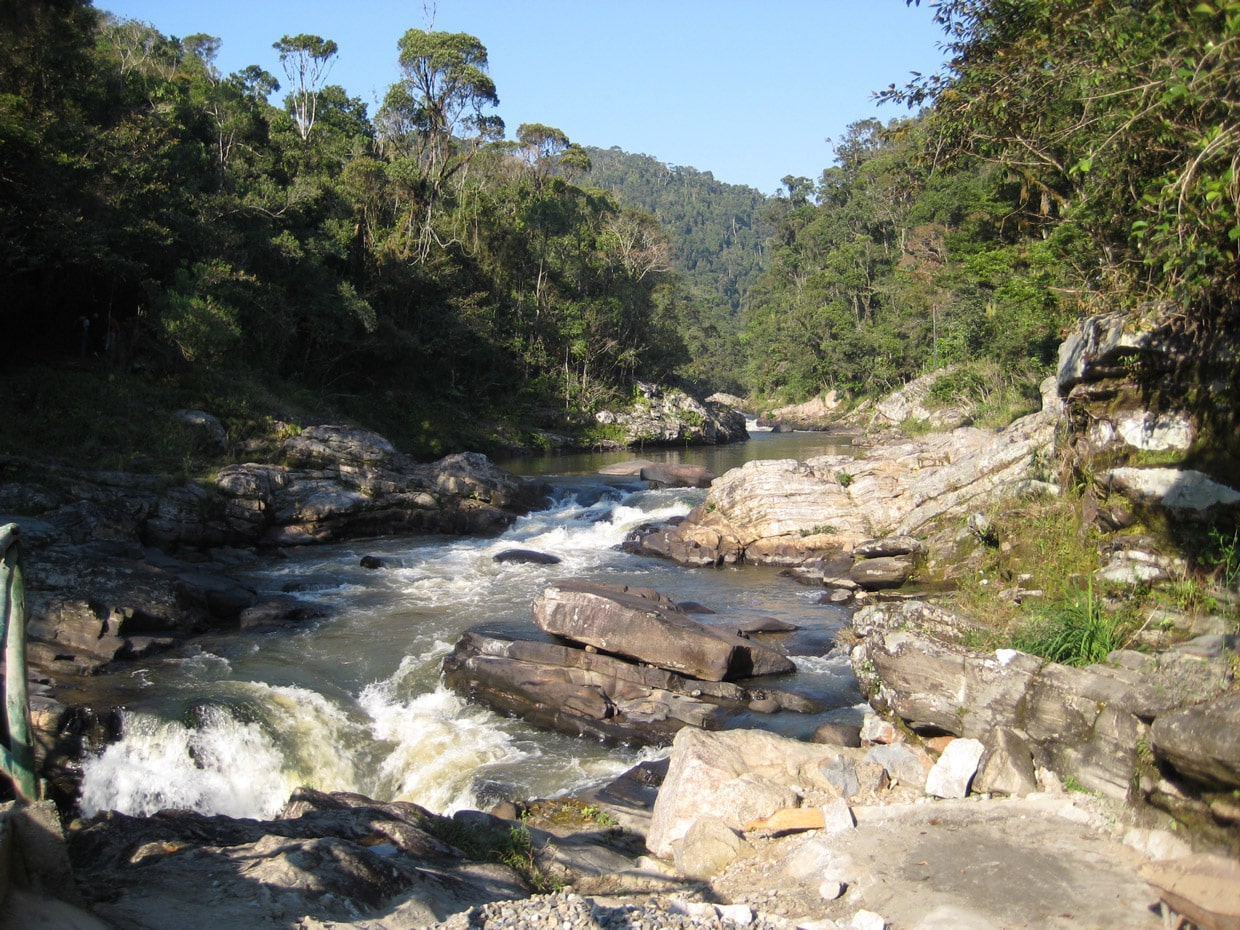 A tropical rainforest, humid tripartite climate characterizes the lands. It cools down considerably at night due to the altitude of about 1000 meters. Almost nobody gets to go to this national park without a powerful rain shower, even in the dry season, since it rains continually and long. Wearing rain boots and waterproof shoes is therefore imperative.

Several travelers have complained about the uncomfortable camping conditions in Ranomafana due to the humid climate – the campsite of the park, rustically furnished, lies directly in the rainforest. However, in peak season between July and September, many excellent hotels are just a few minutes away from the park, though they quickly book too.

It is therefore essential to reserve well in advance. A swimming pool is located in the village, and you can utilize it for a massage. Further, the warm springs that created the collections are conducive to swimming as well. In the small village of Ranomafana, just around 5 km outside of the town, you can find the Park Office, where you pay entrance fees and are assigned local guides. 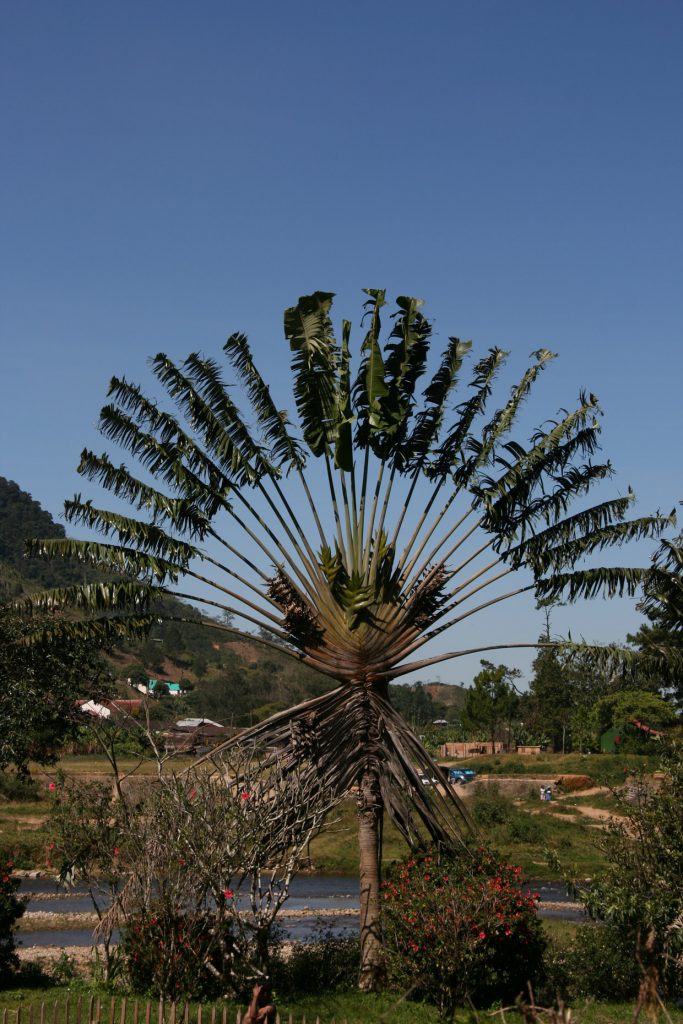 The forest offers a wealth of discovery opportunities thanks to 110 bird species, 90 amphibian species, and around 60 reptile species. Golden Bamboo Lemur (Hapalemur aureus) Hendes to Ranomafana, a park where any person with a bit of luck can witness some excellent sightings of the lemur in the family associations.

A brown and white animal, known as the Propithecus Edwardsi, also dwells on top of the jungle giants and Edward’s Sifaka. In this rainforest, other lemurs, including the Gray Bamboo Lemur (Hapalemur Griseus) and the Large Bamboo Lemur (Prolemur Simus), were thought to be extinct until Centre ValBio rediscovered them.

The Ranomafana National Park is a hotspot for reptile enthusiasts since many magnificent chameleons can be found there.

Here, as well as Furcifer Balteatus, Calumma_parsonii, Calumma O’Shaughnessy, Calumma Glawi, Calumma cryptic with the blue legs, or the Aerangis Citrata, an orchid tiny leaf chameleon common in Ranomafana Palleon Nasus. A careful observer will notice Uroplatus Phantasticus well concealed within old leaves. It might seem like paradise if you like photographing frogs here: Only in a few places you can capture so many different, colorful species on leaves, old bamboo canes, and trees.

Tree ferns and lichens interspersed with the forest enchant botanists, flowering orchids enchant visitors. This magnificent rainforest is home to various animals and plants, many of which are endemic to it. Discoveries of new animal and plant species are continuing. 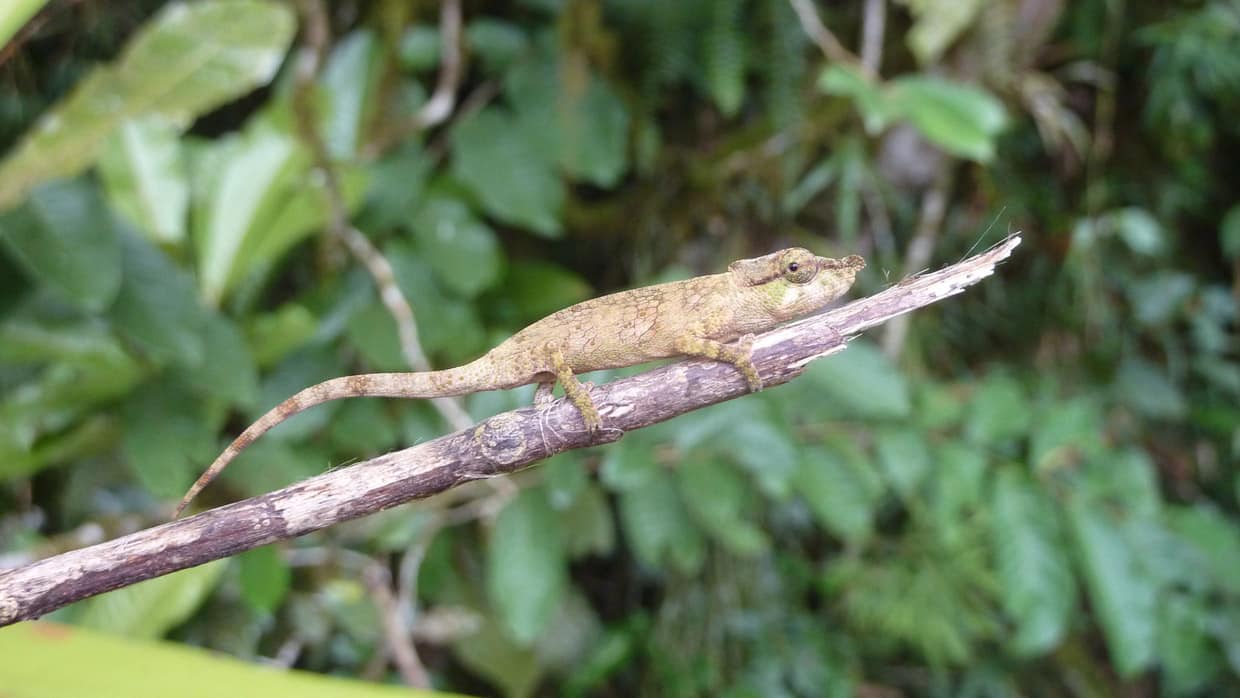 Within the Ranomafana National Park, Steam Lodge is located above a forested river valley. The cabins can see down to the river and the spectacular rainforest below from the hilltop where the bungalows are found.

The Golden Bamboo Lemur and the Great Bamboo Lemur, 2 of Madagascar’s endangered lemur species, were the original reasons for setting up Ranomafana National Park.

Following the stony pathway through the lush tropical gardens full of otherworldly trees and flowers, you will reach the Centre Sejour, offering comfortable rooms with en-suite bathrooms at the entrance to the Ranomafana National Park. A choice of accommodation is available, either in the central hotel or in a separate bungalow a few minutes away. The rooms are practical, considering the hot climate, with tiled floors and whitewashed walls.

The hotel has its private reserve in Mahakajy. You can find 80 different orchid species and lots of chameleons, in addition to being ideally located for access to Ranomafana National Park.