Peking Opera, aka the Beijing Opera, is a 200-years old show originated from the southern Anhui and eastern Hubei, which uses speech, song, dance, and combat.

Peking Opera, also known as the “Beijing Opera”, is the biggest opera in China originating from 160 years ago. It made several ‘firsts’ in Chinese dramas such as the number of artists, the abundance of repertoires as well as opera troupes and spectators. It was developed by absorbing different other dramatic forms like the local drama called ‘Huiban’, which was famous in South China in the 18th century. (Photo by Ana Paula Hirama via Flickr)

Peking Opera is a picturesque art that integrates music, performance, literature, aria, and even face-painting. As many artists practice long on stage, specific rules are set up and regulations are standardized. It is stricter when it comes to the workmanship as compared to a regional play. Combining virtual and reality which is a special tactic of expression is what makes the opera largely free from the constraint of time and space in stage performance. The other names of Peking Opera in history are Jinghuang, Daxi, Pingju, and Jingxi.

The Main Roles in a Peking Opera Performance

This is the common name of the opera’s male characters usually composed of Lao Sheng and Xiao Sheng. Lao Sheng pertains to the middle-aged man with a beard who performs as the decency figure. One example is ‘Empty City Scheme’s Zhugeliang. On the other hand, Xiao Sheng pertains to a young man that has no beard. The man named Zhangsheng in ‘The Story of the West Room’ is an example of a Xiao Sheng.

This is the general name for the female characters of the Peking Opera including Zhengdan, Huadan, Laodan, and Wudan.

The painted face usually pertain to the male characters who have unique personality or appearance, like Caocao and Baozheng.

Chou is either a comic role, a villainous character, or a righteous person. Using a piece of white powder, the actor’s nose is painted white making him easily recognizable. 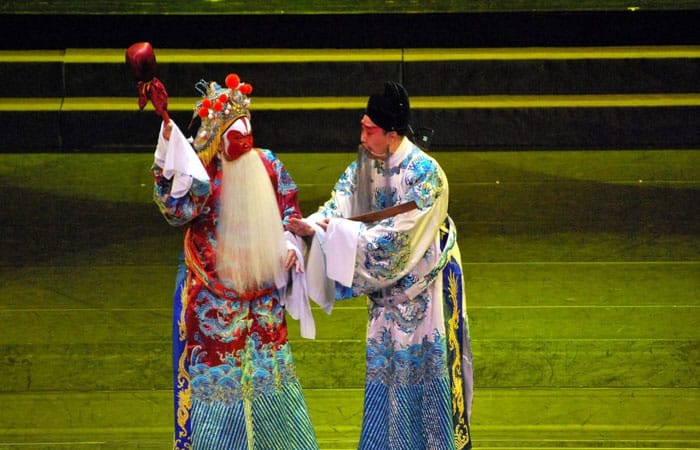 Lianpu, which is colorful dressing on the faces of the actors and actresses, is formed through the long-term practice and understanding, as well as the judgment of the different roles in the plays. The professional spectators can easily tell the characteristic of a role since the artists use transformative and exaggerated figures. That’s why it is also known as ‘the picture of hearts’. Particular formats of the facial painting are used when it comes to color, type, and shape. The eyes, foreheads, and cheeks are often painted like butterfly wings, swallows, and bats.

The Lianpu’s colors usually represent a characteristic. For instance, red signifies loyalty, like Guanyu, who was a great general in the Three Kingdom Period (220-280). Black symbolizes frankness and honesty, like Lord Bao, who was a righteous official in the Northern Song Dynasty (960-1127). It can also mean abruptness and impertinence, like Likui, who was a significant figure in the popular Chinese ancient novel entitled ‘All Men are Brothers’. White, on the other hand, is for cattiness and cunning, like Caocao, who was a popular politician during the late Eastern Han Dynasty (25-220).

Qimo is a universal designation for all forms of stage properties and simple settings that are used in any Peking Opera performances. It usually comes from the experience of real life. For instance, a certain actor can rehearse the scene of galloping the horse by simply using a horsewhip without the need to ride an actual horse on stage. Another example is a bridge that is made up of 2 chairs that are standing on each side of a table. Storms can be depicted on the stage by dancing performers with umbrellas.

There is a lot of popular masters who are good at performing Peking Opera. Probably the most notable and well-known locally and internationally are the Four Famous Dans namely Mei Lanfang, Cheng Yanqui, Shang Xiaoyun, and Xun Huisheng. They are experts in acting the role of Dan and each of them has his specific creative feature. Examples of their wonderful performances are ‘Farewell My Concubine’ of Mei Lanfang, ‘Injustice to Dou’e’ of Cheng Yanqiu, ‘Lady Zhaojun Going beyond the Great Wall’ of Shang Xiaoyun, and ‘Matchmaker’ of Xun Huisheng.

Beijing Opera is known for displaying the soul of the Chinese national culture. Its exceptional charm motivates the beliefs of Chinese people. There is absolutely no doubt that Peking Opera is a treasure of the country’s culture. 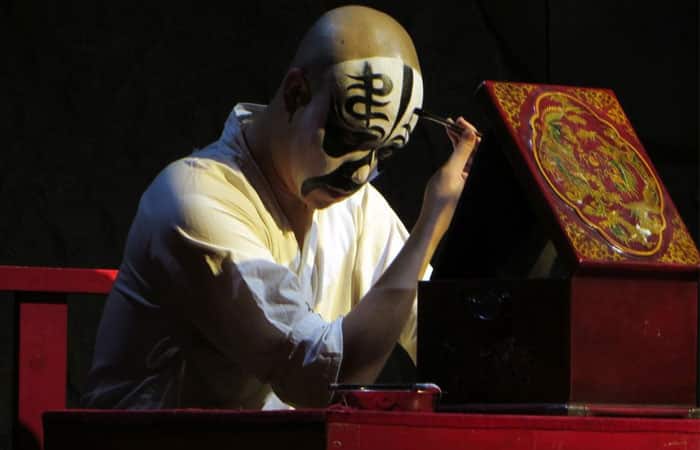 This is the most popular theater for experiencing the Beijing Opera. It is situated in Jianguo Hotel Qianmen and plays performances from 7 pm to 8:40 pm daily except on the Chinese New Year’s Eve. Its most frequent shows are The Crossroads, Autumn River, Pick up the Jade Bracelet, and Farewell My Concubine. Ticket prices range from CNY 200 to CNY 580.

This theater only has opera performances on Fridays, weekends, and official Chinese holidays. It also has cheap prices ranging from CNY 50 to CNY 380. Beijing Opera Theater is located in Ping’anli Xi Dajie, Xicheng District, and has a seating capacity of 1,000.

Named after the exceptional opera Master Mei Lanfang, this theater has an audience capacity of 1,008. It is also located in Ping’anli Xi Dajie, Xicheng District and the ticket prices range from CNY 50 to CNY 280. 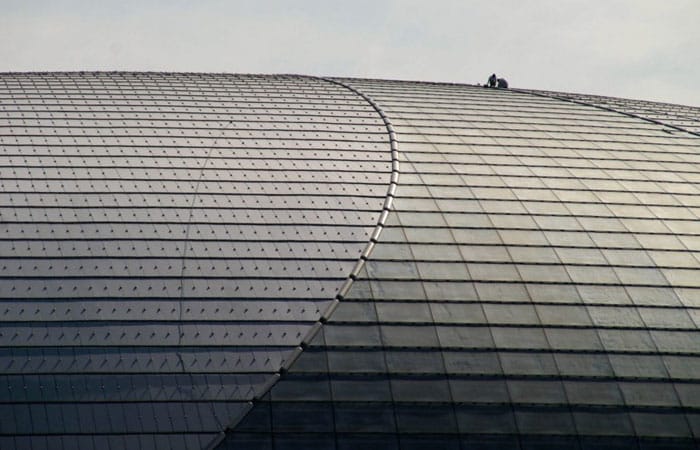 National Center for the Performing Arts in Beijing, China

As the Chinese patterns are used in the design of the costumes, they are fantastic in Peking Opera. Usually, hand sewing and embroidery are used to prepare these costumes. Have you ever been an audience of the opera in China? Feel free to share your comments and thoughts with us. Besides, you can leave your questions as well so that our professional guides will reply as soon as possible.

The Sustainable Berlin of the Future Private Bike Tour