Patara – The Longest Beach in Turkey

Patara is said to be Turkey’s longest beach. You can walk throughout the 18-km sandy beach to appreciate the pure beauty. Patara beach is a delight; no matter if you enjoy a great walk or horseback riding on the shores, or you like sunbathing and swimming on an untouched natural beach, without the crowds. Even during the tourist peak, the beach is not that crowded.

Patara was the leading marine and industrial port on the south-western coast of Lycia. It is located on Turkey’s Mediterranean coast just next to the new small town of Gelemiş, in the Province of Antalya. In 270 AD, St. Nicholas was born in Patara. He spent the remainder of his life in the neighboring village of Myra. (Photo by Borya via Flickr)

You might think that this beach is the only reason to travel to Patara. However, there is also the ancient city that you must pass to reach the beach. As a matter of fact, they got the name of Patara Beach from the ancient city of Patara.

Things to See in Ancient Patara

Many really old monuments lie in the Ancient Patara, along the road that ends at the beach. History lovers know the value of these monuments. The city ruins and other things there are definitely worth visiting as they demonstrate a big part of history and untold stories about this part of the land. Here we made a list of some of the most famous monuments there.

As a significant harbor town, Patara used to have a lighthouse as well. It is known to be the world’s most antiqued since it is nearly 2,000 years old. It is believed that the lighthouse, constructed about 60 AD, was about 16 to 20 meters long. Lots of scientists believe that the lighthouse was ruined in a tsunami.

Added to wishlistRemoved from wishlist 0
Add to compare
From: $500.00

Because all of the remainders were all discovered in the same place, it seems to make sense. Not much of the lighthouse is still stable and undamaged nowadays, though there are hopes for rebuilding.

The lighthouse can be entered from the Roman ante temple, going through the track path that leads to the southern part of the marsh. Taking the short route that results in the left at the end of the route, tourists can easily reach there. They also can approach the lighthouse from the beach. All they have to do is to go through the dunes. Going from the beach might be a bit difficult, compared to the first one.

The theatre has a Roman-era skene (Stage Building) with two floors and five doors leading to the proskene (Stage). In the northern section, it should have had a portico, including columns. It’s assumed from a picture taken at the end of the 19th century that the skene seemed to be in a much better condition at that time. It might have experienced damages from earthquakes during the last century.

The theatre itself is rooted in Hellenistic culture. Carvings as well suggest that the theater was reconstructed at the beginning of the 1st century AD by Polyperchon, a monk of Apollo, and this timing is confirmed by another manuscript. After the destructive earthquakes, the theatre may have needed some reconstruction.

A long manuscript on the external surface of the stage building shows that in 147 AD, the Skene was built by a man called Quintus Velio Titionus. It was also adorned with sculptures, paintings, and marble coverings by his daughter, Vilia Procula, in memory of the gods of Augustus, the Patara’s gods, and for respecting Emperor Antonius Pius during the year 147 AD. Quintus Velio also established the top floor and large awning at a prior time.

The Arch of Modestus

The Arch of Mettius Modestus is among the main attractions you will discover when you enter Patara. Interestingly, the Arch of Modestus has tripartite vaults and is now the icon of Patara. Only a handful of these arches have remained in Anatolia. It is positioned on the southeastern section of Tepecik hill. The ruins of an Octagonal Reservoir, employed from the 1st to the 4th century AD, are around 50m south of the arch too.

The Modestus Arch wasn’t really designed as the major gateway to the city. A manuscript shows that this enormous arch, 10 m high and consisting of three arches, was constructed in appreciation of Mettius Modestus by the citizens of Patara, the senator of Lycia and Pamphylia. It was also regarded as the last portion of the canal running from the current village of Islamlar, at 20 km of the city.

One of the four baths of Patara, situated next to the palm trees near the Arch of Modestus, is the Harbor Bath. As the rectangular parts are built concurrent to each other, this places it in the group of Lycian baths. Many aspects from the Byzantine period that appear in the bath have been discovered here despite the terrible devastation.

The bath dates back to at least 140 AD. However, if other information is valid, perhaps it was constructed around 50 and 75 AD, leaving this bath as one of the oldest examples in Lycia. Parts of pottery and oil lamps discovered there, along with mosaics, refer to the 6th century AD. The pavement and the bath were perhaps being used throughout Justinian’s period.

The water heater was the regular hypocaust underground system, and the walls were designed in a form so that the steam would move within them, all over the chambers. Storage blocks have been found in the eastern parts. It leads us to the idea that the bath may have had a prosperous hall. 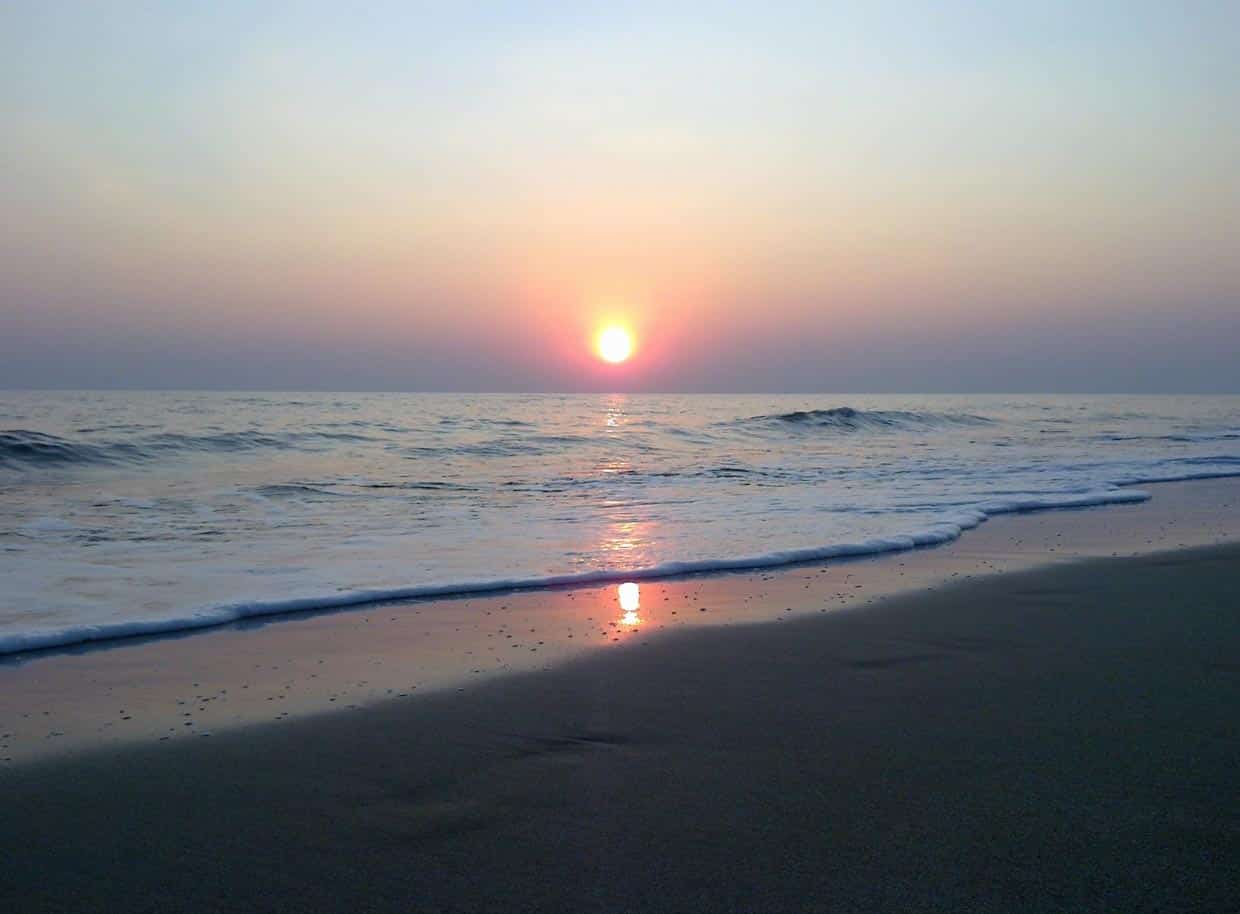 As mentioned before, Patara Beach is famous for its 12-km length and untouched nature. With the native and endangered Loggerhead Turtles and also its archeological site, this beach is secured. The landscape of the beach is breathtaking. Lycia’s stone peaks in the north, whereas the fields below, are surrounded by farms. This place is a real heaven for outdoor enthusiasts, with only dunes, farmland, and a river beyond the shore. Hardly a glimpse of humans is observed.

Things to Do in Patara Beach

Patara Beach is the best place for people who enjoy walking on the sands. You can also try swimming in the beautiful blue waters. This beautiful and unspoiled beach is a great choice for sunbathing too. Nice facilities such as umbrellas and chairs are available for a small charge too. If you are lucky enough to visit there in the right season, you may also be able to see turtles too. However, because some parts of the beach are an important nesting ground for turtles, you may not be allowed to enter some parts of the beach.

The beach of Patara is indeed an incredible location for several water activities, such as canoeing, paragliding, kayaking, and scuba diving. You can hire quad bikes and try horse riding if you are interested in further activities. The horse safari experience gives you the opportunity to ride a horse around the beach.

You can get there by bus or taxi, or drive a car there. After passing Kalhan, You will get off the bus on the Fethiye – Kaş highway. After that, there will be a 3.5-km away (2 miles) to the village of Patara, also called Gelemiş. You can take a taxi or choose to hitchhike to get to Patara.

There are urban minibosses (dolmuş) that leave towns including Fethiye, Kaş, Kalkan to Patara Beach. They work every day so don’t worry. These minibosses all provide secure and easy services to travelers.

Beaches in Turkey get really crowded during the hot months of summer. Hotel rooms are mostly booked, and you may not be able to visit everywhere. Therefore, late September and October might be a better time. The days are shorter, but the weather is not so cold yet. If you want less crowd to be around, you should choose the time after the summer rush. If the crowd doesn’t bother you, choose August.

Many hotels with incredible landscapes are located in Patara. A lot of them are less than 5 kilometers away from the ancient area and the beach. Depending on your budget, you can easily book a room in a luxury hotel or a budget-friendly place, both online and in place. Most of them have outdoor pools, free parking, and Wi-Fi and include a restaurant. Beachside hotels are another option.

A Place to Eat

Many restaurants are located in Patara. The meals contain Breakfast, Lunch, and Dinner. Also, they offer a great deal of Turkish, Mediterranean, European food, plus fast food. Some of them are vegetarian-friendly and vegan-friendly either. The costs are fair, and you can really expect a nice dish in a warm, cozy atmosphere. There are a few local bars and tea houses too if you want something to drink. 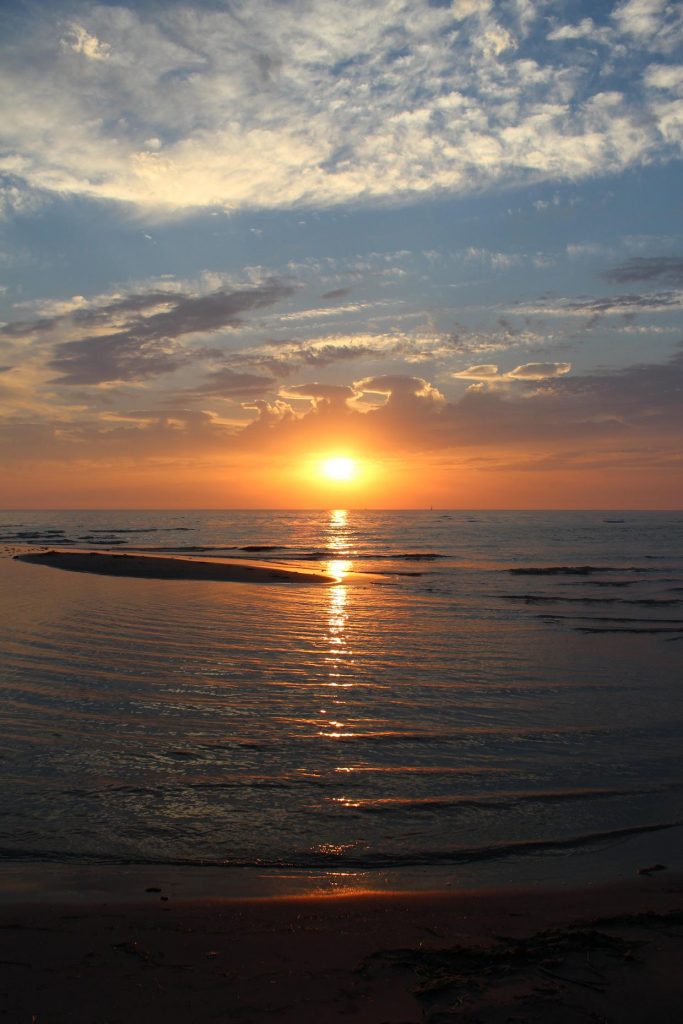 Patara is the destination of many tours in Turkey. Many of them head from Kas and Kalkan, offering interesting activities such as jeep safari, quad bike safari, yacht sailing, cycling, and even more. Booking a tour gives you the access to walk through a combination of nature, history, sea, and culture in a day or more. Also, the company of Professional tour guides makes your trip to Patara more pleasant and memorable.