From 447 BC to 438 BC, the Parthenon building, the biggest Doric Sanctum ever constructed in ancient Greek, took 15 years. This temple was built when the Athenian Empire was at the summit of its power and authority. Parthenon was dedicated to Athena Parthenos, The daughter of Zeus, who was born out of his head. She was the main symbol of Athens and was believed to be its prominent supporter and protector. Iktinos and Kallicrates designed this building for the Great Panathenaic Festival.

As an amazing Doric temple on the Acropolis, Parthenon was made to celebrate the victory over the Persian invasion and the appreciation to the gods. The temple was made in the place of another older temple that was similarly devoted to Athena but was destroyed during the Persian invasion in 480 BC.

The origin of the temple’s name comes from the Greek term παρθενών (Parthenon), which can be translated into the “the rooms of the damsels” in a house. Pertaining to the Parthenon, it might refer to a specific room in the temple.

It has been a matter of debate which room had this value. Initially, the Greek term of Parthenos means maiden, virgin, and unmarried woman. In ancient Greek, his word was exclusively used for Artemis, the goddess of animals, plants, hunt, and Athena, the goddess of war, wisdom, and handicraft.

Similar to other Greek holy buildings, the Parthenon was a great exchequer for the Athenian Empire. In the last decade of the 6th century AD, The building was turned into a Christian church devoted to the Virgin Mary. In the 1460s, After the Ottoman conquest, it was converted into a Muslim mosque.

On September 26th, 1687, the temple and its sculptures were harshly damaged by the Ottoman invasion during the siege of Acropolis. From 1800 to 1803, Thomas Bruce, 7th earl of Elgin, transported some of the marble sculptures of Parthenon to England. This movement was permitted by the Ottoman Empire at that time. From 1975 until now, lots of great restoration plans have been carried out in Parthenon, Acropolis. 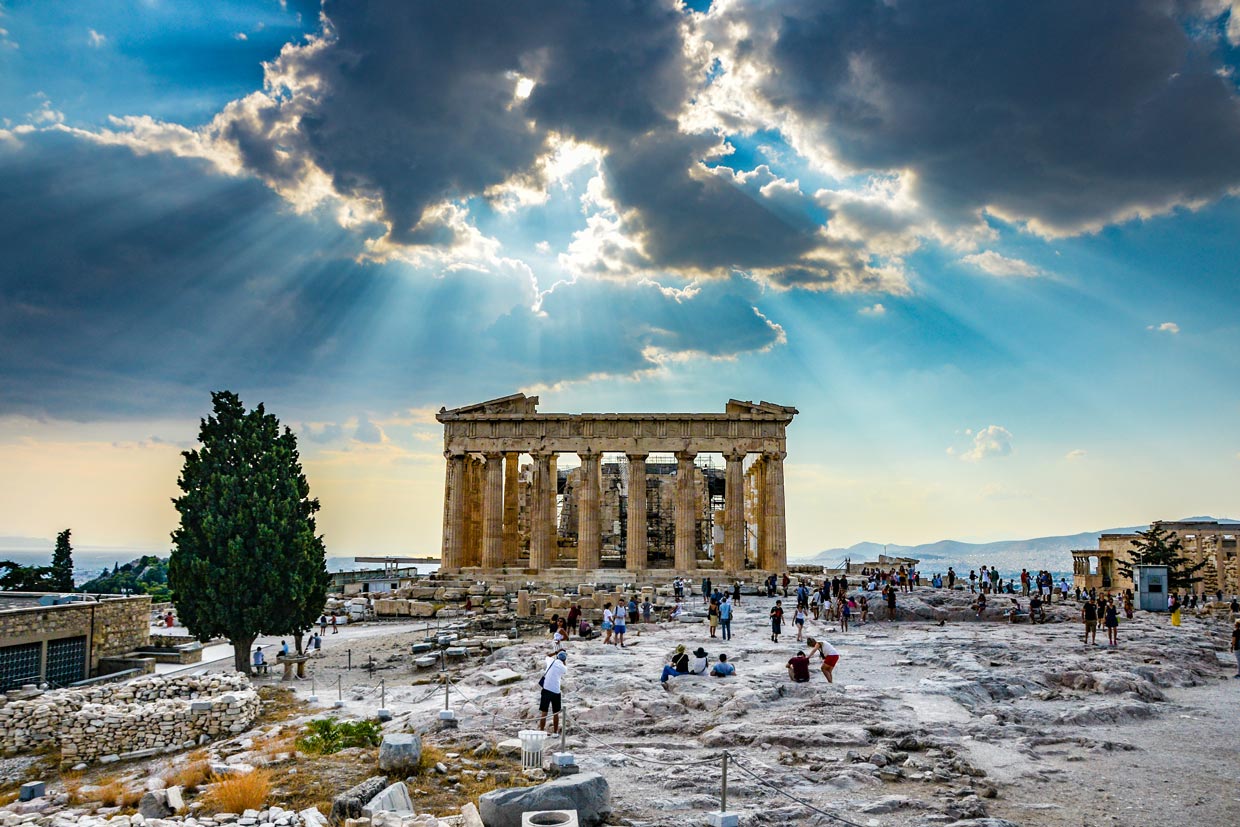 You have two ways of entering the Acropolis. It is possible for you to buy a single ticket for Acropolis solely. Also, you can purchase multiple tickets to Acropolis and six other archaeological sites.

The cost of the ticket during summer days from April 1st to October 31st is 20 €, and during winter days, from November 1st to March 31st, it is 10 €. There are also opportunities to visit Acropolis for free on these dates: March 6th, April 18th, May 18th, the last weekend of September, October 28th, and from November 1st to March 31st, you can enter the site every Sunday without paying for tickets.

The cost for the multiple tickets, both in summer and winter, is 30 €. By purchasing multiple tickets, apart from the Acropolis, you can visit the Ancient Agora, Roman Agora, Hadrian’s Library, Temple of Olympian Zeus, Aristotle School, and the Kerameikos.

Bear in mind that if you wish to visit these sites too, it is reasonable to buy multiple tickets. By doing so, you won’t have to wait in long ticket lines for each part. It is worth to be mentioned that you can book tickets beforehand online via the official website of Hellenic Organization of Cultural Resources Development.

Remember that once you buy the ticket, it is not possible to change the timing of it. The site’s working hours during summer days are from 8:30 am to 8 pm, and during winter days, it is from 8:30 am to 5 pm. Also, the site is closed on January 1st, March 25th, May 1st, Easter Sunday, December 25, and 26. 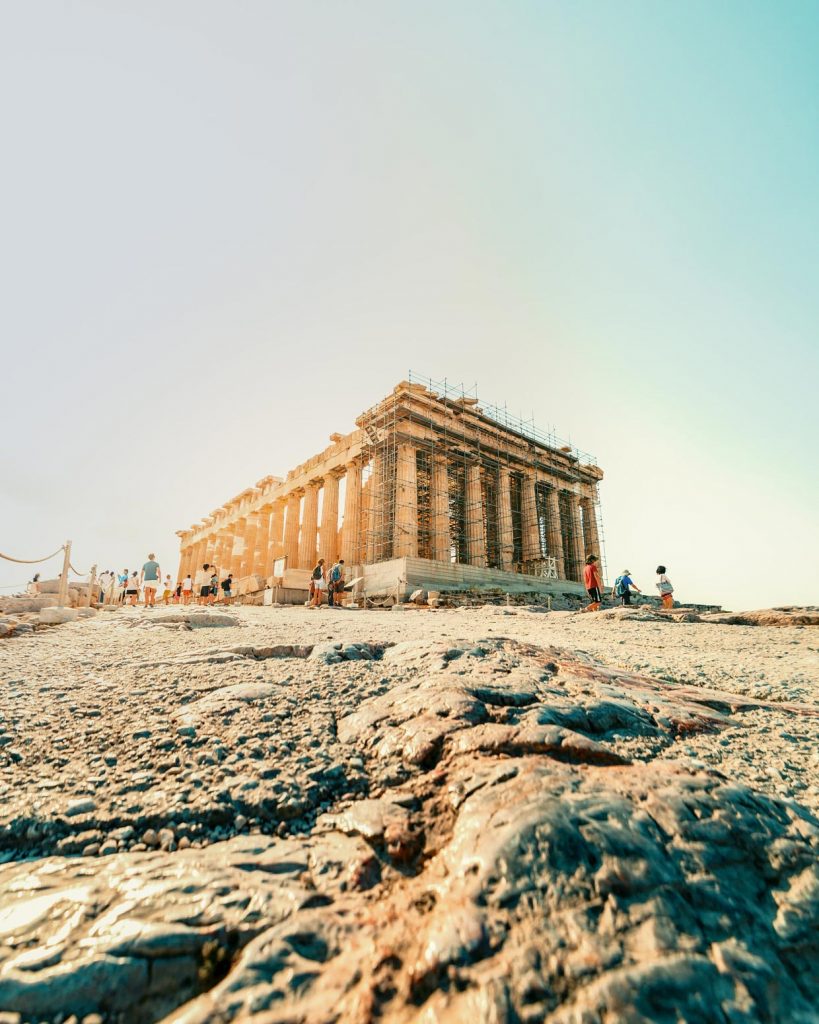 The best time to visit Acropolis during the daytime is the earliest hour. Also, the site is less crowded during one or two hours left to the closing. Try not to go to the site in the mid-day. The crowd is significantly high, and also, the weather is intolerably hot, especially during summer.

You should be aware that cruise ships and vessels bring visitors to the sites from 10 am to the afternoon. As a result, even if you already have your ticket, it might take a long time only to enter the site because of the crowd waiting to enter. Don’t forget that the site will be unbearably hot during July and August.

First of all, we recommend you visit the museum initially. By doing so, you will learn about the history of Acropolis, and also they will show you a documentary in the museum which is interesting and useful.

Then, you can start your journey through the monuments and get to the Parthenon. Another point which is important to remember is that you should pack water and food with yourself. Since you might wait in long lines and spend hours on the site, which is usually hot and takes a long time to explore it all, make sure to bring water bottles with yourself and some snacks.

Near the entrance, you will find some small markets that sell food and water. As the ground is slippery, make sure to wear proper shoes. In addition, wearing sunglasses would be a blessing for you there because of the radiation of sunlight. 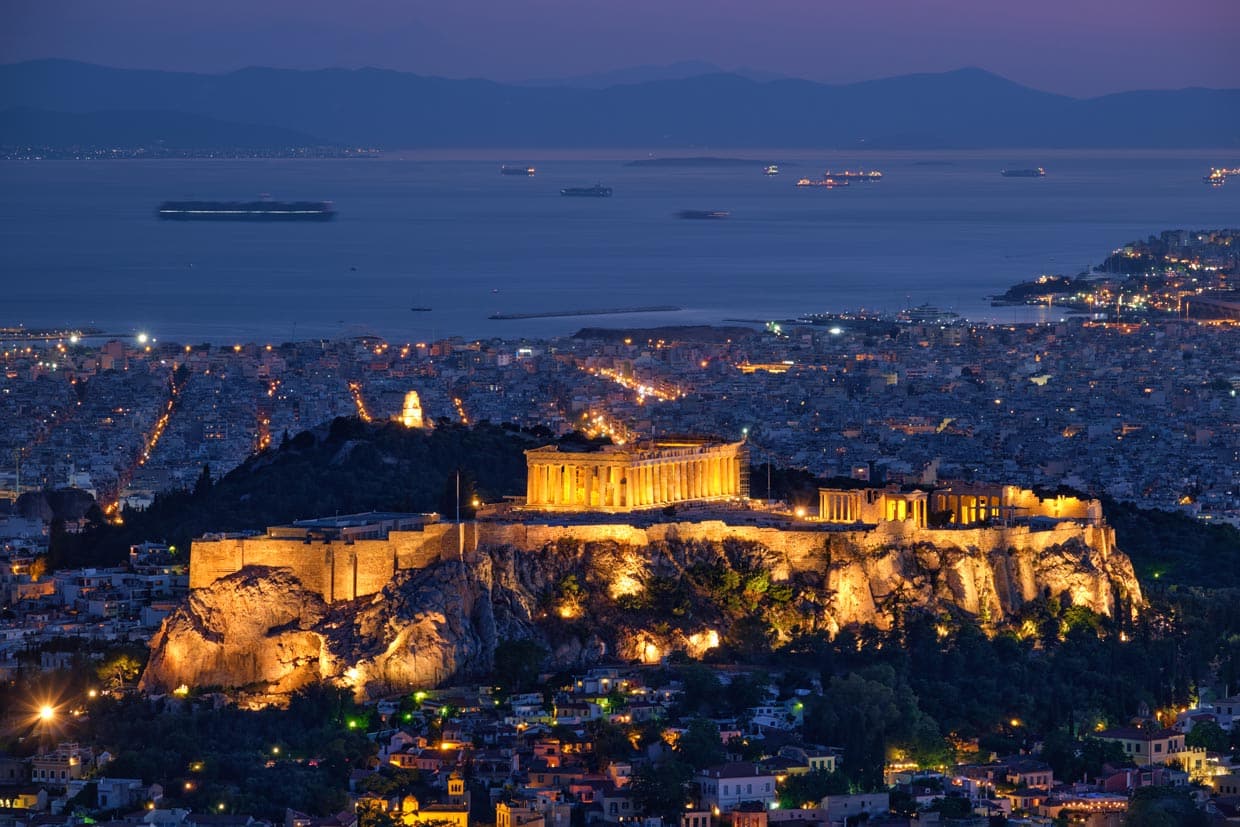 What Do I See There?

When you enter the site through the main entrance, you will face this great gateway into the Acropolis. This gate was built to impress the visitors and show the power and authority of the Athenian empire.

Pheidias, the great carver of ancient Greek, was the chief leader of other sculptors who worked on the Parthenon. Their team constructed the pediments and friezes in vivid colors with gold.

The metopes (an architectural feature that stands in the space between two triglyphs in a Doric frieze), which are carved on the eastern part, illustrate the gods of Olympus battling the giants. In the western region, they depict Theseus as the leader of the Athenian young men to fight against the Amazons. The southern metopes show the competition of the Lapiths and Centaurs at a wedding ceremony, and the northern metopes picture The Iliupersis.

Much of the friezes which are inside the temple show the Panathenaic games. These friezes were damaged in a detonation in 1687, caused by the ammunition stored by the Turks here.

Christians had disfigured some of the segments beforehand, but the most significant part of it, which was almost over 75m long and included the debatable Marbles of Parthenon, were taken by Lord Elgin to England and are kept in the British Museum of London. Until now, British officials refused to give back these monuments.

Roof and the Ceiling

The roof of the Parthenon was colored blue and covered with gold stars. The holy naos was at the eastern part of the ceiling. The inner room of the temple was the location of the statue for which the sanctuary was constructed: the Athena Parthenos (Athena the Virgin).

Pheidias designed this Chryselephantine statue of Athena in 432 BC. In 426 AD, the sculpture was taken to Constantinople and disappeared there. There’s a tiny Roman copy (the Athena Varvakeion) in the National Archaeological Museum of Athens.