Old Summer Palace (aka Yuanmingyuan Ruins) used to be the most magnificent imperial garden during the Qing Dynasty era.

Situated in the northwest of Beijing, the Old Summer Palace is now known as the Ruins of Yuanmingyuan or the Garden of Perfection and Light. The palace used to be a private pleasure garden of the Chinese emperors in ancient times. Initially constructed during the reign of the Emperor Kangxi of the Qing Dynasty in 1709, the garden has undergone several large-scale expansions. The Old Summer Palace covers a total area of more than 864 acres.

The garden is composed of three major parts called Yuanmingyuan, Wanchunyuan (the Garden of Blossoming Spring), and Changchunyuan (Garden of Eternal Spring). The three gardens are usually referred to as one general name which is Yuanmingyuan. There are hundreds of picturesque spots in the garden including intricately built walls, chambers, pavilions, kiosks, rivers and ponds, earth and rock hills as well as the glamorous flowers and grasses from various parts of China. It definitely depicts the true essence of Chinese ancient landscape gardening.

To be unique from the usual traditional Chinese Gardens, the garden construction and horticulture of the Old Summer Palace is a linking blend of classic Chinese scenery and western architecture and design. Some of the popular tourist spots in the Garden of Perfection and Light are the Grand Waterworks, the Throne, and the Labyrinth. It was even called the ‘garden of gardens’ and ‘Versailles of the East’ during its era because of its grandiosity and distinct pattern and style. In addition, the garden was also regarded as an imperial museum which houses a collection of an enormous number of books, cultural artifacts, and treasures. 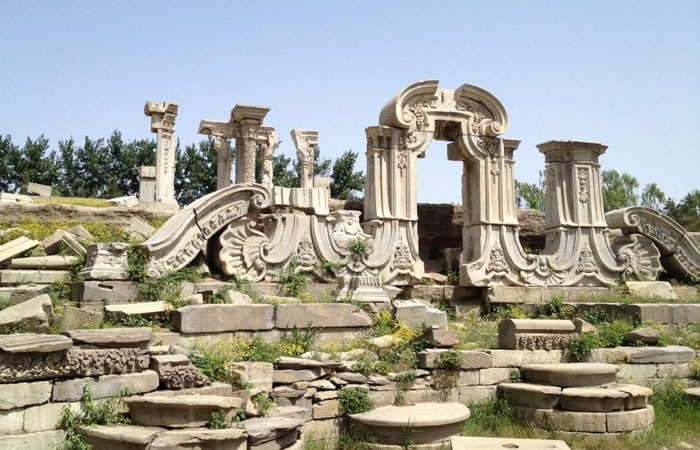 Destruction of the garden in 1860

Unfortunately, a huge number of the said collections were devastated when the garden was burnt down during the war with the Anglo-French Allied Forces in 1860. Today, many of the historical artifacts and curiosities that were used to be exhibited here in Yuanmingyuan are displayed in other countries’ museums such as Bibliotheque Nationale de France, British Museum, Metropolitan Museum of Art in New York City, USA, Oslo Museum of Applied Art, etc.

The other massive majority of the remaining picturesque spots were then damaged in the 1900s. Luckily, a park has been established on the ruin site to protect the area. So, visiting the Old Summer Palace would allow you to imagine the former grandeur of the imperial garden from it’s crumbling walls and ruins. The tourists can also go to the park exhibition halls to take a look at the complete picture of the garden during its ‘heyday’ time. Some of the initial structures and tourist spots were also reconstructed to provide the garden’s visitors a lovely and serene place to relax.

A Lotus Festival is being held in the Old Summer Palace’s park every year from June to August. The best place in the garden to enjoy the beauty of lotus flowers is in the Changchunyuan Garden. 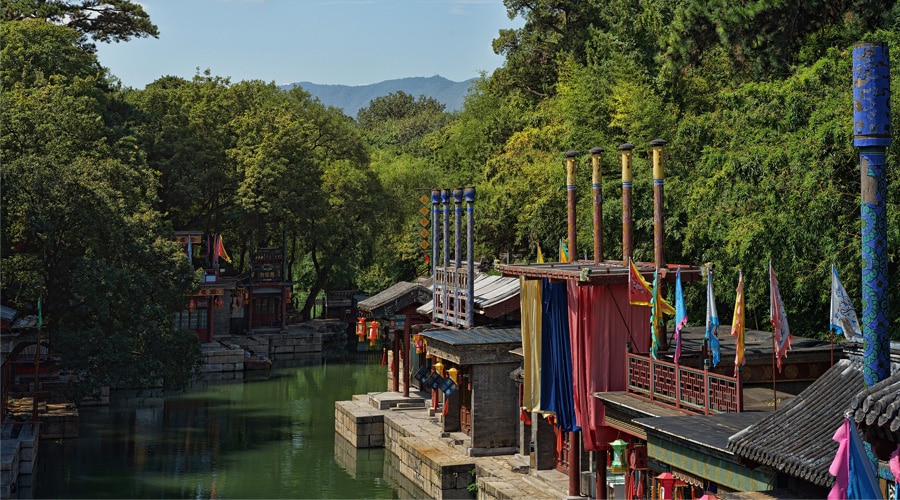 How to get to Old Summer Palace? 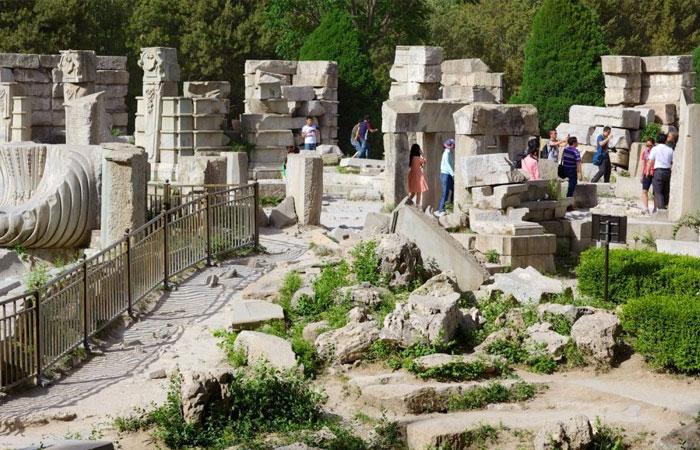 The Old Summer Palace used to be very popular in ancient times. There is a quote from Victor Hugo describing the Palace: “In a corner of the world, it is one of the wonders of the world called Old Summer Palace.” Therefore, its a must-see for you at the time of visiting Beijing. Do you have any more information to add? Don’t forget to share your experience and thoughts with us.