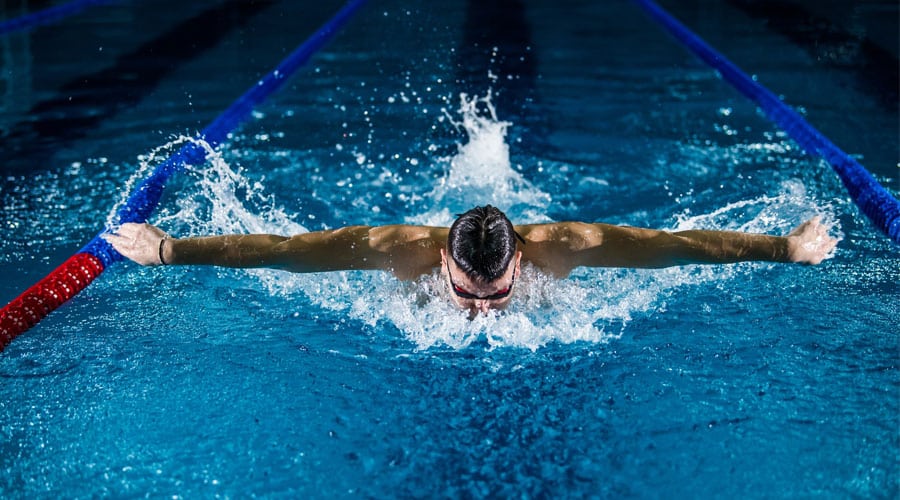 National Aquatics Center (Water Cube) was the venue for swimming competitions in the 2008 Olympic Games built based on the "soap bubble" theory.
September 17, 2022

The National Aquatics Center in Beijing – Also called the Water Cube – is where the official 2008 Olympics swimming facility is located. This center was built from 2003 to 2008 covering a total area of 15.56 acres with 177 meters length and 30 meters in height.

The Center is composed of four floors, which include one at street level, one basement, and two upper floors. Its floor spaces have an area of 7.95 hectares and its basement is about 1.5 hectares. The Water Cube’s underground level functioned as the service area when the Olympics was held in the country. Its first floor is the area for the visitors and tourists while the second floor is where the auditorium is located. It has a capacity of 6,000 fixed seats and 11,000 temporary seats. Lastly, the Center’s third floor is reserved strictly for official business. (Video Credit: John U)

The architecture of the National Aquatics Center combines the Chinese traditional values with high-tech modern technologies. It is China’s ancient tradition to conceptualize Earth as square and Heaven as round. It is then used as the building’s central design theme. In addition, the cube shape is very popular in ancient urban buildings. The Center’s design is based on the traditional style in order to meet the Olympics’ functional requirements.

The National Aquatics Center was designed by Chinese and Australian architects and it was the first structure in the world that was built based on the ‘soap bubble’ theory. It is also the first building that covers a polyhedral steel-framed structure.

The building of the National Aquatic Center is being insulated by an advanced membrane structure called ETFE (ethylene-tetrafluoroethylene copolymer). It is formed by 3.065 bubble-like pneumatic cushions of different sizes; therefore, the Center became the first large-scale public project coated with the said advanced membrane.

The National Aquatics Center was called the Water Cube because of its appearance as an enormous blue box. The structure is blue to reflect sunlight and it shines like a pearl in water during the daytime. Many have recognized the different high technology and green technology used in the construction of the Cube. The Popular Science magazine even chose it as the Best of What’s New of 2006.

Olympics Games and Other Uses

The National Aquatics Center hosted different events during the 2008 Olympic Games including swimming, diving, as well as synchronized swimming. After that year’s Games, the building turns into an international advance center for swimming, leisure activities, and even health-building services.

The Water Cube will also be used as the venue for curling competitions in the 2022 Winter Olympic Games.

This themed indoor water park was first opened to the public on August 8, 2010. It is located in the south area of the aquatics center offering different fun places to its visitors such as Speedslide, Tornado Rides, Passion for Stage, AquaLoop, Kid’s Pool, Pipeline, Wave Pool, etc. 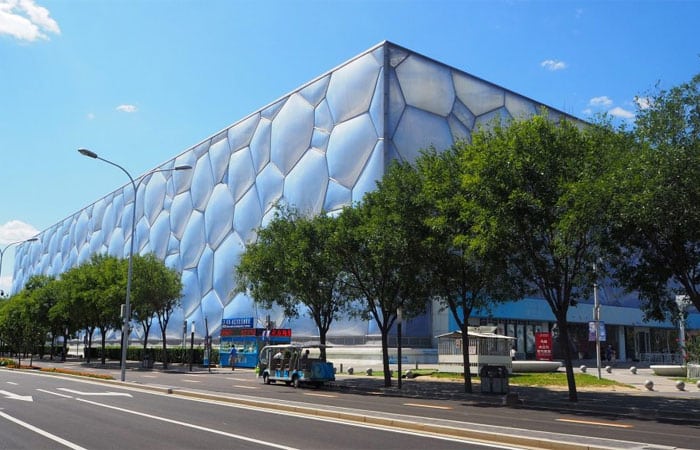 On the 4th floor of the Water Cube’s south building, you can find the Waterdrop Theater that covers a total area of 200 square meters. It is a fully-equipped theater that can accommodate 150 audiences and shows films in 3D or HD laser.

A good place to relax in the National Aquatics Center is the SPA zone which is equipped with international SPA technology and facilities.

The souvenir shops in the building are located in the business section. Here, you will also learn more about the National Aquatics Center and the events that it held during the Olympics.

For swimming and visit

Interestingly, the food and hangout places in the complex are also designed with water-theme patterns. Enjoying your gourmet meals will be more satisfying with the cool and unique styles of the Center’s restaurants and bars. Do you have any more information to add? Feel free to leave your comments and thoughts for us. Besides, if you need more detailed information, let us know and our professional guides will reply as soon as possible.