Are you interested in participating in the mid-autumn festival? These traditional activities interest many people from around the world. The location of these kinds of celebrations also is fascinating for visitors as they decorate them with their Chinese elements. The Best thing about these festivals is that you are invited to all of them by default. Locals who celebrate this happiness and well-being welcome you like their old friends. Never avoid them when they are doing such activities only because you are shy.

Mid-Autumn Festival, also known as the moon festival, is the second most far-flung Chinese Festival after Chinese New Year. As it is believed that it is a particular time of the year in which the moon is at its fullest and brightest mode, Chinese people appreciate this full moon to worship the moon on that day, which is the 15th day of the 8th lunar Chinese month. It was once considered a day like a valentine’s day in ancient China in which, despite the couples showing their love and compassion to one another, single men and women could also wish for a happy marriage. This event takes place in the middle of autumn, but you should calculate the date converted from the Chinese calendar to your own calendar to better schedule your trip. The three-day public day off is a travel peak. If you want to say “Mid-Autumn Festival” in Chinese, you should try pronouncing 中秋节 zhōng qiū jié.

Dating back to about 3,000 years ago, the Mid-Autumn festival roots in the moon worship to glorify the gathering of ripe crops in the autumn season. About 800 to 1,200 years later, people began to use the word “Mid-autumn” to mention the festival in recorded heritage. The famous tradition of serving moon cake on the festival date has a rich history of 1,100 to 1,400 years. It is about 1000 years since the Northern Song Dynasty finally set an exact date as the official one to celebrate it nationwide with solidarity. This historically rich tradition is designed with many fascinating legends and myths told and spread among folklore, explaining the moon worship motive. The most popular one is the legend about flying Chang E to the moon.

It is told that Chang E’s spouse, Hou Yi, was awarded the elixir of perpetual life for accomplishing the mission of shooting down the extra nine suns, which caused people to suffer a lot. But he preferred not to become immortal without his wife and leave her to live in heaven. Whenever he left the house, he entrusted the elixir to Change. Unfortunately, one of Hou Yi’s followers discovered this. On the 15th day of the 8th lunar month, Hou Yi was away from home hunting, that follower crept into their house and coerced Chang E to surrender the elixir. Unkindly, Chang E drank the elixir herself, became imperishable, and instantly left the earth to heaven. As she chose to stay as close as possible to her husband, she flew to the moon, the closest place in the kingdom of heaven to the earth. Hou Yi, in the desire of reunion, served some mooncakes on this day.

There are many artful myths to explain moon worship, eating moon cakes, and other traditions taking place during the mid-autumn festival. For example, you can also read about the rabbit’s tales in the moon, Wu Gang chopping the tree, Li Longji wandering on the Moon Palace, etc. 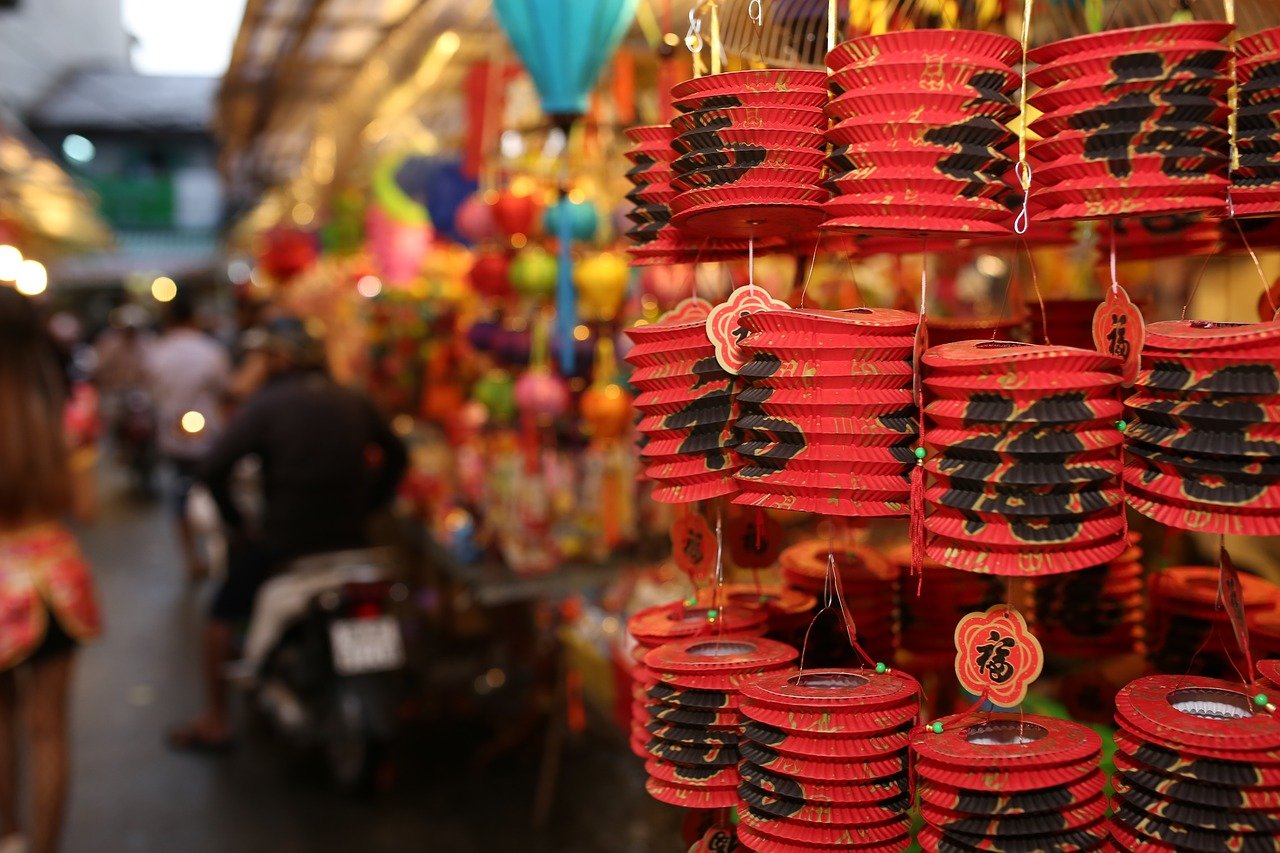 Chinese people serve different kinds of mouth-watering moon cakes to celebrate the mid-autumn festival. There are 12 types of mooncakes classified into four styles differing in origin, sales volume, and features like flavor, filling, crust, and appearance. They are mostly baked round symbolizing the full moon and family gathering. It sounds wondrous to know that once, mooncakes were used for military purposes for delivering messages secretly. 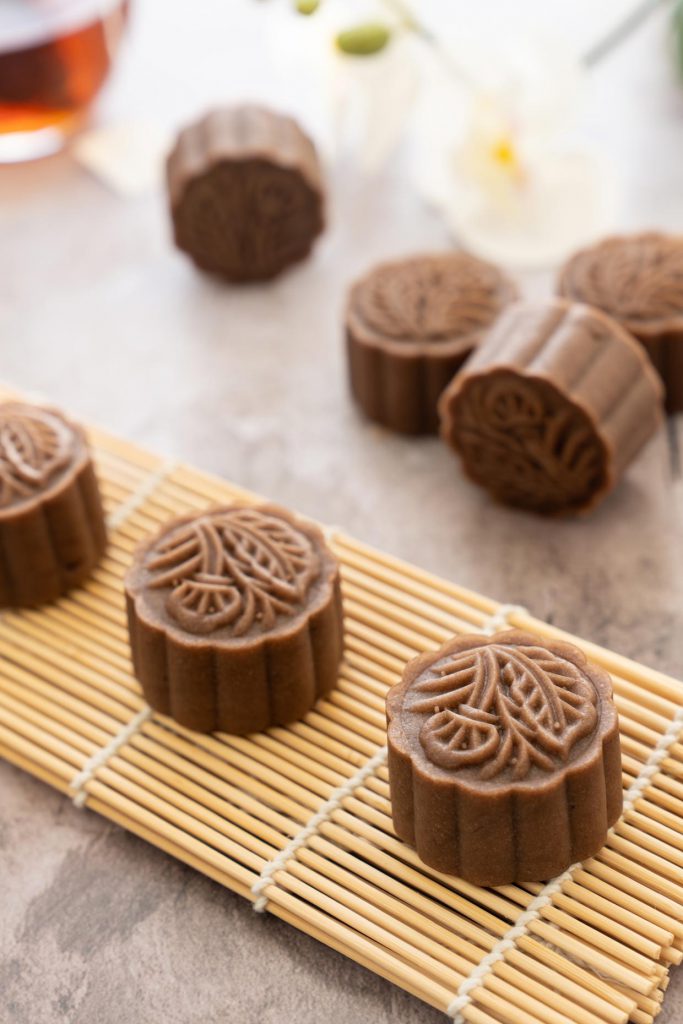 Appreciating and Worshiping the Moon

Just like Hou Yi, who appreciated the fullest and brightest moon to feel close to her wife again, family members feel close to each other by enjoying the moon together even through geographical distances. There is also a 3,000-year-old tradition of setting the table with moon cakes and other sacrifices towards the moon, aspiring, presenting incense, and kowtow to it. After that, it is allowed to share sacrifices. 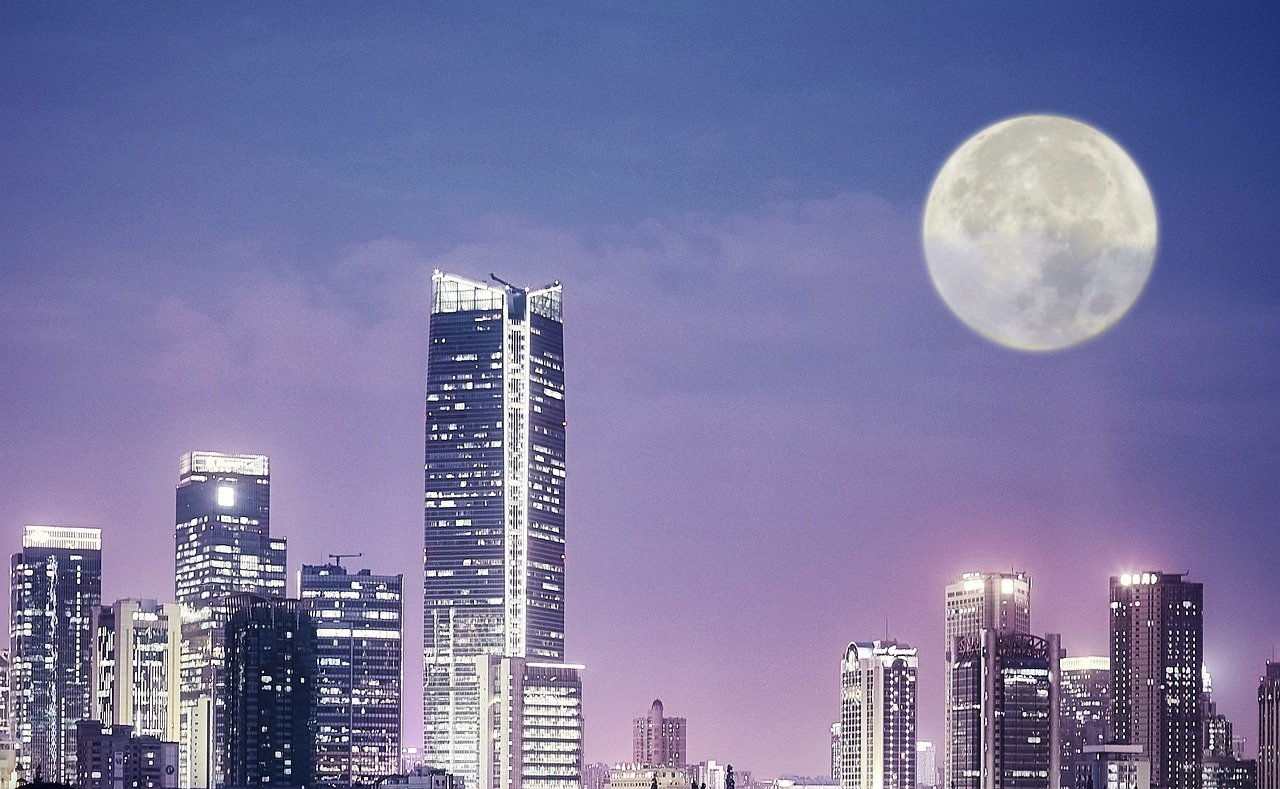 Feasts are meaningless in the East without special foods, so people try their best to use this opportunity to enjoy serving tasty food on the family table. In addition to mooncakes, there are some other trendy dishes for the gathering dinner, including osmanthus cake and wine, hairy crab, duck, taro, pumpkin, and fruits like pomegranate and pomelo. We recommend you especially not to lose the chance to drink osmanthus wine at its perfect blossom when colored in light yellow with strong osmanthus redolence and grape-like flavor, tasting a soft combination of sweet and sour. 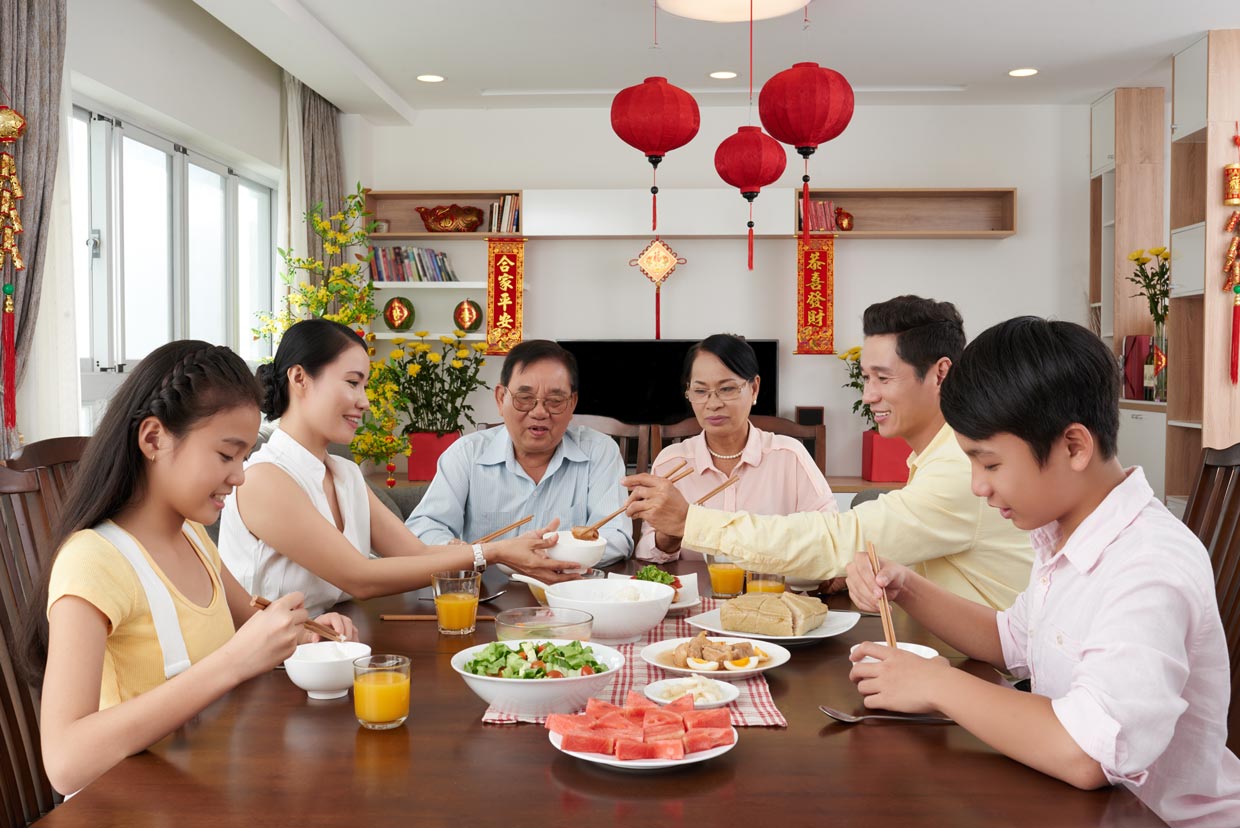 Making and hanging festival lanterns are among those traditionally favored by kids, while adults can also enjoy it. People all around China hang different kinds of colorful lanterns wishing good things to happen for them and making the atmosphere more festive. Still, this tradition is mostly appreciated in Guangdong and Hong Kong areas. 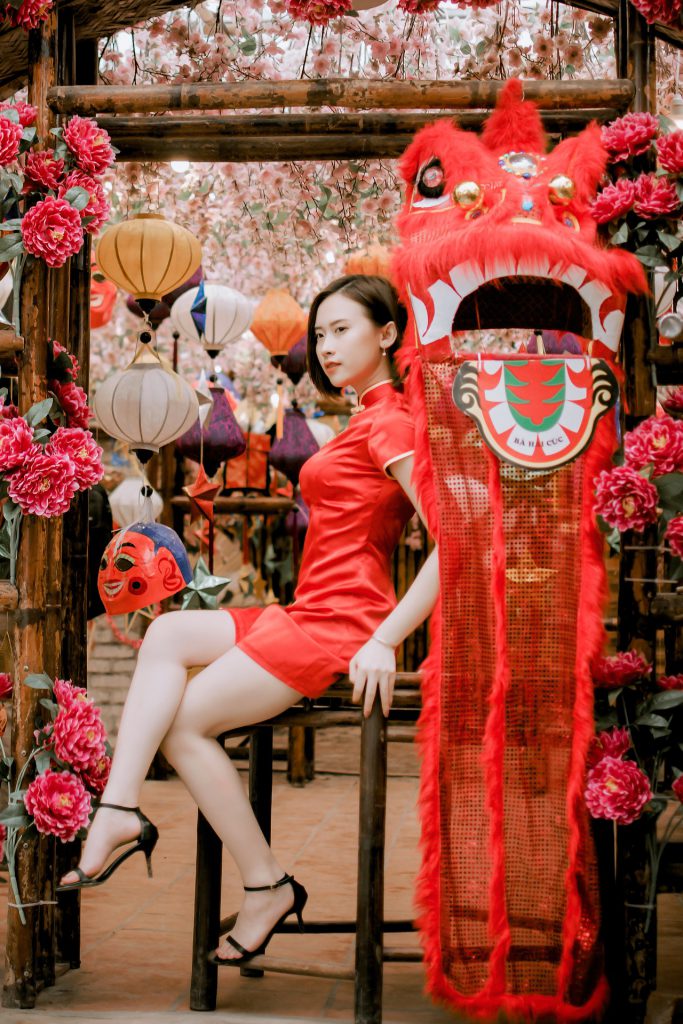 There are so many other traditions among China’s vast land to celebrate the Mid-Autumn Festival, including wearing unique costumes, fire dragon dance, playing Lord Rabbit, and observing Qiantang River Tide in Hangzhou, etc. While this is initially a festival among the Han Chinese, other ethnic minorities also celebrate it with marvelous customs, such as chasing and seeking the moon and dancing in its moonlight.

As long as the mid-autumn festival is mostly tied with the moon, the best places are usually the best sites suitable to appreciate the full moon. For example, waterside Shichahai, Beihai Park in Beijing, and the Lake in west Hangzhou, where the full moon duplicates its beauty with its reflection in the water, are flat places suitable for appreciating the moon. Still, high places such as the World Financial Center, Jinmao Tower, and the top of Yellow Mountain are the places you can feel closest to the moon. Ancient sites like the City Wall in Xi’an are also the right places to choose as a destination due to highlighting this tradition’s historical context.

If you want to greet the mid-autumn festival to Chinese people in their own language, you can use the phrase written below: 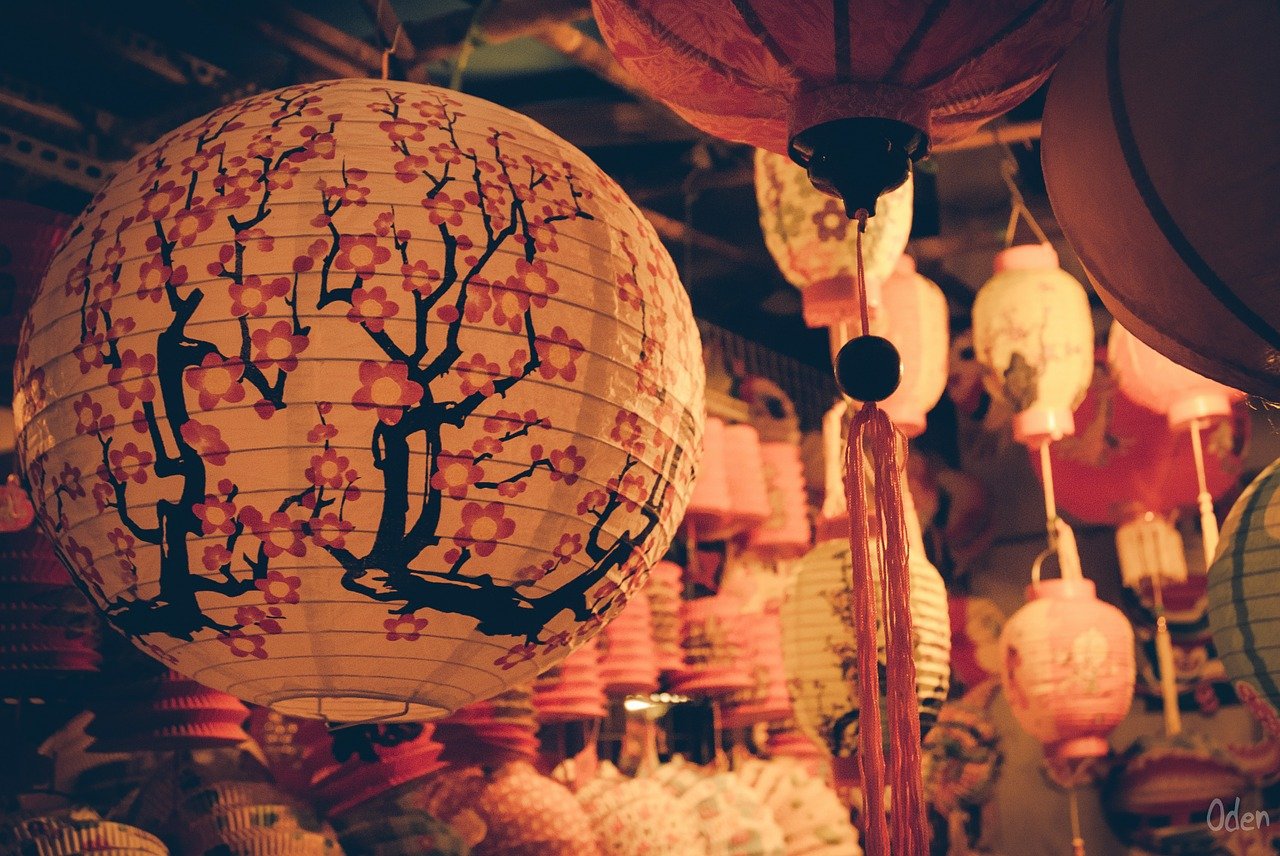 Due to constant links with China and Chinese immigrants, the mid-autumn festival has become known in other parts of the world, especially neighboring countries in Eastern Asia. Besides some similar traditional activities, people in those countries add their own specific ways of celebration. For instance, in Korea, families also gather around, but their exceptional festival food is not a moon cake. They serve Songpyeon, a type of rice cake. In Japan, housewives like to design their houses with flowers and pampas grass to worship the moon ceremony and appreciate the full moon; in Vietnam, it is more like children’s happy days despite serving moon cakes. 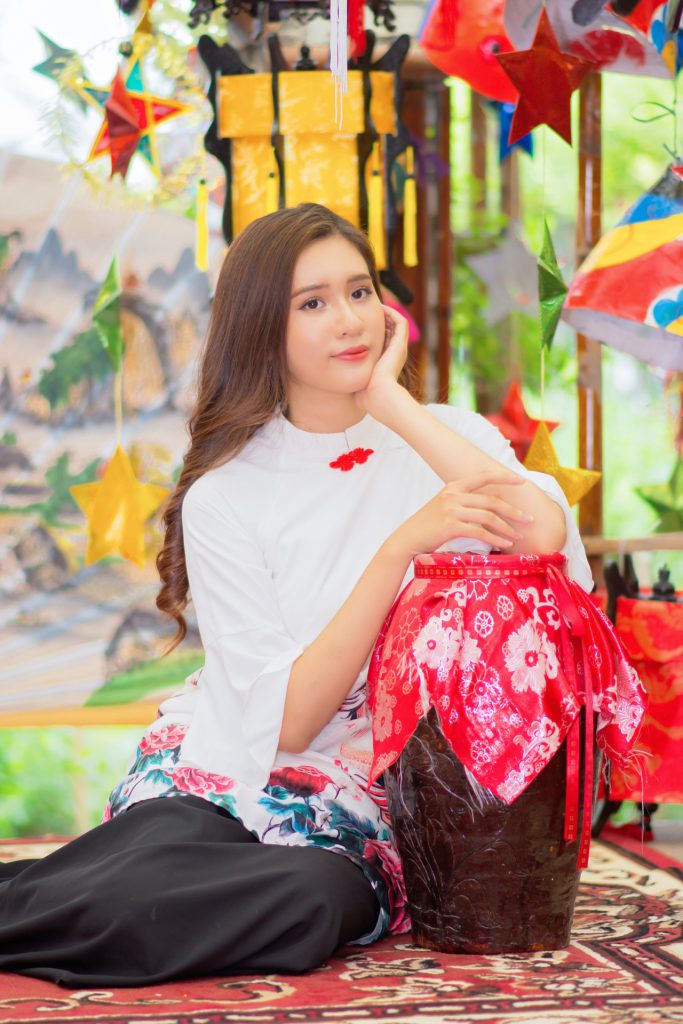