Located on the southwest of West Lake, this place is the original location of Longjing Tea, which has earned the title for the best tea village in China. The Longjing Tea is Long (Dragon) and is considered as the best one among all the original places

Longjing Tea Village, also known as Dragon Well is a small village in Hangzhou, located upon the hills on the southwest side of the West Lake. This place is around 1,200 years old and is home to Longjing Tea. The best tea in China is also praised as the “Green Queen” and “Golden Card”. This village is perfect for walking and it’s a must-see for lovers of natural sightseeings. Hangzhou’s Longjing Tea plantations help you get a better understanding of the Chinese tea culture. This place is beautiful throughout the year; however, the best seasons are fall and spring. (Photo by © Vladimir K via Flickr)

Green tea has many types, and Longjing Tea or Dragon Well Tea is one of the bests in China. This tea is grown in the area surrounding West Lake in Hangzhou for more than 1,200 years.

Because of its sweet flavor and overpowering scent,  Longjing Tea is called “Green Queen” and “Golden Card”.  The villagers grow Longjing Tea in the arable lands of the village. The reason the grounds are so lush is the lovely climate of the area and the high mountain located around.

You can visit the plantations to feel the essence of Longjing Tea and understand the substantial impact of the tea on Chinese culture. 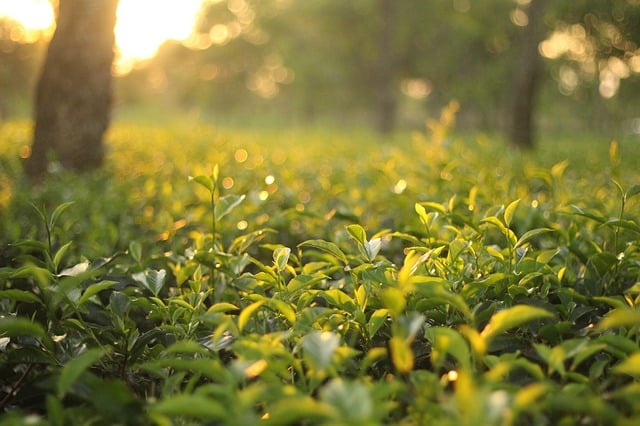 Regions in the south of Yangtze River and Hangzhou were often visited by Emperor Qianlong of the Qing Dynasty. In one of his travels, he visited Longjing Shifeng and learned how to pick tea.
On that day, he heard his Queen Mother became sick. When the emperor went back home, he returned to his mother. The Queen Mother smelt the Longjing Tea from the emperor’s sleeves and after drinking the water of the tea, felt much better.

Excited about his mother getting better, Emperor Qianlong adored the Longjing Tea and sent an order for the people to pick the tea every year and send it to his mother queen as a present. It was after the time that the Longjing Tea achieved its fame and became the best tea in China.

There is also a local myth about the name Longjing. It is said that in the old days, there was a spring that ran in the village and people thought the water is a courtesy of the Chinese dragon. Based on this, the people of the village put a carving dragon head on the spring which water was flowing through its mouth.
Later, a geomancer felt that the water from the spring is magical. So the geomancer suggested digging a well there, and since then, the name Longjing or Dragon Well came into use. 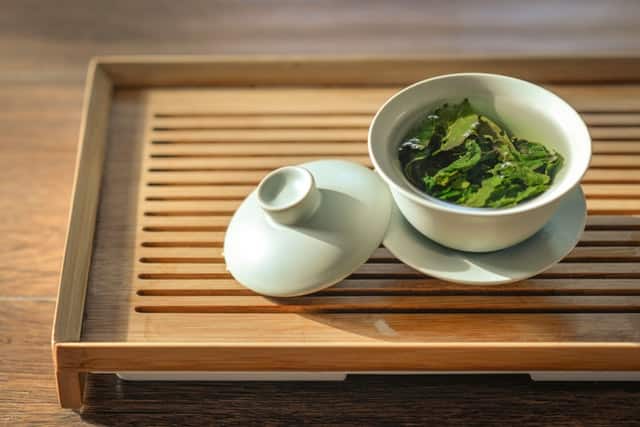 To experience the pure form of Longjing Tea, visiting the plantations in Hangzhou is recommended.

The name of the Meijiawu Village is integrated with Longjing Tea. This small village earned its fame through multiple visits by Zhou Enlai, the Premier of the People’s Republic of China informally knows as Prime Minister.

In this village, you can see beautiful mountains, waterways, and pretty houses next to tea plantation fields, like a well-painted picture. When visiting the Meijiawu Village, the air is filled with scents of different types of teas, and if you are lucky, you will hear the singing of little birds too. These exceptional features would bring an enjoyable and relaxing experience.

You can also buy Longjing Tea here as a gift or souvenir for your loved ones. There is a tax-free store in Meijiawu Village where you can easily buy the local tea.

If you want to get a better grasp of tea picking, you can do it during harvest season in March and April. During April and May, there is another interesting event in Meijiawu Village. If you visit the village before and after Tomb Sweeping Day, you can taste the new Longjing Tea of the year.

Longjing village has high mountains surrounding it and has over 800 residents and nearly 800 acres of Longjing Tea plantations. Here, you can visit the farms with their astonishing view as well as the aroma of the tea, which can easily make you relaxed.

You can also take a walk to the Hugongmiao Temple at Shifeng in Longjing Village. There you can see the “eighteen Emperor Tea Trees” where Emperor Qianlong did his tea picking. 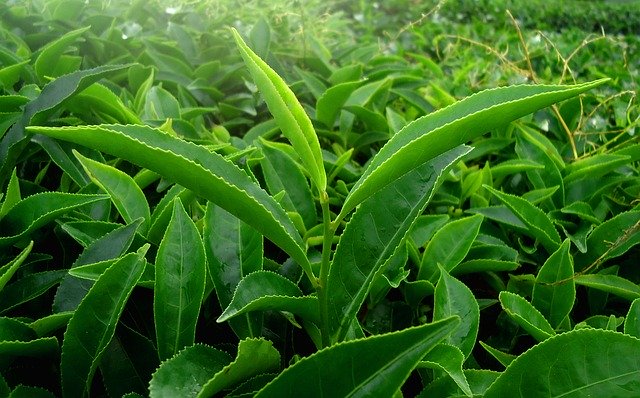 As you probably know, tea is a crucial element in Chinese culture and many customs like the Chinese Tea Ceremony are considered as an important event among the people of China. What’s your idea of Chinese culture? feel free to share your thoughts with us!

The Sustainable Copenhagen of the Future Biking Tour