Kunming Lake is the beautiful man-made lake in the Summer Palace area of Beijing. The lake along with the Longevity Hill offers a fantastic landscape.

Kunming Lake is the name of a famous man-made lake inside the Summer Palace, located in Beijing, China. The Lake, as well as the hills and other areas of the garden included in the Summer Palace, are considered a must-see attraction of China. One of the prominent and well-known elements near the lake is called longevity hill, which is about 200 ft high (60 m) and offers a mixture of buildings as well as natural vegetation along with beautiful trees.

This lake used to be a much smaller water source near Beijing. Before this water reservoir becomes a man-made lake, it was also known as the great lake, jar hill lake, and golden lake. These names, among other names, refer to before the time when Beijing became the capital of China during the Yuan dynasty.

Developments of this water reservoir began in the late 13th century and carried on during the later dynasties until it became an entire complex of gardens, islands, hills, and the lake itself. The man behind the first adjustments was Guo Shoujing, who redirected the water from several sources into the lake for irrigation purposes. The fertile ground around the lake brought about natural vegetation, which inspired the idea of making gardens and constructing the complex around Kunming Lake.

Most of the expansions took place during the time of the Qianlong Emperor, who used about 10000 laborers for this end. They used the extracted ground as a means of creating three islands and increasing the area around longevity hill. 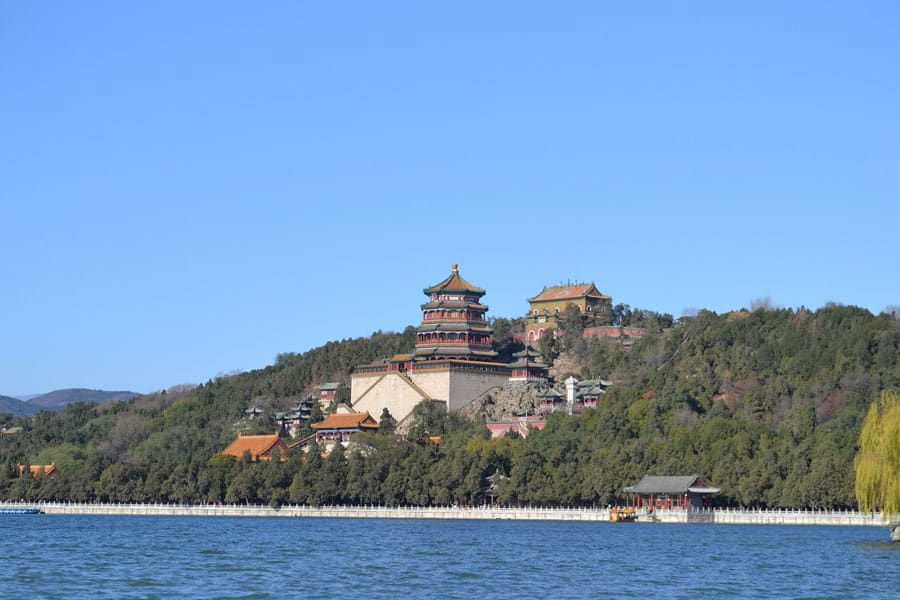 The Area of The Kunming Lake

The Design and Folklore of Kunming Lake

Back when the lake was becoming a water reservoir, there was a danger of flooding during the rainy seasons. There were also several water sources, which also added to the chance of floods. The main reason for digging the lake and expanding it was to reduce the chance of flooding. There is also the belief that the ox statue facing the Forbidden City, located on the eastern dike of the lake, is put there to protect the city and the Forbidden City from flooding.

The three islands in the lake also have symbolic importance in Chinese lore, which represents the three islands of immortals. They also represent the design of “one pond, three hills” which is seen in the traditional ways of Chinese Gardening. Other elements, such as the bridges and the dikes, are also inspired by other important bridges and natural elements in the Chinese landscape. 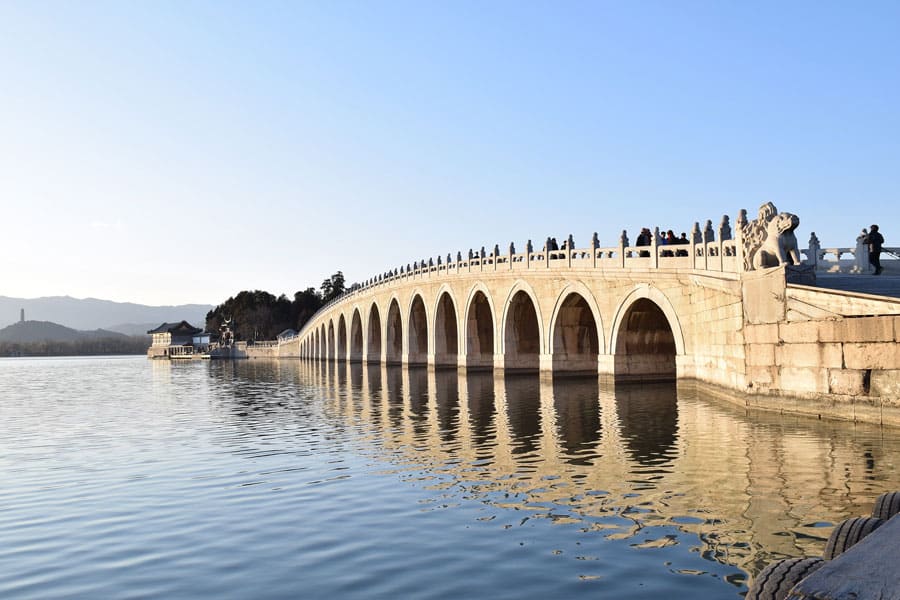 The entrance fee mentioned in the article is for the entire Summer Palace. There are no tickets required for viewing the lake but there are other areas in the complex, which require additional fees.

Cruise in the Heart of the Amazon Rainforest